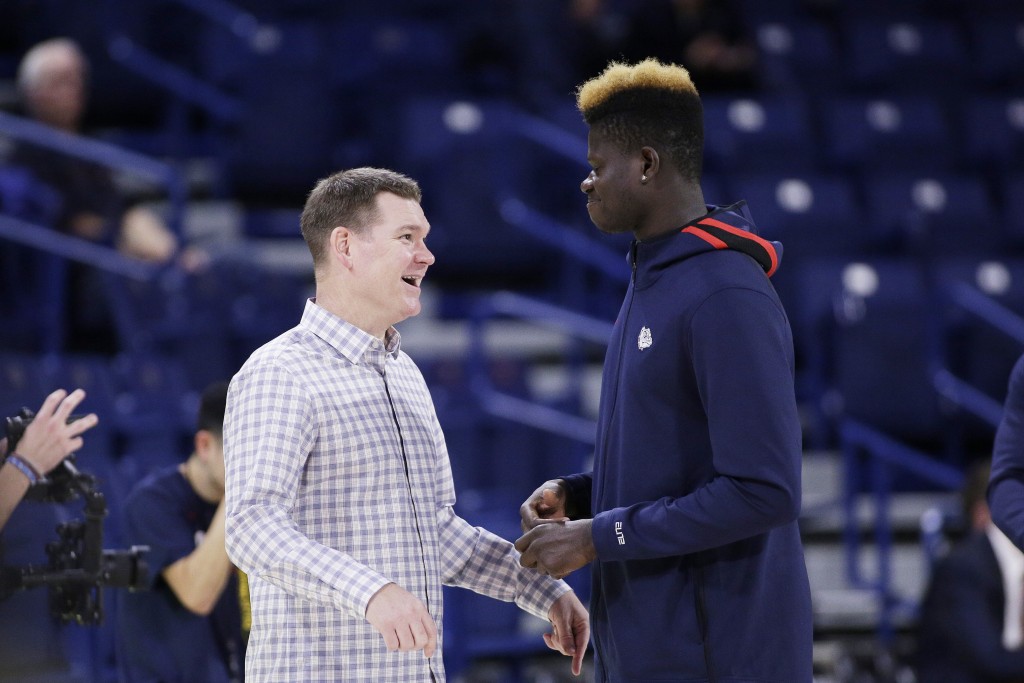 This win was relatively easy, after Gonzaga was strongly tested in an 83-79 win at San Francisco last weekend.

Gonzaga made eight of its first 11 shots, four by Timme, to jump to a 17-7 lead. Jordan Bell's basket cut Gonzaga's lead to 32-26 with three minutes left in the first.

Gonzaga led only 38-30 at halftime, despite shooting 61% while holding the Lions to 43%. Loyola Marymount did not shoot a free throw in the first half.

Gonzaga has won 37 straight conference regular season games, longest such streak in the nation and a WCC record.

Gonzaga forward Killian Tillie missed his second straight game with an ankle injury, leaving the Zags with a six-man rotation.

Loyola Marymount: The Lions have a solid defense, allowing just 67.8 points per game, but could not stop the Zags ...The Lions have not beaten Gonzaga since 2010 ... Scott (15.7 ppg) is the only Loyola player averaging in double figures.

Gonzaga: The Bulldogs lead the nation in scoring at 88.6 points per game, and in scoring margin at 21.5 points per game ... Six Gonzaga players average in double figures ... The Zags are seeking to go undefeated in the WCC for the second consecutive season.

Gonzaga plays at arch-rival Saint Mary's, currently tied for second in the WCC with BYU, on Saturday. It is the first meeting of the season between the teams.