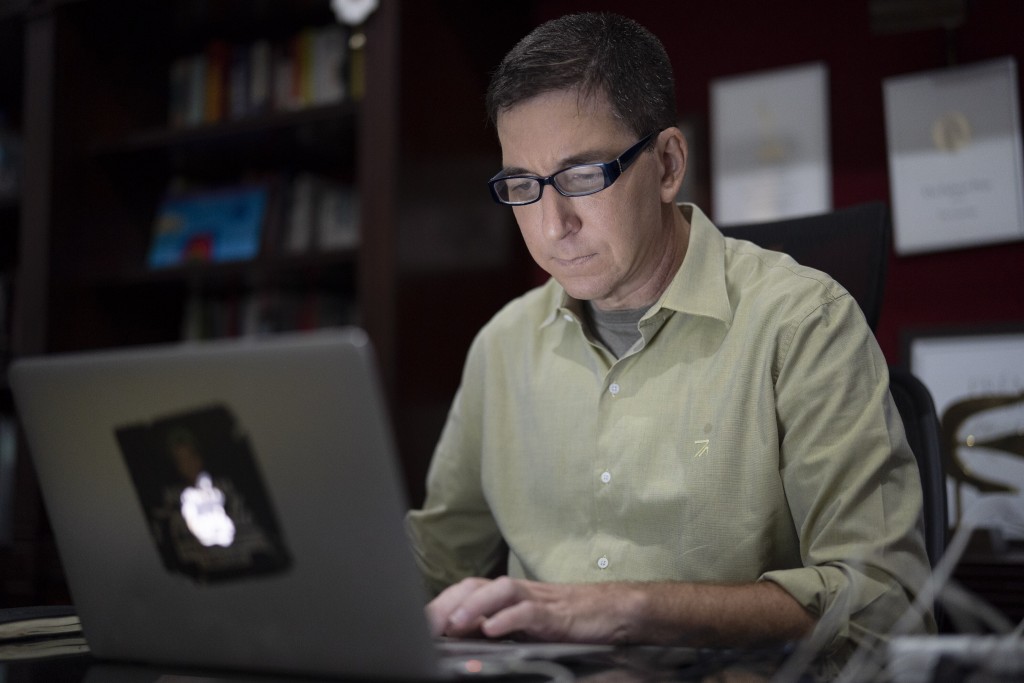 SAO PAULO (AP) — A judge in Brazil’s capital on Thursday dismissed accusations that journalist Glenn Greenwald was involved in hacking phones of officials, following weeks of criticism that his prosecution would infringe on constitutional protections for the press.

Prosecutors last month leveled accusations that Greenwald helped a group of six people hack into phones of hundreds of local authorities, saying his actions amounted to criminal association and illegal interception of communications.

Those groups said prosecutors were abusing their power to persecute Greenwald, an attorney-turned-journalist who lives with his husband and children in Rio de Janeiro. Greenwald’s lawyers called the allegations “bizarre” and said they challenged a previous ruling in the case by the Brazilian Supreme Court protecting freedom of the press.

Thursday's decision by the Brasilia-based judge, Ricardo Leite, invoked that earlier ruling by Supreme Court Justice Gilmar Mendes, who barred investigations of Greenwald and The Intercept Brasil in relation to the alleged hacking.

“My feeling is that the decision of Justice Gilmar Mendes adopted a wide and extensive sense and it does include the interpretation of blocking any action of investigation by the state, both in the investigation phase and in the judicial one,” Leite wrote in his decision.

While rejecting the claims regarding Greenwald, Leite accepted those against the six alleged hackers, who will now face charges as defendants.

The leaked excerpts published by The Intercept Brasil purport to show that Moro, then a judge, was improperly coordinating with prosecutors he was overseeing in a vast corruption investigation.

That probe led to the imprisonment of numerous business executives and politicians on corruption charges, including former President Luiz Inácio Lula da Silva. Da Silva was released from jail in November because he has appeals pending.

While many Brazilians hail Moro as a hero, others believe he unfairly targeted Da Silva and other top leftist figures. Moro is now a key member of far-right President Jair Bolsonaro’s Cabinet.

In Greenwald's case, Brazil’s federal police had previously looked at the same evidence that formed the basis for the allegations against the journalist and determined there was no wrongdoing.