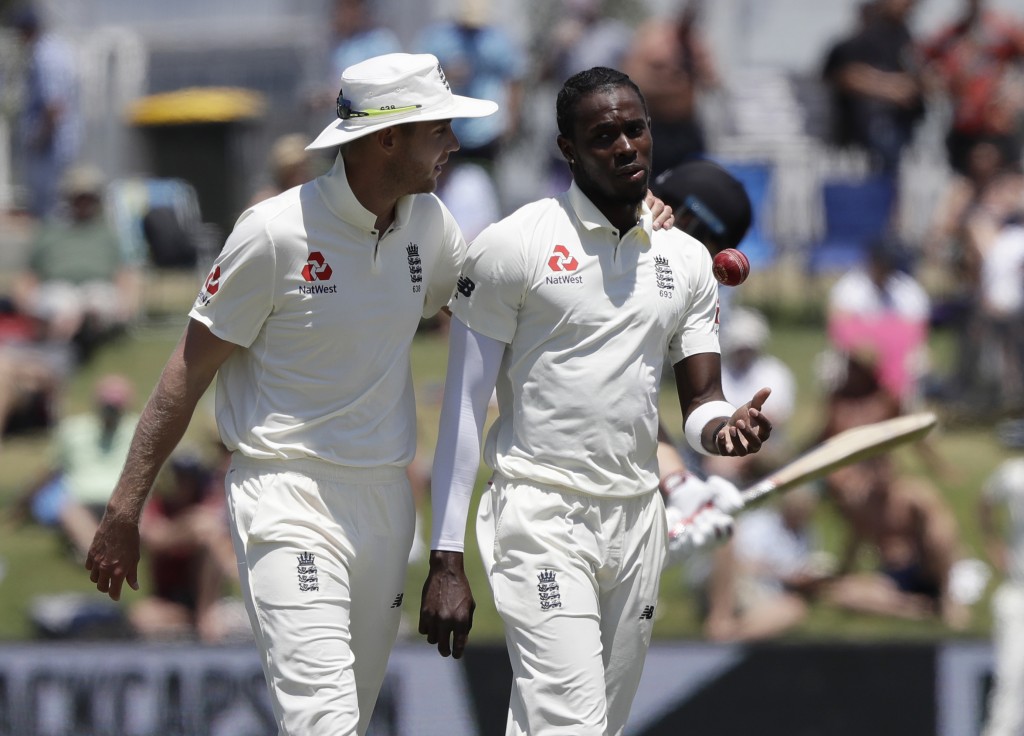 LONDON (AP) — Fast bowler Jofra Archer was ruled out of England's two-test tour of Sri Lanka and the Indian Premier League next month because of a right elbow injury.

The England and Wales Cricket Board made the announcement on Thursday after a scan revealed a low grade stress fracture.

Archer missed the three recent tests in South Africa, and came home when he was ruled out of the three Twenty20s next week.

The 24-year-old Archer was one of several of England's Cricket World Cup winners rested from the one-day international series but he was expected to return alongside Ben Stokes, Jos Buttler and Mark Wood for the three T20s.

After Sri Lanka, Archer was scheduled to feature in the IPL, where he, Buttler, Stokes and Tom Curran are registered with Rajasthan Royals.

Archer will begin rehabilitation at home and undergo another scan in four weeks. The ECB hope for him to be available for England's home test schedule from June, when a three-test series against the West Indies begins.