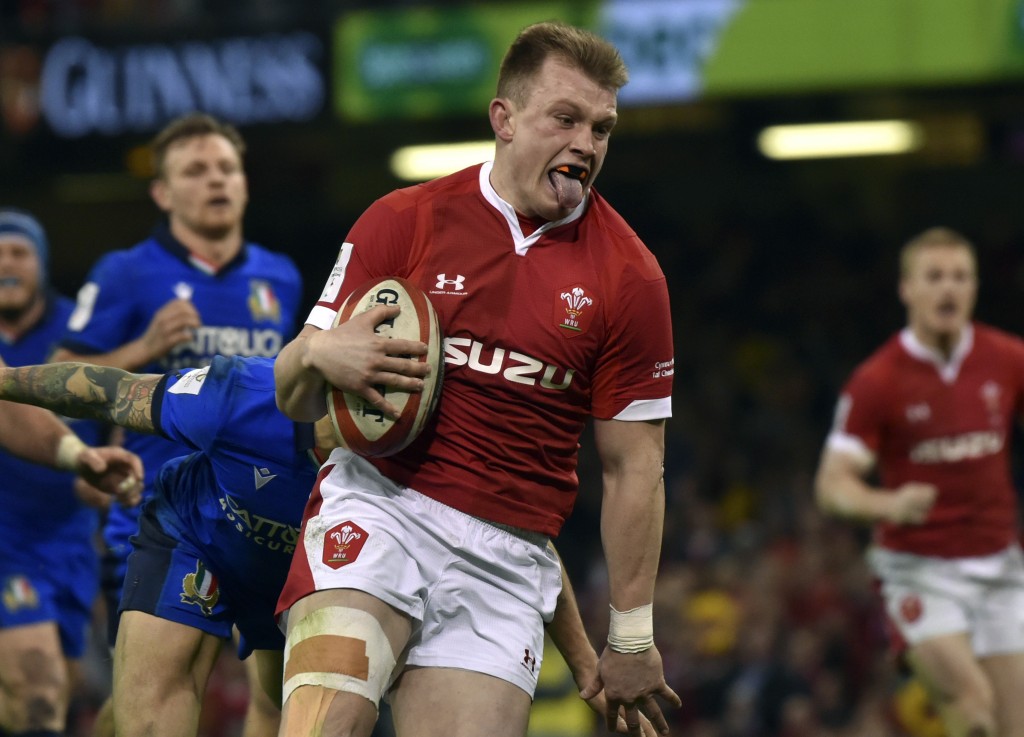 CARDIFF, Wales (AP) — Nick Tompkins' try-scoring debut as a replacement impressed Wales coach Wayne Pivac enough to start him at outside center against Ireland in Six Nations rugby this weekend.

Tompkins displaced George North, who bumped newcomer Johnny McNicholl off the right wing position, in the only change to the starting lineup that hammered Italy 42-0 last weekend in Cardiff.

Tompkins went on for Hadleigh Parkes in the 53rd minute, and six minutes later scored Wales' third try of five with a long run from a ruck. He and Parkes will fill the centers together this time against Ireland on Saturday in Dublin.

“He played exceptionally well when he came on last week so he deserves the start,” Pivac said on Thursday.

The Saracens midfielder played for England Under-18s and Under-20s, but switched his allegiance to Wales, for which he qualified through a grandmother.

The return to fitness of scrumhalf Gareth Davies and return from suspension of prop Rhys Carre saw them slotted into the reserves, along with lock Adam Beard for the injured Cory Hill, and utility back Owen Williams.