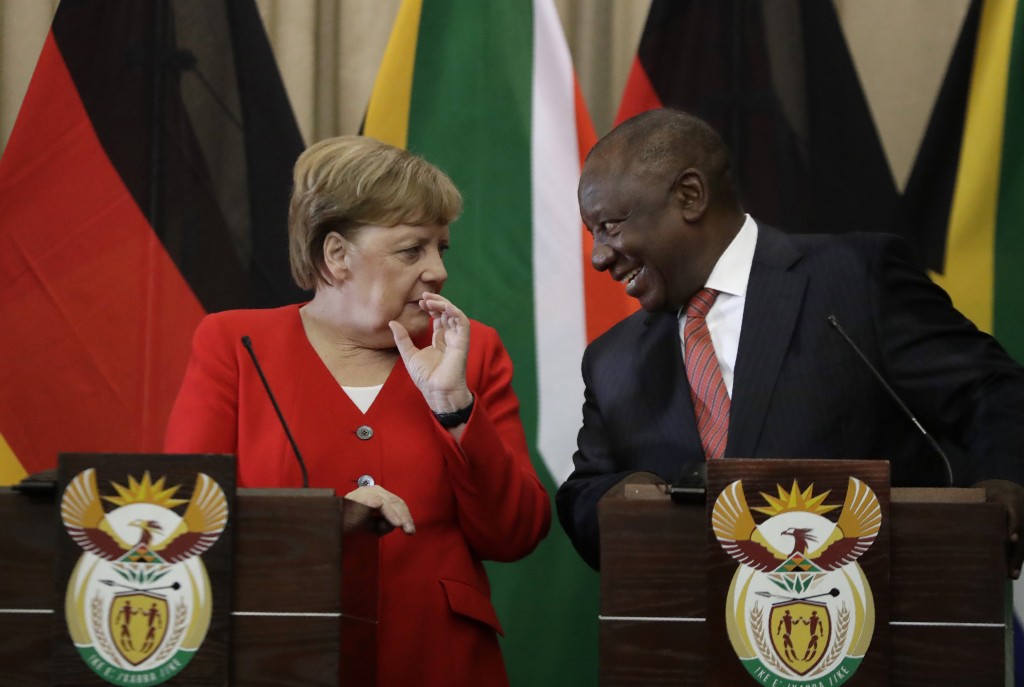 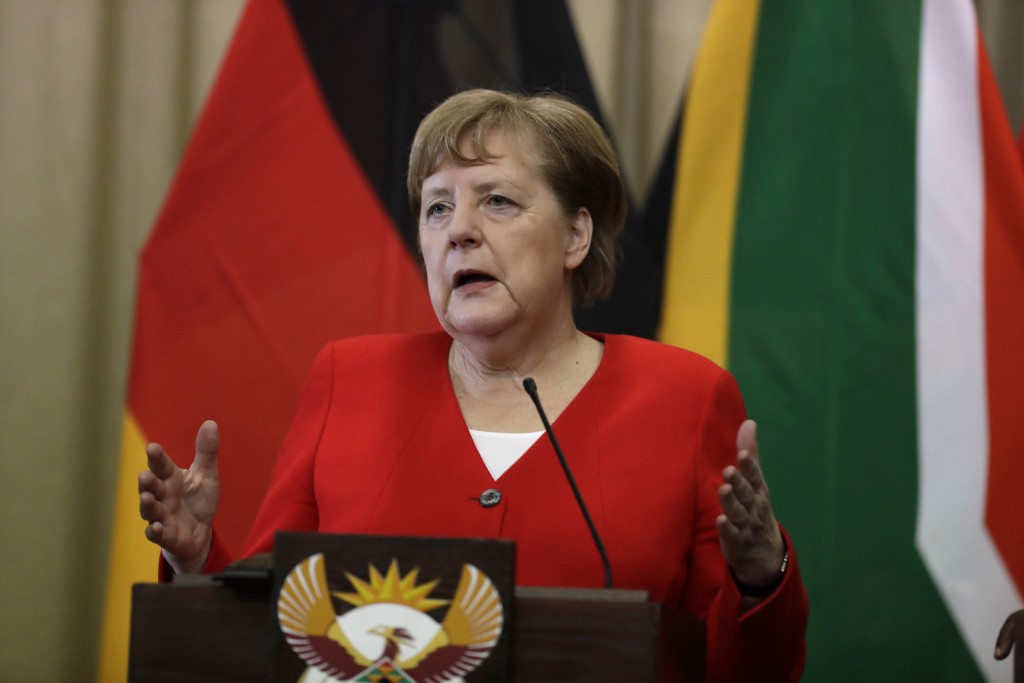 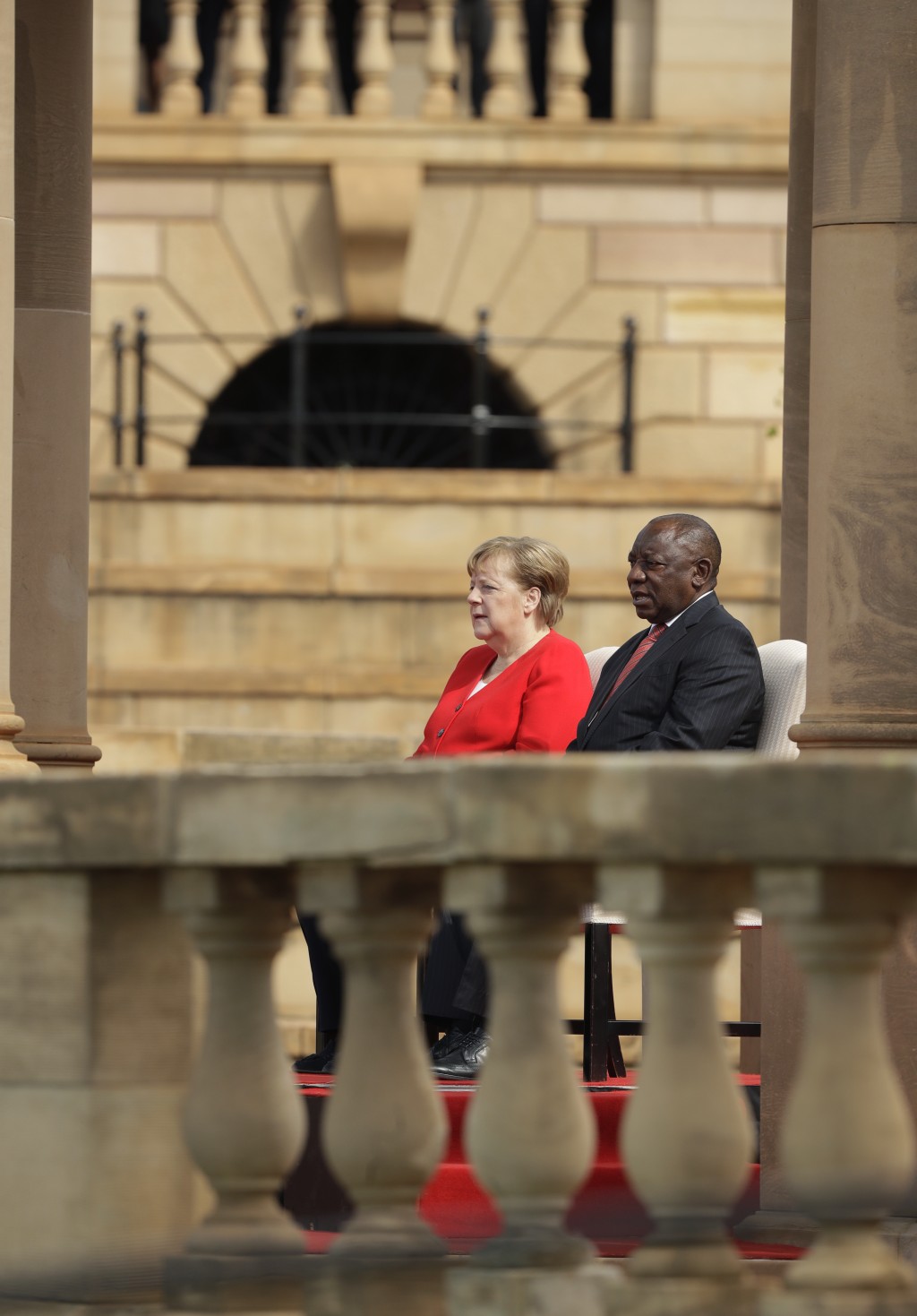 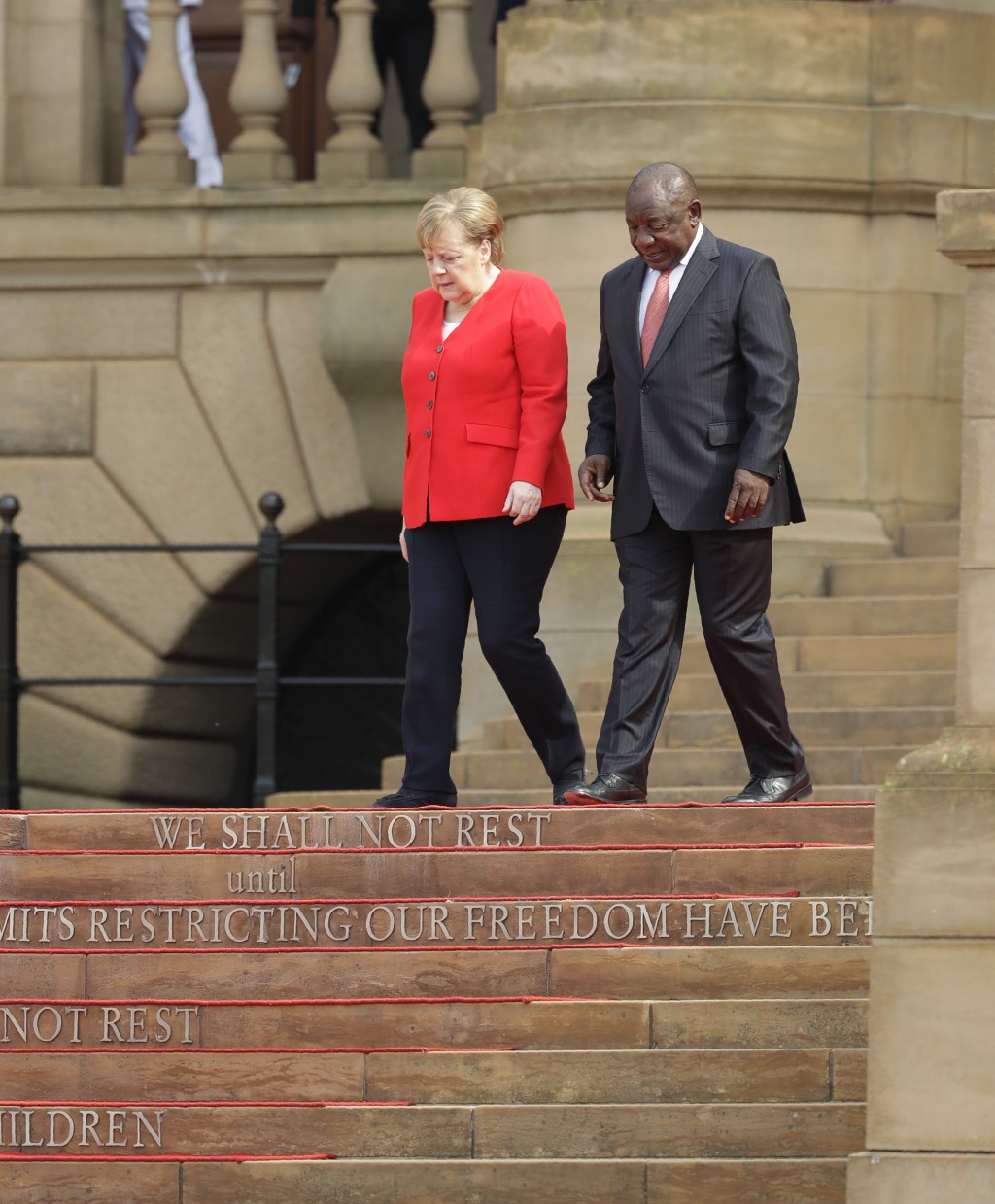 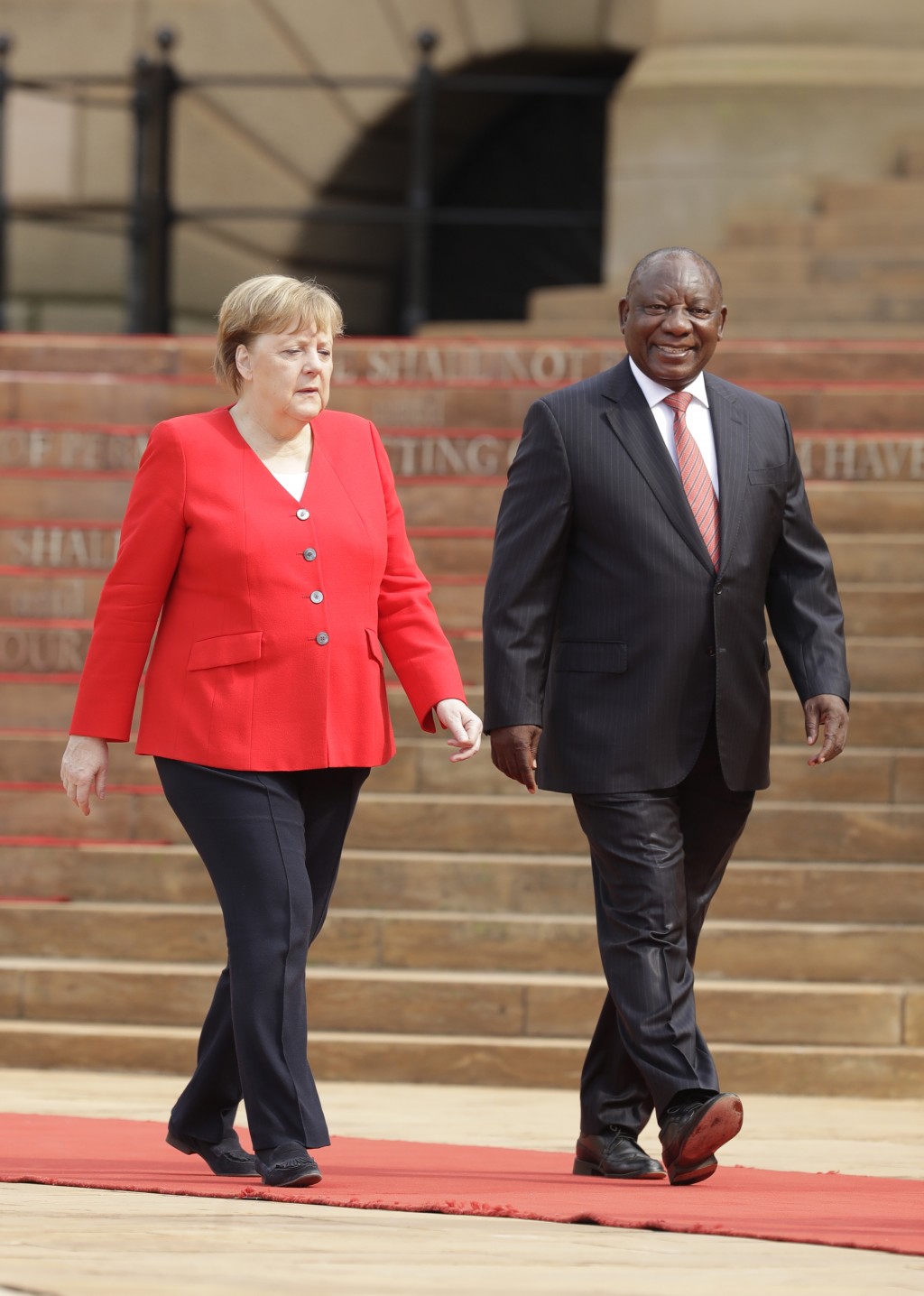 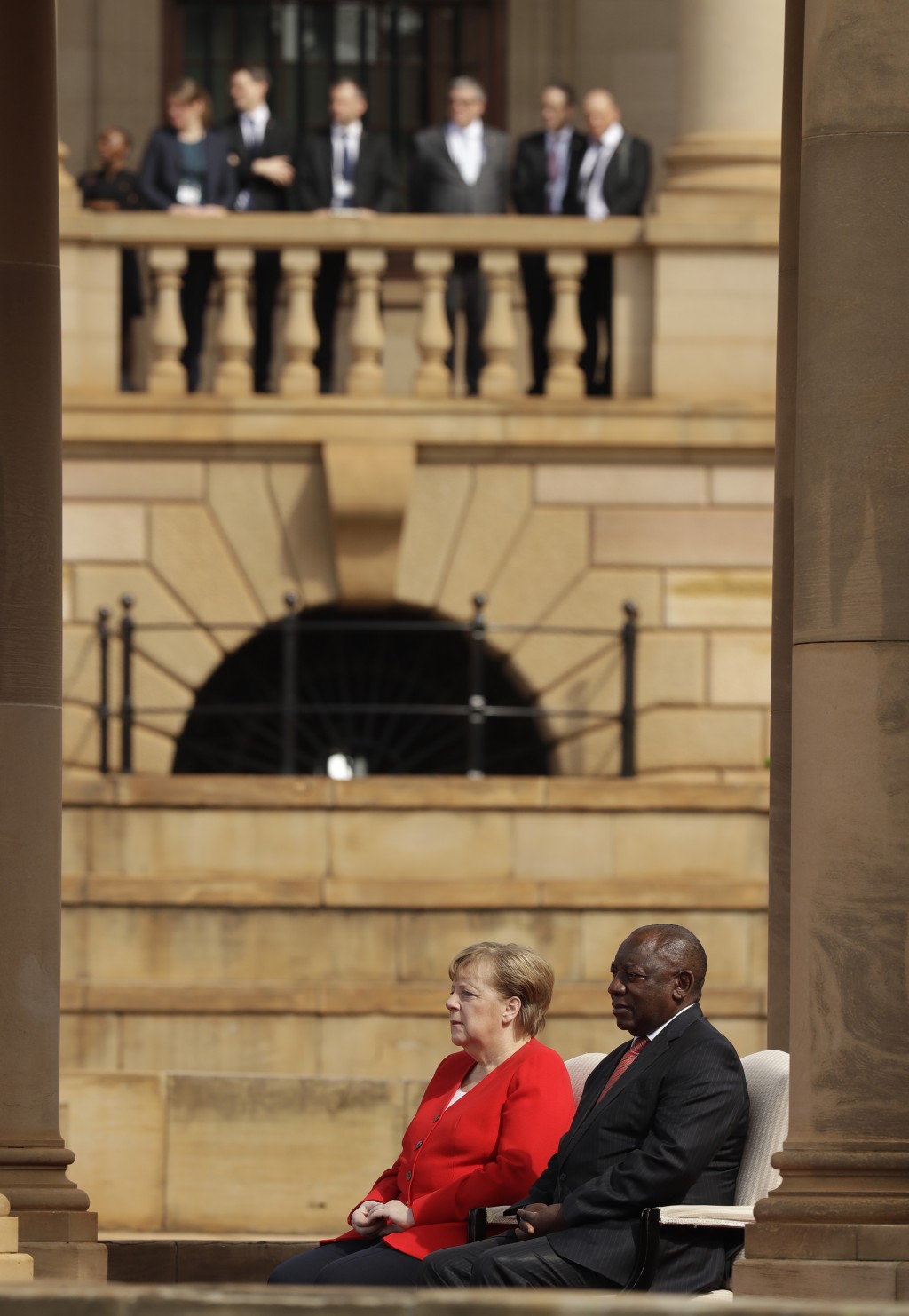 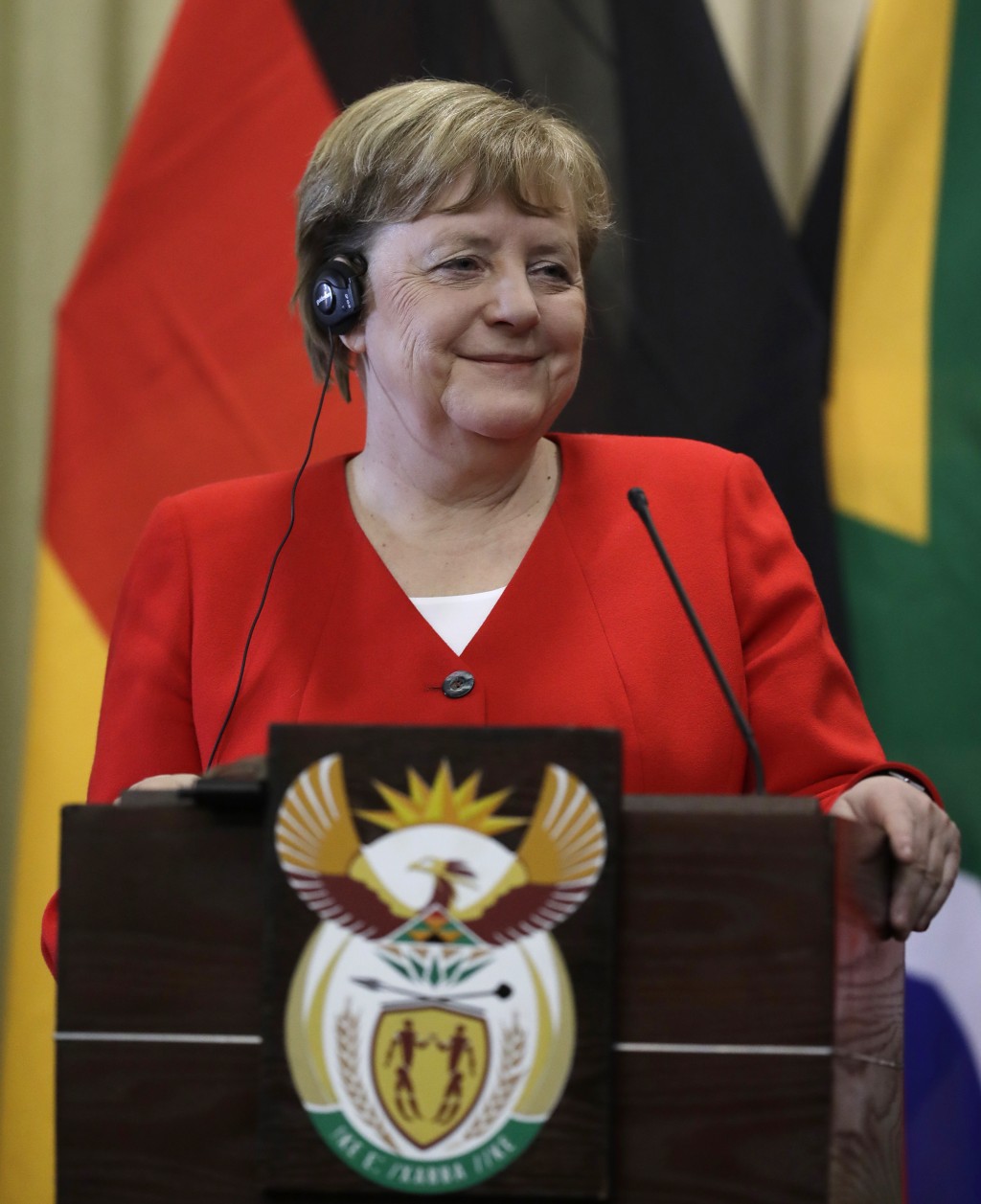 PRETORIA, South Africa (AP) — With the German chancellor by his side, South African President Cyril Ramaphosa said Thursday his country hopes to learn from Germany's experience of transitioning from coal to renewable energy to deal with climate change and a local electricity crisis.

Ramaphosa called on more German businesses to expand into South Africa, in addition to the 600 already operating in the country where nearly 30% of people face unemployment. But waves of power outages in a country still largely dependent on coal have led global investors to question the risks.

"We had really extensive and very informative discussions on energy, and the chancellor was able to share the German experience of how they have been able to move away from coal power stations and getting to renewables," Ramaphosa said.

Germany plans to de-commission all its coal-fired power stations by 2030, while 89% of South Africa's electricity comes from coal-fired stations.

“We have also touched on barriers related to how one can combine traditional generation of energy with renewables, and I think we are very much in agreement,” Merkel said.

The two leaders also discussed the fighting in Libya, with Merkel saying there is a need for cooperation in addressing the crisis in the North African nation without imposing a solution on the Libyan people.

“It is unfortunately not only an African problem but all the way from Russia to Arab states, Turkey and also from European states. We have seen many who apparently have a vested interest in Libya,” the German leader said.

"When at some point you have pushed back the interference from outside parties, then the Libyans themselves have to find a solution for their country instead of us imposing a solution on them," she added.

South Africa will shortly take over the chairmanship of the African Union continental body, with Libya one of the most pressing issues.

Germany will assume the European Union presidency in the second half of 2020.

Merkel said other issues will be addressed at an EU-Africa summit later this year.