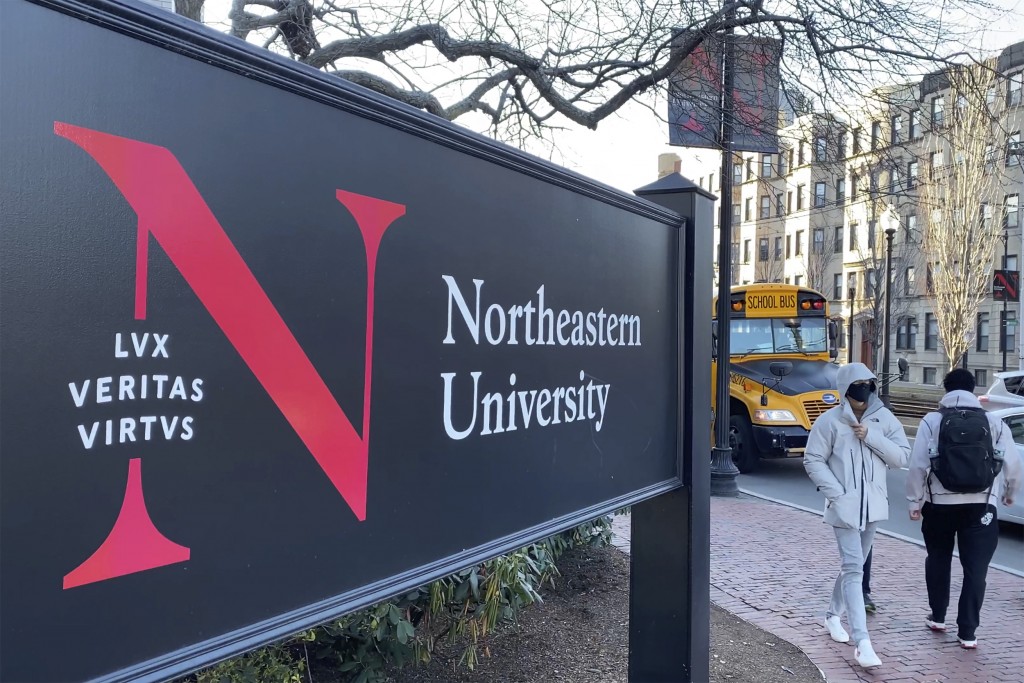 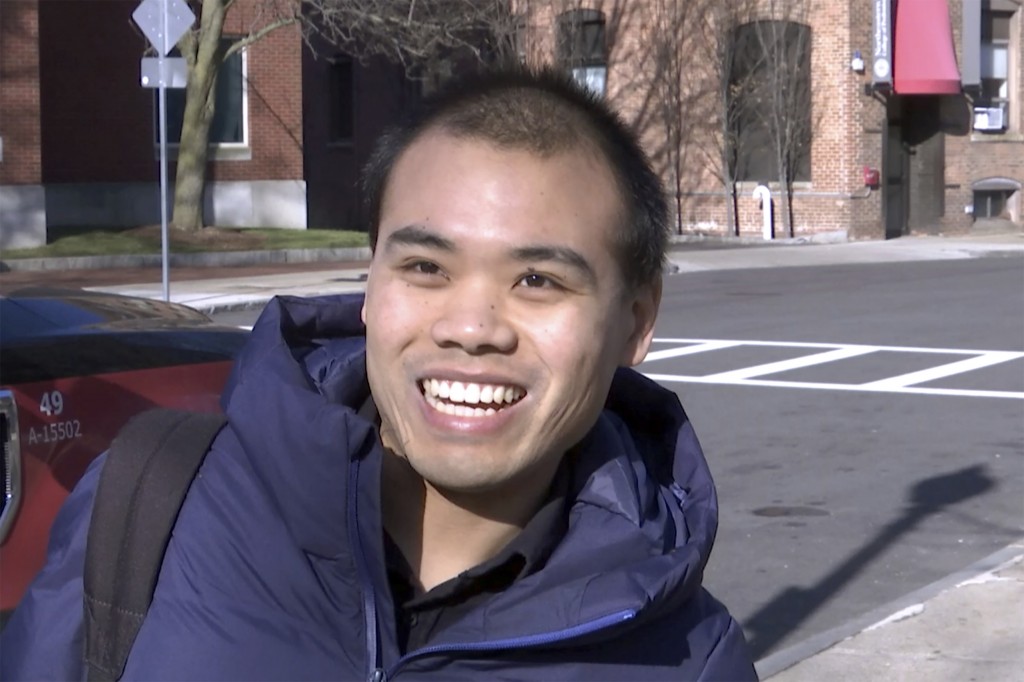 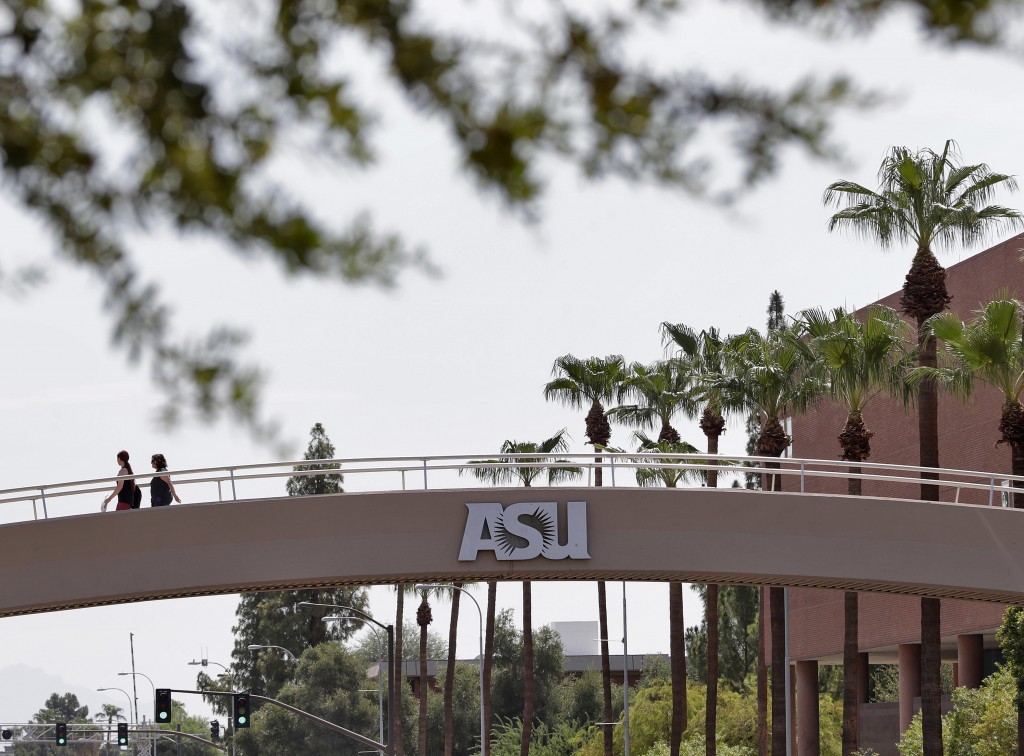 As concerns about China's virus outbreak spread, universities are scrambling to assess the risks to their programs, and some are canceling study-abroad opportunities and prohibiting travel affecting hundreds of thousands of students.

From Europe to Australia and the United States, universities in countries that host Chinese students have reconsidered academic-related travel to and from China. In the U.S., the cancellations add to the tension between two governments whose relations were already sour.

The scare threatens to cause lasting damage to growing academic exchange programs that reached new heights over the last decade and a half, experts say.

The travel restrictions also complicate planning for conferences and campus events in the U.S. that scholars from China might attend.

“That door has been, if not slammed shut, certainly closed for the immediate future,” said Michael Schoenfeld, Duke University's vice president for public affairs and government relations.

After U.S. officials recommended against nonessential trips to China, many universities limited travel there, including Duke, which also operates a campus in China in a partnership with Wuhan University, which is in the city at the center of the outbreak.

Duke Kunshan University closed its campus in Kunshan to nonessential personnel until Feb. 24. The school also helped students who had recently applied for Chinese residency get their passports from local officials so they could travel home and started developing online learning plans for them.

Two of the 12 confirmed U.S. cases are linked to college campuses. One diagnosis was confirmed at Arizona State University and another at the University of Massachusetts at Boston, which said the infected student had recently traveled to Wuhan.

The virus represents an unprecedented disruption for the academic ties between the U.S. and China, said Brad Farnsworth, vice president of global engagement at the American Council on Education.

He recalled the SARS crisis in 2002 and 2003, when the severe acute respiratory syndrome that originated in China killed nearly 800 people.

“The whole higher education relationship was not nearly as complex as it is now,” Farnsworth said. “We have many, many more students going in both directions.”

Many academic collaborations could be rescheduled if the crisis is resolved quickly, but the longer it lasts, the deeper the damage will be, he added.

China sends far more students to the United States than any other country — more than 369,000 in the last academic year, according to the Institute of International Education. The U.S. typically sends more than 11,000 students to China annually. Lately, the relationship has been strained by visa difficulties, trade conflicts and U.S. concerns about security risks posed by visiting Chinese students.

“This doesn’t help the current situation, which is very tense right now,” Farnsworth said. “This is a low point in U.S.-China higher education relations, there’s no question.”

China's consul general in New York, Huang Ping, said Tuesday at a news conference that students who returned to the U.S. from Hubei province, which includes Wuhan, should report to health officials so they can be monitored. He urged the international community to work together to combat the illness, saying the “virus is the enemy, not the Chinese.”

In Germany, the Berlin Free University and Berlin Institute of Technology each said they would not allow visits from China or approve trips to China until further notice. Paderborn University said it was reviewing any China travel plans made by students or doctoral candidates.

Tens of thousands of Chinese students enrolled in Australian universities are stranded in their home country. Monash University has extended its summer break to give students and staff more time to return. Classes had been scheduled to begin on March 2.

Most Chinese students studying in the U.S. were already in place for classes when the virus emerged, but worries about the illness have led many schools to cancel plans to send Americans to China for an upcoming semester.

At the University of Arkansas, where China has been a popular study-abroad destination, especially for business students, about 60 students who had been planning to travel there beginning in May saw their programs canceled.

The university made the decision a week ago, before students had to make financial commitments, and it has been working to arrange opportunities in other parts of the world for the affected students, said Sarah Malloy, the university's director of study abroad and international exchange.

“I was obviously disappointed, but I also understand the university is doing whatever they can in our best interest,” she said. “It made my parents a little more comfortable as well. They'd obviously been following the news."

Worries about the virus have altered some rhythms of campus life, including cancellations of Chinese New Year events at the University of Akron and the University of Arizona. But many universities say they are emphasizing precautions such as frequent hand-washing.

Andrew Thomas, chief clinical officer at Ohio State's Wexner Medical Center, said the university is monitoring the situation but trying not to be "over the top to the point that we're causing more concern and fear than is warranted in the community."

The University of Illinois at Urbana-Champaign, which enrolls over 5,500 students from China, said some of its students from Wuhan who traveled home during winter break opted to self-quarantine or wear masks while going to class to protect others. Several institutions urged anybody returning from China to isolate themselves for two weeks as a precaution.

At Northeastern University, graduate student Lele Luan said that while some fellow Chinese students have taken to wearing masks around campus in Boston, he does not feel the need.

“They told me it's very safe here,” he said. “So I don't do anything special to protect myself.”

At the University of California, Berkeley, the Tang Center for health services tried last week to share tips on managing anxiety about the virus. But it faced backlash for a list suggesting that “normal reactions” might include xenophobia and “fears about interacting with those who might be from Asia.”

Asian Americans quickly expressed outrage on social media. The center apologized for “any misunderstanding it may have caused" and changed the wording.