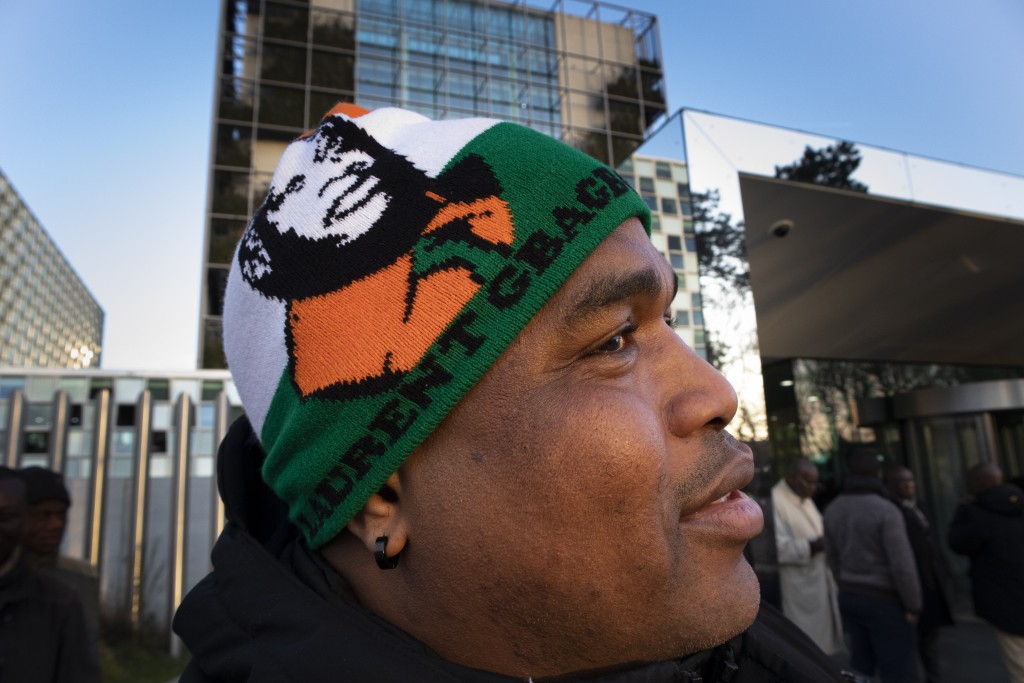 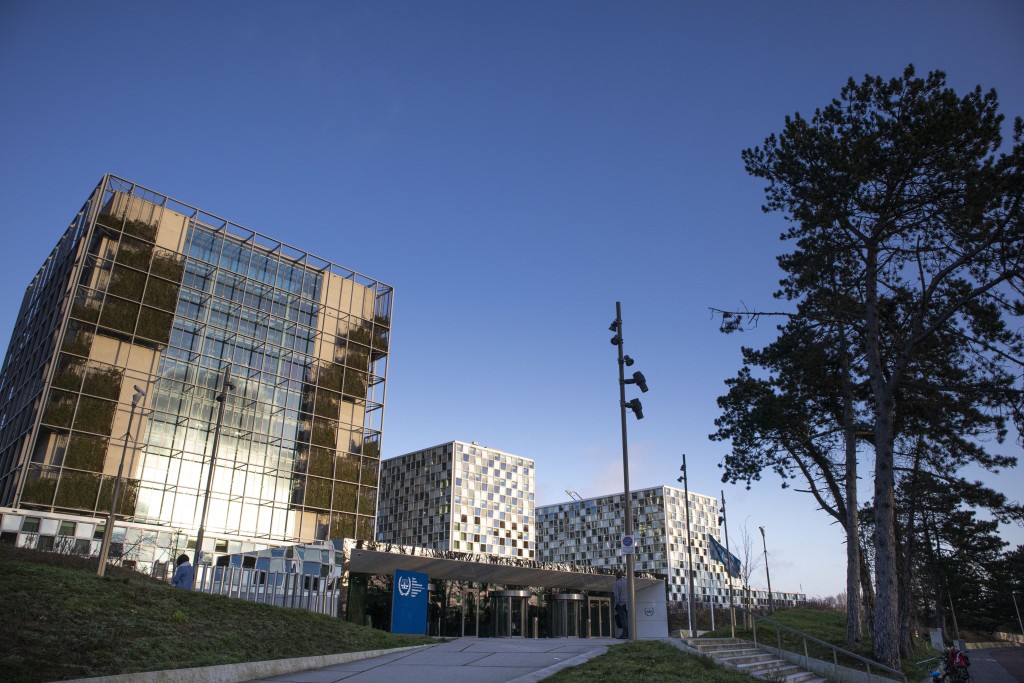 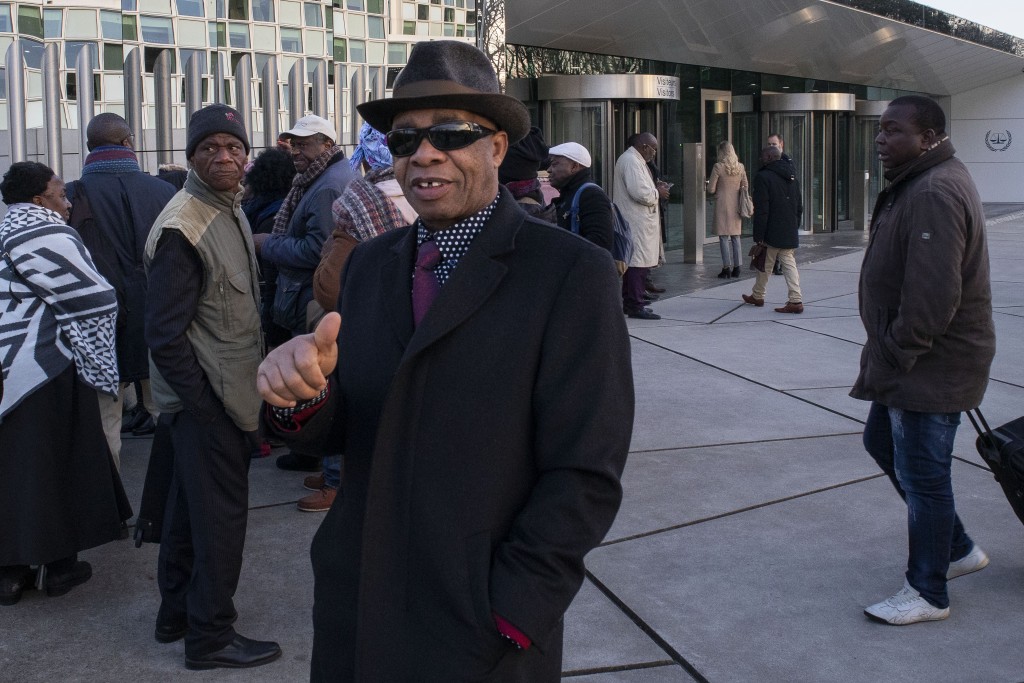 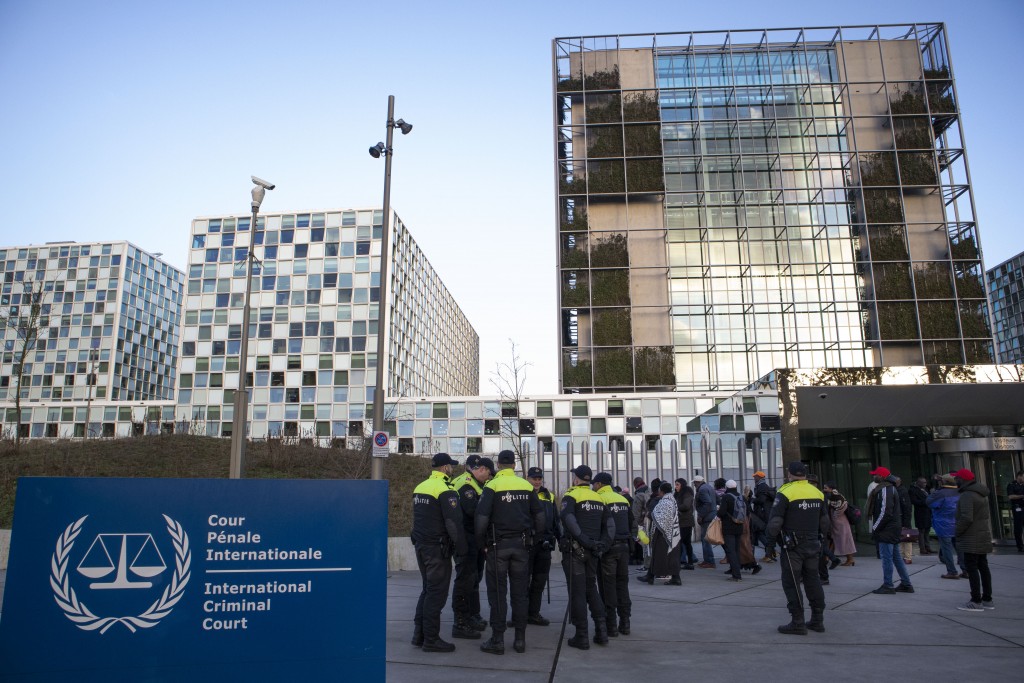 Lawyers for former Ivory Coast president Laurent Gbagbo urged International Criminal Court judges Thursday to lift conditions they imposed on him last year when he was released following his acquittal on crimes against humanity charges.

Prosecutors have appealed the acquittals, urging judges to call a mistrial, but both men were allowed to leave the court’s custody pending the appeal’s outcome. Judges, however, imposed conditions on their liberty including that they had to turn in their passports, not leave the country hosting them, report weekly to police or the court and not contact witnesses or talk to the media about their case.

Dozens of supporters attended Thursday’s hearing, waving to Gbagbo from the public gallery as the case opened. Gbagbo smiled and waved back. It wasn't immediately clear when the court would decide on whether to free Gbagbo and Ble Goude.

Speaking on behalf of Gbagbo, international law professor Dov Jacobs told judges they didn't have the right to rein in the ex-president’s liberty.

He said that, “in principle no restrictions can be placed on the freedom of a person who has been acquitted. This person should be able to enjoy all his rights, including his civil and political rights.”

If judges agree to lift the conditions, it would clear the way for Gbagbo and Ble Goude to return home almost nine years after Gbagbo was ousted from power by force.

The possibility of Gbagbo’s return is already escalating political tensions in a presidential election year. In written submissions to the court, Ivory Coast’s government argued that unconditionally freeing Gbagbo -- effectively clearing him to return home -- could rekindle the very tensions that led to him being put on trial.

Ivory Coast’s incumbent leader, Alassane Ouattara, who ultimately prevailed back in 2011, has signaled that he could attempt to serve a third term if Gbagbo were to try and run again. Doing so would involve revising the constitution before October, and the opposition already has warned such a move could lead to widespread social unrest.

Gbagbo officially received nearly 46% of the vote in 2010 and maintains a strong base of supporters who allege they have been left out of the reconciliation process in the years since his ouster.

Gbagbo’s party, the Ivorian Popular Front, splintered into two factions back in 2014 and has been beset by infighting in recent years. One side has been led by ex-Prime Minister Pascal Affi N'Guessan, who distanced himself politically from Gbagbo after his ouster, while Gbagbo’s wife plays a prominent role in the other faction.

Media reports say those differences appear to be on the mend after an apparent meeting between the two men last month in Brussels.

Gbagbo's wife, Simone Gbagbo, 70, was pardoned in August 2018 after serving three years of a 20-year sentence on charges of undermining state security in Ivory Coast. She lives in Abidjan, where she serves as second vice president of the party’s faction known as GOR (the French acronym for Gbagbo or Nothing).

ICC judges acquitted Gbagbo and Ble Goude of involvement in violence that left more than 3,000 people dead in the aftermath of disputed 2010 presidential elections. The judges halted their trial at the halfway stage, saying prosecutors failed to prove their case.