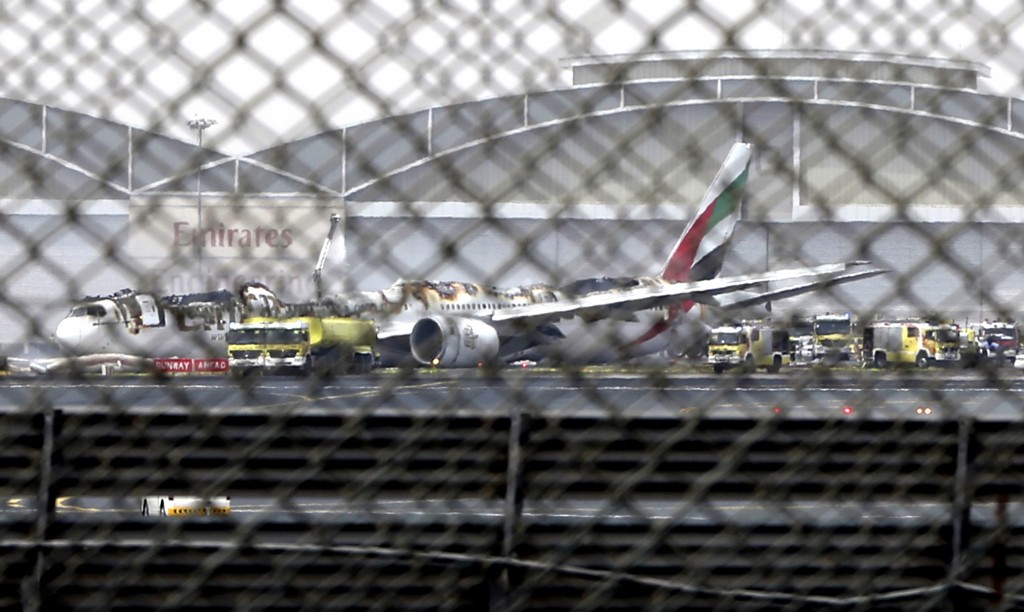 DUBAI, United Arab Emirates (AP) — The pilots of an Emirates flight that crashed in 2016 and caught fire in Dubai failed to realize the engines of their Boeing 777 remained idle as they tried to take off from a failed landing attempt, according to an investigative report released on Thursday.

Without power from the engines to lift the plane, Flight EK521 coming from Thiruvananthapuram, India, was doomed to crash on the runway at Dubai International Airport on Aug. 3, 2016. But prior to its attempt to land, air-traffic controllers also failed to warn the pilots that two other flights before it couldn't land due to windshear, according to a final report by the United Arab Emirates’ General Civil Aviation Authority.

The crash represents the most-serious incident ever to face the long-haul carrier in its 34-year history. While the 300 passengers and crew onboard the Boeing 777-300 escaped with their lives even as high winds blew away some of plane's evacuation slides, a subsequent explosion that engulfed the aircraft in flames killed a firefighter on the ground.

“The flight crew reliance on automation and lack of training in flying go-arounds from close to the runway surface ... significantly affected the flight crew performance in a critical flight situation which was different to that experienced by them during their simulated training flights,” the report said.

Emirates did not immediately respond to a request for comment.