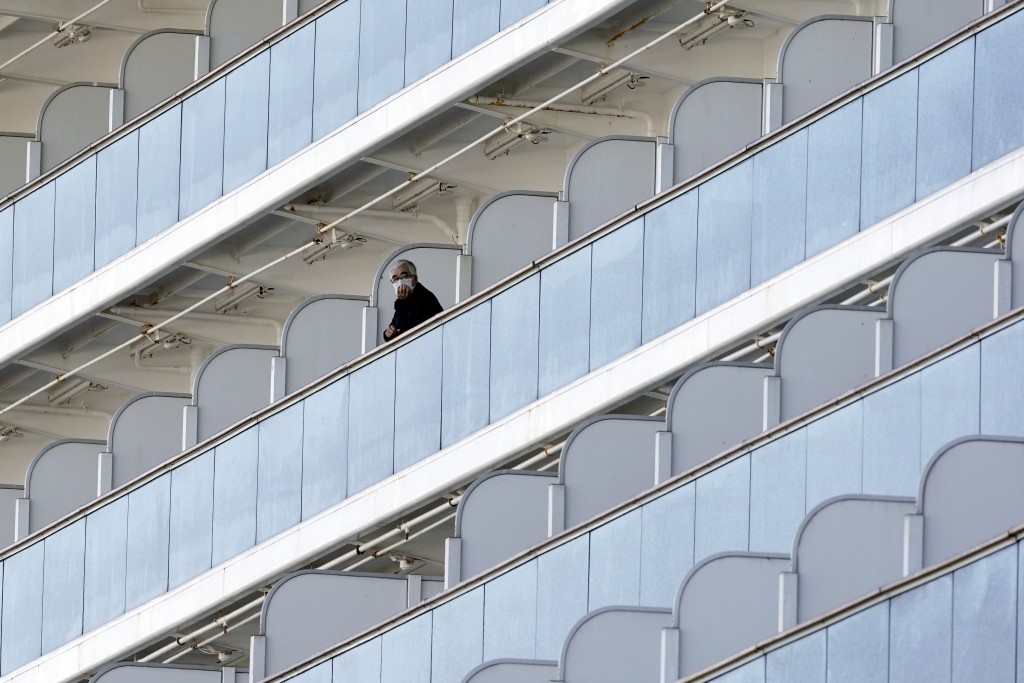 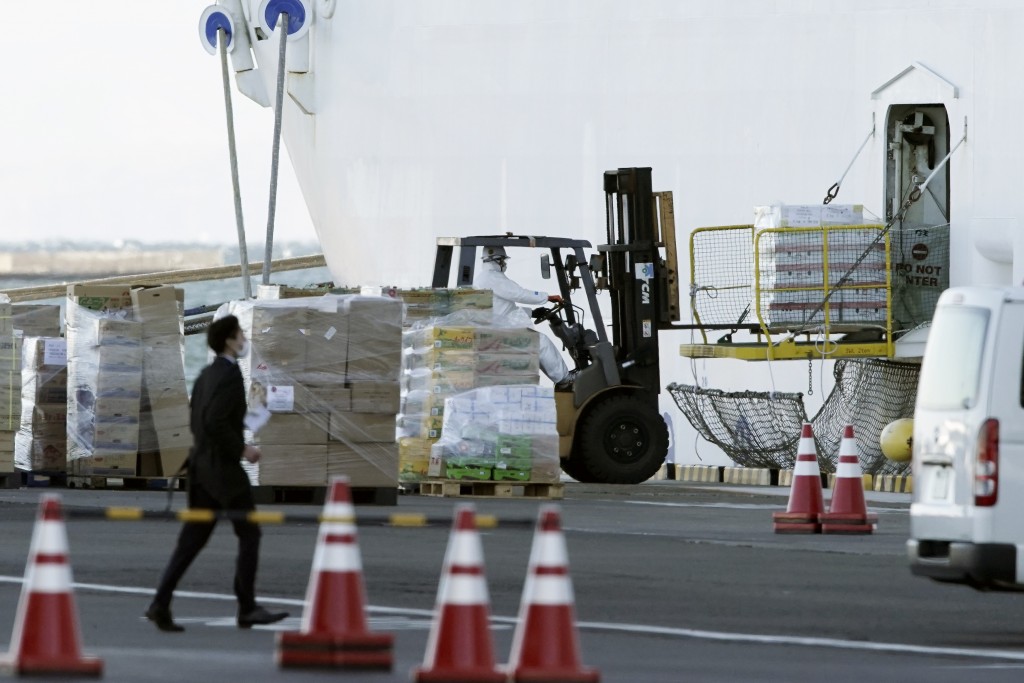 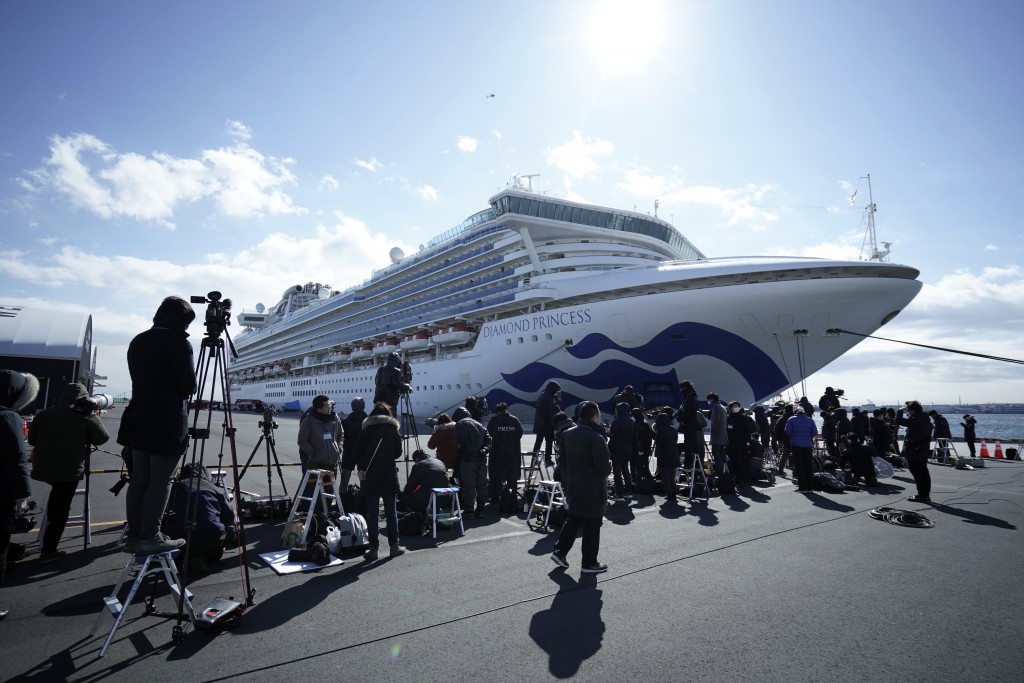 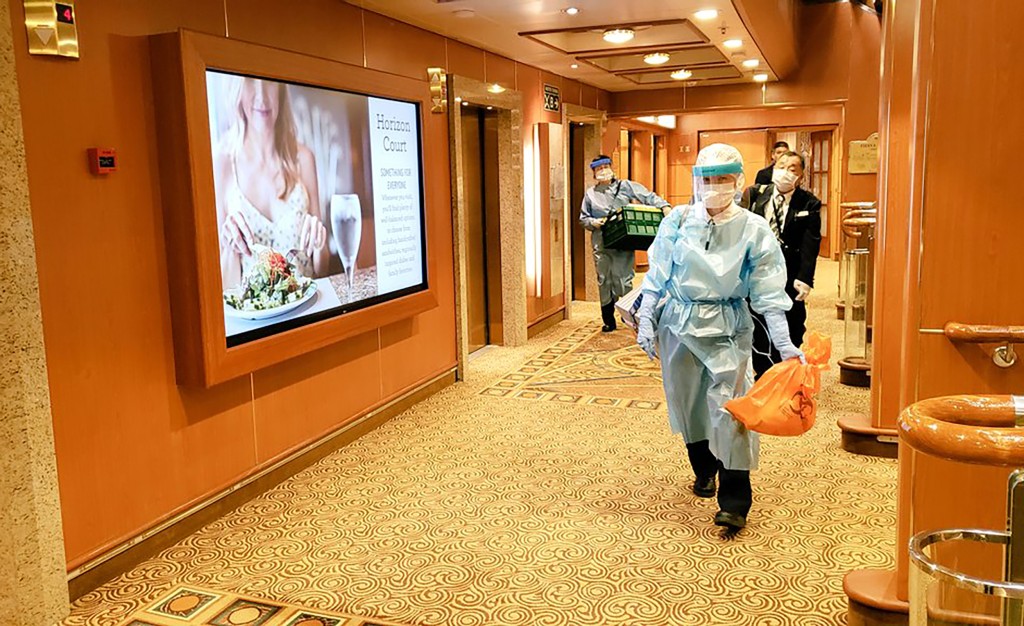 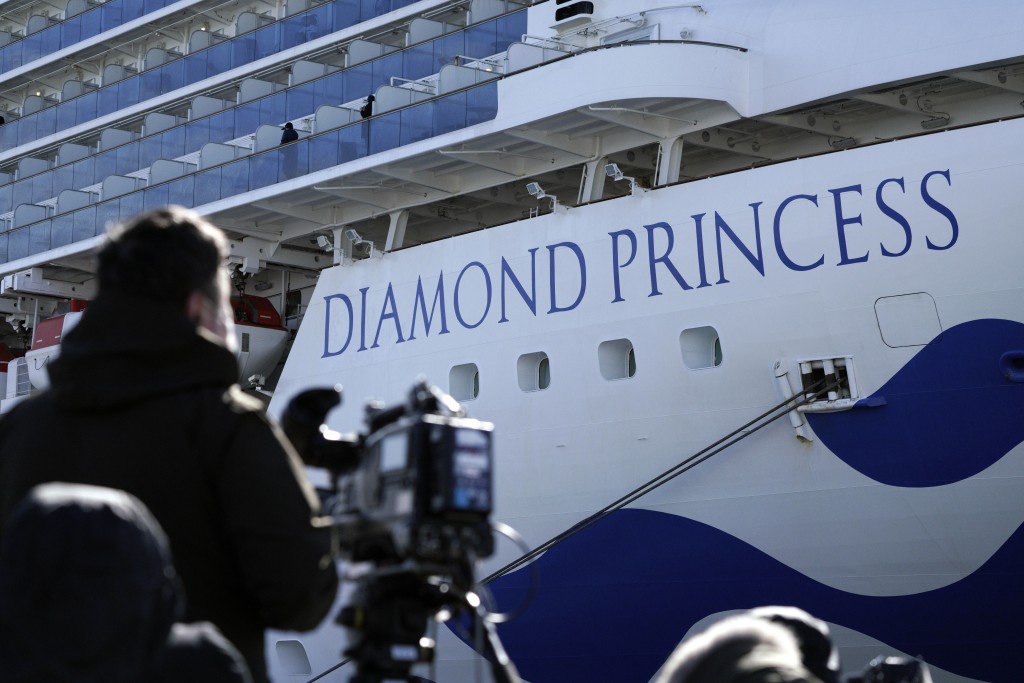 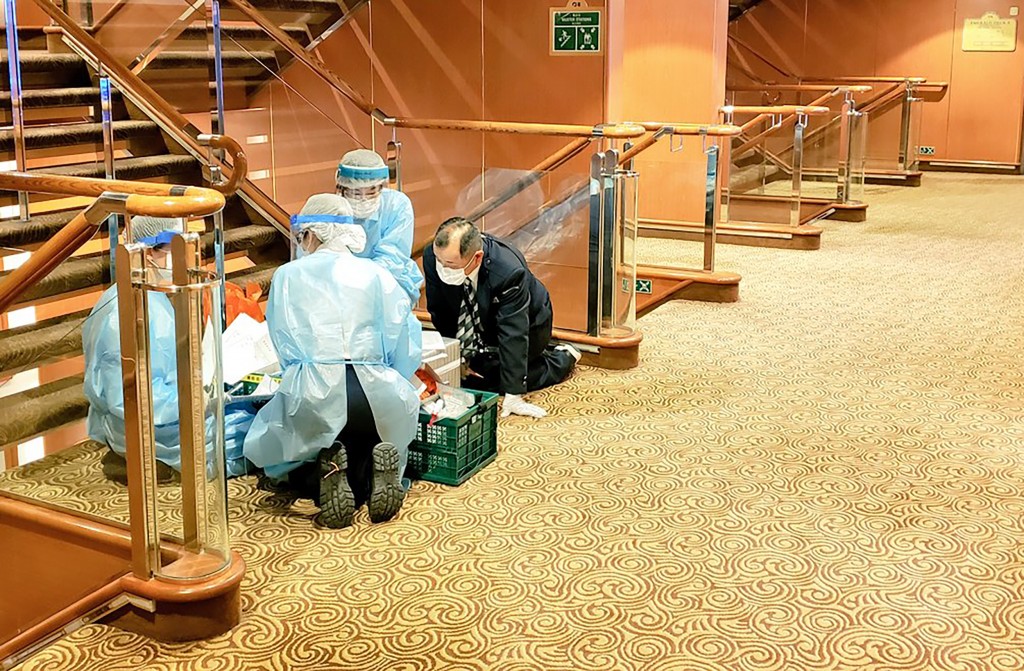 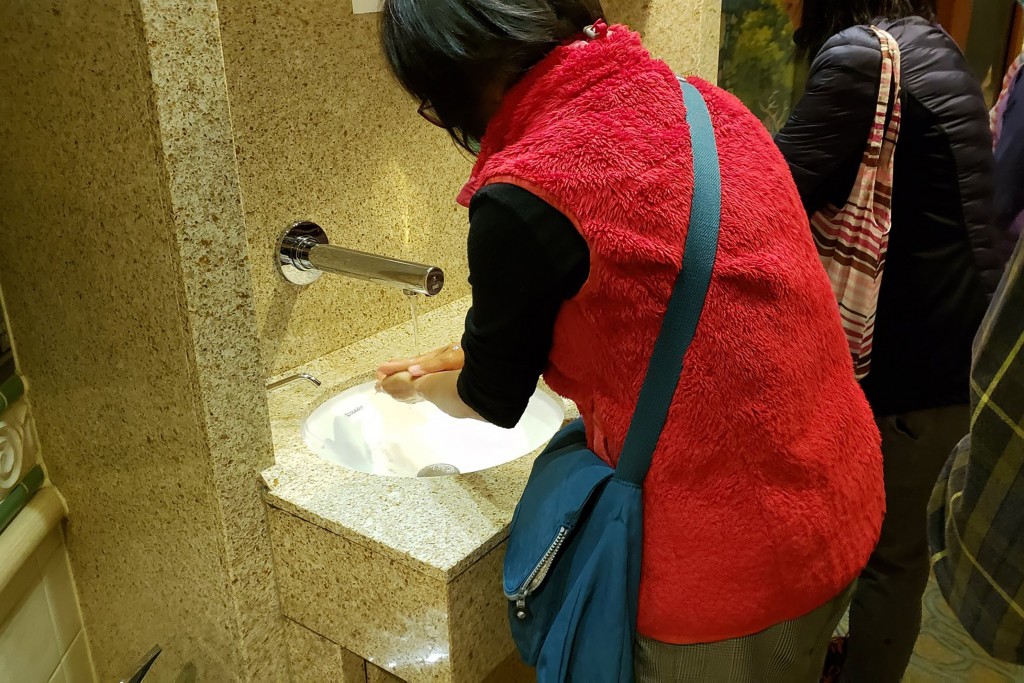 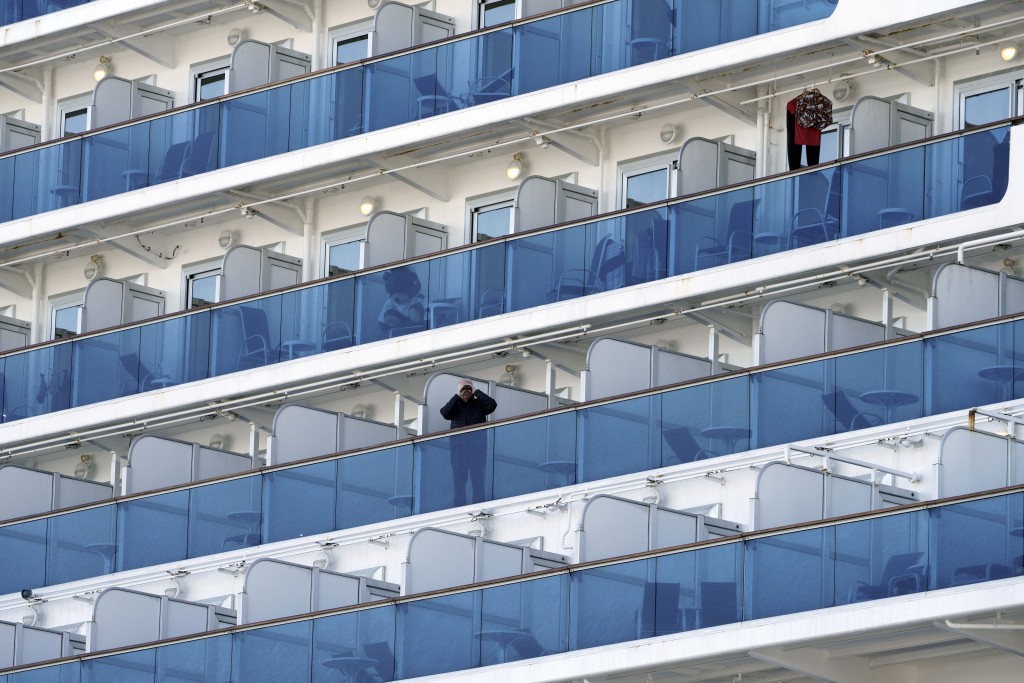 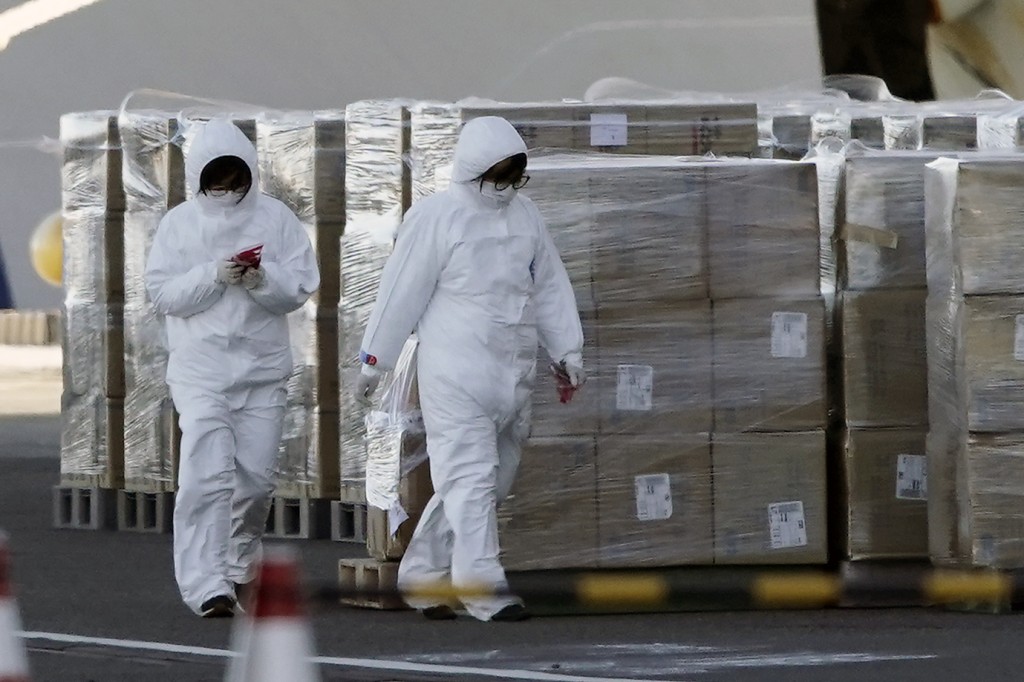 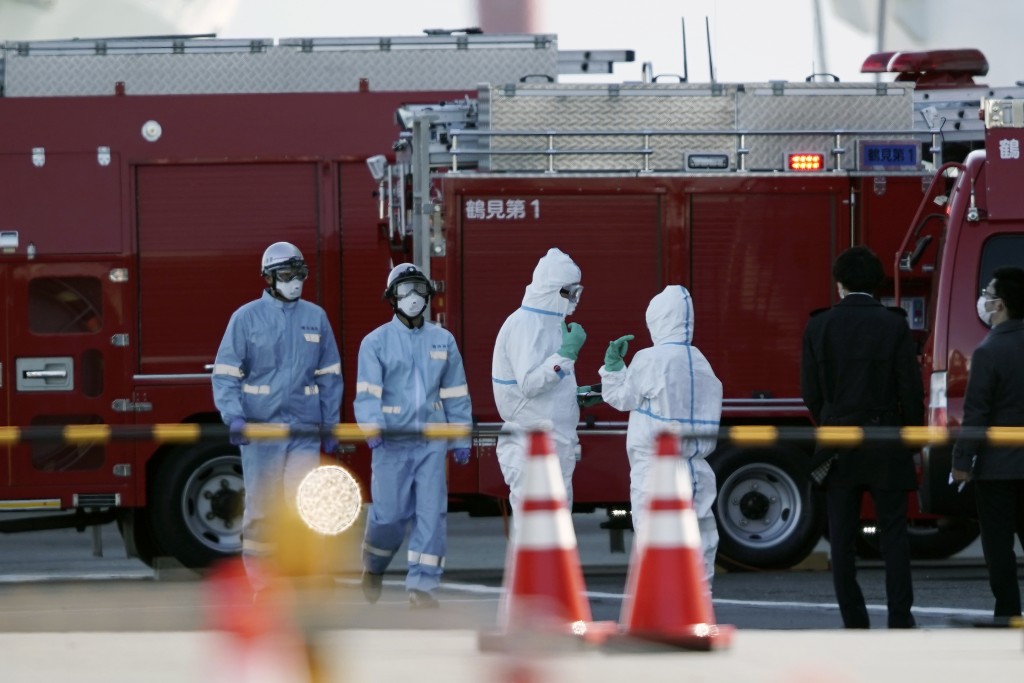 It’s ending with him quarantined in his cabin aboard the Diamond Princess for two extra weeks, eating a “lettuce sandwich with some chicken inside” and watching 20 infected people escorted off the ship, heading for hospitals for treatment of a new virus.

Abel is among hundreds of passengers on two cruise ships — in Japan and Hong Kong — caught in the drama and fear about the little-understood virus that just emerged in December. Tests are still pending on some passengers and crew who have symptoms or had contact with infected people.

“It’s not going to be a luxury cruise; it’s going to be like a floating prison,” Abel said on Facebook from the ship in the port of Yokohama, outside Tokyo.

As Japanese officials loaded the ship with supplies Thursday to make the quarantine as bearable as possible, passengers took to social media to highlight small kindnesses by the crew and to complain about dwindling medicine, the quality of the food and the inability to exercise or even leave their cabins.

Their photos and videos showed the vessel that once had 3,711 passengers and crew is now a ghost ship, deserted reception areas, swimming pools and hallways. Babies on the Hong Kong ship were reportedly running out of diapers and milk.

“I think for many passengers, it's going to be absolute boredom,” Abel said in a separate interview. He considers himself lucky that he has a cabin with a balcony. “The people I feel really sorry for are those with inside cabins who've got no natural light, no fresh air. It's going to be pretty grim for them for two weeks.”

Grim is one way to describe the virus and the fear it's created. China counts more than 28,000 cases and it's spread to more than 20 countries. Still, fear has spread faster than the disease. Masks and hand sanitizer are sold out in many areas of Seoul, Tokyo and Bangkok. Health workers are striking in Hong Kong and anti-Chinese discrimination has been seen across Asia. Taiwan has banned international cruise ships.

On the Diamond Princess, there were signs people were trying to make the best of a bad situation.

Yardley Wong, a passenger from Hong Kong traveling with her husband, son and her parents, said on Twitter that the crew gave her son playing cards, coloring pens and other gifts “to kill off boredom."

Australians Paul and Coralie Williamson said their cabin was smaller than a motel room and they had heard complaints from others about not having medication, or enough information.

But, after 34 years of marriage, Coralie Williamson said: “If I'm going be stuck in a room with anyone, I would rather it be Paul than anyone else.”

"So it's OK. We will need to go for a long walk on the beach when we get home," she told Australian Broadcasting Corp.

People posted photos of breakfast, a bowl of fruit salad, boiled eggs, juice and a croissant. One passenger celebrating their ninth wedding anniversary got a “happy anniversary” card from the ship staff.

“We’re here for a long haul. I think it is going to get a little bit testing, obviously. But I don’t know. What do we do? We couldn’t jump out of the boat; that’s a bit cold,” Jacqui Fidrmuc from the city of Cairns told Australia’s Nine Network.

Japanese health officials told reporters that a medical team and supplies were being sent to the ship. At the port where the ship dropped off infected patients and loaded up food and supplies, a person in a hazmat bodysuit entered the ship carrying two boxes labeled “thermometers.”

On the ship quarantined in Hong Kong, its more than 3,600 passengers and crew were being screened because three passengers on a previous voyage had the virus. Hong Kong officials said they would try to track down 5,000 people who took previous voyages on the World Dream.

Hong Kong lawmaker Jeremy Tan said a woman on board called him Wednesday night to say she and some other mothers were running out of milk powder and diapers for their babies. He said he believed there were five or more babies on the ship, and that he delivered the essentials to authorities.

Life on the Diamond Princess in Yokohama, Abel said, “has changed beyond recognition to what you would call a luxury cruise.” One meal was just a glass of orange juice, a yogurt and a bit of melon. Another was a “lettuce sandwich with some chicken inside” and a dessert.

When masked crew members hand over and pick up the trays of food, he said, “it's very brief. There's no physical contact apart from touching the tray."

Even though the sick people have been taken off the boat, there was still unease. "We've been breathing the same air as those that have been removed," Abel said.

“How do we cope with it?" Abel asked on Facebook. "We can either be creative and thinking positive things or we can be dragging ourselves down into the gutter. I certainly won’t be doing that.”