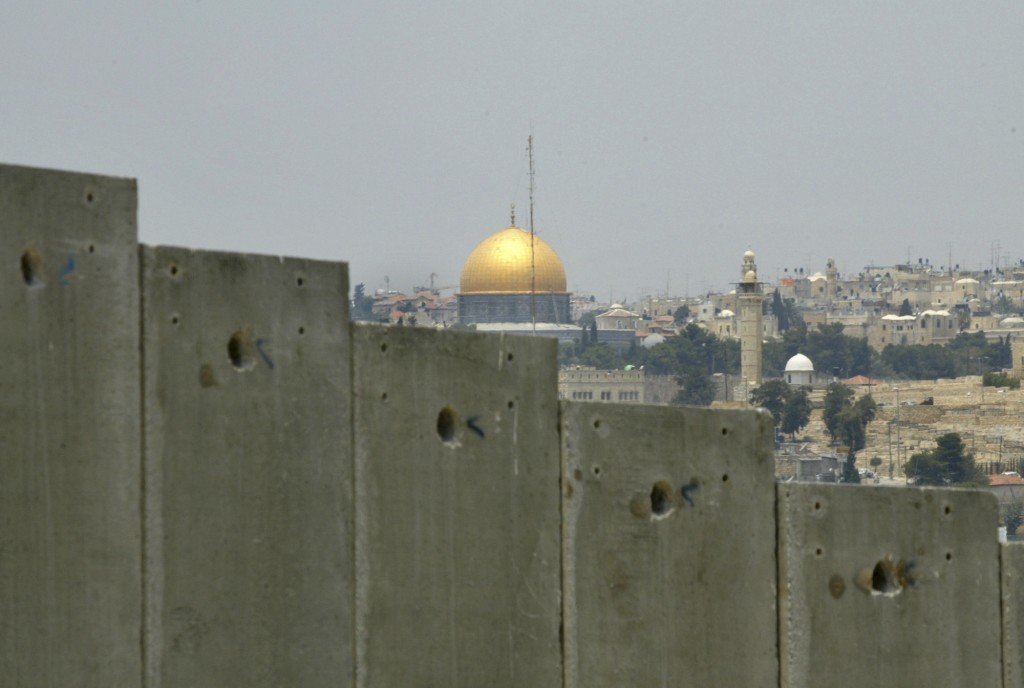 JERUSALEM (AP) — A Palestinian motorist slammed his car into a group of soldiers early on Thursday, wounding 14 before fleeing the scene, Israeli police said. In the West Bank, a 19-year-old Palestinian was killed in clashes with Israeli troops.

Israeli police spokesman Micky Rosenfeld said the incident in Jerusalem was being treated as a “terror attack.” He said one soldier was seriously wounded, the rest lightly, adding that forces were searching for the assailant.

Palestinian hospital officials said the 19-year-old was killed in clashes in the West Bank city of Jenin. Six others were wounded in the confrontation. That death came just hours after Israeli forces shot and killed a 17-year-old Palestinian during clashes with demonstrators elsewhere in the West Bank on Wednesday.

The Israeli military said it was carrying out the demolition of a home belonging to a militant that carried out a deadly attack. It said that during the operation, explosive devices were fired at the troops and they responded with "riot dispersal means," usually tear gas and stun grenades. The military added that the incident was being looked into.

The fresh Israeli-Palestinian violence comes days after President Donald Trump unveiled his much-anticipated peace plan, which was seen to largely favor Israeli positions and sparked calls in Israel for the annexation of land the Palestinians want as part of a future state.

The Israeli military said the group of soldiers was struck when the motorist drove into them as they walked near a popular dining and entertainment area of Jerusalem as part of a “military activity.” The military said 12 soldiers were injured in total and the discrepancy with the police figure was not immediately clear.