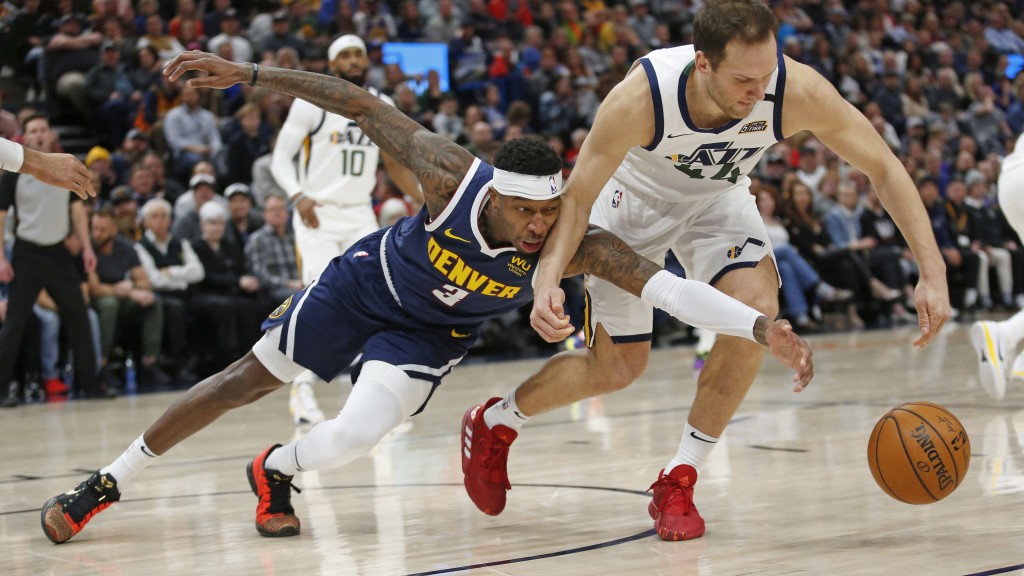 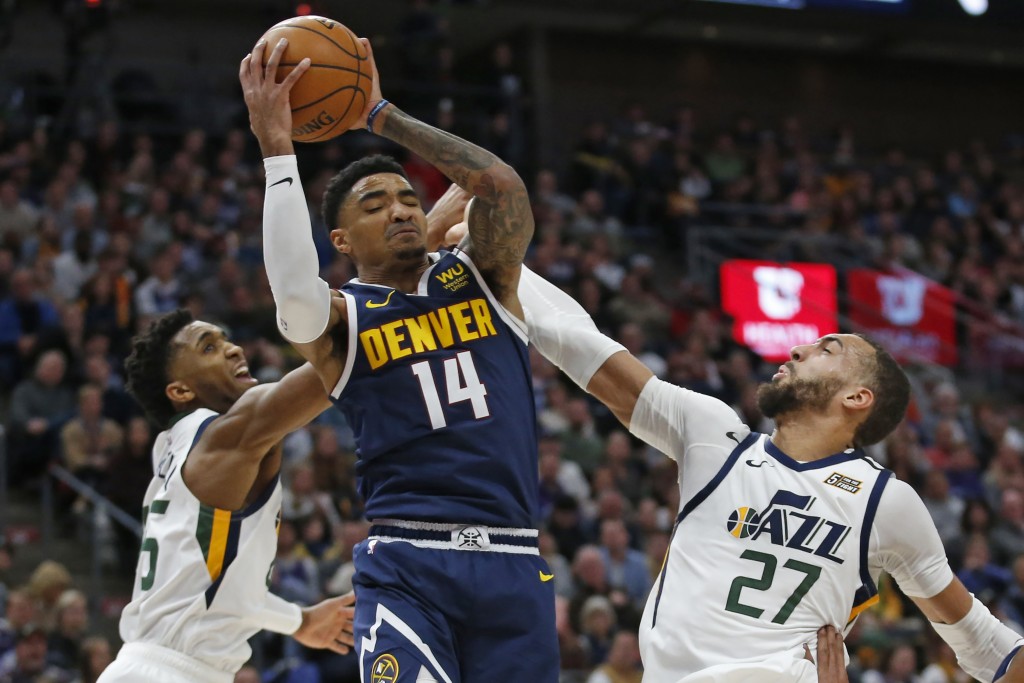 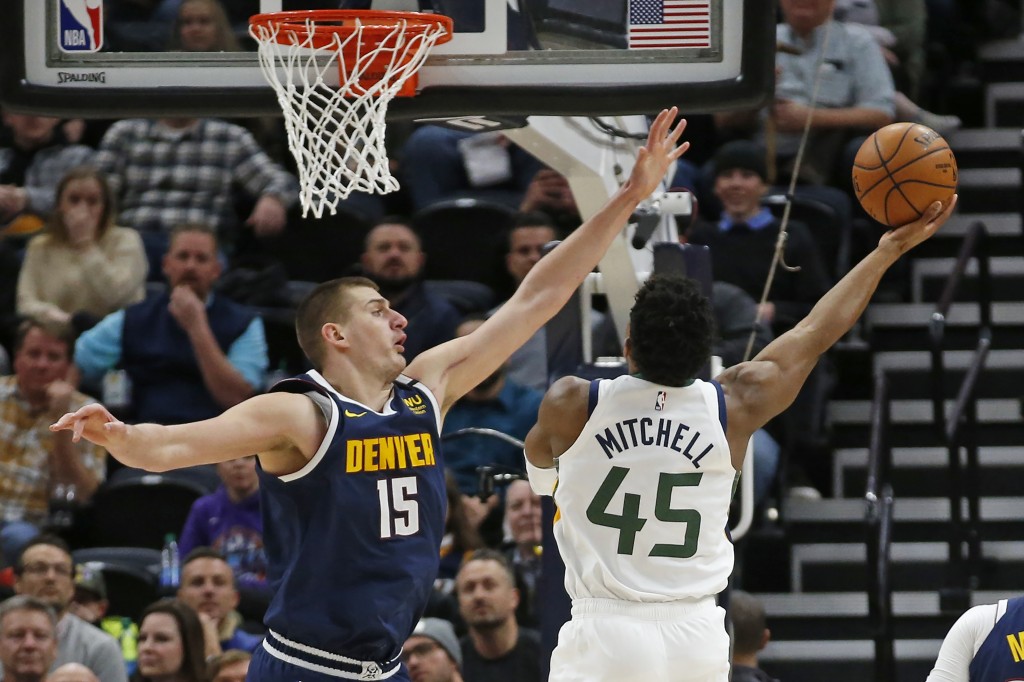 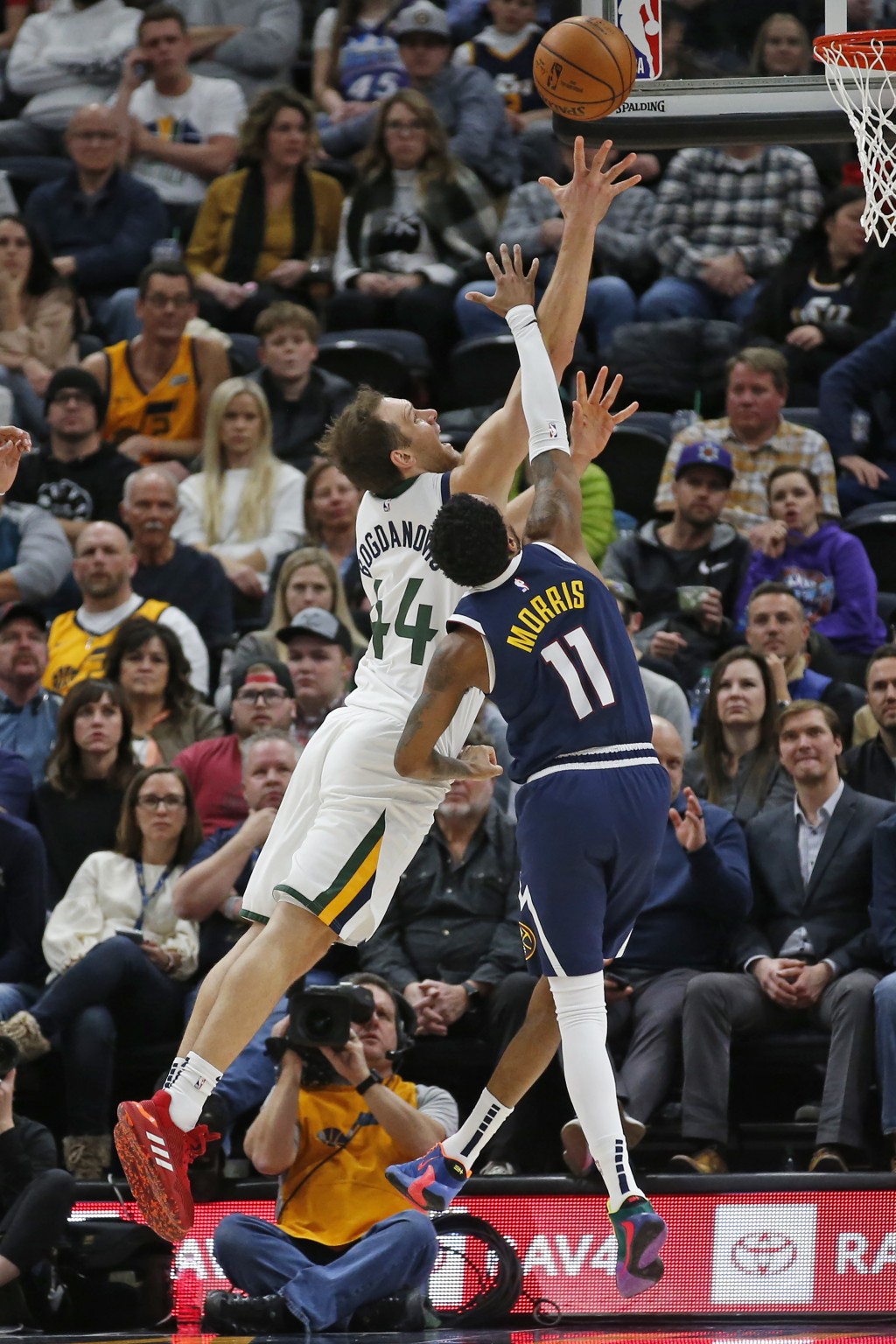 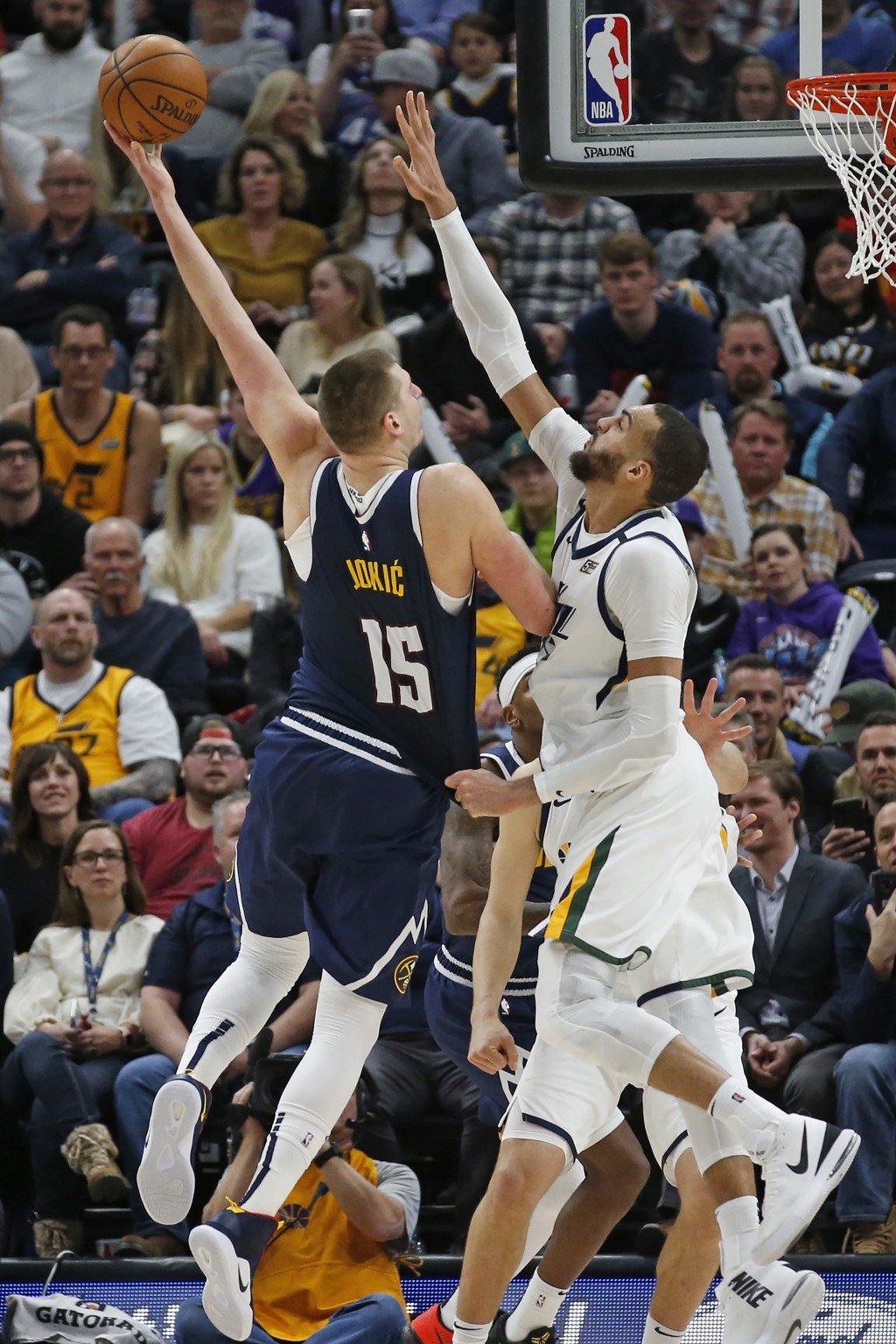 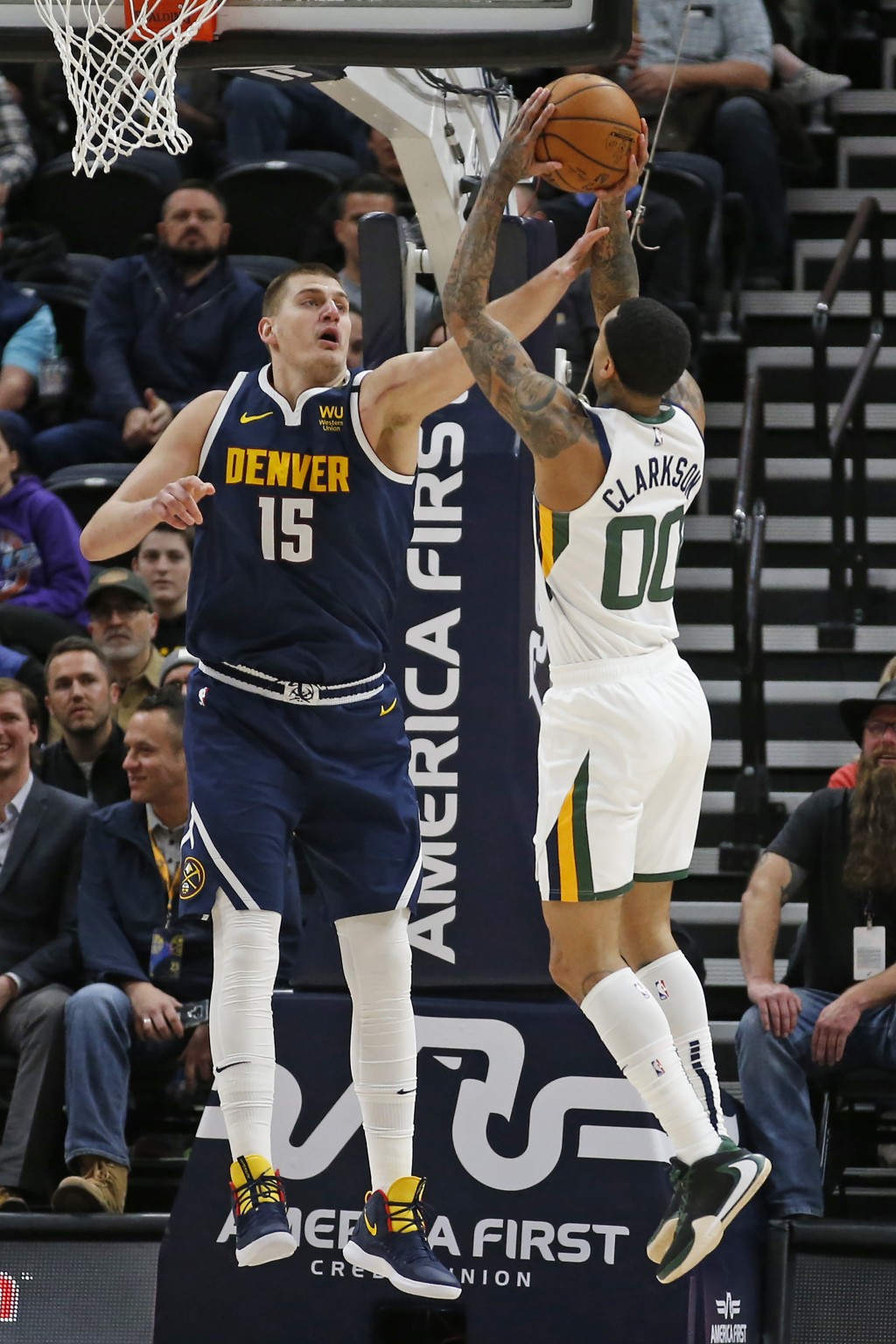 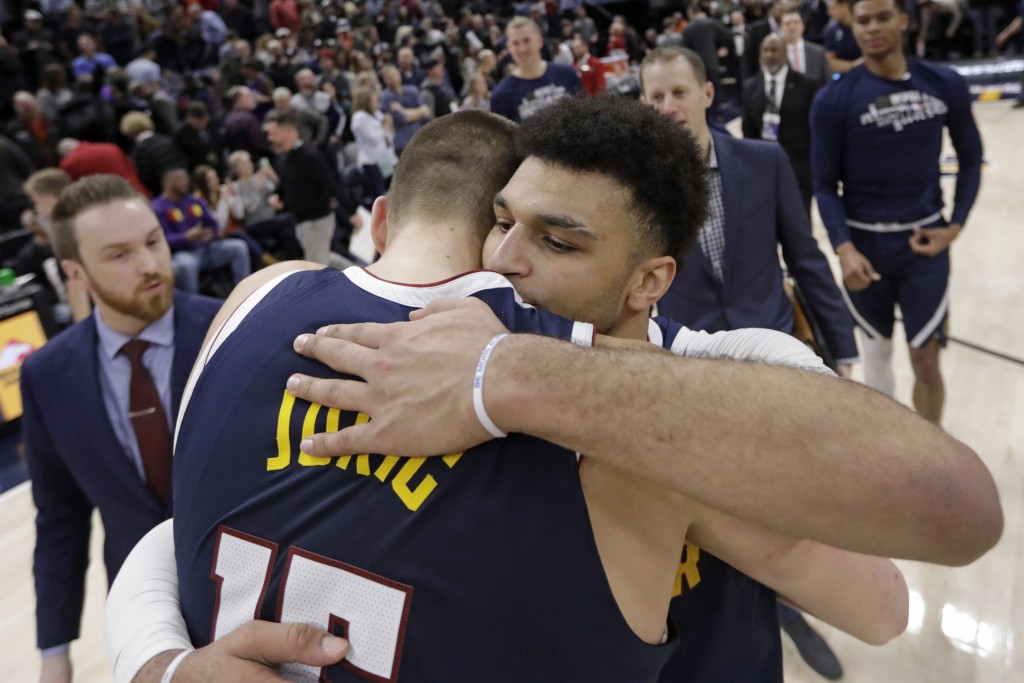 The Nuggets had just seven players available due to their part in a four-team, 12-player deal a day before the trade deadline and a cascade of injuries.

Jamal Murray scored 31 points and the Nuggets held the Jazz to just one field goal over the final 7:08.

Mike Conley scored 21 points, but missed a floater with eight second left that would have given the Jazz the lead. Gary Harris, who missed all 13 of his field-goal attempts, made two free throws with 5.8 remaining for the final margin.

Jokic posted his 11th triple-double of the season and fortunately for Denver, Murray returned from an 11-game absence due to a sprained ankle.

Donovan Mitchell had 18 points on 8-for-24 shooting, Bojan Bogdanovic had 16 points and Rudy Gobert added 16 points and 14 rebounds for the Jazz, who lost their fifth straight game after winning 18 of 20.

The Jazz led 71-56 after Conley’s fifth 3-pointer of the game before the weary Nuggets embarked on a 20-4 run, capped by Morris’ running jumper that gave Denver its first lead since the first quarter, 76-75.

Jokic and Murray went to the bench to rest, and Jazz made their move and weren’t stopped — even when the Denver duo returned.

The Jazz went on an 11-1 run, highlighted by a Clarkson-to-Mitchell alley-oop dunk.

But Torrey Craig, who has harassed Mitchell into multiple subpar games, hit a 3-pointer and then blocked the Utah guard, leading to another layup as and the Nuggets closed within 92-89. Jokic hit a 17-footer that cut Utah’s lead to 93-91.

Last week, the Nuggets pulled off an unlikely sweep in back-to-back games, defeating Utah at home and Milwaukee on the road. They won back-to-back games again, beating the Jazz one night after a 127-99 rout of Portland on Tuesday.

The four-team, 12-player team deal involving Denver was approved by the NBA.

Robert Covington is going to the Houston Rockets and Clint Capela is headed to the Atlanta Hawks.

All told, it included 12 players and three draft picks.

The Rockets got Covington and Jordan Bell from Minnesota, plus Golden State’s 2024 second-round pick from the Hawks. Atlanta got two centers, Capela and Nenê from Houston.

Denver got Gerald Green from Houston along with the Rockets' 2020 first-round pick. The Nuggets also landed Keita Bates-Diop, Shabazz Napier and Noah Vonleh from Minnesota.

Minnesota got Brooklyn's 2020 first-round pick and Evan Turner from Atlanta, plus Malik Beasley, Jarred Vanderbilt and Juancho Hernangomez from Denver.

“We’re just trying to navigate those waters and try and get through this tough stretch,” Denver coach Michael Malone said. “I have never been part of a game where you could potentially only have seven guys suiting up.”

Nuggets: At Phoenix on Saturday night.