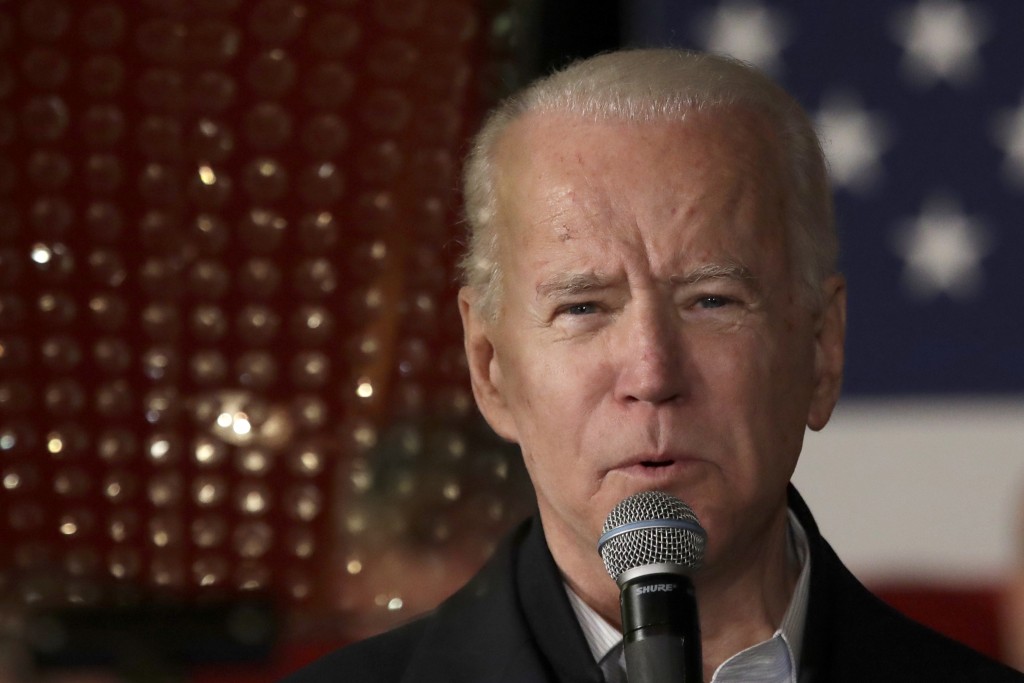 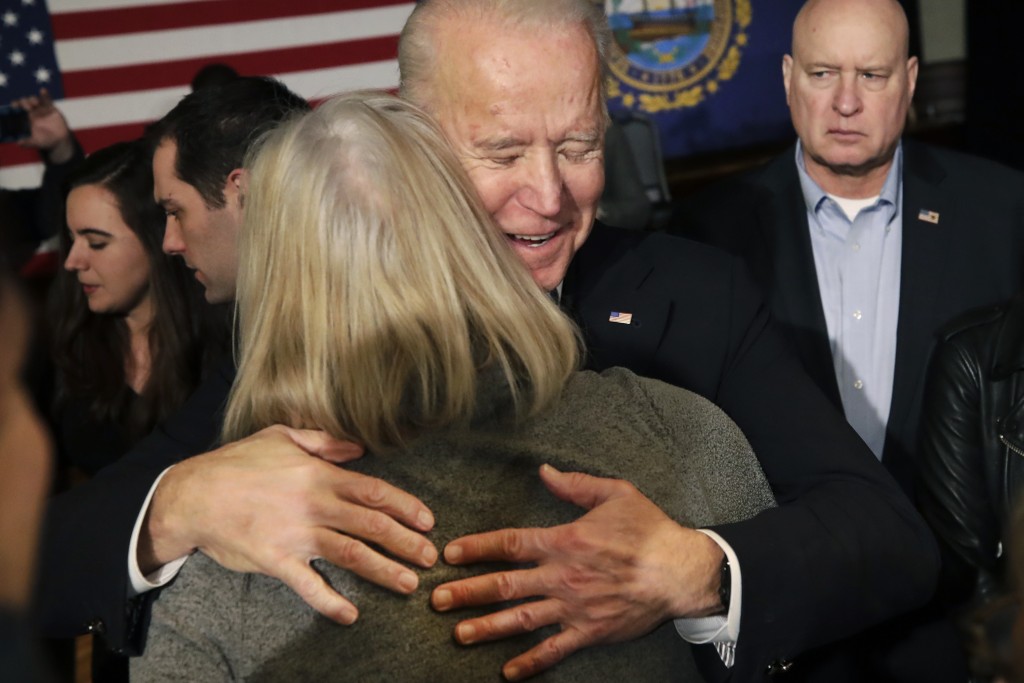 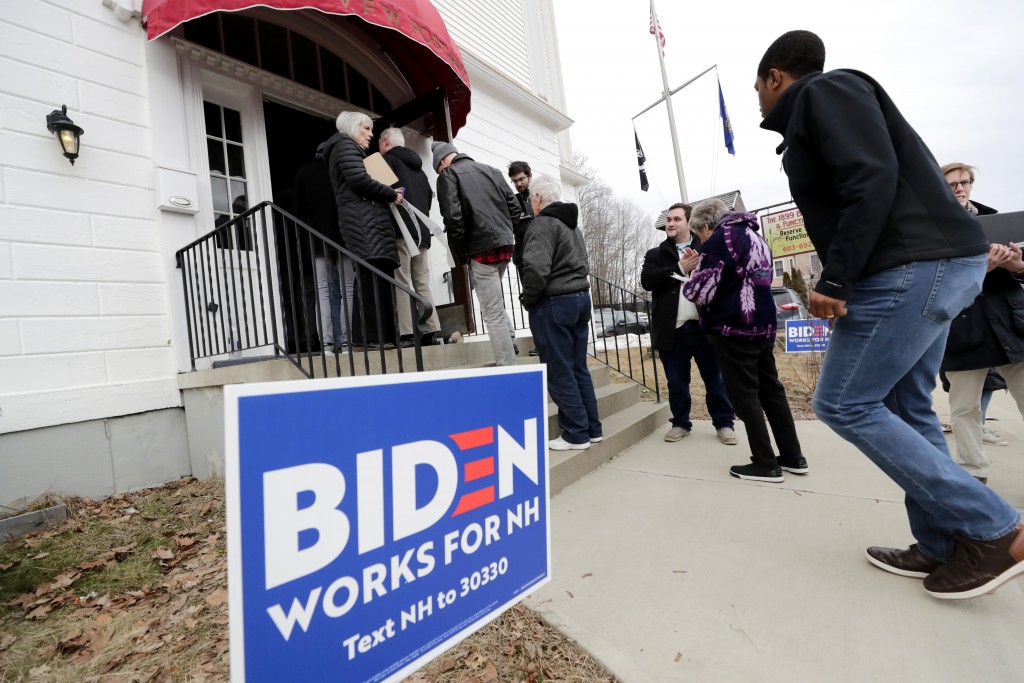 SOMERSWORTH, N.H. (AP) — Joe Biden entered the Democratic presidential race as a favorite, the candidate with the longest resume, a network of establishment donors and a pitch that he could win the kind of voters who would defeat President Donald Trump.

Now, humbled by a disappointing showing in the Iowa caucuses, Biden is hoping for something quite different: that New Hampshire will make him the second coming of “the Comeback Kid.”

New Hampshire is known for knocking down front-runners, usually with candidates carrying an insurgent torch, like Gary Hart in 1984, John McCain in 2000 and Bernie Sanders in 2016, instead of steadying a slipping candidate’s fate. Hillary Clinton was an exception in 2008, but she lost the nomination to Barack Obama.

The former vice president made light of the Iowa results as he campaigned in New Hampshire on Tuesday. But he told voters in Somersworth on Wednesday that he wouldn’t sugarcoat the impact of Iowa on his 2020 effort. He began to more aggressively criticize his rivals as he sought a reboot.

The campaign, he said, “took a gut punch," but it would be premature to write him off.

His word had echoes of Bill Clinton in 1992, when he declared himself "the Comeback Kid” after finishing second to Democratic Sen. Paul Tsongas of Massachusetts.

Ned Helms, a former chairman of the New Hampshire Democratic Party who has endorsed Biden, was quick to evoke Clinton’s stand after Biden made his latest plea to voters.

Biden has a number of hurdles in New Hampshire if he wants to make a comeback a reality.

His campaign event Wednesday was only his fifth in the state since the start of the year. Last month, Biden had the fewest New Hampshire events of any of the candidates regarded as being in the top four in the race, even as neighboring senators Elizabeth Warren and Bernie Sanders juggled Iowa and the Senate impeachment trial.

The 77-year-old Biden also hasn’t been making time in recent weeks for one of the traditions New Hampshire voters are most fond of: taking questions from the audience in town hall settings. In each of his campaign events in the state since the start of the year, Biden has instead opted for working a rope line and talking to voters after events.

Sanders has the largest publicly announced staff in New Hampshire and was boosted by raucous rallies in the state last month. Biden’s campaign instead opted for smaller gatherings. Warren is also regarded as having a strong organization in New Hampshire, and she made key early investments in the state, while former South Bend, Indiana, Mayor Pete Buttigieg is now primed to try to build off his success in Iowa.

Biden "didn't put the resources into this state, and so there's nothing like a firewall," Dante Scala, a political science professor at the University of New Hampshire.

Through the end of 2019, Biden’s New Hampshire appearances were defined largely by his rehashing his time serving as vice president and criticizing President Donald Trump.

Wednesday was different, as Biden focused on the two rivals who appear to have the most momentum following Iowa. A Sanders nomination could have far-reaching down-ballot consequences, Biden warned, as candidates get stuck with Sanders' democratic socialist label. Nominating the 38-year-old Buttigieg, Biden said, is a risk.

'Well, I guess that's what you have to do at this point," said Cindy Lovejoy, a 62-year-old Biden supporter. "You have to point out what he thinks is wrong with their campaigns or their beliefs."

Biden also finds himself on shaky financial ground with less than a week until the New Hampshire primary. His campaign canceled a $119,000 South Carolina ad buy, according to the firm Advertising Analytics. A super PAC founded by his allies has struggled to raise money and spent much of what it had on ads in Iowa. And his campaign held only about $9 million in reserve at the end of 2019.

That suggests Biden could struggle to get his message out and communicate with voters in the contests that lie ahead at a time when his better-funded rivals will be bombarding the airwaves.

And an actual comeback in New Hampshire may mean winning over voters who admit liking Biden but have grown to have reservations about him as they’ve watched his 2020 campaign play out.