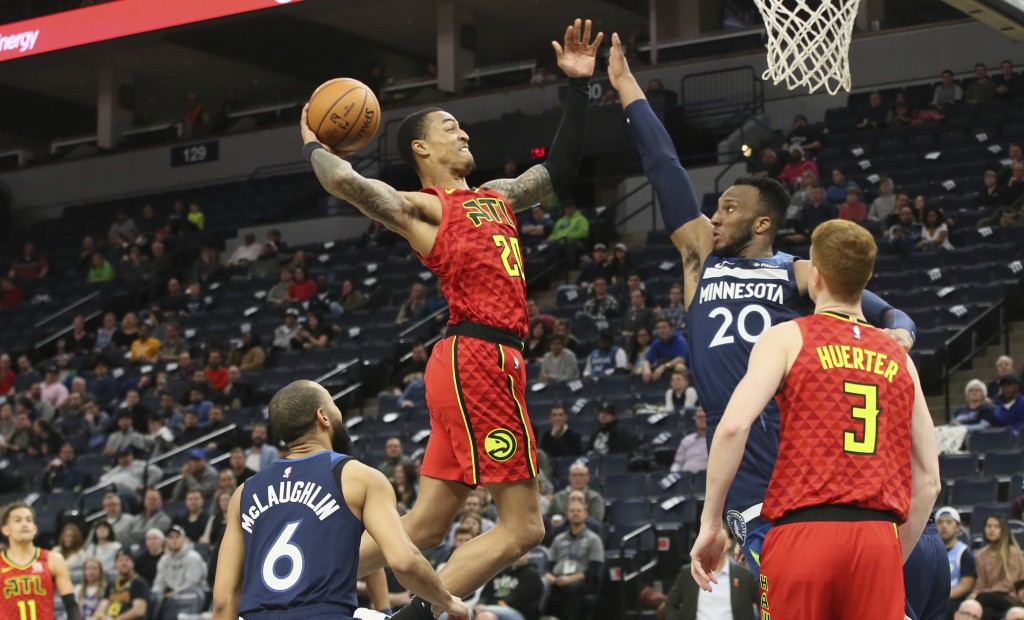 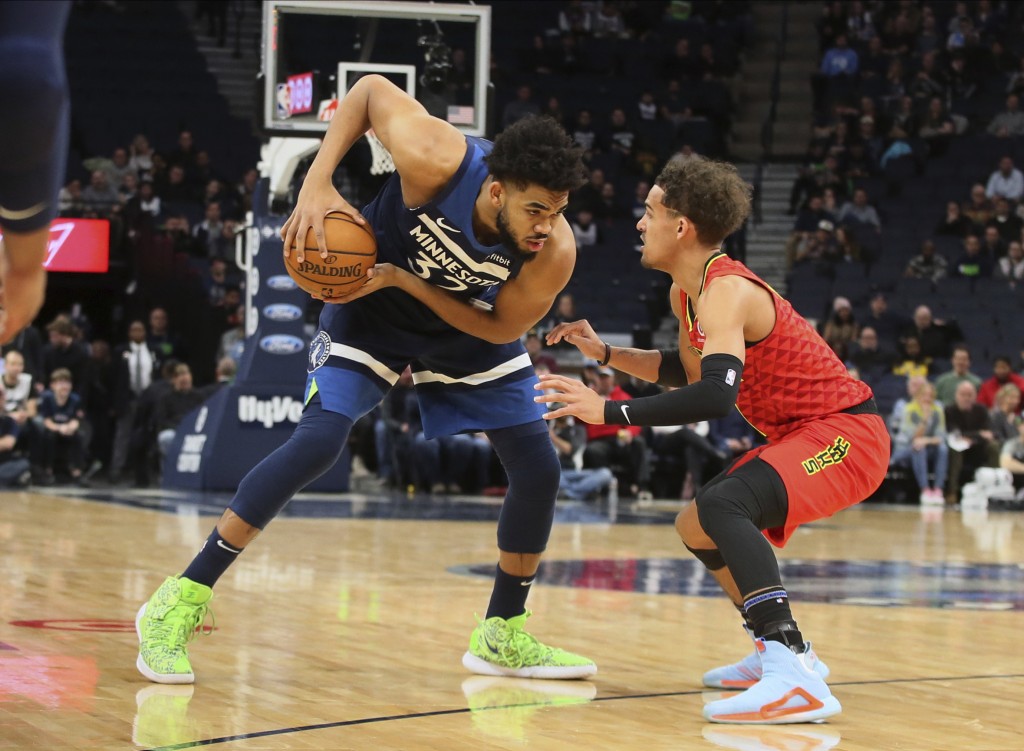 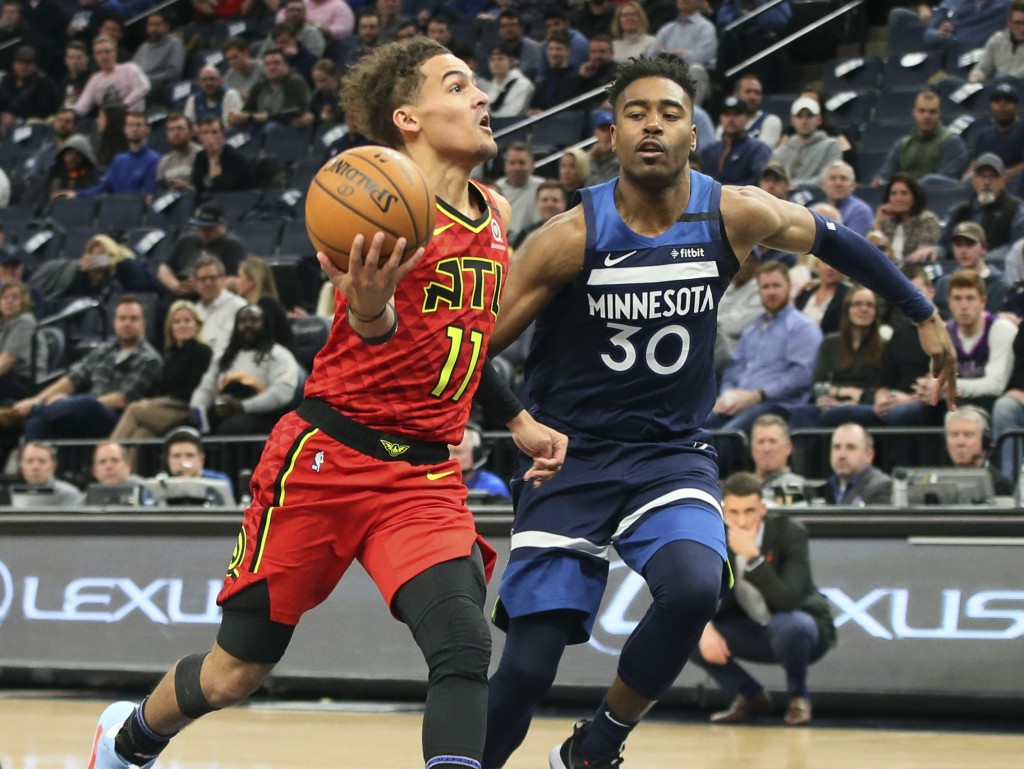 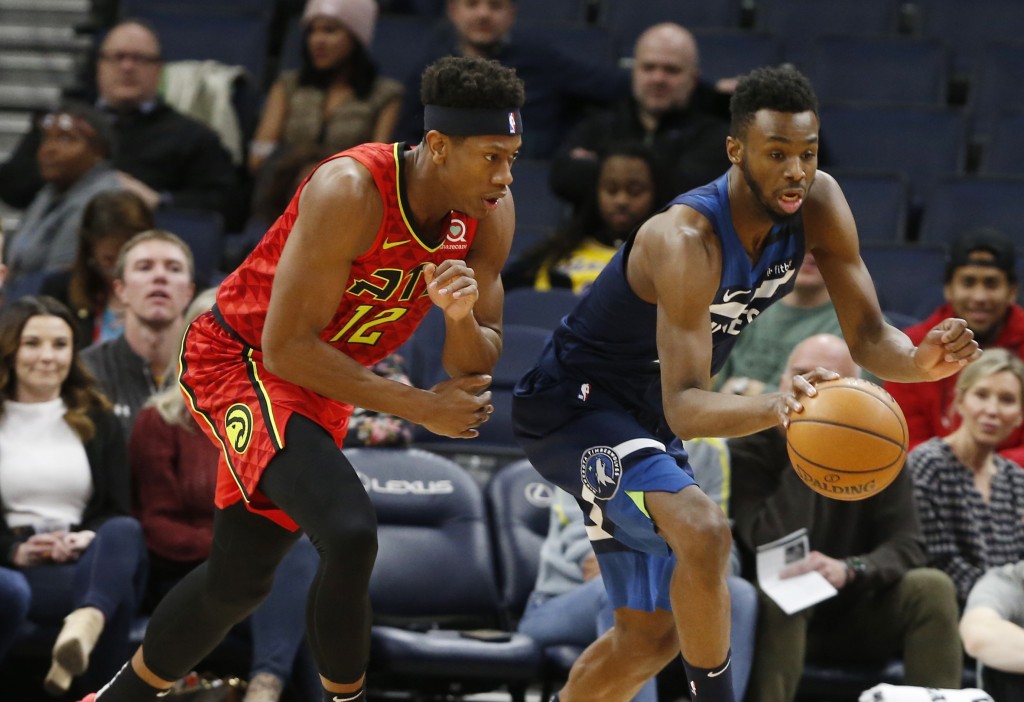 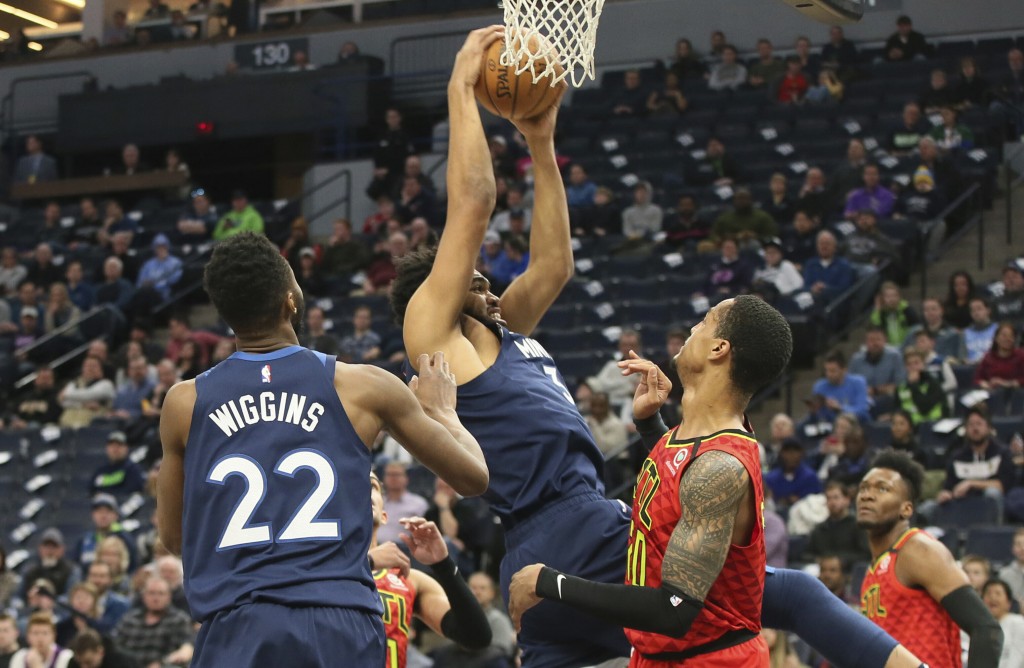 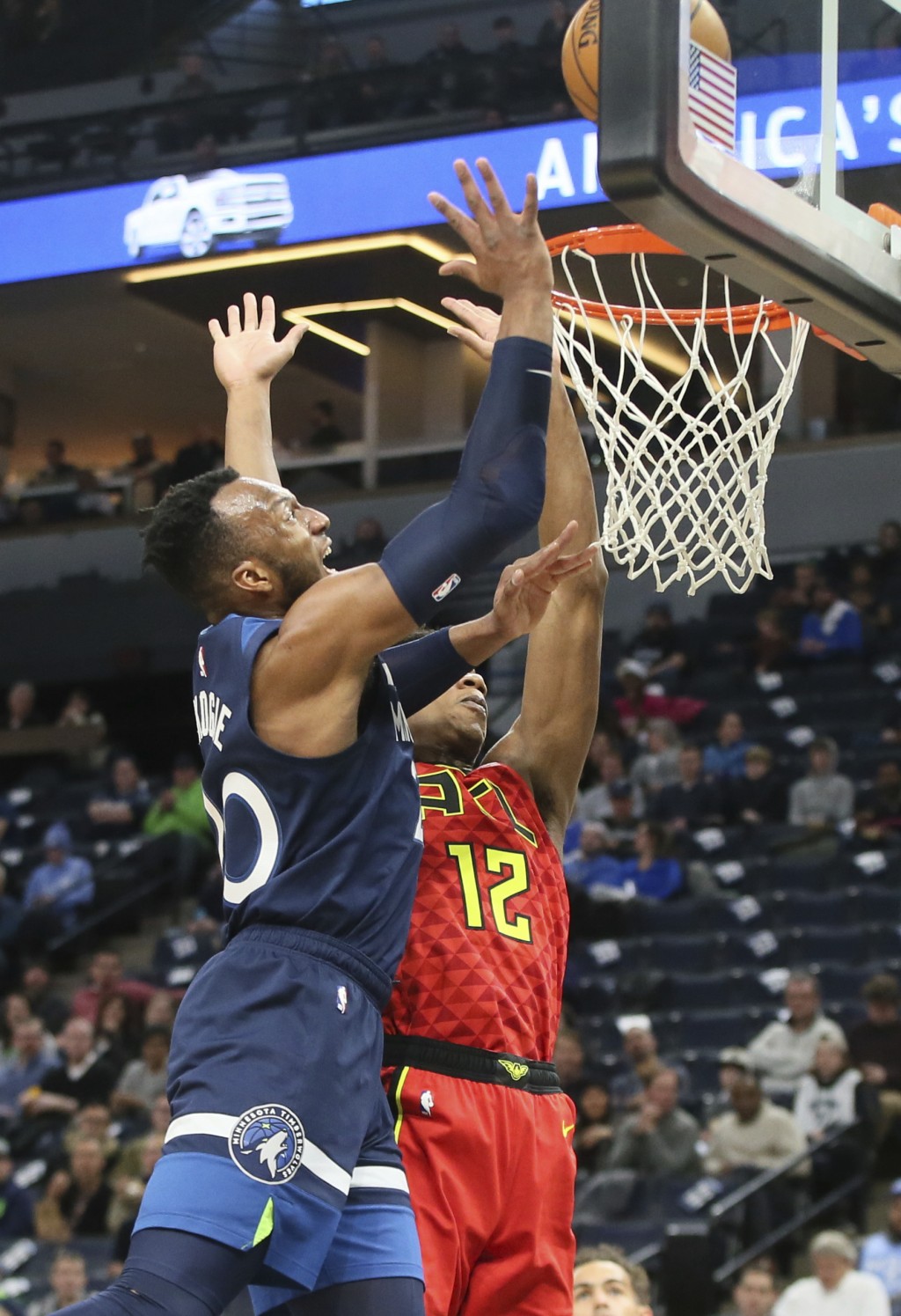 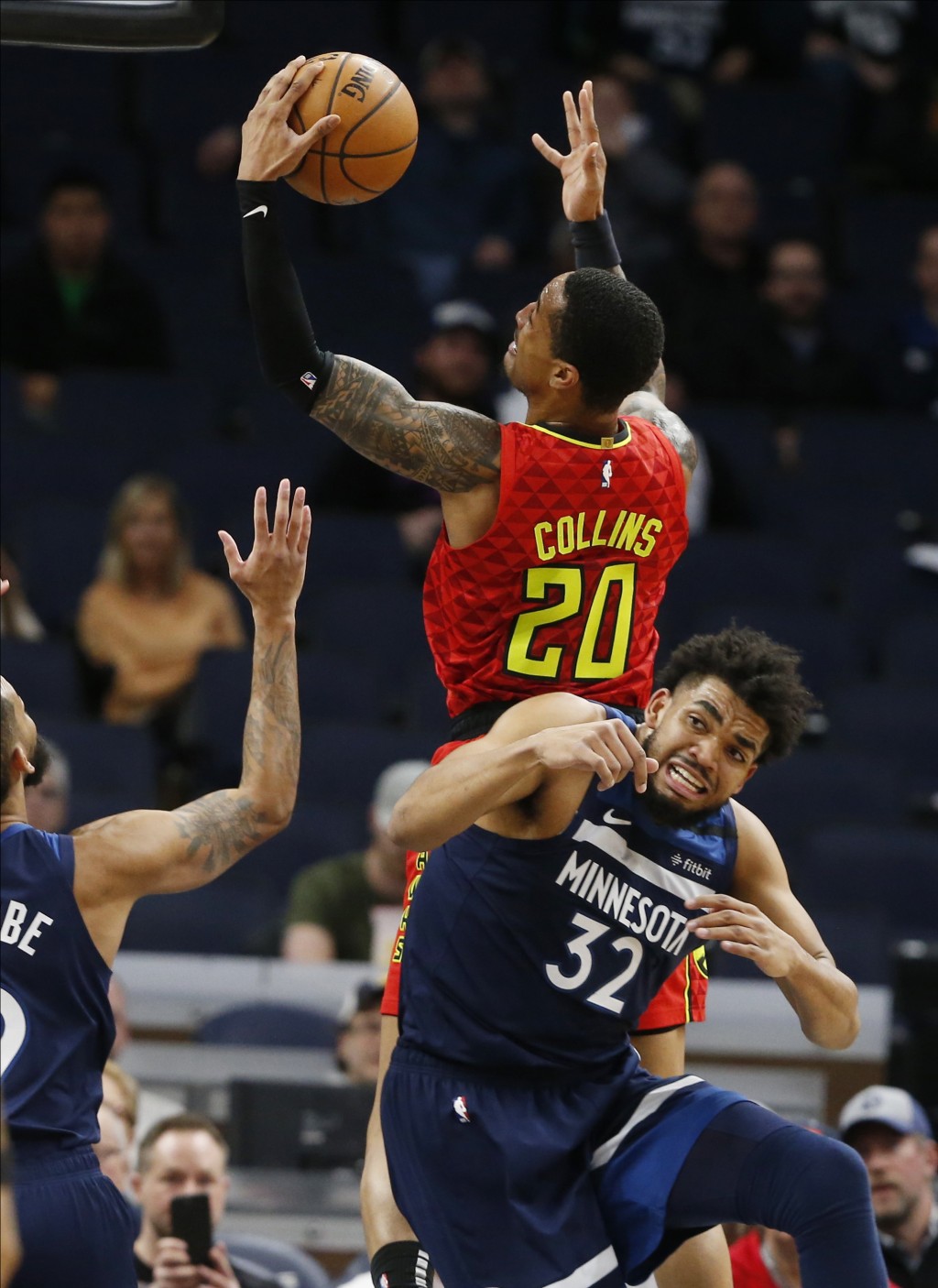 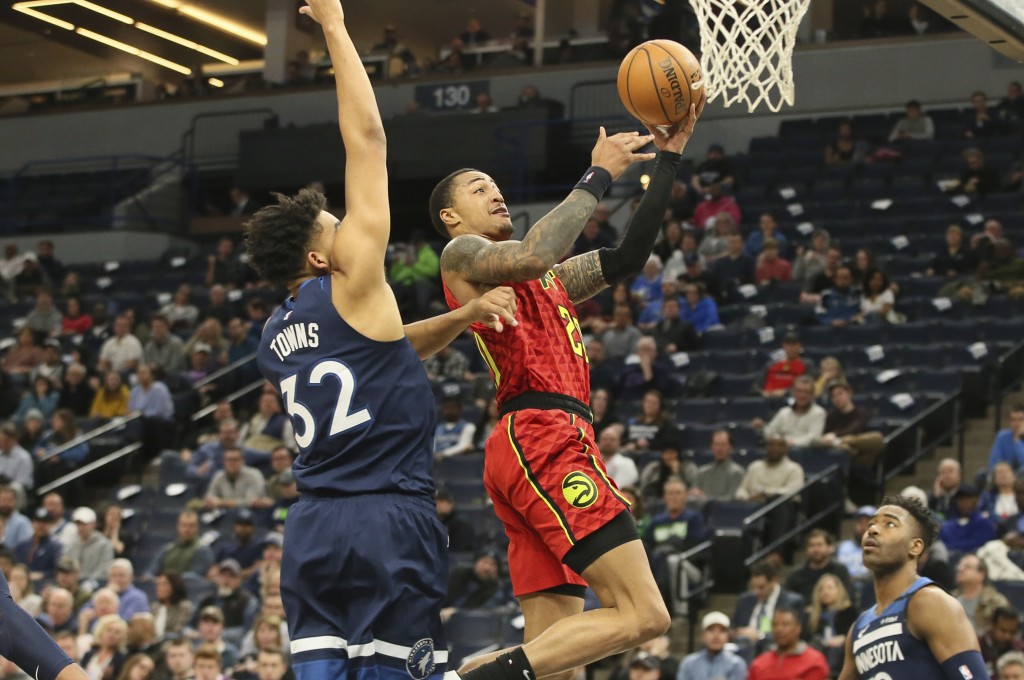 MINNEAPOLIS (AP) — Trae Young had 38 points and 11 rebounds and John Collins added 27 points and 12 rebounds to lead Atlanta past Minnesota 127-120 Wednesday night, as the teams braced for major roster shifts.

Collins had his fifth straight double-double for the Hawks, who prepared to add Clint Capela from Houston as part of Wednesday’s reported four-team, 12-player trade that will also send Robert Covington and Jordan Bell from Minnesota to the Rockets.

Andrew Wiggins scored 25 and Josh Okogie 23 to lead the Wolves, who made it a game with a late 19-7 run in a too-little, too-late bid. Karl-Anthony Towns finished with 21 points as Minnesota lost its 13th straight game.

In a game featuring teams with 28 combined wins — not to mention Minnesota’s lengthy skid — this one had some intrigue, although not for the on-court action.

During halftime, the Hawks officially announced they waived Chandler Parsons to help to clear the way for Capela and Nene. In the fourth quarter, reports surfaced of additional moves.

Atlanta's young core gave their new teammates something to look forward to against the Wolves, who will add players with expiring contracts in a bid to land more talent.

Young and Collins had 20 and 15 points, respectively, by halftime. Collins had a double-double midway through the third quarter, and Young had some impressive alley-oops to Collins.

Minnesota, meanwhile, is expected to receive Evan Turner from Atlanta, along with Malik Beasley, Jarred Vanderbilt and Juancho Hernangomez from Denver. They certainly missed Covington, one of their better defenders since arriving last season in the trade that sent Jimmy Butler to Philadelphia.

The Wolves never led and struggled to recover from an early 14-4 run at the end of the first quarter that had them playing catch up the rest of the way. Atlanta led by as many as 21 points

Towns completed a three-point play with 1:25 remaining to cut Atlanta's lead to seven and Okogie's dunk with 48.4 to play made it 122-117. Vince Carter hit a 3-pointer, Okogie missed a 3, and the Hawks shot free throws the rest of the way.

Hawks: Young had his 12th game with at least 30 points and 10 assists, tying for the league lead. ... PG Jeff Teague and and G Treveon Graham returned to Minnesota for the first time since being traded on Jan. 16 in exchange for Allen Crabbe. Teague scored nine points and had an impressive block on Jordan McLaughlin during a fast-break. … Bruno Fernando left the game with a strained left calf.

Timberwolves: The Wolves allowed 23 points off 17 turnovers. … Crabbe had two points against his old team.