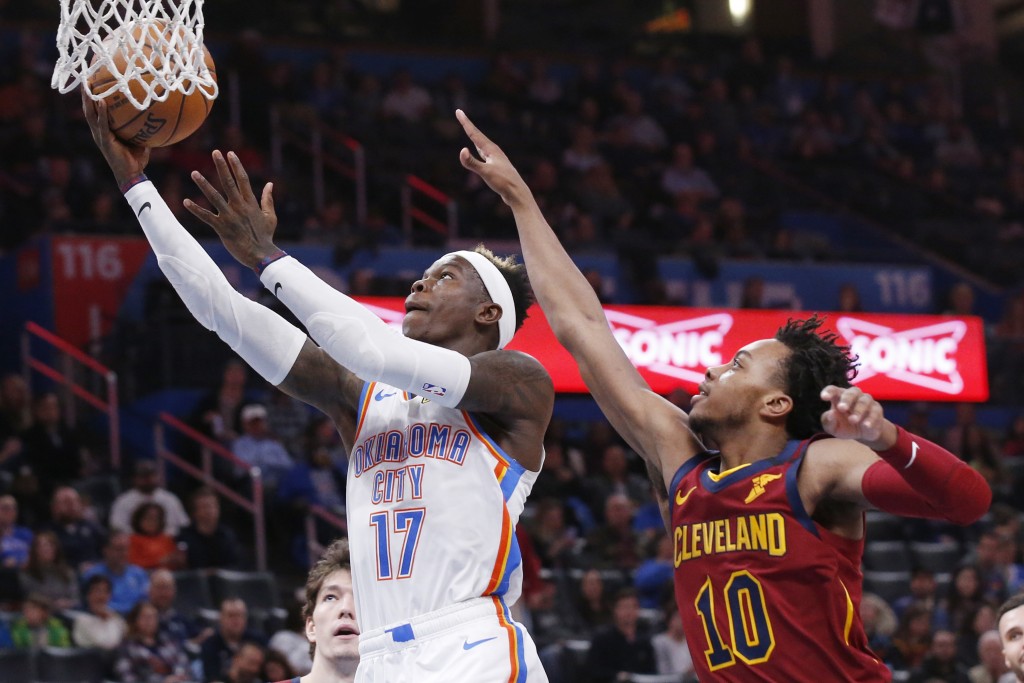 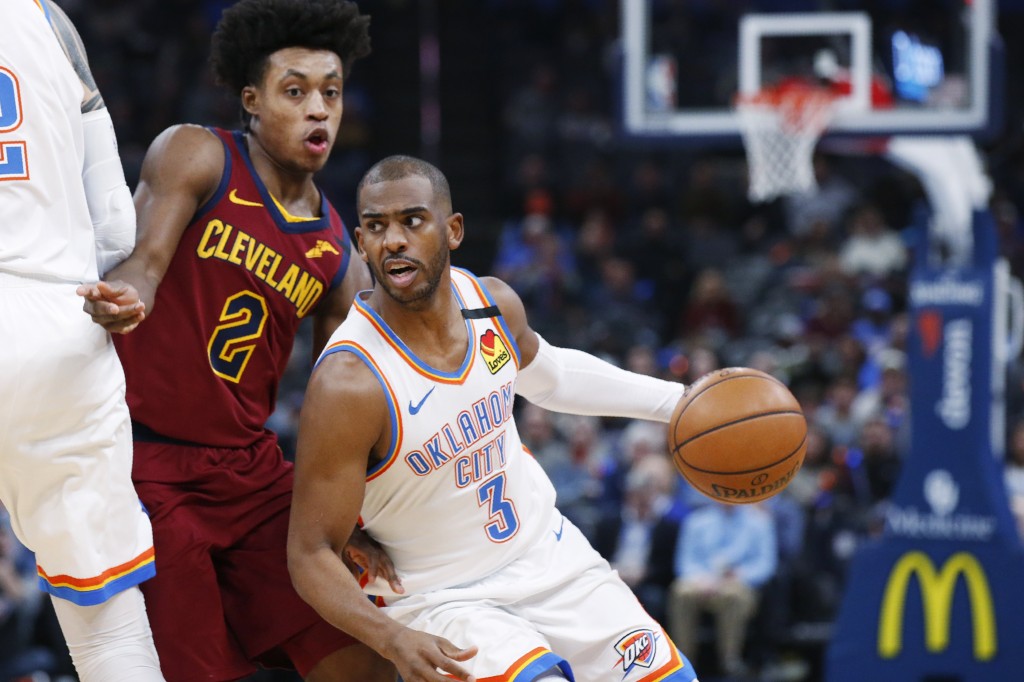 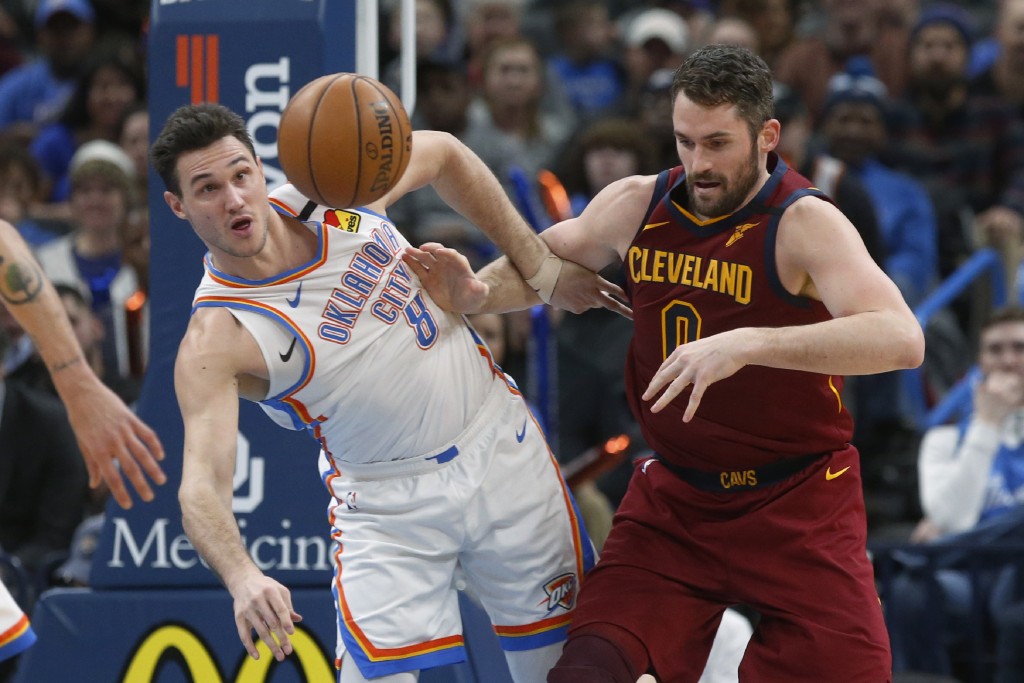 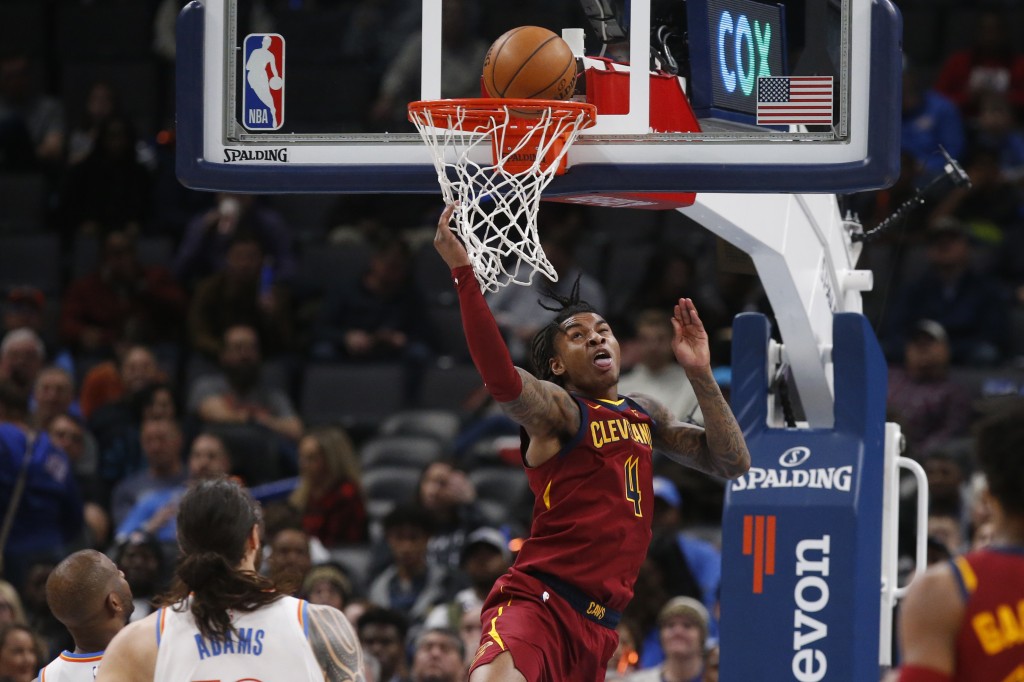 It was Schroder's eighth straight game with at least 20 points. He was a reserve in seven of those games, including this one.

Shai Gilgeous-Alexander had 23 points and Danilo Gallinari added 15 for the Thunder, who have won eight of nine.

Collin Sexton scored 23 points and Kevin Love had 20 for the Cavaliers, who have lost 12 of 13.

The Thunder led 61-53 at halftime behind 15 points from Schroder and 12 from Gilgeous-Alexander and Gallinari. Oklahoma City shot 52.4% before the break.

Cleveland led briefly in the third quarter after an early rally, but the Thunder took an 84-81 lead into the fourth.

Schroder was whistled for a technical after he disagreed with an offensive foul call against him with 3:42 remaining and the Thunder leading 95-94. The play was reviewed and the offensive foul was reversed, but the technical still stood. Cleveland tied the game at 95 on a free throw by Love.

Schroder hit two free throws with just under a minute left to put Oklahoma City up by three. After a turnover by Cleveland, Schroder hit a corner 3-pointer with 28.3 seconds remaining to push the lead to 106-100.

Cavaliers: F/C Tristan Thompson sat out with a sore right quadriceps. John Henson got the start and finished with 11 rebounds. ... Sexton scored 12 points in the first quarter. ... Nance grabbed 10 rebounds as a reserve.

Thunder: G Terrance Ferguson missed eight straight games for personal reasons and returned to practice this week. Lu Dort got the start, but Ferguson entered in the first quarter. ... Dort finished with four points. Ferguson did not score in 11 minutes.