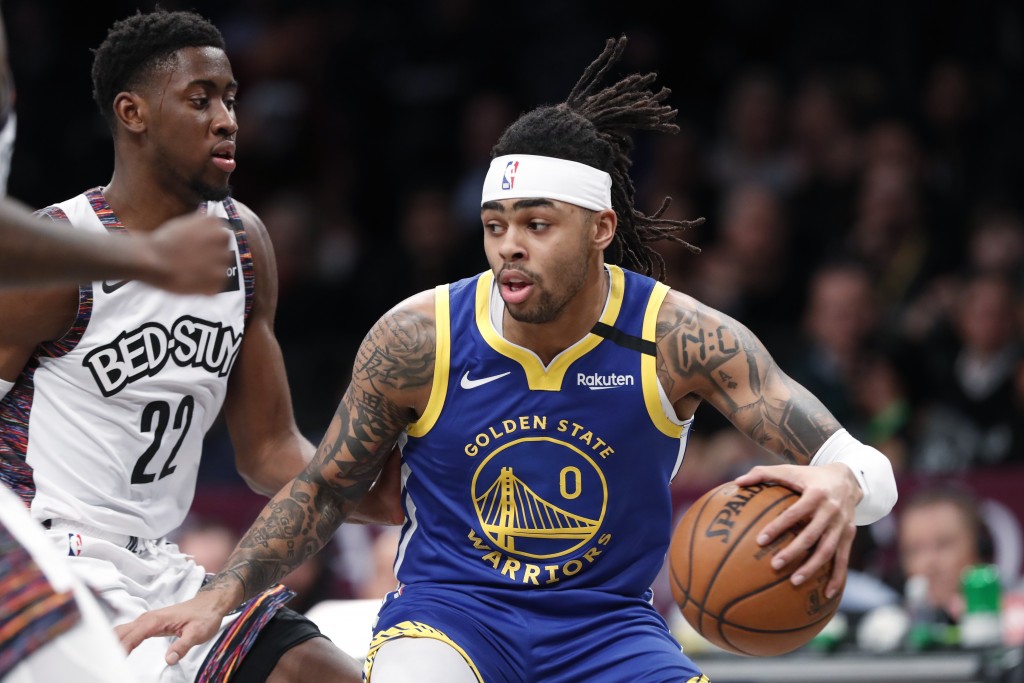 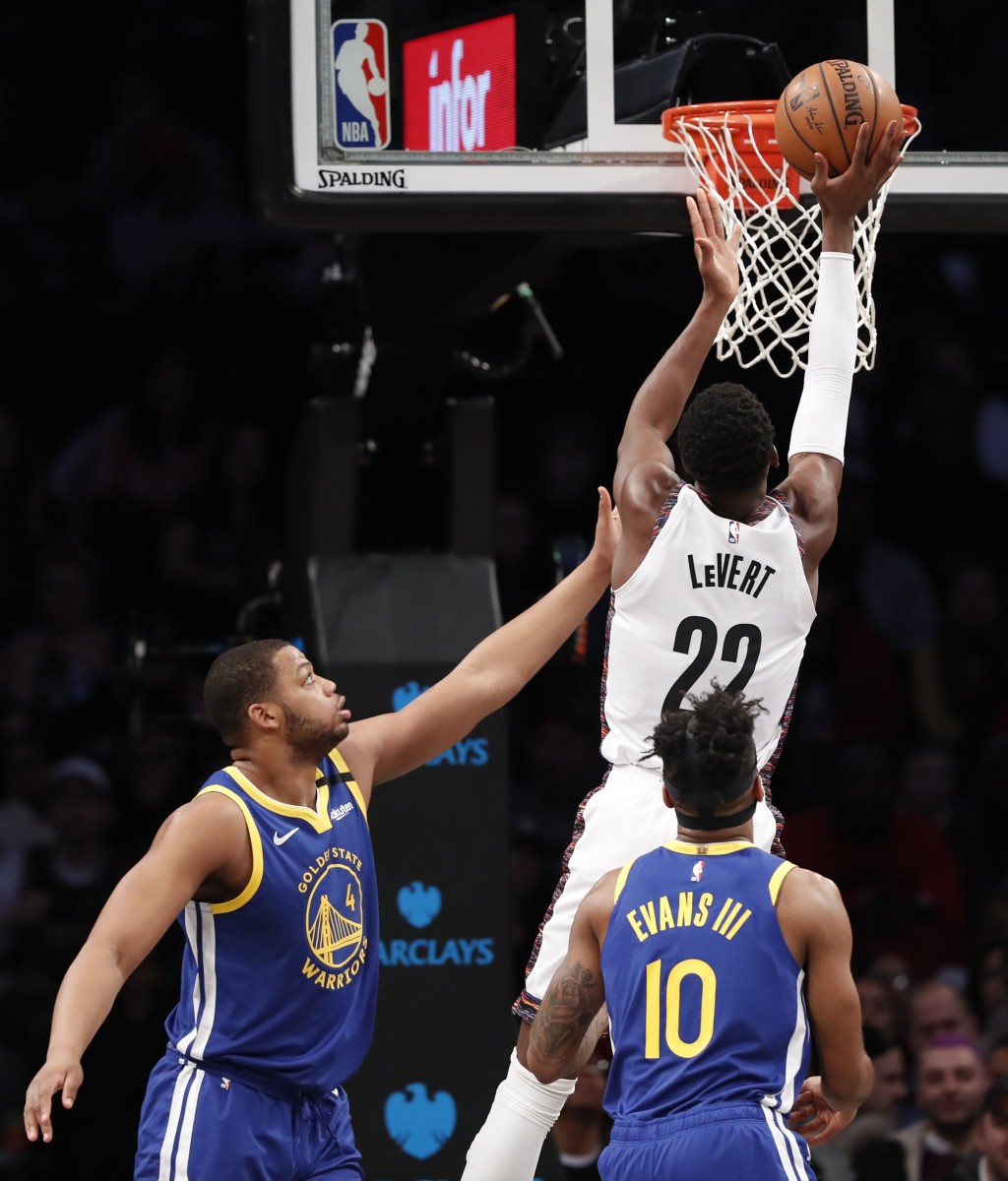 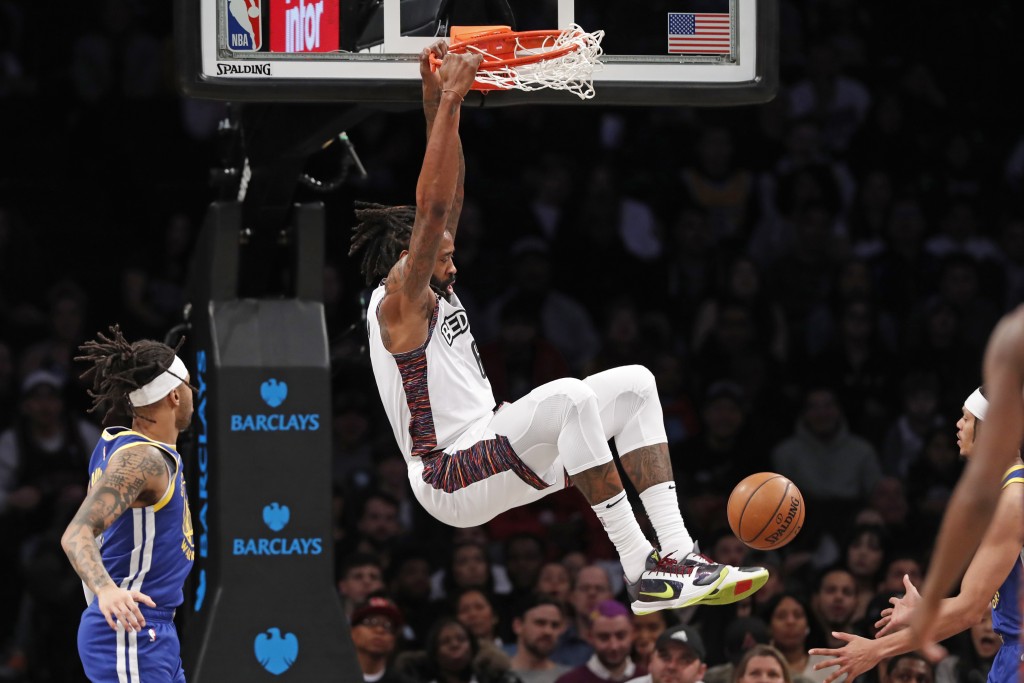 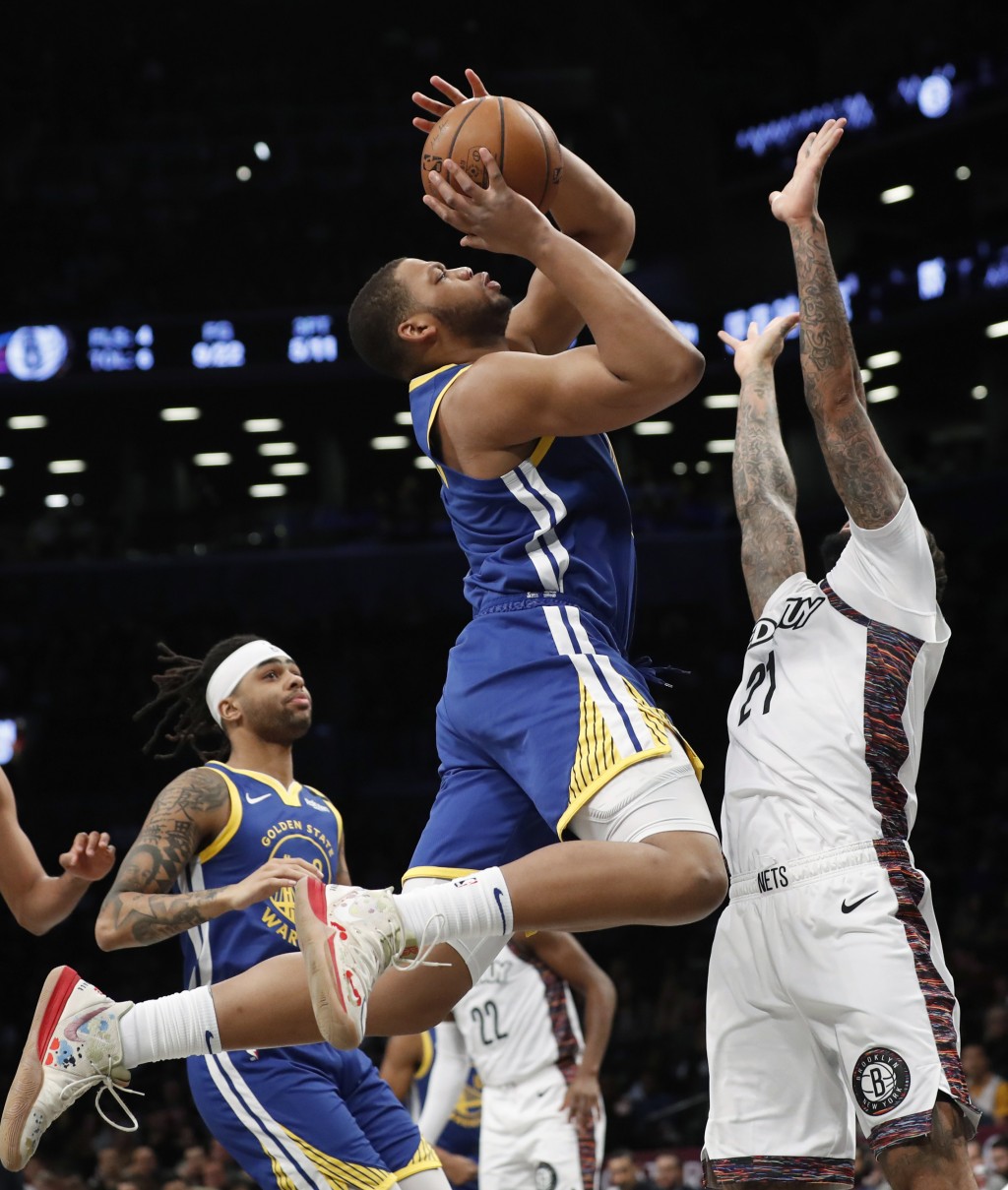 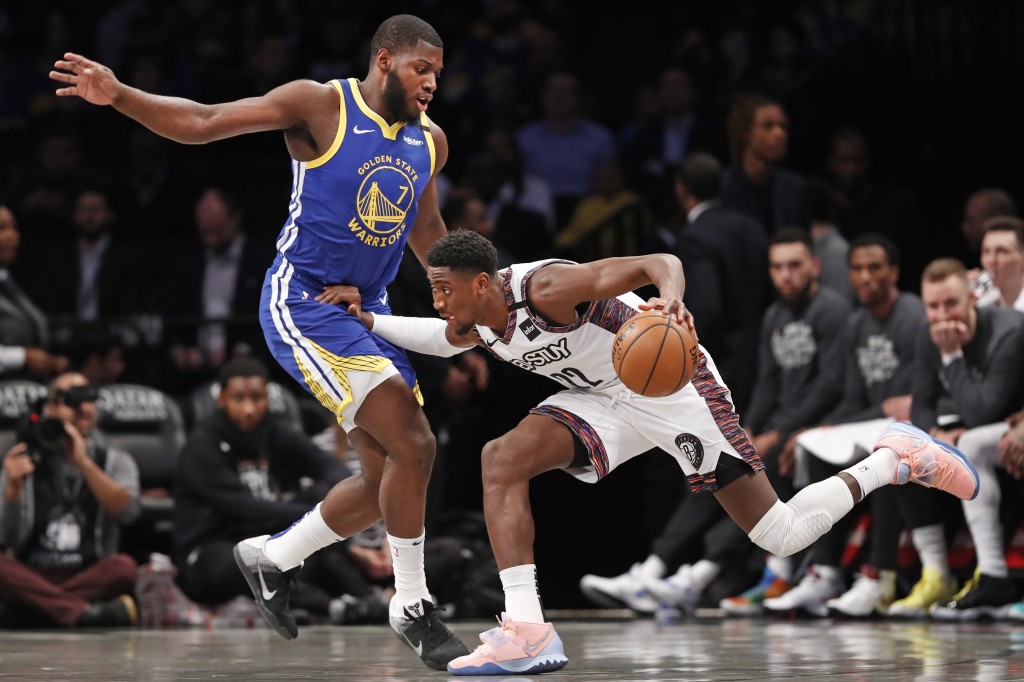 NEW YORK (AP) — Caris LeVert scored 23 points and the Nets gave D'Angelo Russell a bruising welcome back to Brooklyn with a 129-88 rout of the Golden State Warriors on Wednesday night.

On the eve of the NBA's trade deadline, the Warriors held out Glenn Robinson III and Alec Burks, who had been two of their most productive players lately.

The guys who did play were run off the floor, falling behind 20-4, missing 20 of their 22 3-point attempts in the first half and trailing by as many as 44 points.

Joe Harris added 17 points and Garrett Temple had 16 for the Nets, who beat the Warriors for the first time in nearly five years. LeVert, after tying his career high with 29 points in his last outing, also had eight assists.

Russell got a nice ovation from fans, a tribute video from the Nets, and nothing else he'll want to remember about the night. He scored 17 points but was 0 for 8 from 3-point range and the Warriors were outscored by 29 points in his 18 first-half minutes.

Russell had two good seasons in Brooklyn and was a first-time All-Star last season. But he was expendable once the Nets signed Kyrie Irving and he was sent to Golden State in a sign-and-trade deal that brought Kevin Durant to Brooklyn.

Russell's name has also been connected to trade reports and he sat out Monday in Washington with what was called a bruised right quadriceps, but he returned to the starting lineup Wednesday. Fans chanted “Thank you, D-Lo! Thank you, D-Lo!” in appreciation of his role in leading Brooklyn back to the postseason last year.

The Nets rang up 40 points in the first quarter and were ahead 95-64 after three, their largest lead at home after three quarters since moving to Brooklyn in 2012.

Nets: Brooklyn has won four straight home games. ... The 31-point margin was the Nets' largest lead at home after three since they were ahead of Denver by 37 on Feb. 7, 2009.

HEARD IT THROUGH THE GRAPEVINE

Nets coach Kenny Atkinson said he paid no attention to trade rumors, focusing only on coaching his players. Warriors coach Steve Kerr is just the opposite. A former player and general manager, he thinks it's important in his role as coach to know what is being reported.

“I’m an NBA fan as well as a coach. I want to know what’s going on around the league, so I read a lot of the stuff," Kerr said. “Given where we are as a team, things can affect our group. So I need to be up to date on what’s happening so that I can be aware of what our players are reading and what they’re seeing, because it’s not easy to go through the trade deadline as a player. I’ve been there before."

The Warriors had won eight straight meetings since the Nets' last victory on March 2, 2015. It was their longest current winning streak and Brooklyn's longest current skid against any opponent.