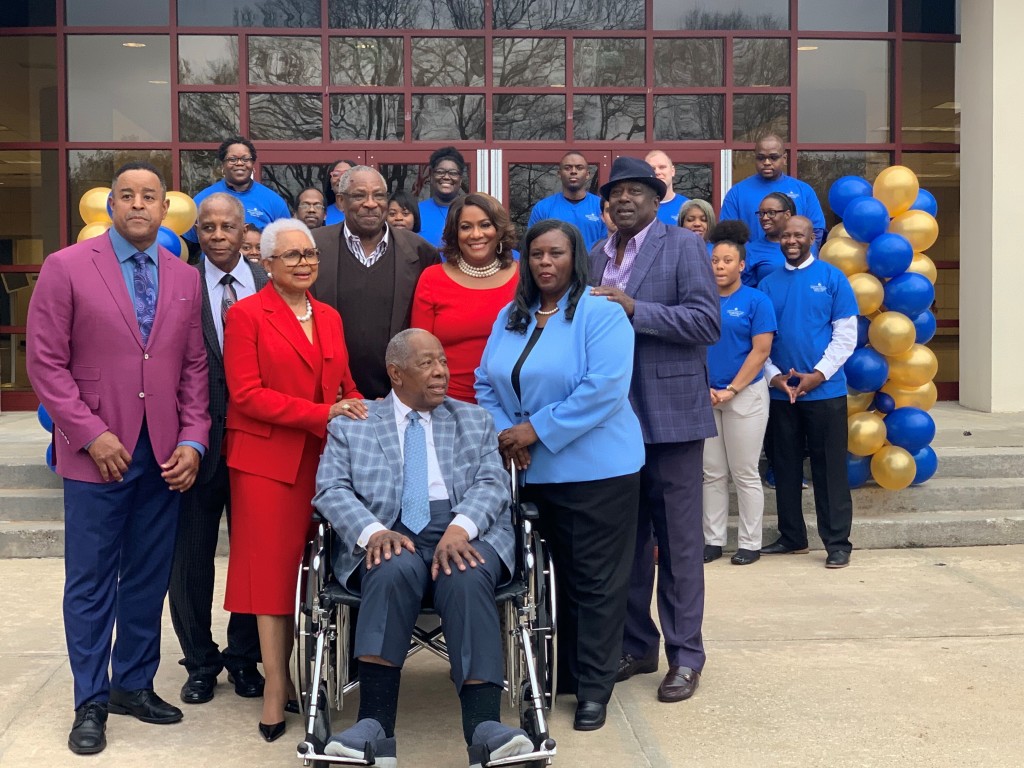 ATLANTA (AP) — Dozens of students dressed in blue excitedly welcomed Hank Aaron to their Atlanta college campus Wednesday as the school named a building for the baseball icon on his 86th birthday.

Atlanta Technical College renamed a building for the former Atlanta Braves slugger, christening it the Henry Louis “Hank” Aaron Academic Complex. Aaron, a longtime supporter of the college, donates thousands of dollars to the school every year and his Chasing the Dream Foundation awards scholarships to several students.

As the legend arrived, there was cheering all around. Aaron looked calm and smiled as students, teachers and several big names from baseball honored him on his birthday. Even former President Bill Clinton sent a video message.

Known as the “Home Run King,” Aaron had 755 home runs over a career that spanned from 1954 to 1976 and was inducted into the Baseball Hall of Fame in 1982. Now, he serves many roles with the Braves, where he spent most of his playing career.

He also has lobbied for efforts to encourage more young African American athletes to choose baseball.

“I would like to see more blacks in baseball, and it’s just a matter of them going out and playing,” he said.

“They can they can build more field baseball fields. Number 1, they can have more baseball equipment; 2, they can teach coaches in and them learn how to play the game,” he said.