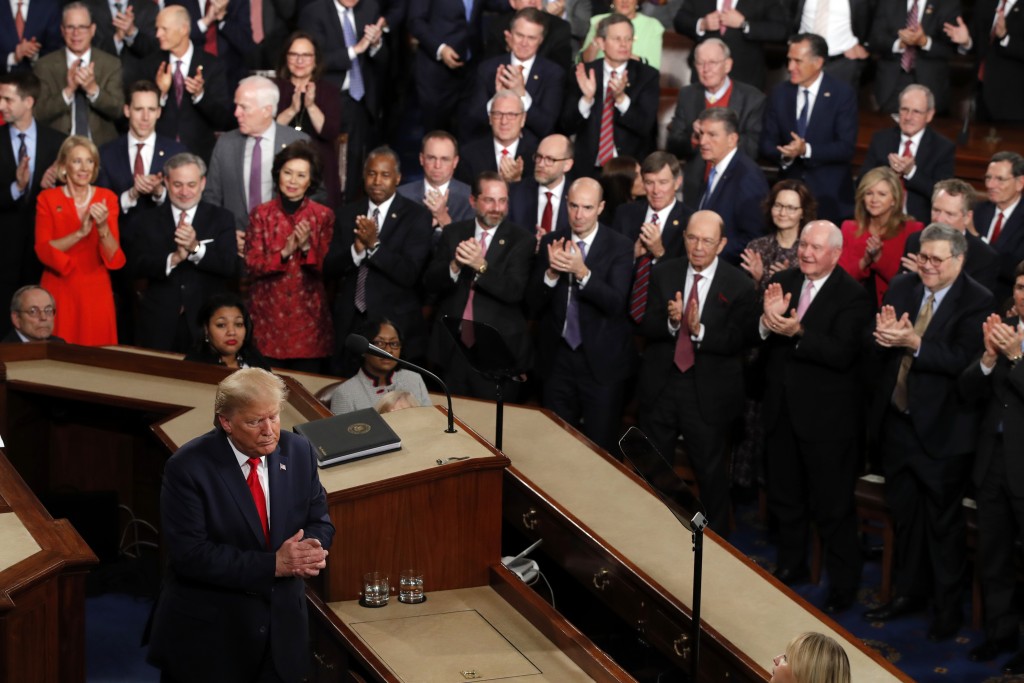 NEW YORK (AP) — Viewership was sharply down for President Donald Trump's State of the Union address on most of the top television networks — except for Fox News Channel.

The Nielsen company estimated that 37.2 million people watched Trump's speech live across 12 TV networks Tuesday night. That's down from 46.8 million people who saw his speech last year, and the smallest audience for his presidency.

Fox News had by far the biggest audience for a speech that was widely viewed as a kickoff to the president's reelection campaign. Nielsen said 11.6 million people watched on Fox, up 2% from last year's State of the Union.

But there were big viewership tumbles for other networks — 41% down from last year on MSNBC, 33% down on NBC and 30% each on CBS and ABC, Nielsen said.

NBC's total of 4.8 million came in second to Fox News.

State of the Union viewership tends to fall off the longer a president is in office; President Barack Obama's last such address in 2016 had 31 million. But the 37.7 million who watched Obama during his reelection year in 2020 slightly topped Trump at the same point in his presidency, Nielsen said.