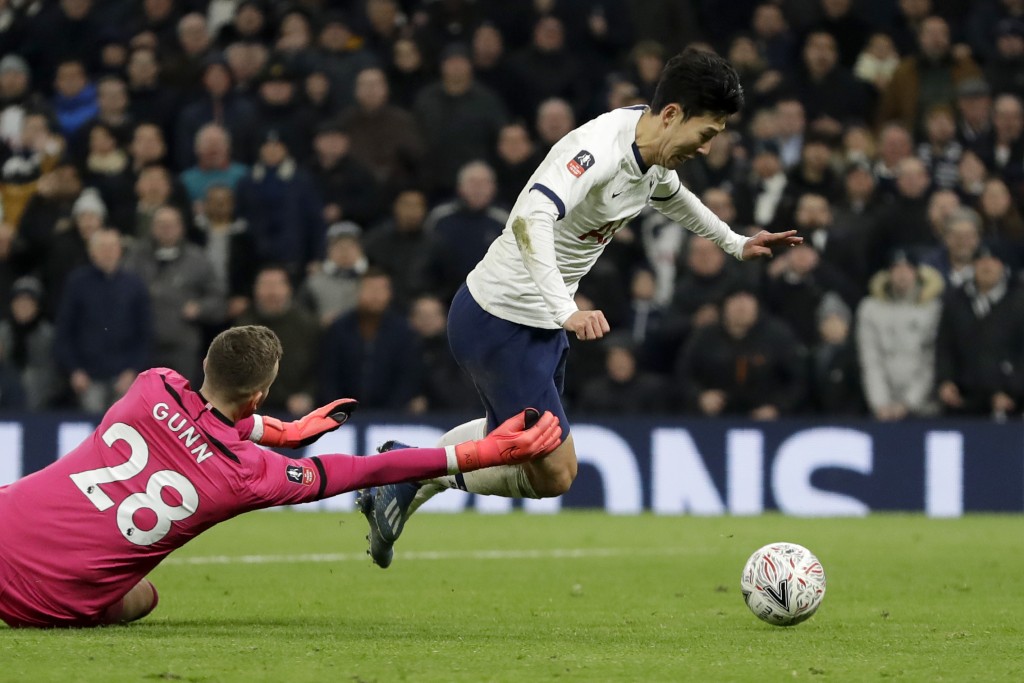 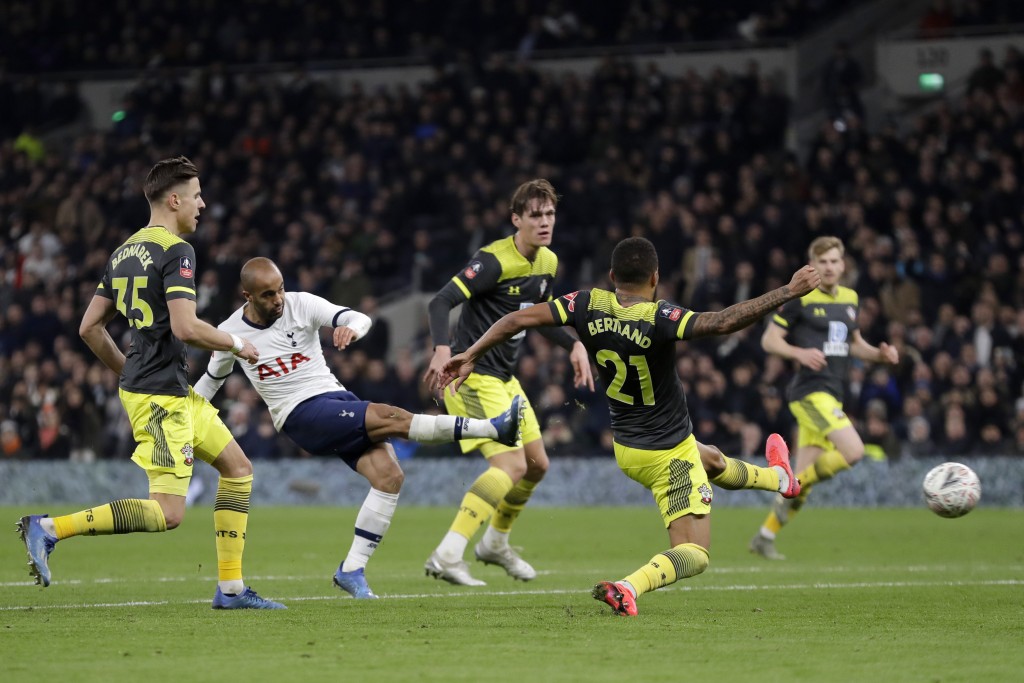 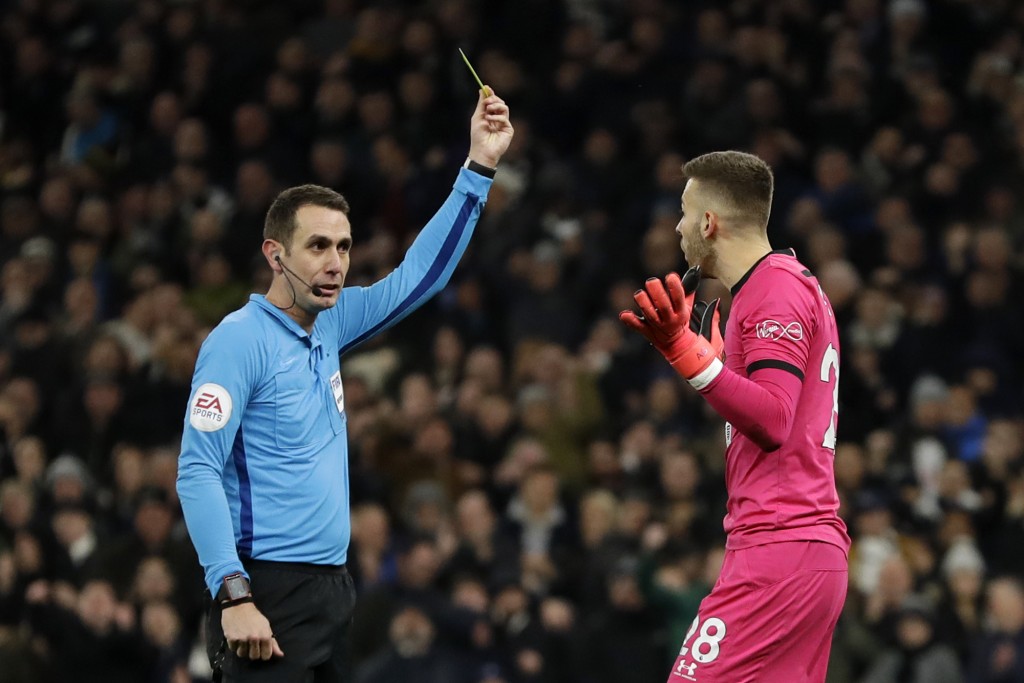 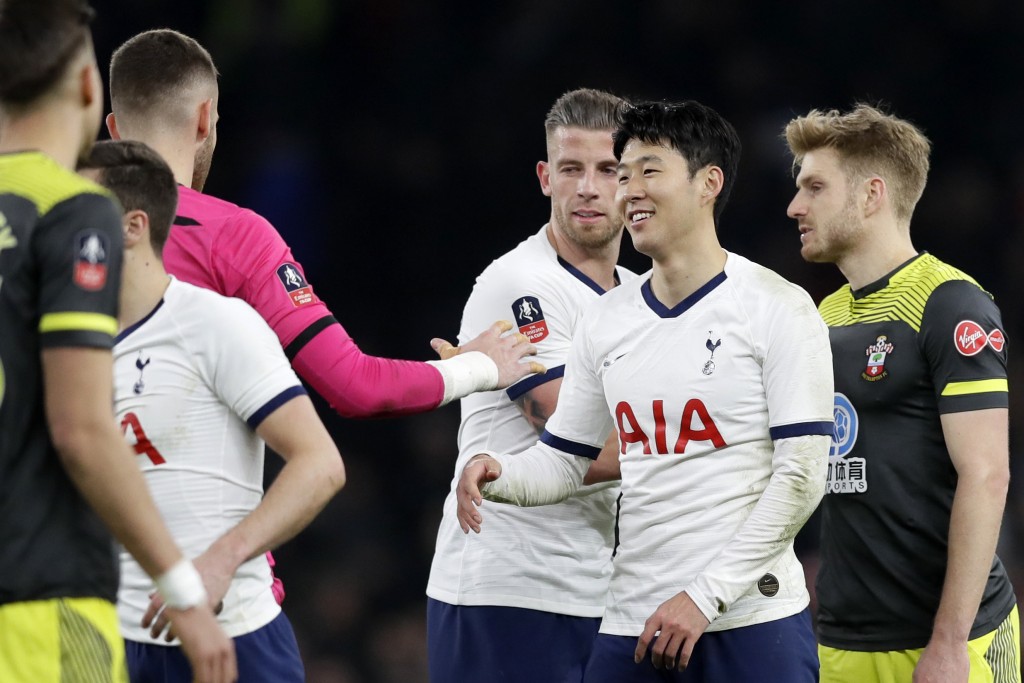 Son was awarded the penalty despite going down under minimal contact from goalkeeper Angus Gunn, and coverted it himself in the 87th minute.

Tottenham will host another Premier League club, Norwich, in the fifth round in the first week of March.

Tottenham took the lead fortuitously after Tanguy Ndombele's off-target shot was diverted into his own net by Southampton defender Jack Stephens in the 12th minute.

Danny Ings hit the crossbar for Southampton before the visitors did manage to level in the 34th.

Nathan Redmond found space in Spurs' penalty area to send in a low shot that goalkeeper Hugo Lloris could only parry into the path of Shane Long, who knocked in the rebound.

There was a blow for Southampton when midfielder James Ward-Prowse was carried off on a stretcher with a knee injury.

But Southampton took the lead in the 72nd following a superb break by Redmond.

The winger picked up the ball on the edge of his own area after Southampton cleared a right-wing cross Serge Aurier before setting off downfield.

Redmond skipped past two Tottenham defenders before knocking it past a third to run clear into the home side's half. He slid a pass into Ings, who cut inside Japhet Tanganga and curled into the bottom corner from the edge of the box.

The lead lasted just five minutes, though, thanks to Lucas Moura's strike. The Brazilian weaved his way towards the edge of the penalty area, played a one-two with Dele Alli, and fired into the bottom corner.