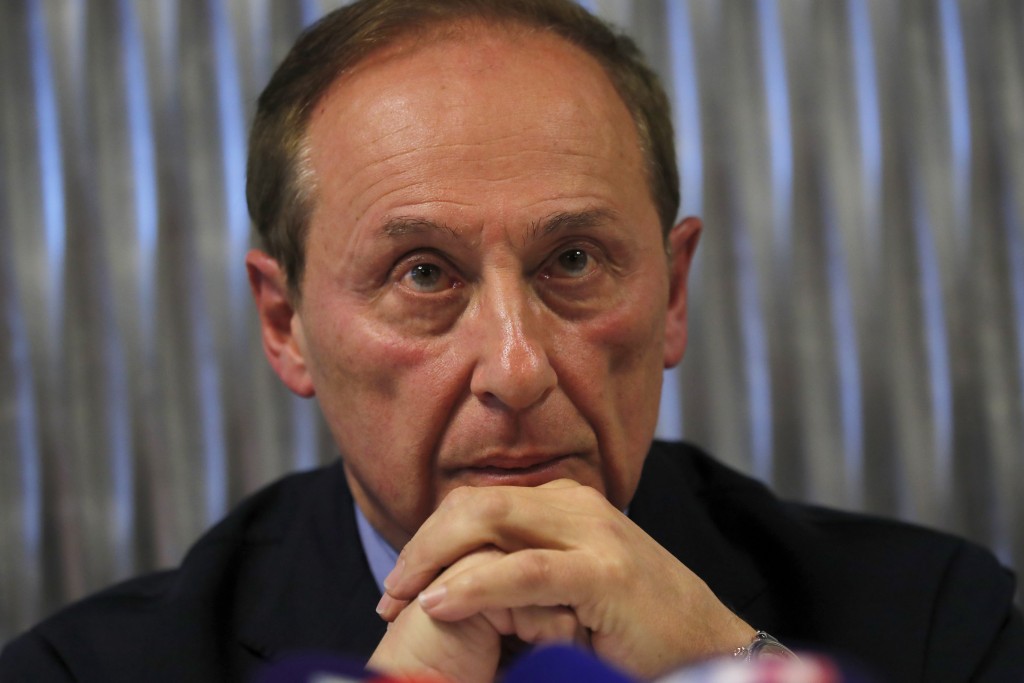 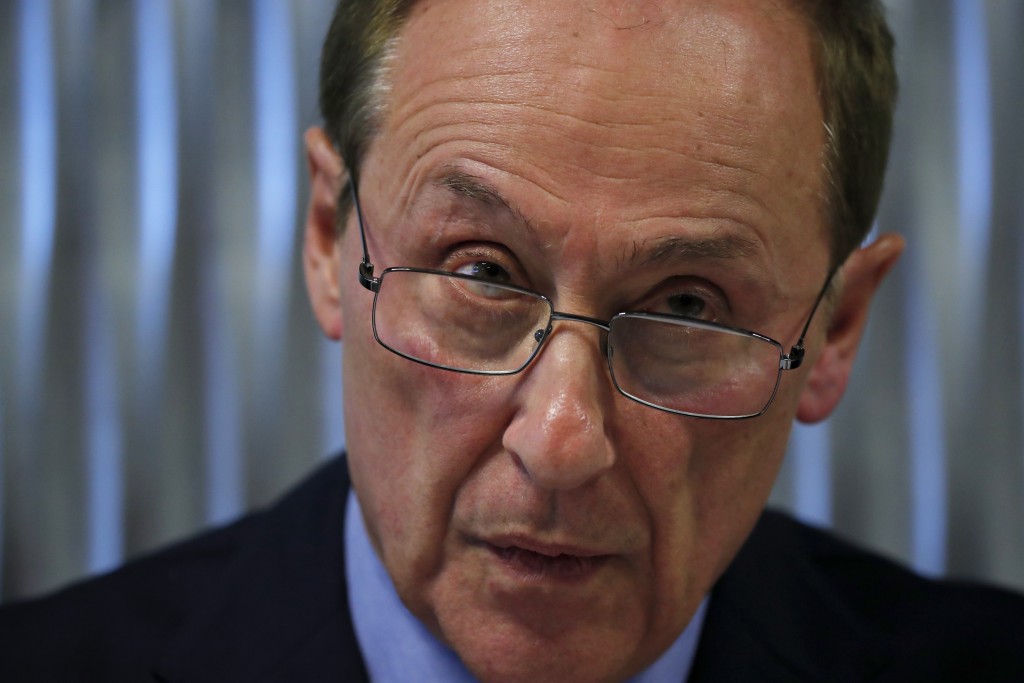 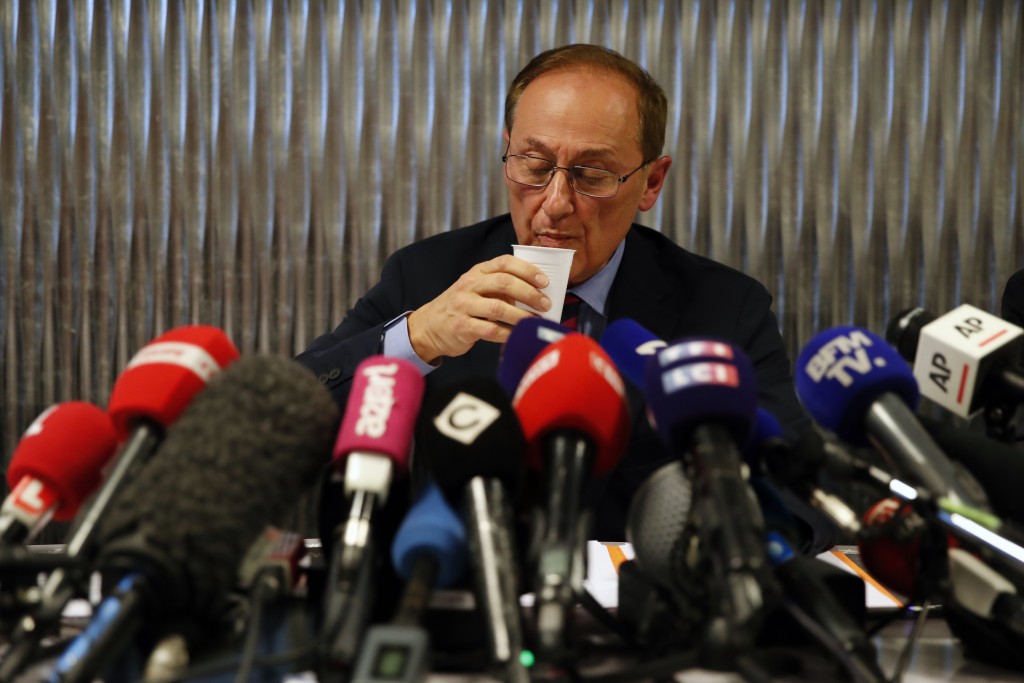 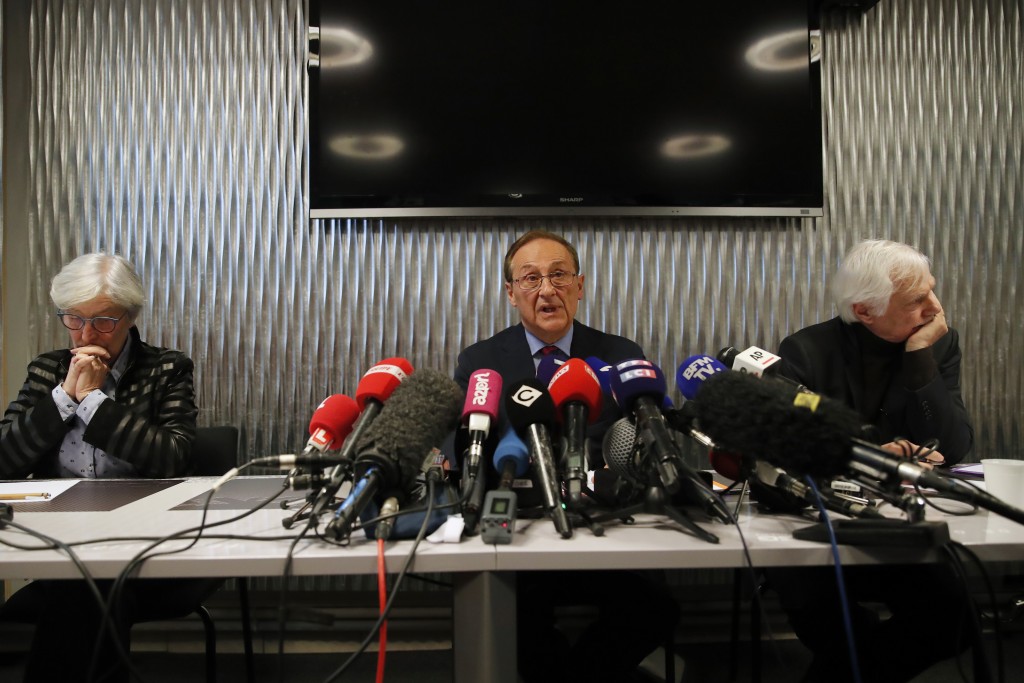 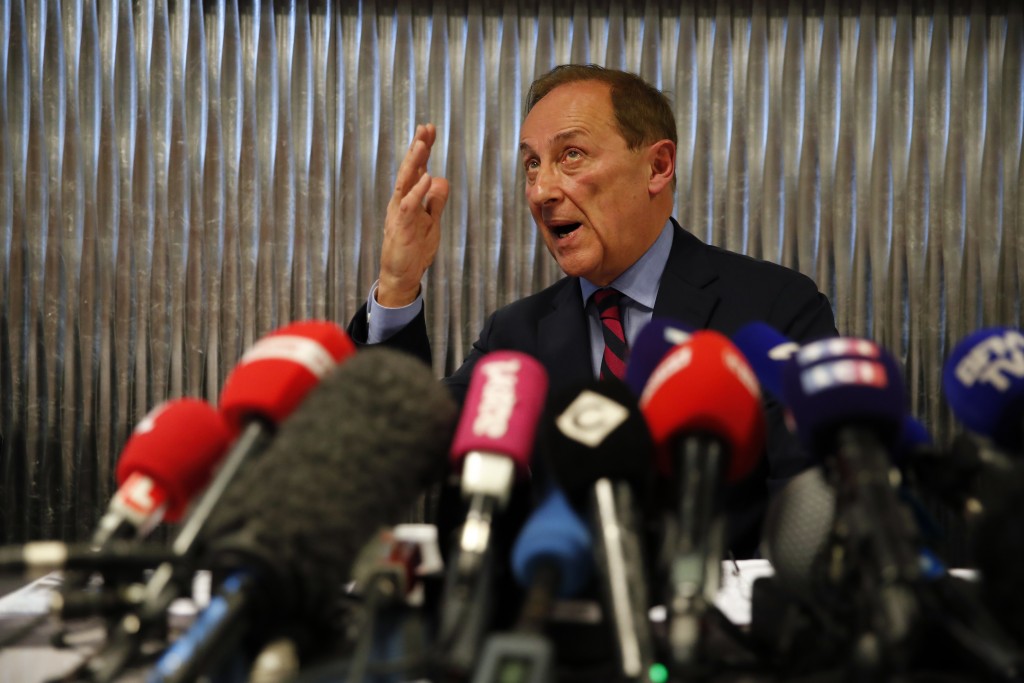 PARIS (AP) — The French skating federation's long-serving president says he “absolutely did not protect” a coach accused of rape and sexual abuse by former figure skaters who were coached by him in their teens.

Didier Gailhaguet spoke at a news conference Wednesday, one day after Paris prosecutors opened a criminal investigation following accusations from 10-time French champion Sarah Abitbol that she was raped by skating coach Gilles Beyer from 1990 to 1992, when she was a teenager. Abitbol is now 44.

Two other former skaters have also accused Beyer, and denounced a lack of support from the federation.

The accusations have led to calls for Gailhaguet to resign as Beyer was allowed to continue having roles at the French skating federation until 2018 despite having been let go by the French sports ministry in 2001 following a report highlighting repeated “serious acts" committed against young skaters.

But Gailhaguet defended his actions and instead placed the blame on former sports minister Marie-George Buffet, saying she allowed Beyer to continue working despite evidence against him.

“In order to resign I would have had to be at fault,” he said. “I certainly committed errors, several of them, but I am not at fault. ... I absolutely did not protect Gilles Beyer. I am even the one who asked for the investigation with the minister (Buffet in 2001).”

Buffet has said she had sent Beyer's case file to prosecutors, but that they did not follow up on it.

The Associated Press does not normally name sexual assault victims. But Abitbol accused Beyer in a book published last week and has also spoken about her personal experience on television.

Other figure skaters have come forward as well.

Hélène Godard says she was sexually abused by Beyer when she was 13 and 14, in her room at the National Institute of Sport in Paris, where she resided, and later in his apartment.

Laure Detante says she was sexually abused by Beyer when she was 13.

Gailhaguet was in charge of the skating federation when Beyer was named France's team leader during the 2011 Junior World Championships held in Gangneung, South Korea. Gailhaguet said it was “probably through naivety or trust” that he allowed Beyer to be given that role, given serious allegations against him previously.

Gailhaguet was pressed as to whether he spoke to parents of the junior skaters involved in the 2011 worlds, out of a responsibility to warn them about Beyer, but said he did not.

Gailhaguet served a first term as FFSG president 1998-2004 and started his second stint in 2007. Four members of the FFSG's executive office, including a treasurer, resigned on Tuesday night.

Another figure skating coach was jailed for 10 years in 2003. Pascal Delorme was sentenced after skater Anne-Line Rolland said she was raped by him in 1993 at the age of 12.

Rolland said that Gailhaguet did not attend the trial in 2003 and that she never received any sign of support from the federation, in the form of a letter or otherwise.

Rolland said that she felt neglected and ignored and that other scared skaters retreated into a shell of fear and silent self-censorship.

“Of course we were aware that there was at least one coach who was dangerous. If we'd been listened to, maybe other women and other young girls would have spoken out," Rolland told BFM TV channel on Wednesday. "In the past three days, four days, I'm getting calls from women, ex-skaters, who say they were also victims (of Delorme) and that no one (from the federation) phoned them."

Detante said this week that she thinks Beyer has been protected by the skating federation, notably because he was allowed to resurface in different roles after being dismissed in 2001.

“In my opinion, yes, by Didier Gailhaguet. He (Beyer) was removed from the federation, then he comes back in through another door," Detante said. "He (Beyer) was still in charge of a club, he had a troop of skaters. That's not acceptable.”

France's current sports minister, Roxana Maracineanu, has asked Gailhaguet to resign, saying he “cannot absolve himself of his moral and personal responsibility.”