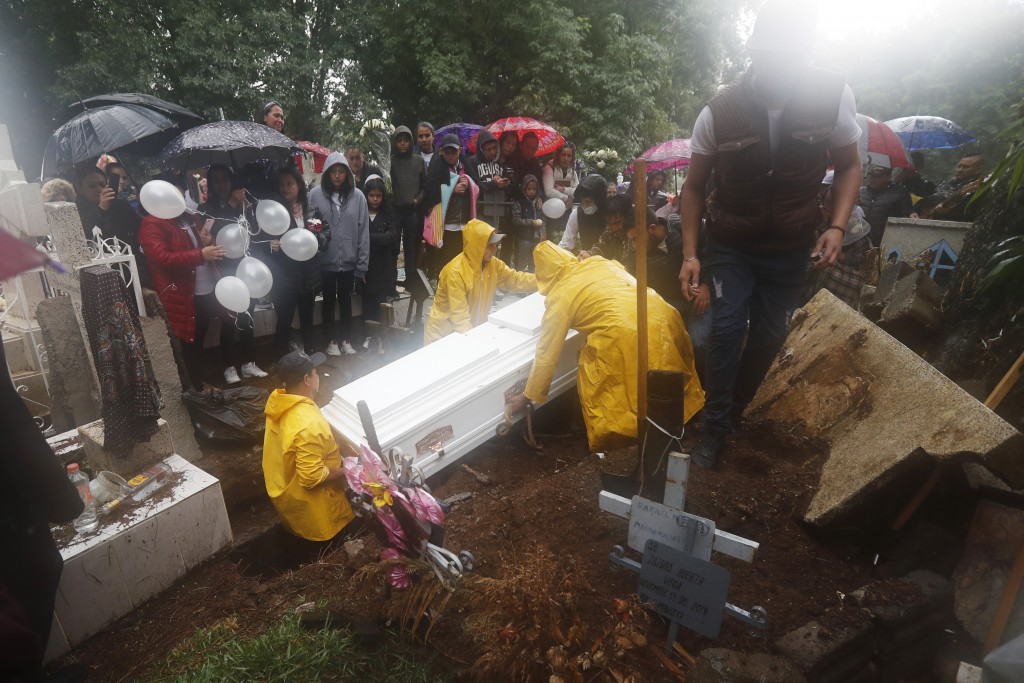 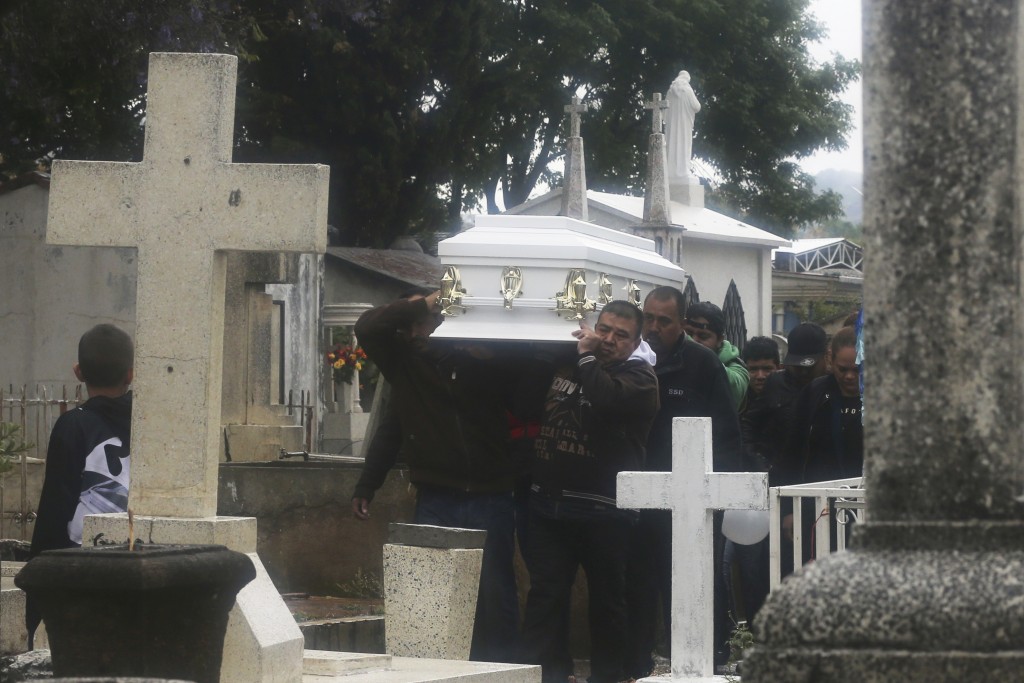 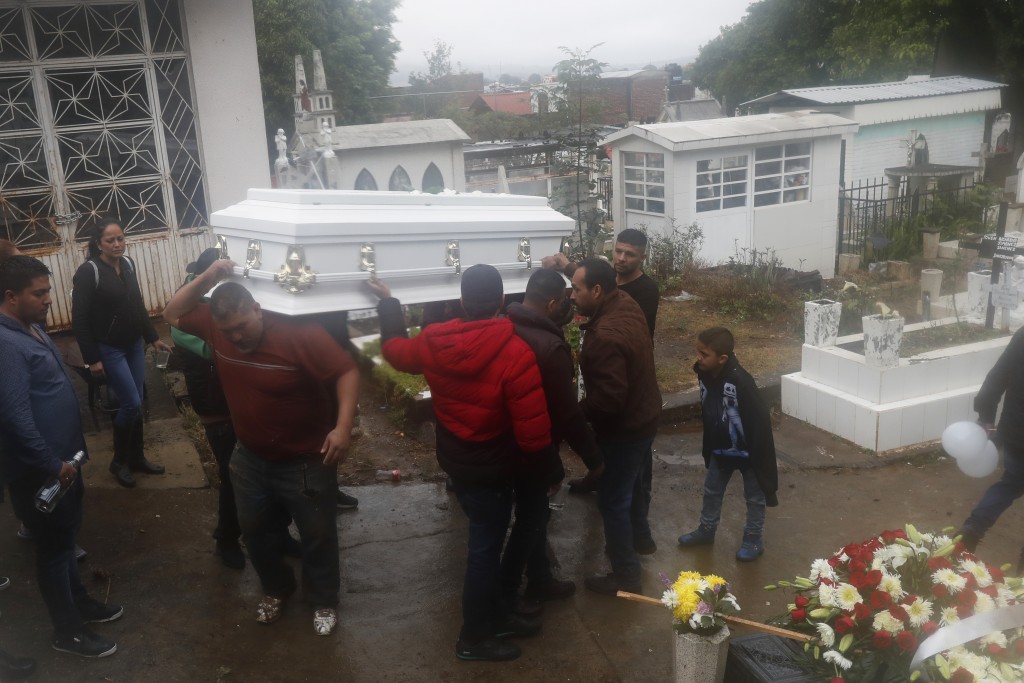 URUAPAN, Mexico (AP) — Relatives gathered in a driving rain Wednesday to mourn and bury three children, a 17-year-old and five adults shot to death in an attack on a video-game arcade in western Mexico.

Authorities haven't yet said whether the brutal killings were related to the drug violence that has swept Michoacan state.

But Rev. Sergio Arroyo, who officiated at the funeral of the dead boys, said simply: “We cannot remain powerless, we cannot let ourselves become accustomed to this. We must take action.”

The mothers wept and clutched framed photos of the three dead boys, who authorities have identified only as Luis Ángel, 12; Miguel Angel, 13; and José Alexis, 14.

Luis Angel's mother described her son had been an avid video game player and said he had sneaked out Monday after she told him he couldn't go to the arcade. She never saw him alive again.

Rosa Gutierrez, grandmother of Miguel Angel, said the boy was like many youths his age, a video game fanatic.

She said Miguel Angel used to go almost every afternoon after school to the arcade close to his house. On Monday, without telling anyone, he also slipped out for what he must have thought would be just another chance to play.

Four gunmen walked into the arcade, looking for gang rivals who purportedly hung out there. They apparently didn't find them, but started shooting anyway, killing those inside indiscriminately.

“I have cried myself all out,” Gutierrez said as the family buried Miguel Angel. “I have no more tears left, now they are coming from the sky,” she said, gesturing at the heavy rain.

Uruapan, a city of about 340,000 people, is in Mexico's avocado belt, where violence has reached shocking proportions.

Before the arcade killings, investigators had found the decomposed bodies of 11 people in clandestine graves in the city over the weekend. Prosecutors said they were investigating a missing person case when they received a tip about the clandestine burial pits.

On Friday, gunmen attacked a municipal police patrol in Uruapan, killing one officer and wounding two. That attack may have been retaliation for the arrest earlier in the day of a Viagras gang leader who has been implicated in 19 killings.

Turf wars between the Jalisco and Viagras drug cartels, as well as predecessor groups, have bloodied the city for several years.

In August, Jalisco cartel gunmen left nine bodies hanging from an overpass, with seven more corpses hacked up and dumped by the road nearby. Just down the road were three more bodies, for a total of 19. They hung a banner from the overpass threatening the Viagras.

Uruapan is where many believe Mexico's 2006-2012 drug war began in September 2006, when armed, masked men burst into a bar there and tossed five severed heads onto the dance floor, along with written threats to rivals.