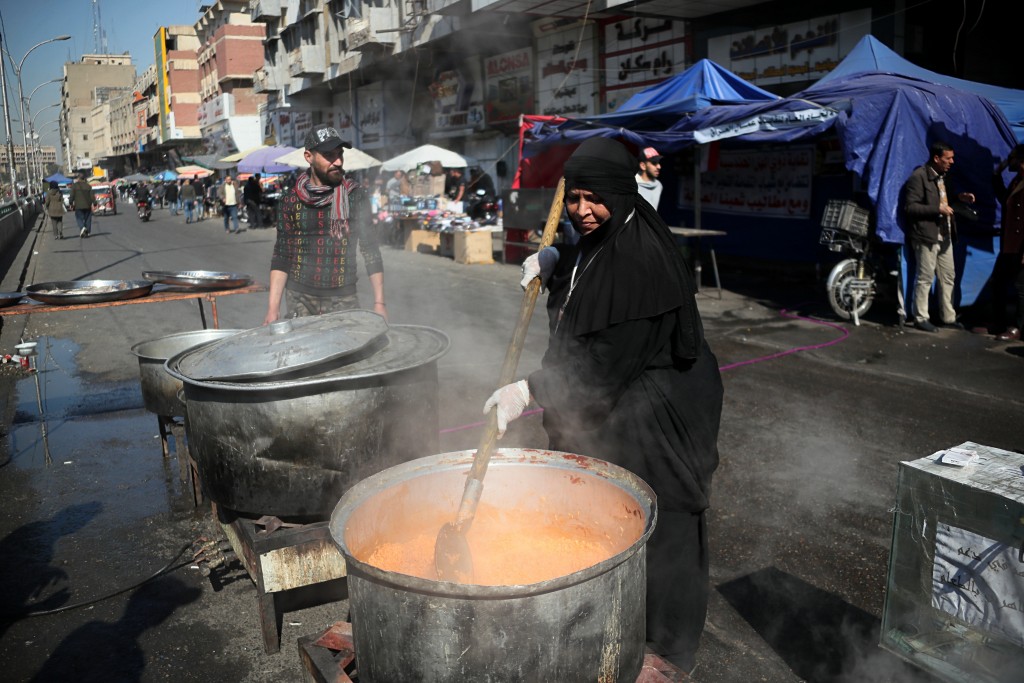 BAGHDAD (AP) — At least six anti-government protesters were shot dead and 52 were wounded in clashes with followers of a radical Shiite cleric in southern Iraq on Wednesday, Iraqi medical officials and activists said.

Clashes occurred between protesters and followers of Shiite cleric Muqtada al-Sadr in the holy city of Najaf in southern Iraq, two witnesses said. Protesters attempted to prevent followers from entering the sit-in site with sticks, and were wounded when shots were fired into the air.

Haidar Talib, a protester, said he saw followers of al-Sadr attempt to enter a sit-in site in the city, but protesters attempted to prevent their entry with sticks. Then al-Sadr’s men fired live rounds.

At least six protesters were killed and 52 wounded, according to two hospital official and one morgue official.