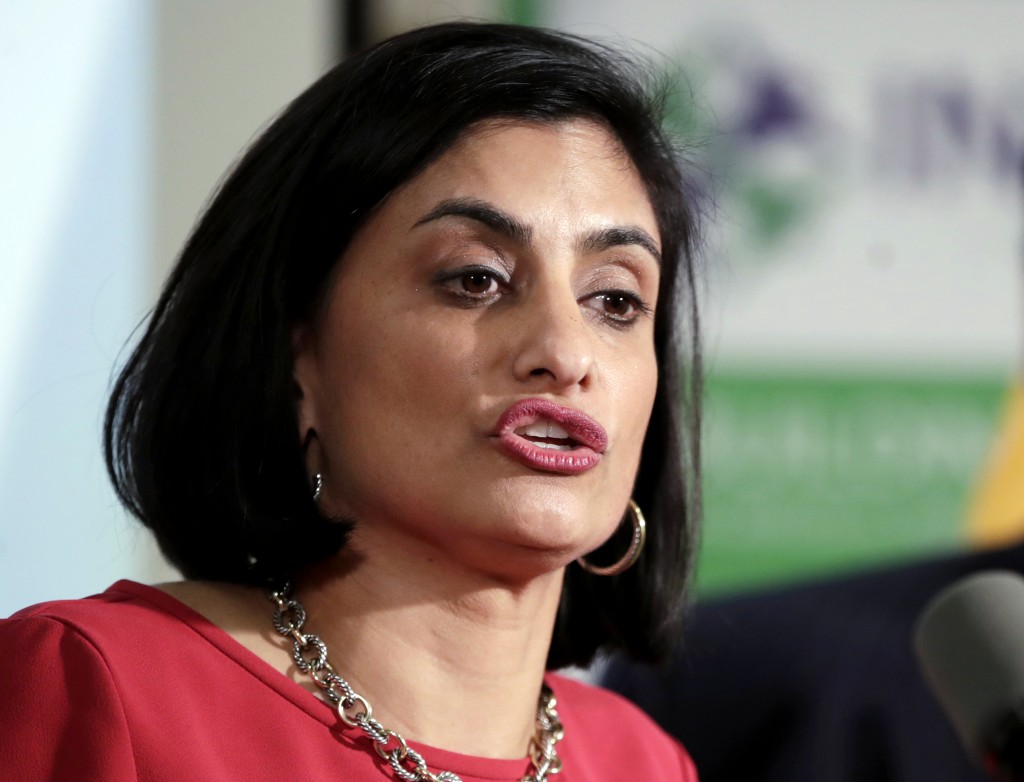 WASHINGTON (AP) — Governors of both parties are warning that a little-noticed regulation proposed by the Trump administration could lead to big cuts in Medicaid, restricting their ability to pay for health care for low-income Americans.

The arcane fiscal accountability rule proposed by the Centers for Medicare and Medicaid Services — or CMS — would tighten federal oversight and approval over complex financing strategies states have long used to help pay for their share of the $600 billion program. Also targeted are certain payments to hospitals that treat many low-income patients. Public comments closed last week amid a chorus of criticism from hospitals, nursing homes, insurers, doctors, and advocates for the poor.

Against the backdrop of an election year, governors are warning the administration of potentially dire consequences.

“States may be unable to adequately fund their Medicaid programs, which could lead to unintended consequences that would negatively impact Medicaid beneficiaries across the country,” wrote Govs. Kate Brown, D-Ore., and Charlie Baker, R-Mass., in official comments on behalf of National Governors Association.

In a statement Wednesday, Verma said her agency recognizes the “critical importance” of the state financing but said it has to lead to better value and improved care for Medicaid beneficiaries. Under the proposed rule, “we are increasing transparency, integrity and clarity,” she said.

An agency spokesman said the rule is not intended to reduce Medicaid payments.

But the policy comes from an administration that has repeatedly moved to scale back Medicaid. Trump has tried to repeal the program's Obama-era expansion, supported block grants that would cap federal spending, and allowed states to impose work requirements on Medicaid recipients.

The latest proposal could lead to cuts of $37 billion to $49 billion a year in total Medicaid spending, or 6% to 8% of program funds, according to a study by Manatt Health consultants for the American Hospital Association. Payments to hospitals could be cut as much as 17%.

A CMS spokesman said the agency doesn't believe those estimates are credible. In the rule, CMS says that the fiscal impact of its plan is “unknown.” Critics say the agency did not do a full analysis.

If the federal government curtails financing methods states now rely on, governors would have to seek broad tax increases, cut payments to hospitals and doctors, reduce benefits, restrict eligibility, or some combination of such measures. States can set their own Medicaid policies within federal requirements.

Medicaid covers more than 70 million people, or about 1 in 5 Americans. That includes many pregnant women, newborns, elderly nursing home residents, and severely disabled people. In states that have accepted the Affordable Care Act's Medicaid expansion it's also a mainstay of coverage for low-income adults.

“Medicaid is the backbone of the U.S. health care system; you weaken the backbone and the whole system gets scoliosis," said Matt Salo, head of the nonpartisan National Association of Medicaid Directors, which has also raised concerns.

Trade associations for hospitals and nursing homes are asking the administration to withdraw its proposal entirely. So is the American Medical Association, saying “access to care for Medicaid beneficiaries would be at risk and health outcomes for such patients could worsen.” Governors and the health insurance industry are asking the administration go back to the drawing board and gather more information before attempting such sweeping changes.

“These proposed cuts to providers and states are clearly part of an ongoing assault on Medicaid and will endanger Americans when they fall on tough times,” Sen. Ron Wyden of Oregon, top Democrat on the panel that oversees the program, said in a statement.

Overall the federal government pays about 60% of Medicaid costs, and states the rest. Medicaid ranks along with education as a top budget items for states. At issue are strategies that states use to raise their share of Medicaid spending, enabling them to tap federal matching funds that stretch the services they can provide.

— Business taxes on hospitals, nursing homes and insurers — also called “provider taxes.” The money raised is plowed back into Medicaid. The Trump administration says it is concerned that some of these arrangements skirt federal laws.

— Payments from local governments to a state that then help the state draw down federal Medicaid matching funds. The Trump administration says those payments must be funded with state or local tax revenues and currently that's not always clear.

Also in the cross-hairs of the proposed rule are Medicaid “supplemental”payments to hospitals that treat a large share of low-income patients. Those could be curtailed.

Governors and state Medicaid directors say they agree with the Trump administration's goal of greater accountability for Medicaid financing. But they're concerned the administration hasn't done its homework.

“Preempting states' authority and reducing states' flexibility within their Medicaid program will result in decreased access to care for many vulnerable Americans," wrote Govs. Brown and Baker.

The Trump administration says it is closely reviewing some 4,000 comments and will consider feedback before it decides on next steps. No timetable has been announced for a final decision.