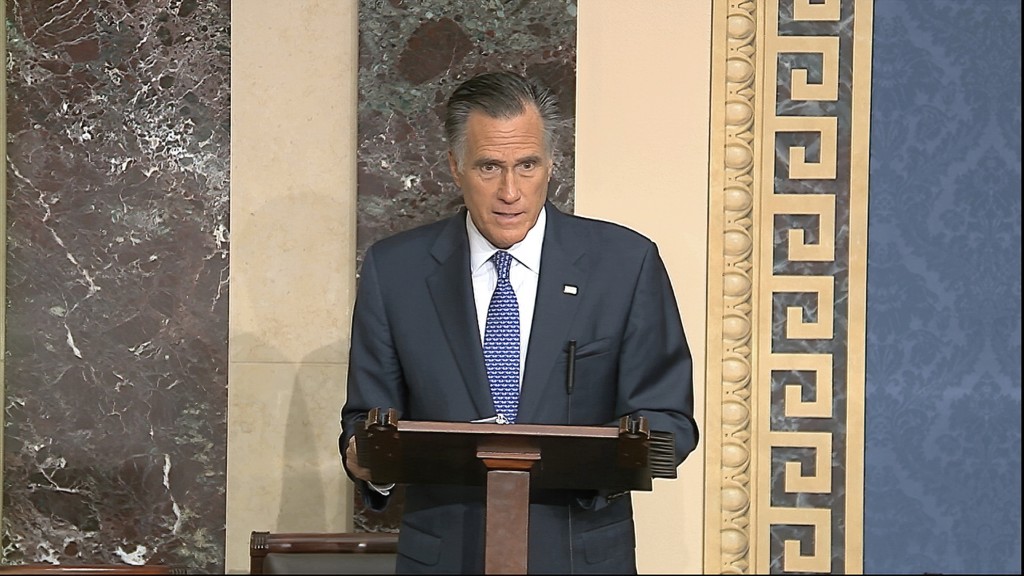 Romney announced his decision during an eight-minute speech on the Senate floor, as the GOP's 2012 presidential nominee became the first senator to bolt what so far has been a strict party-line divide over whether to oust Trump. The two men have had a tumultuous relationship since Trump began his successful presidential campaign.

Romney said he believe Trump was guilty of “an appalling abuse of public trust" when he pressured Ukraine's leaders to investigate political foe Joe Biden.

Romney said as a “profoundly religious” person, he was bound by the oath senators took to administer impartial justice. “My faith is at the heart of who I am,” he said. After he made that remark, he paused for about 11 seconds, seemingly struggling with his emotions.

Romney called his decision about how to judge Trump was “the most difficult decision I have ever faced.”

Trump is virtually certain to be acquitted by the GOP-run Senate, where a two-thirds majority, 67 votes, would be required to remove him. The final votes on the two articles of impeachment were scheduled for later Wednesday afternoon.