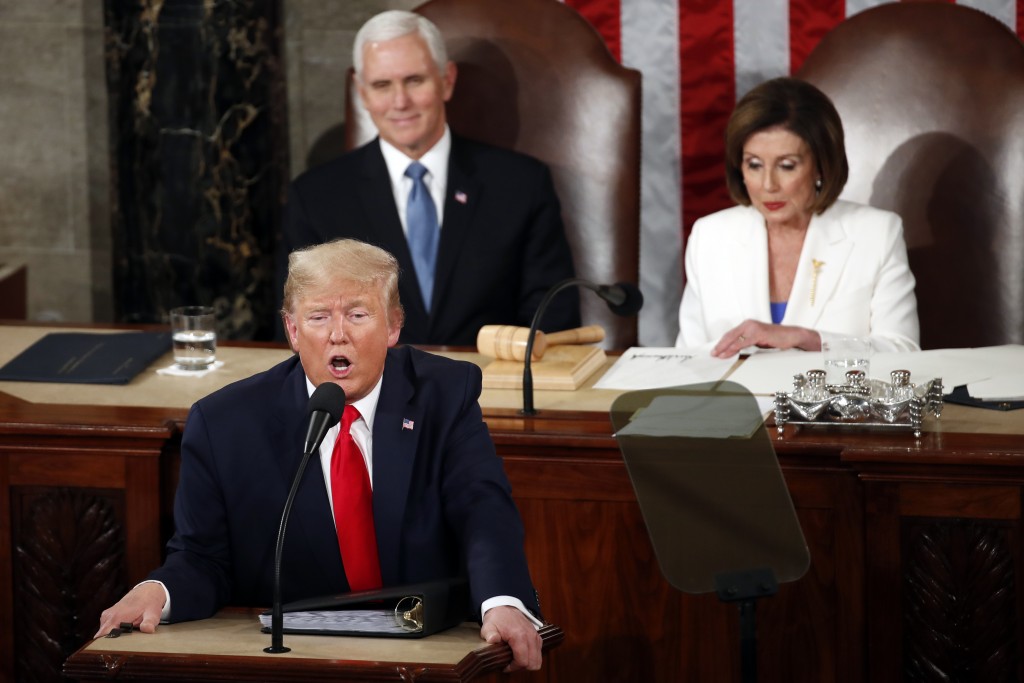 FORT LAUDERDALE, Fla. (AP) — The father of a student killed in the 2018 Florida high school massacre apologized Wednesday for disrupting President Donald Trump's State of the Union address by shouting as the president said the rights of gun owners are under siege.

Fred Guttenberg was escorted from the gallery by security officers Tuesday night after shouting about his slain daughter Jaime just after the president said, “So long as I am president, I will always protect your Second Amendment right to keep and bear arms.” The audience turned and looked up at the ruckus as he was led out.

“I let my emotions get the best of me,” Guttenberg tweeted early Wednesday. “I simply want to be able to deal with the reality of gun violence and not have to listen to lies” about the Second Amendment.

"That said, I should not yelled out. I am thankful for the overwhelming support I am receiving. However, I do owe my family and friends an apology. I have tried to conduct myself with dignity throughout this process and I will do better as I pursue gun safety," tweeted Guttenberg, who was a guest of House Speaker Nancy Pelosi.

Jaime Guttenberg, an aspiring dancer and gymnast, was 14 when she died with 16 others in the Feb. 14, 2018, shooting at Marjory Stoneman Douglas High School in Parkland, Florida. Her brother fled the shooting physically uninjured.

Fred Guttenberg, a 54-year-old real estate agent, has since become an outspoken advocate against gun violence. His group, “Orange Ribbons for Jaime,” pushes for a law named for her that would require that purchasers pass a universal background check before buying ammunition.

Guttenberg also drew attention in Congress in September 2018 when he attempted to shake hands with Supreme Court Justice Brett Kavanaugh during a break at the latter's Senate confirmation hearing. Kavanaugh looked at him, turned and walked away.

This was not the first time a presidential address to Congress has been interrupted by shouting. In 2009, Rep. Joe Wilson, a South Carolina Republican, shouted “You lie” after President Barack Obama said his health care plan would not cover illegal immigrants.