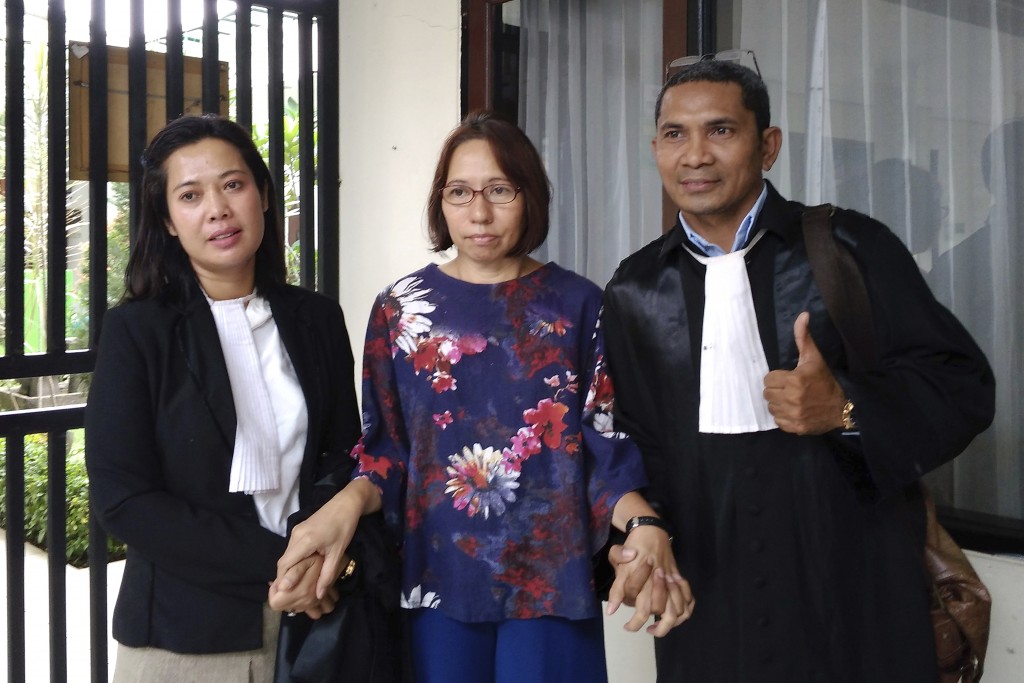 CIBINONG, Indonesia (AP) — An Indonesian woman who doctors say should receive psychiatric treatment was acquitted Wednesday of blasphemy charges for taking a dog into a mosque.

Suzethe Margareth was released after a panel of three judges at Cibinong District Court in West Java province absolved her of the charges because of her mental health.

"The defendant cannot be convicted because of her inability to take responsibility as she has psychiatric disorders," presiding judge Indra Meinantha Vidi said in the ruling, "What she has done was part of her mental illness."

Many Muslims consider dogs to be impure.

A video that circulated online in Muslim-majority Indonesia last July shows a dog running around a mosque in the West Java district of Bogor while a visibly upset Margareth argues with shocked worshipers.

Blasphemy is a criminal offense in Indonesia with a maximum penalty of five years in prison. Rights groups have long called for abolishment of the law, which is used to persecute Christians and other religious minorities.

Amnesty International said the case was "unfortunate and absurd."

"The state's priority should be her well being. Her actions may have felt insensitive, but these issues can be resolved peacefully, it is not a matter for the courts," said the group's executive director in Indonesia, Usman Hamid.

The dog, which was chased out of the mosque, died a day later when it was hit by a car as members of an animal welfare group tried to capture it.

In 2018, a court in Sumatra sentenced a woman who complained about the volume of a mosque's loudspeakers to 18 months in prison for blasphemy. She was released on parole in May.

Mobs burned and ransacked at least 14 Buddhist temples in Tanjung Balai, a port town on Sumatra, in a July 2016 riot following reports of the woman's comments.