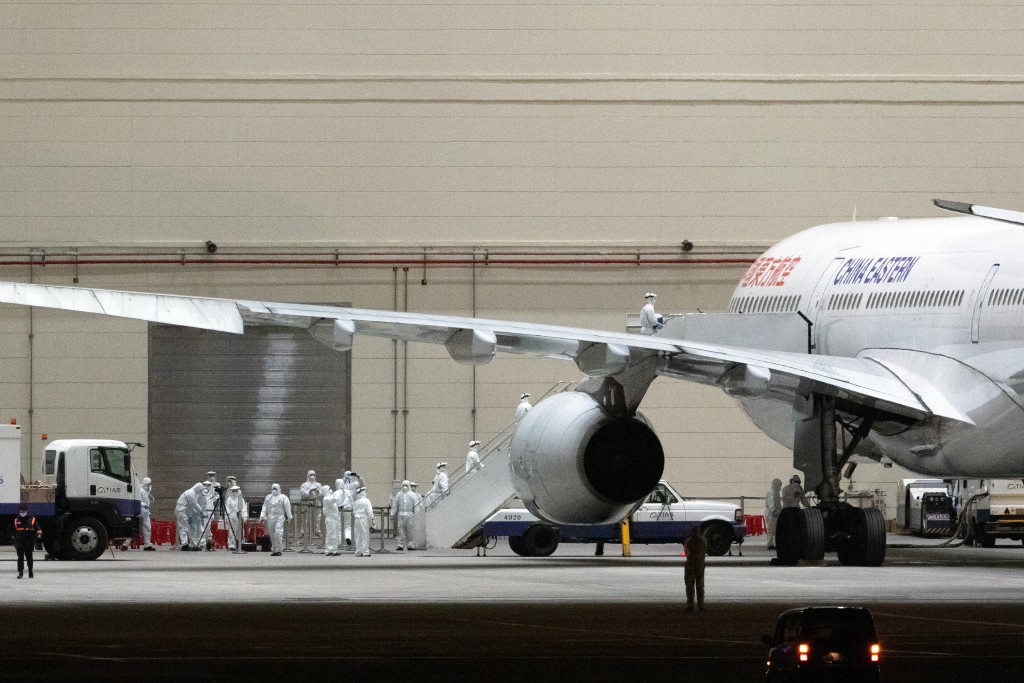 TAIPEI (Taiwan News) — Many Taiwanese are outraged after news broke on Tuesday (Feb. 4) that many of the passengers aboard a charter jet expressly arranged to evacuate Taiwanese businesspeople stranded in Wuhan were actually Chinese spouses and non-Taiwanese citizens.

After denying Taiwanese evacuation requests for a week, the Taiwan Affairs Office (TAO) finally permitted 247 Taiwanese businesspeople to board a China Eastern Airlines charter jet at the Wuhan Tianhe International Airport on Monday (Feb. 3). However, local Taiwanese media outlets soon reported that many of the passengers on the plane were not on the original passenger list, with dozens actually being Chinese spouses of Taiwanese businessmen as well as non-Taiwanese citizens, including minors.

Some Taiwanese businessmen allege that Hsu Cheng-wen (徐正文), the head of the Parents Association in Taipei and member of the Kuomintang (KMT) Central Committee, who was involved in arranging the first charter flight, and the Chinese officials he worked with did not place a priority on passengers who were in urgent need, favoring relatives and children instead. According to a report by ETtoday, a businessman familiar with the matter said that many Taiwanese business executives had registered with Hsu for the evacuation.

However, when the final boarding list was revealed, the names of the businessmen did not appear. Instead, many of the Taiwanese executives brought their Chinese spouses and children on the jet. According to one source with knowledge of the incident, only when it was found that dozens of non-Taiwanese citizens had boarded the plane was it apparent that those on the list had taken their Chinese wives on board with them.

When asked if it was true that the first batch of returnees included not those with the highest priority and the most in need but instead consisted mainly of Taiwanese businessmen and their Chinese wives, Hsu said, "The proportion of the elderly and frail was not the largest," reported Liberty Times.

He then claimed that because there was a large number of people, there were statistical problems, and that the Taiwan Affairs Office (TAO) has the list. At a press conference at 2 p.m., Hsu said that 80 to 90 percent of those who returned to Taiwan had Taiwanese passports.

He claimed that although some of them are Chinese citizens, they are already applying for Taiwanese citizenship, while their children are Taiwanese citizens, and that "they could not just leave [the wives] behind. Despite the fact that the Lunar Year Year holiday had been winding down by the time they applied to fly to Taiwan, he said, "Wouldn't you want to go to home? Wouldn't you want to return home for Lunar New Year? They couldn't return home for Lunar New Year, and now they are being stigmatized. Isn't it pitiful?"

The man who arranged Taiwan's charter plane from Wuhan to send Taiwanese businessmen back, has deep connections with the CCP and is a staunch supporter of Han Kuo Yu, his team managed to jam several dozens Chinese nationals (Chinese wives & their families), causing public outrage pic.twitter.com/w3z57rhvwy