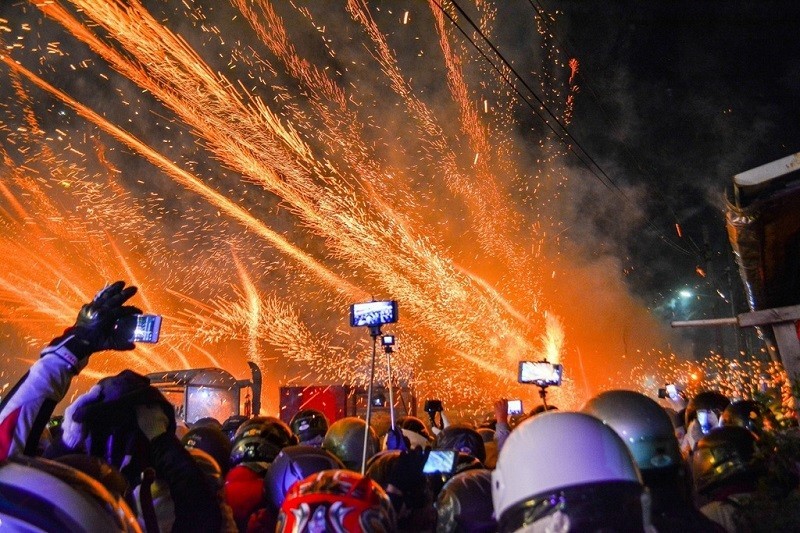 The mayor said that the Yanshuei festival tradition originated from a long-ago belief that setting off beehive fireworks could rid the centuries-old city of a cholera epidemic that was devastating its population at the time, CNA reported. Huang added that he hoped the beehive fireworks would grant Taiwan a blessing and help the country overcome the novel coronavirus soon.

This year’s beehive fireworks in Yanshuei District will follow tradition and begin in the morning of the 14th day of the first lunar month (Feb. 7). A pilgrimage around the town will start from Wu Miao Temple (武廟) and last for two days and two nights.

The procession will be divided into five routes touring each village and settlement in the town, where palanquins will be greeted by exploding gun decks of different sizes that consist of thousands of rockets, creating a deafening, bee-like sound that fills the air as sparks fly in all directions.

Wu Miao Temple manager Lin Yi-ren (林益仁) said that an estimated 200 gun decks will be ignited over the course of the two days, and he expects to see big crowds turn up, as the days fall on Friday and Saturday while schools are on their winter break, CNA reported.

Tainan’s Cultural Affairs Bureau said that the biggest crowds are expected on the night of the Lantern Festival on Feb. 8, according to the report. The bureau added that visitors not wishing to follow the procession and risk being bombarded can still experience the power of the beehive fireworks by watching the main gun deck go off at the site of a concentrated fireworks display (集中施放區) Saturday night.

Visitors are advised to wear full protective gear while participating in the event. 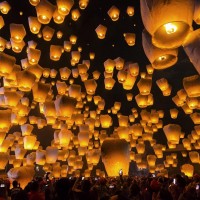