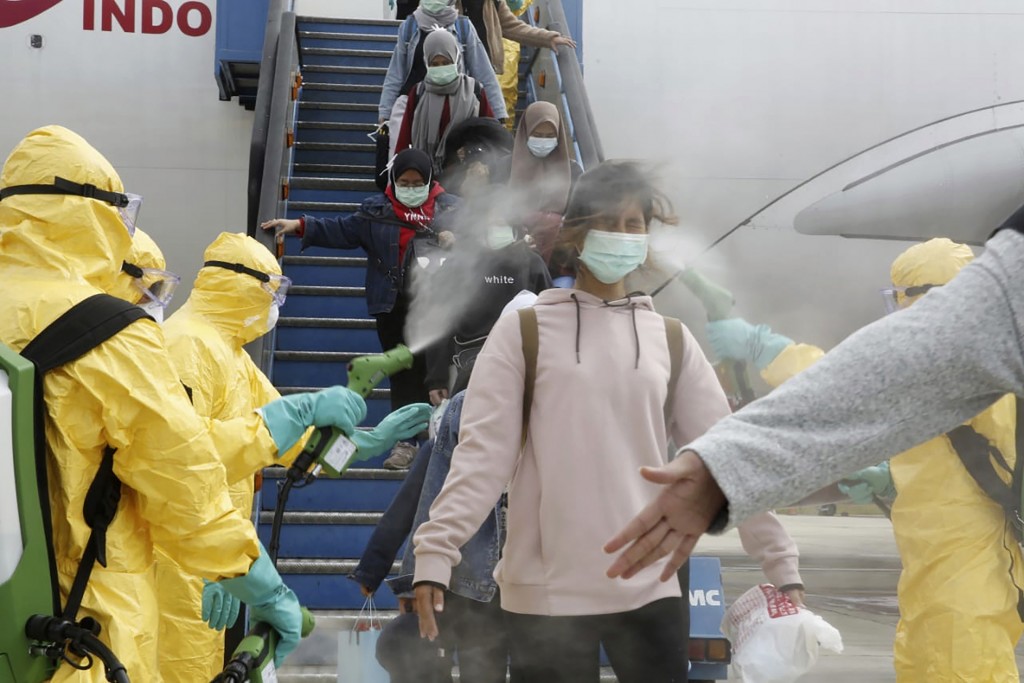 BEIJING (AP) — The Latest on a virus outbreak that began in China (all times local):

A charter flight carrying New Zealanders home from Wuhan has landed in Auckland.

On board are 190 passengers evacuated from the Chinese city at the center of the virus outbreak.

Most of the passengers will be taken by bus to a military facility where they will be held in quarantine for two weeks. The Australians are to be transferred directly onto another flight.

Also on board are eight British, one Dutch and 1 Uzbek.

There are no confirmed cases in New Zealand.

A plane from Thailand also flew back home 138 Thais home from Wuhan.

Officials in hazmat suits greeted the passengers at U-Tapao airport and took them to a navy compound where they will be quarantined for 14 days.

Health officials in Thailand have confirmed six more cases for a total of 25.