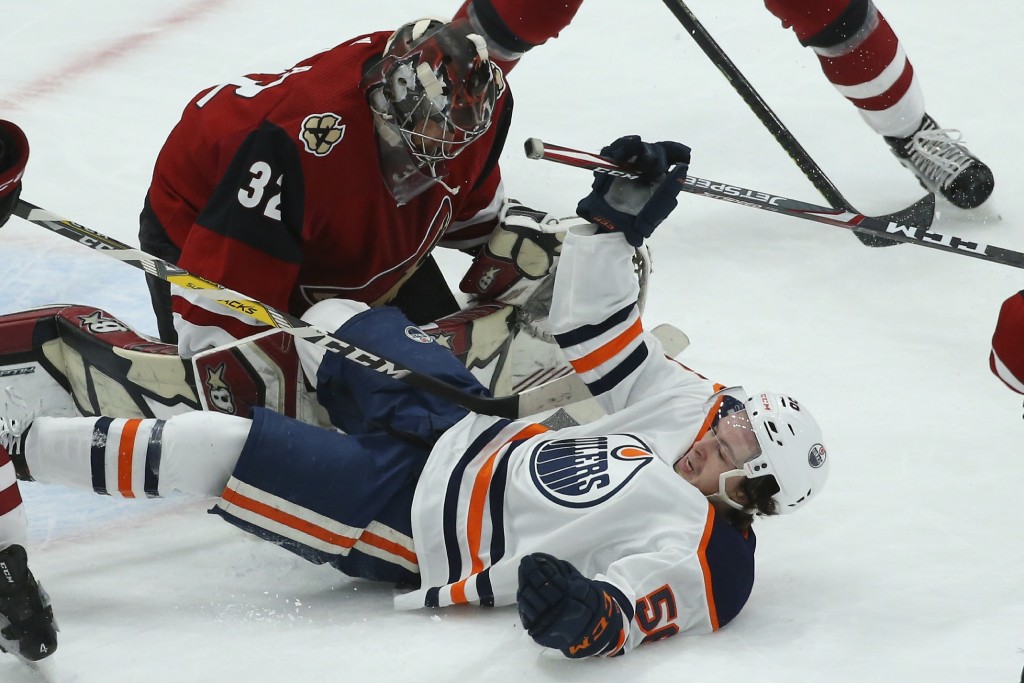 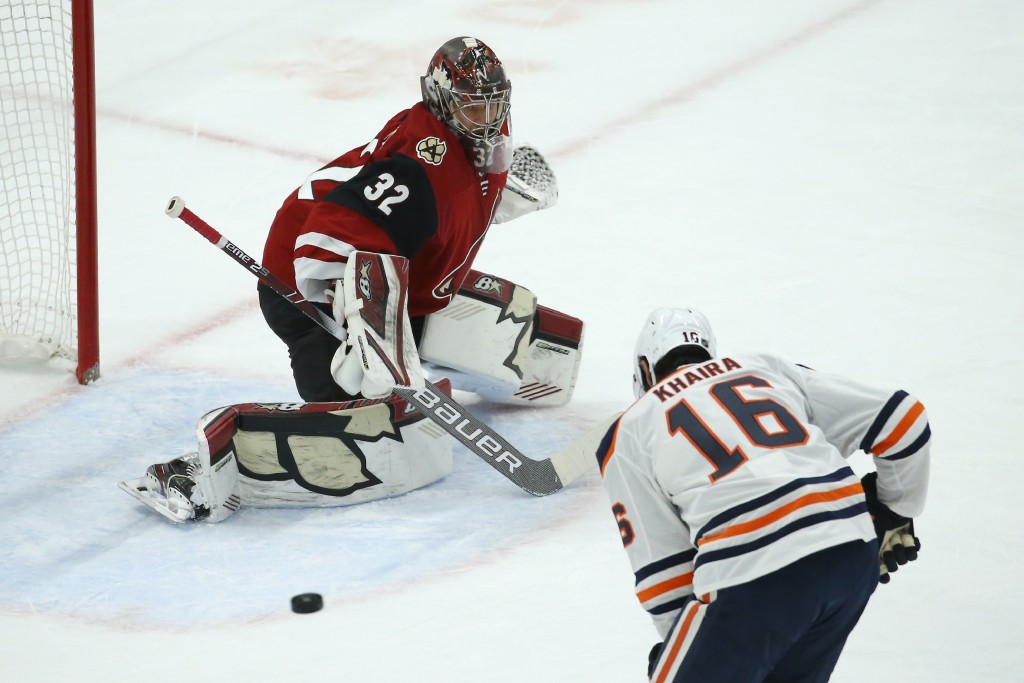 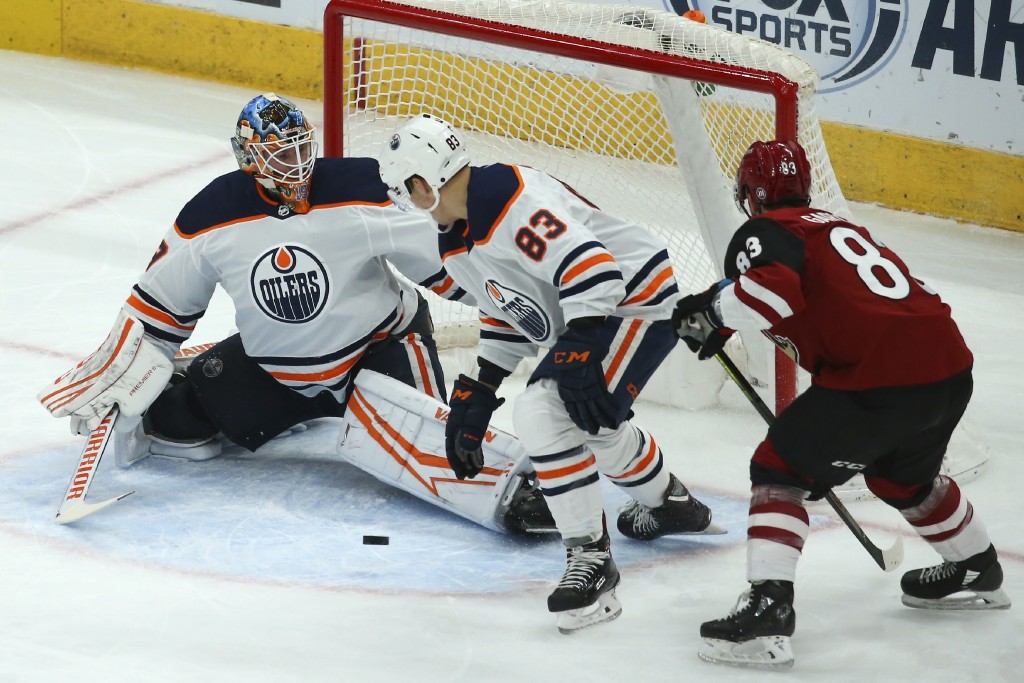 Arizona was without two of its top defensemen, Oliver Ekman-Larsson and Jason Demers, due to lower-body injuries.

The Coyotes made up for the big holes in their lineup with a solid all-around game and Raanta's 13th career shutout, second of the season. Todd Dvorak added an empty-net goal to cap Arizona's second win in 10 games.

Edmonton scored 26 goals during a five-game winning streak before arriving in the desert on Sunday. The Oilers missed on some good chances early and couldn't solve Raanta, getting shut out for the fourth time this season.

Once the Pacific Division leader, the Coyotes dropped to fifth with eight losses in nine games. Arizona played a solid game Saturday against Chicago, but lost 3-2 in a shootout.

Arizona scored early in the second when Garland one-timed a cross-crease pass from Taylor Hall past Koskinen for his team-leading 18th of the season.

Crouse scored a short-handed goal 2:08 later on a shot that caromed off diving Edmonton defenseman Oscar Klefbom past Koskinen.

Raanta turned away a flurry of shots during an Edmonton power play late in the second period and stopped Draisaitl from just outside the crease midway through the third.

NOTES: Ekman-Larsson, Arizona's captain, missed his second straight game and Demers his first. ... Edmonton F James Neal missed his third straight game with a foot injury. .... Arizona assigned F Barrett Hayton to Tucson of the AHL for conditioning. He suffered a shoulder injury while leading team Canada to gold in the World Juniors last month. ... Draisaitl had his his 11-game points streak end.