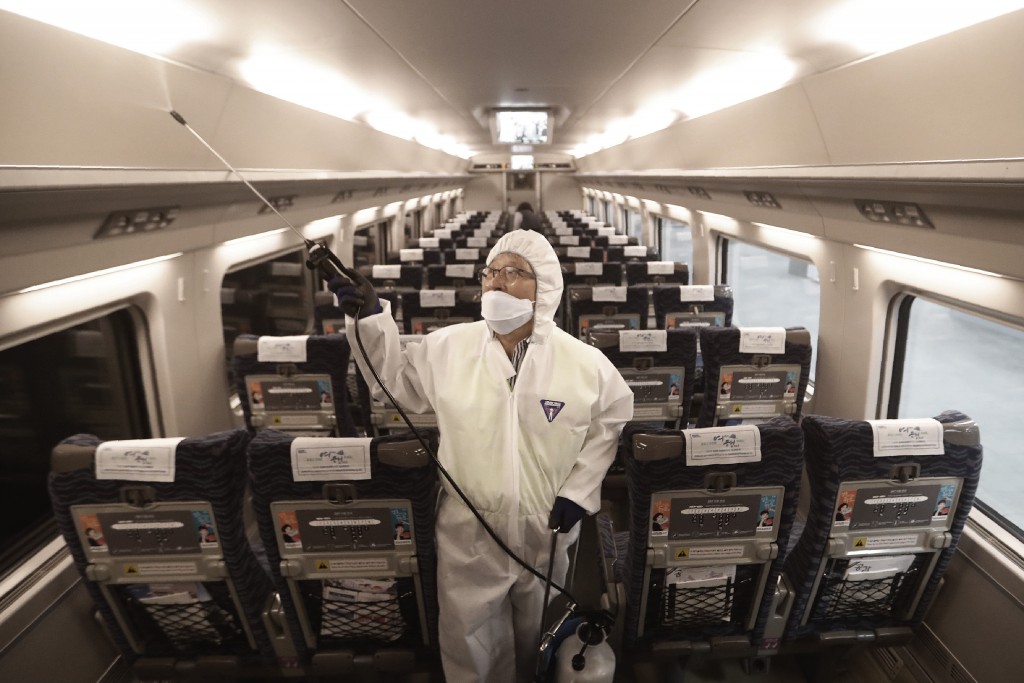 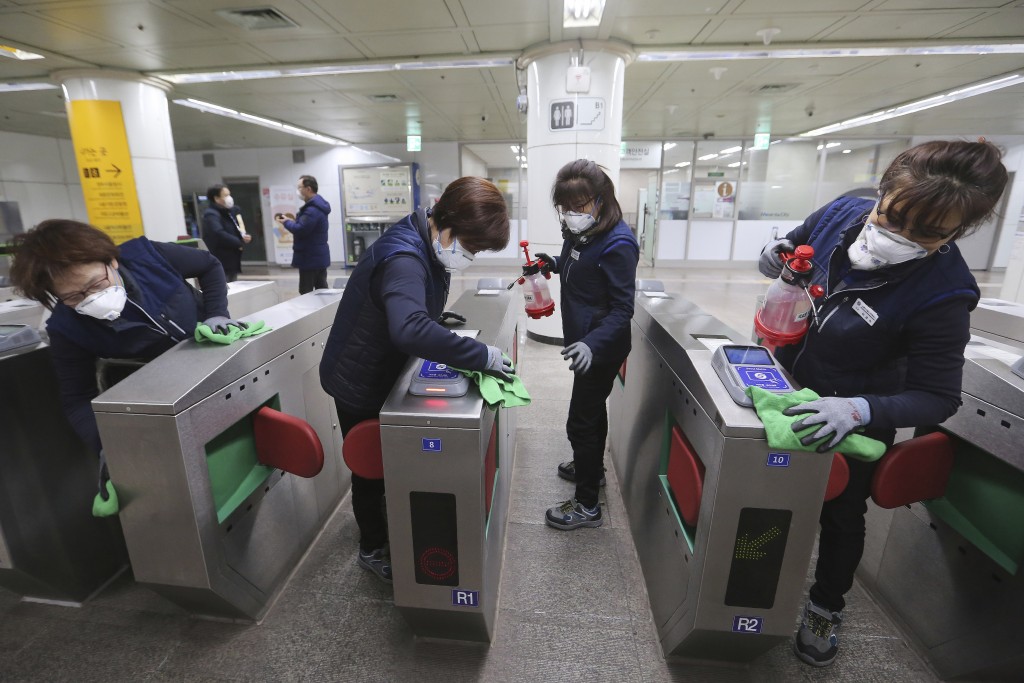 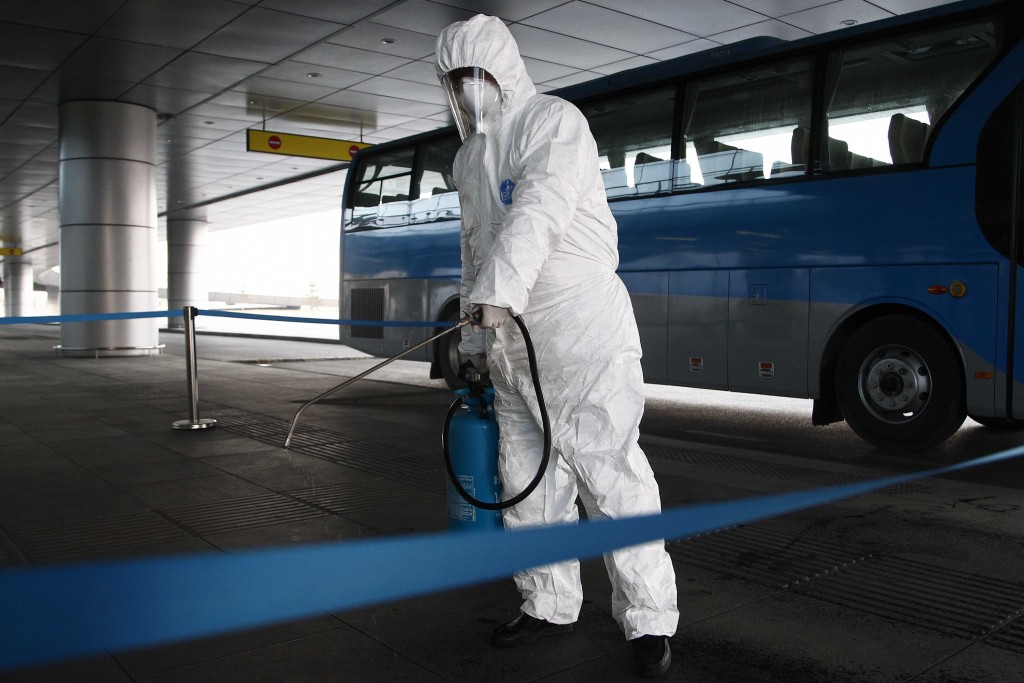 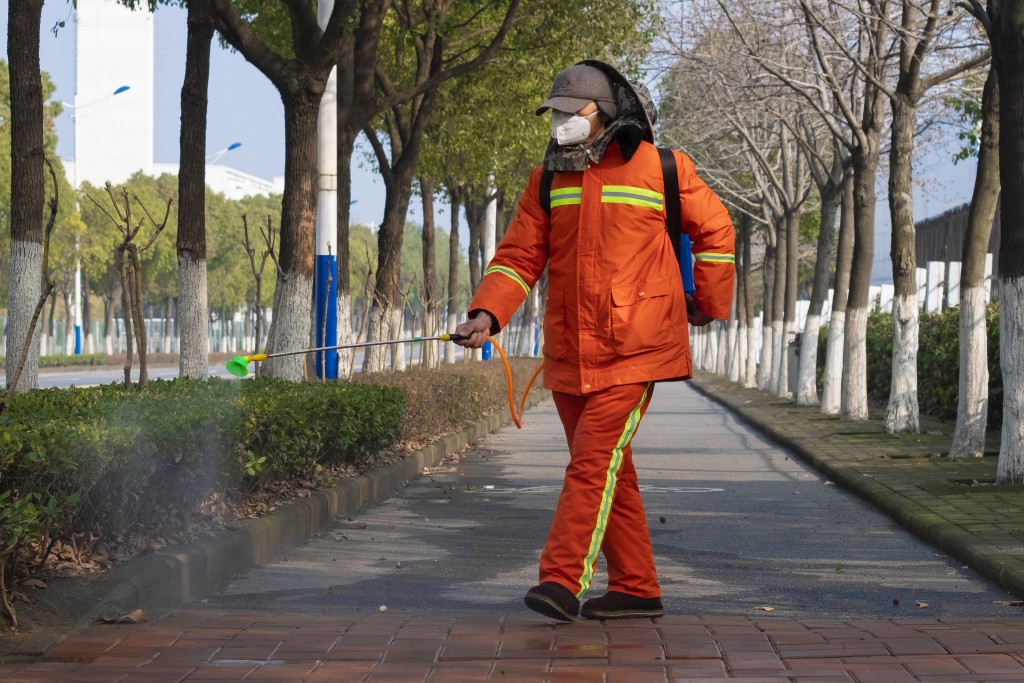 SEOUL, South Korea (AP) — Health authorities are scrambling to halt the spread of a new virus that has killed hundreds in China. But with important details about the illness and how it spreads still unknown, officials and medical personnel are struggling.

Governments have rushed to get their citizens out of China while also restricting visitors from the country, which is orchestrating history’s largest anti-viral campaign by blocking 50 million people from leaving Wuhan, the center of the outbreak, and nearby areas. A growing number of Chinese cities are discouraging people from even leaving their apartments. Villages have blocked entry points with piles of dirt and rubble, while businesses and offices remain closed indefinitely.

As Beijing’s authoritarian leadership faces questions over having kept its citizens in the dark for weeks before infections started to explode, other countries are trying to set up effective quarantines to stop a possible pandemic.

Those efforts have not always been smooth, with violent protests near quarantine centers, banishment to remote islands, the confinement of thousands on a cruise ship, and some citizens allowed to leave quarantine early.

A look at the world's sometimes-wobbly efforts to stop the crisis:

South Korea has confirmed 18 cases of infection with the new type of coronavirus and there are fears of a broader local spread.

The country has banned entry to all foreigners who have traveled to China’s Hubei province, where Wuhan is located, after Jan. 21. The government says it will consider stopping South Korean tourist visits to China if the outbreak worsens.

Officials have acknowledged missteps in monitoring visitors from China and in tracing the contacts of those infected.

Anxiety abounds. Movie theaters, shopping malls and restaurants have closed. A large church in Seoul skipped Sunday services because a virus patient had attended earlier. Parents have kept schoolchildren at home. Stores are running out of face masks and hand sanitizers.

Residents of central South Korea threw eggs and other objects at government officials over plans to quarantine about 700 evacuees from Wuhan at government facilities in their neighborhoods.

Australia has been criticized over its decision to quarantine about 300 Wuhan evacuees on a remote island used in the past to banish asylum seekers and convicts.

Critics say a quarantine center on the Australian mainland would be preferable to Christmas Island. Some inhabitants of the island say the government is turning their home into a “leper colony.”

The government argues that the location strikes a balance between supporting Australians stranded in China and protecting the wider Australian population from the disease.

People on the Australian mainland who might have caught the virus are not placed in quarantine, but are advised to self-isolate for 14 days, which scientists say is the longest incubation period of the virus. The 13 confirmed cases are being treated in hospitals.

Starting this month, Australia has banned foreigners without permanent residency from entering the country if they had visited mainland China in the previous 14 days. China’s national women’s soccer team has been quarantined at a Brisbane hotel since arriving last week.

Japan, which has reported 33 cases, stepped up quarantine measures after officials were criticized last week for allowing two evacuees from Wuhan to leave early from a hotel where they had been quarantined.

Officials say 518 evacuees have been placed under a 14-day quarantine at a hotel and three government facilities near Tokyo. Those with symptoms have been treated in isolation rooms at hospitals.

On Tuesday, the government confirmed at least 10 cases on a cruise ship and are quarantining its 3,700 crew and passengers on board.

Starting Saturday, Japan banned the entry of foreigners who have visited Hubei province in the previous 14 days.

Social media is overflowing with comments calling for a ban on all visitors from China.

“I’m afraid Japan will be soon criticized for taking less measures than other countries,” said Mitsunori Okamoto, an opposition lawmaker.

North Korea has yet to report a case, but it’s still pushing a tough campaign to prevent the spread of the virus, which state media have called a matter of “national existence.”

The country has blocked tourists, reduced flights and strengthened screening at borders, harbors and airports. State media say 30,000 health workers have been mobilized across the country for preventive measures.

Rival South Korea last week withdrew dozens of officials from an inter-Korean liaison office in Kaesong after North Korea insisted on closing it until the epidemic is controlled.

Because fighting the virus is crucial “for defending the security of the country and the life and safety of people, all the workers in the anti-epidemic field set up rapid reaction teams ... so as to promptly counter any slightest situation,” Pyongyang’s official Rodong Sinmun newspaper said.

March Air Reserve Base in California’s Riverside County is near capacity after housing 195 people flown in from Wuhan who are now under a federal quarantine.

“We’re pretty much full at this point,” said Maj. Perry Covington, a spokesman at the base.

None of the evacuees at the base has shown signs of the illness.

Tents were set up over the weekend to assist in screening passengers in case other U.S.-bound flights from Wuhan are diverted to the base due to weather or other reasons.

Mexico says 10 citizens who were flown from China to France on Saturday are in good health. The government hasn't restricted travel to Wuhan but advises against unessential trips.

Venezuela has started to monitor incoming passengers for symptoms at its largest airport near the capital, Caracas, and plans to expand screening to other airports.

Argentina hasn’t placed restrictions on visitors from China. But two hospitals in Buenos Aires and Ezeiza have been designated for possible isolation and treatment of patients.

An AirAsia plane carrying 107 Malaysians and their non-Malaysian spouses and children from Wuhan arrived in Kuala Lumpur on Tuesday. They will be quarantined for two weeks.

Indonesia moved 240 evacuees on Sunday from Wuhan to the remote island of Natuna, where they will be quarantined. Health workers in protective gear sprayed the evacuees with disinfectant as they stepped off their jet.

Britain has quarantined dozens of people evacuated from China at Arrowe Park Hospital in northwest England. One evacuee has been isolated at a separate hospital for further tests.

"It's quite weird being home but not being home, and also being sort of locked in, almost like being back in Wuhan really,” Kharn Lambert, a teacher who worked in Wuhan, told Sky News about being isolated at Arrowe Park.

France used two flights to bring back about 400 people from China. They are being quarantined at two different sites in southern France. Italy and Spain have quarantined dozens of evacuees at military facilities.

Quarantine measures are a serious concern in Africa, where health systems on the 54-country continent vary dramatically. John Nkengasong, head of the Africa Centers for Disease Control and Prevention, said there could be undetected infections on the continent.

A plane carrying 167 Moroccan passengers, mostly students, arrived Sunday near Casablanca. They will be quarantined for 20 days in two hospitals in Rabat and Meknes.

In Lagos in Nigeria, authorities asked people arriving from China or other affected countries to practice “unsupervised self-quarantine,” which means staying home, minimizing contact with family members and monitoring for symptoms.

South Sudan, with one of the world’s most fragile health systems following a five-year civil war, recently celebrated the installment of a single thermal scanner at the arrival area of its airport in its capital, Juba.