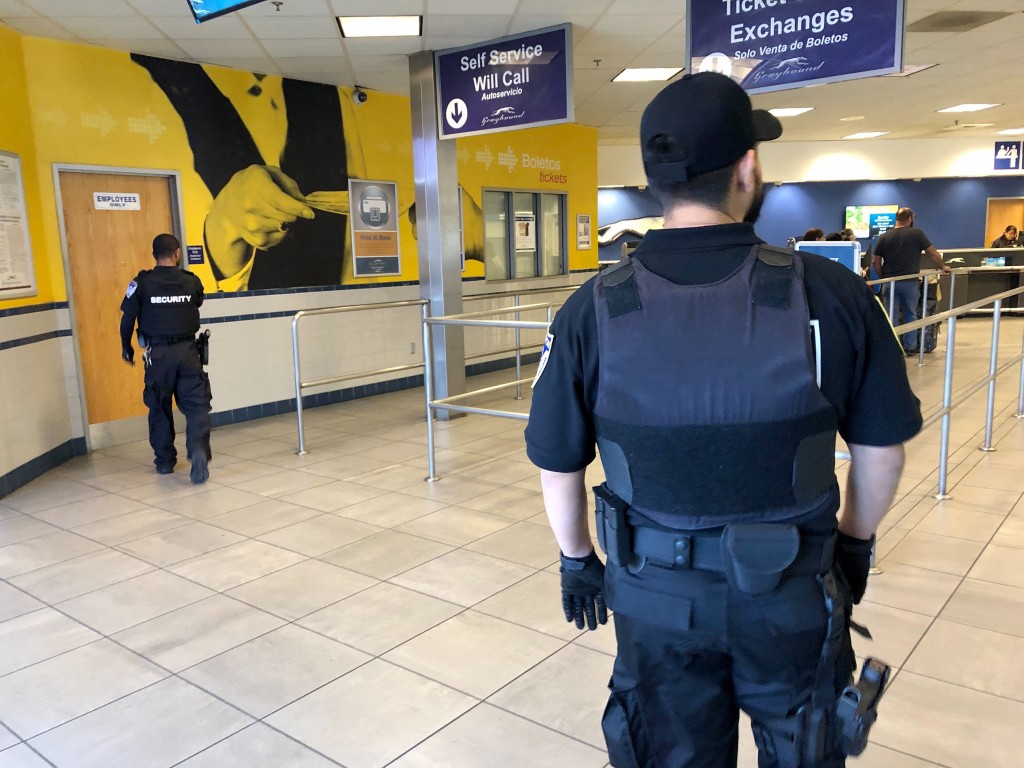 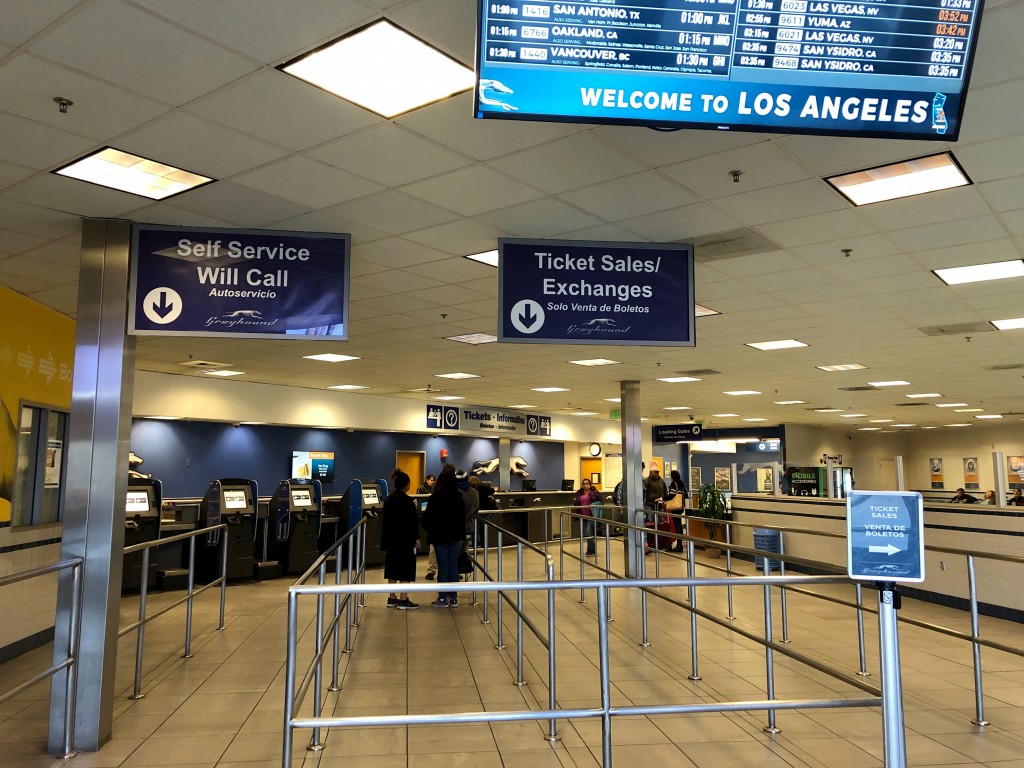 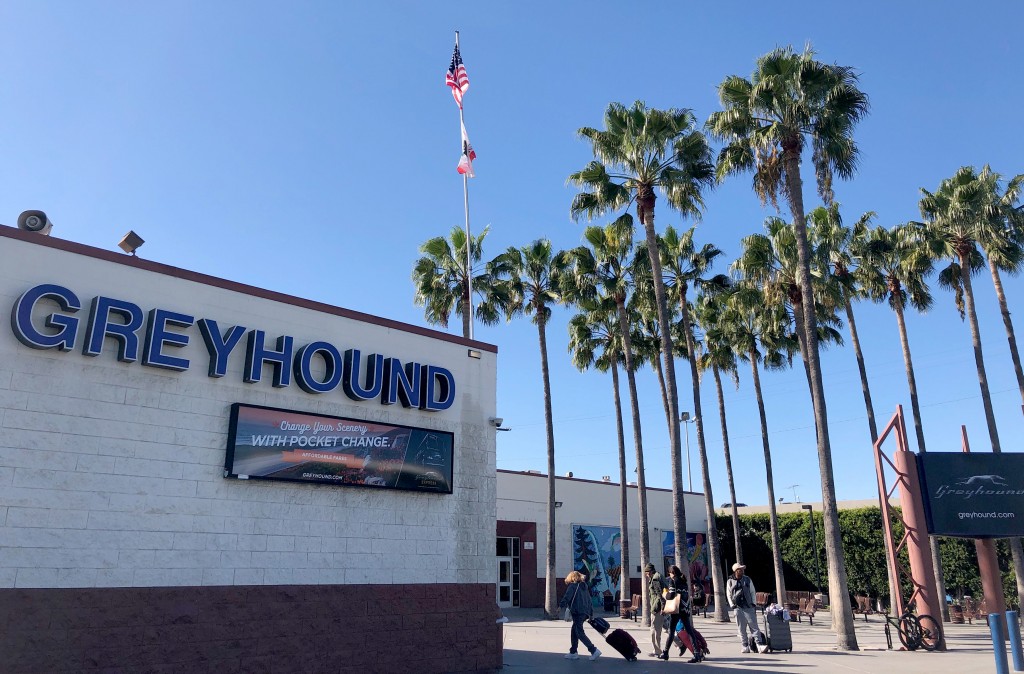 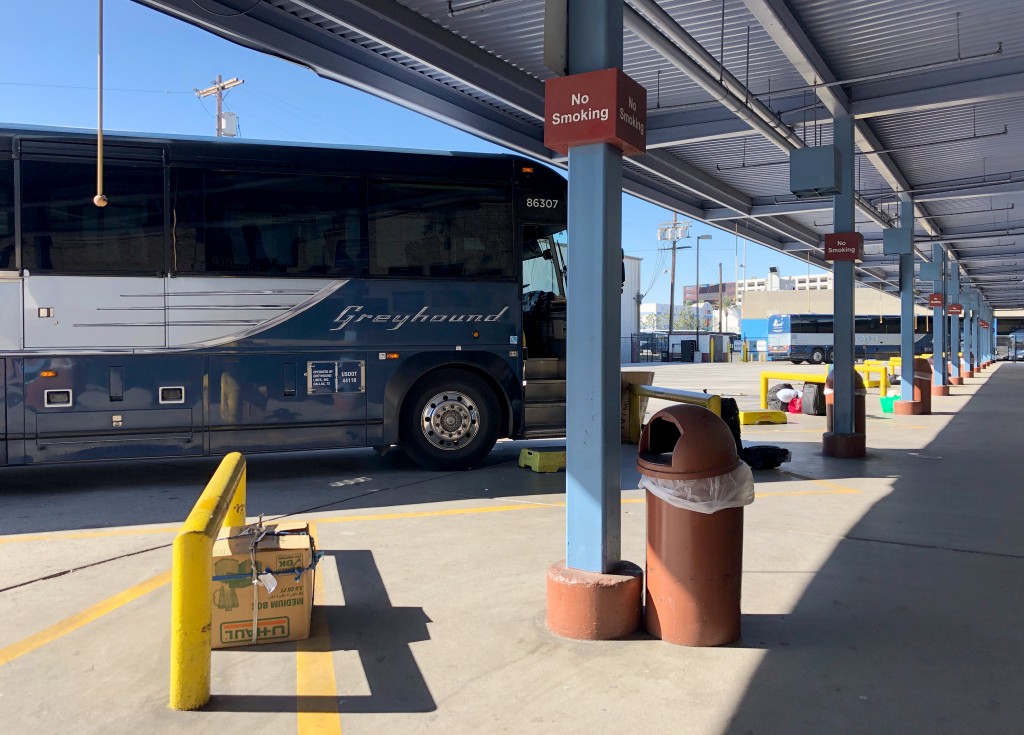 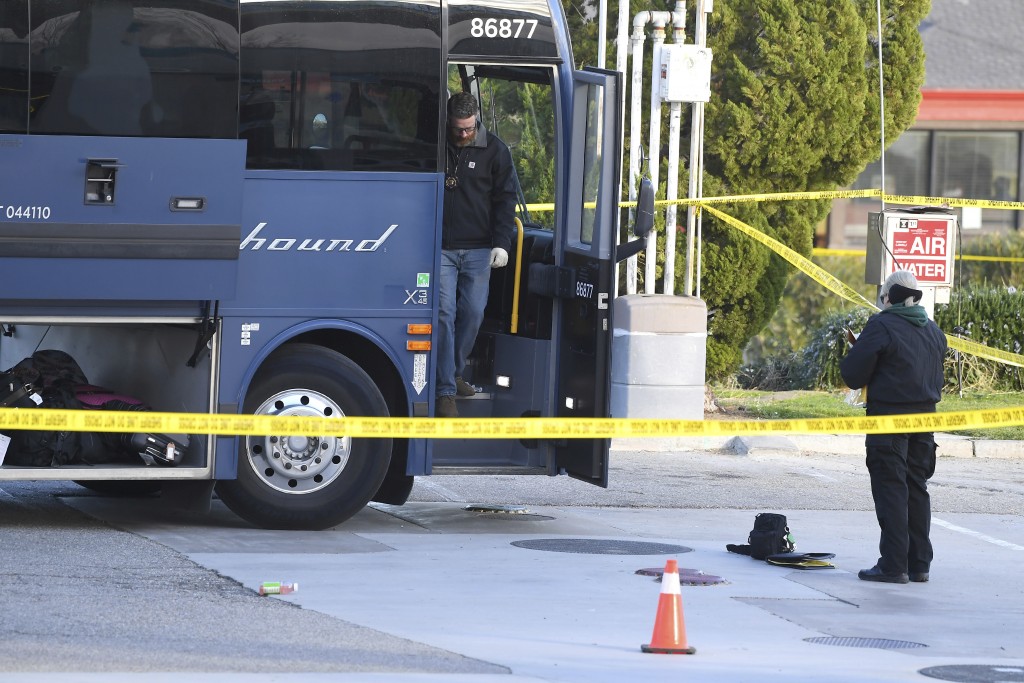 LOS ANGELES (AP) — Would-be plotters bent on staging an attack aboard a passenger plane know they've first got to pass through a gauntlet of security measures at an airport, from body scans and spot interrogations to pat-downs and even close scrutiny of their shoes.

But a shooting that killed a person and wounded five this week on a Greyhound bus in California illustrates a stark reality about security on buses and trains: Anyone determined to carry out an attack on ground transportation faces few, if any, security checks.

The comparative scant security prompted at least one survivor of Monday's shooting on the bus heading from Los Angeles to San Francisco to rethink his future mode of travel.

“I think I will just fly from now on," Mark Grabban said.

He was on the bus with his girlfriend when a passenger who'd been muttering and cursing opened fire with a semi-automatic handgun.

Grabban's perception was that Greyhound worried more about stopping passengers from smoking and talking too loudly than ensuring no one got aboard with a gun.

In the four years after the Sept. 11, 2001, terror attacks, some U.S. lawmakers complained that way too little federal money was spent on ground transit security compared with what was spent on airports. Then-U.S. Rep. David Obey, a Wisconsin Democrat, estimated that $22 billion had gone into airline security in those years, while less than $550 million went to security for buses, trains, subways and ferries combined.

There's no indication spending gaps have closed. That's true even though vastly more people get on a bus, train or subway than on planes each day. More than 30 million Americans use ground transit daily, compared with around 2 million who fly.

Violent incidents on buses are extremely rare. But concerns have arisen that with airports more secure than ever, would-be terrorists in particular could see buses and other ground transit as easier targets.

The Transportation Security Administration was established in 2001 to fix security holes that allowed for the 9/11 attacks, with a mandate to check 100% of baggage through airports.

That level of security would be impossible on the country's sprawling bus and rail lines.

More than 70,000 buses operate on 230,000 miles (370,149 kilometers) of roadways, according to the American Public Transportation Association. Even if money could be found to pay for metal detectors at bus stations, it would be impossible to have them at every stop along a route, security experts say.

The suspect in the California shooting boarded at the East Seventh Street bus station in Los Angeles, according to California Highway Patrol Sgt. Brian Pennings. At the station Tuesday, several security guards were visible, but there were no signs of baggage or any other kind of security checks.

“No metal detector, no wand, nothing,” Grabban recalled about the preboarding process Monday. Greyhound has a no-gun policy, but Grabban said “a policy isn’t enough to stop someone from boarding the bus with a gun and shooting people, as I’ve found out.”

There's no indication federal officials will ever consider making pat-downs, body scans and metal detectors as ubiquitous at bus and train depots as they are at airports.

“We don’t intend to roll out anything like what we have in the airports. We are satisfied at this point,” Transportation Security Administration Administrator David Pekoske said in 2017.

TSA's mandate does include security on all the nation's transportation networks. But the vast majority of the TSA's more than 43,000 security officers work at the over 400 U.S. airports. TSA efforts beyond airports often take the form of partnerships, advice and federal grants.

The Los Angeles County Metropolitan Transportation Authority together with TSA officials announced in 2018 that it would become the first mass transit system in the U.S. to install screening equipment that scans passengers for weapons and explosives. The TSA has deployed response teams that have done spot baggage checks on city subway systems, including in Chicago.

“It's largely to create the perception that there is an active security program more than a realistic chance of catching someone,” said Joseph Schwieterman, a transportation expert and economics professor at DePaul University in Chicago. “They want anyone thinking of carrying a gun into the system to think twice.”

Just because passengers don't see security measures at bus and train stations doesn't mean they aren't there, explained another Chicago-based security expert, James Fagel. He said undercover staff are often looking for signs someone might be carrying a gun, while others trained to spot behavior quirks that could indicate trouble monitor depots via surveillance cameras.

Few countries have attempted the kinds of security measures for ground transit that could plausibly thwart an attack. Israel is one. At least some Israeli buses are fitted with four or five separated, fortified compartments, which can help limit the deadliness of a bomb or gun attack, said Fagel, who teaches crisis management at the Illinois Institute of Technology.

Among measures to boost security on U.S. buses and trains that wouldn't be too costly or impractical would include requirements that riders show IDs that match names on tickets before boarding, Schwieterman said. He said enabling bus and train services to check the names of ticket buyers to see if they have violent criminal records also could help manage risks.

As it is now, drivers and passengers are the de facto, frontline security when violence breaks out on buses. That happened during a 2014 attack in which a man screaming “everybody’s going to die” pummeled the driver and caused a Greyhound bus to careen off an Arizona highway, injuring more than 20 people. Passengers were credited with subduing the assailant.

Same goes for Monday's attack. Authorities say passengers wrested the gun away from 33-year-old Anthony Devonte Williams and got him off the bus. He was arrested on the side of the road. Officials praised the efforts as heroic, though they didn't immediately provide details.