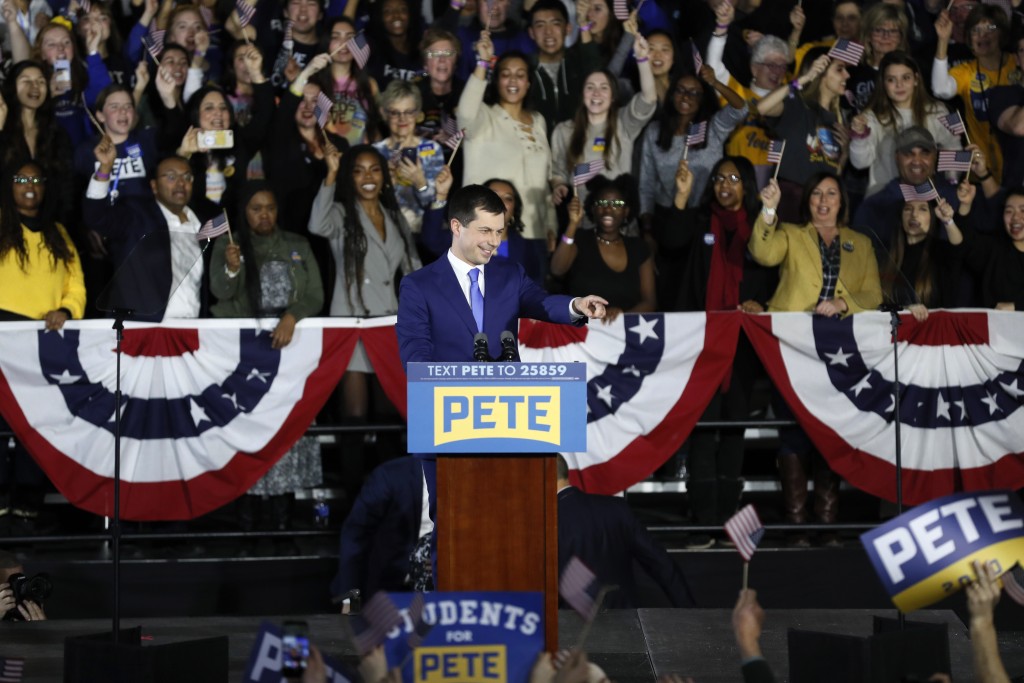 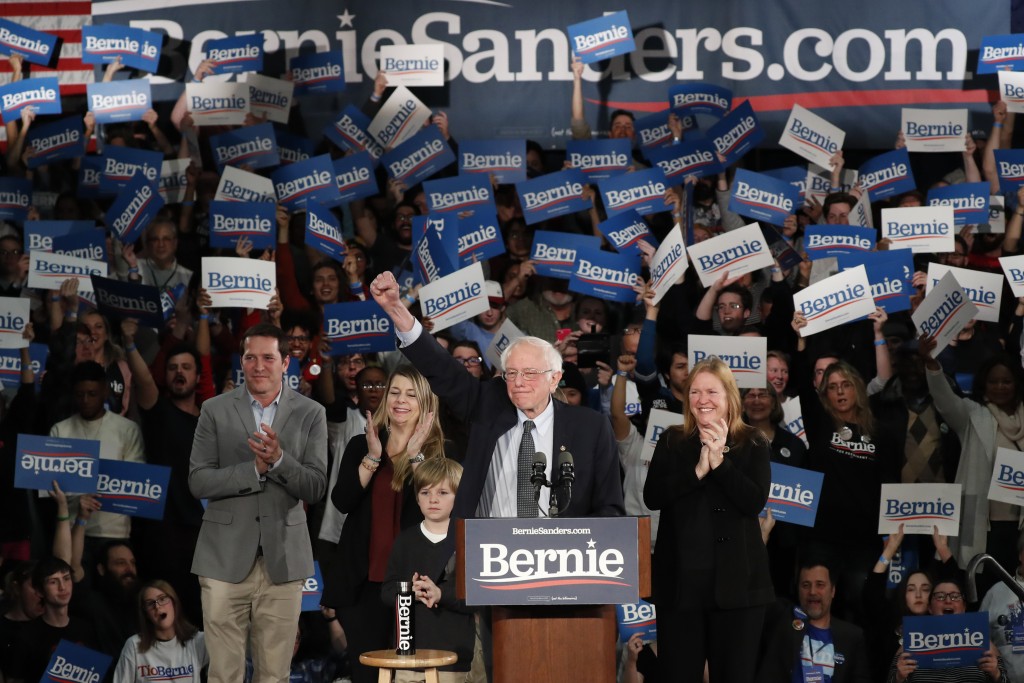 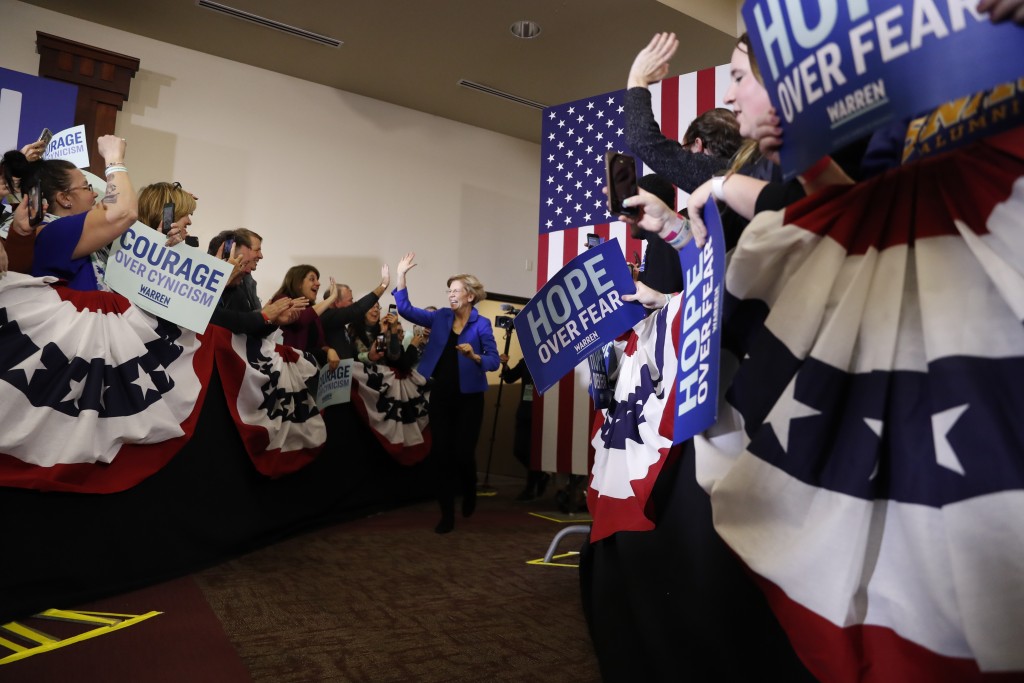 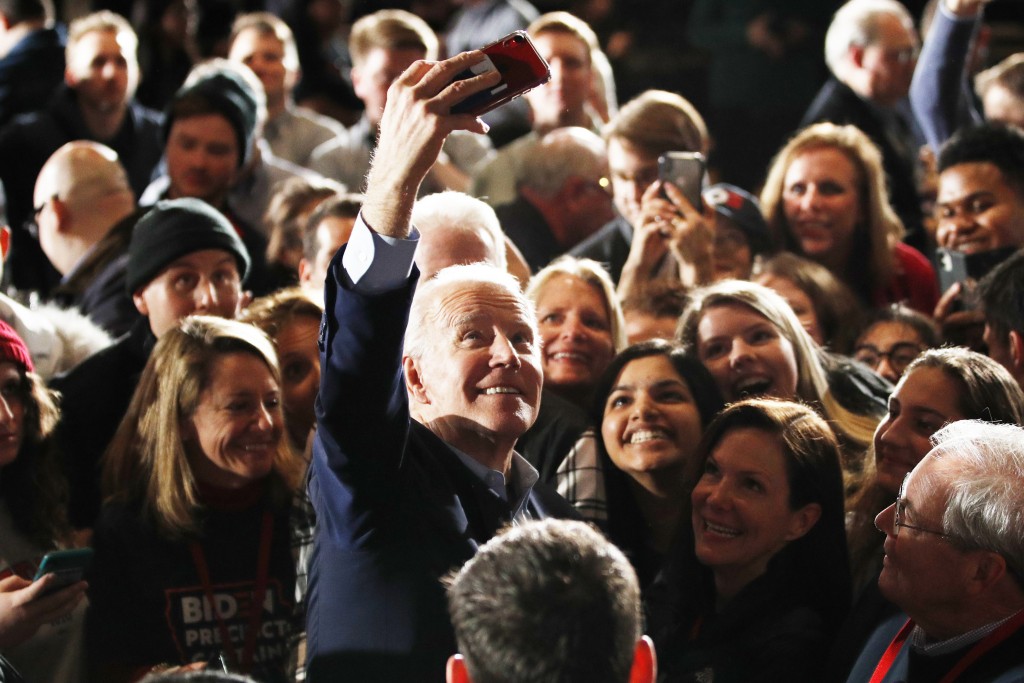 WASHINGTON (AP) — The outcome of the Iowa caucuses was muddled, but voters sent clear signals about their values and how they shaped their candidate preferences.

Findings from AP VoteCast show the leading contenders each drew their strength from a unique set of coalitions — and the motivations and energy of these groups could be decisive for who wins the nomination.

Bernie Sanders got a boost from younger voters. Pete Buttigieg connected with voters who want to dramatically change the political system but view themselves as moderates. Elizabeth Warren drew much of her support from college graduates and women. Joe Biden appealed to older voters who saw a chance to recapture an era before President Donald Trump. And Amy Klobuchar built a coalition of older women and moderates.

AP VoteCast is a wide-ranging survey of more than 2,800 voters who said they planned to take part in Monday’s Democratic caucuses in Iowa, conducted for The Associated Press by NORC at the University of Chicago.

Here is what the survey findings reveal about the coalitions as the candidates prepare for fast-approaching primaries in New Hampshire, Nevada and South Carolina:

For Sanders, Iowa was a return to a state where his once quixotic presidential ambitions in 2016 proved to be both plausible and durable.

The Vermont senator and self-identified democratic socialist nearly tied Hillary Clinton in the delegate count four years ago — and that gave him a foundation of loyalists to build on in 2020.

Four in 10 Sanders backers said they have known all along whom they would support in the crowded contest, more than the share saying that among any other candidate's supporters.

Sanders voters tended to be younger than 45, roughly split between college graduates and those without a degree, and a slim majority described themselves as “very liberal.”

Sanders’ calls for universal health care and taxing billionaires out of existence appeared to resonate with these voters. They were slightly more likely than Warren backers to describe the economic system as unfair and say they themselves are falling behind financially.

The former Harvard University professor drew disproportionate support from college graduates in Iowa. Roughly two-thirds of her backers held a college degree. And more of them were women than men.

The Massachusetts senator first became a public figure because of her research on bankruptcy, which ultimately led to her creating the Consumer Financial Protection Bureau during Barack Obama’s presidency, before pursuing elected office.

More importantly, she stands out as a comfortable option among the voters who favor other candidates. Majorities of voters who prefer any of the other top candidates said they would be satisfied if Warren became the nominee.

At 38, the former mayor of South Bend, Indiana, pitched himself as a prodigy who was driven to return home by his affection for the industrial Midwest. This message appealed to many, but especially Iowa Democrats 45 and older, those with a college degree and those who considered themselves to be moderate — with each of these groups holding majorities among Buttigieg’s supporters.

But with his youth and identity as a gay man, Buttigieg also embodied a desire for transformative, generational change among a group of front-runners who are in their 70s. Nearly 7 in 10 of his backers preferred a candidate who could bring about sweeping changes to the political system.

Yet compared with supporters of the more liberal candidates, Buttigieg’s backers were more likely to oppose substantial policy changes such as shifting people to government health insurance or canceling student debt.

About half of Biden’s voters were 65 or older. But his older backers were somewhat more likely to be men compared to Klobuchar, who also fared well with older voters. The majority of Iowa Democrats who caucused held a college degree, but 6 in 10 Biden supporters never attended or finished college.

Not surprisingly, Biden’s candidacy invited a bit of nostalgia. Roughly two-thirds of Biden supporters said they prefer a candidate who will restore the political system to the way it was before Trump was elected in 2016.

The Minnesota senator seemed to draw support from an array of constituencies.

Like Biden, she drew older voters. Like Warren, she appealed to women and college graduates. A majority of Klobuchar’s backers considered themselves to be moderate.

As a woman, she could appeal as an agent of change. But as a Midwesterner, the former county prosecutor also sought to be pragmatic. These two messages could be seen among her supporters, who were closely divided over whether it was more important to transform the political system or restore the government to a pre-Trump-era civility.

AP VoteCast is a survey of the American electorate conducted by NORC at the University of Chicago for The Associated Press and Fox News. The survey of 2,852 voters in Iowa was conducted for seven days, concluding as the caucuses began. Interviews were conducted in English or Spanish. The survey is based on interviews with a random sample of registered voters drawn from the state voter file. The margin of sampling error for voters is estimated to be plus or minus 3.0 percentage points. Find more details about AP VoteCast’s methodology at http://www.ap.org/votecast