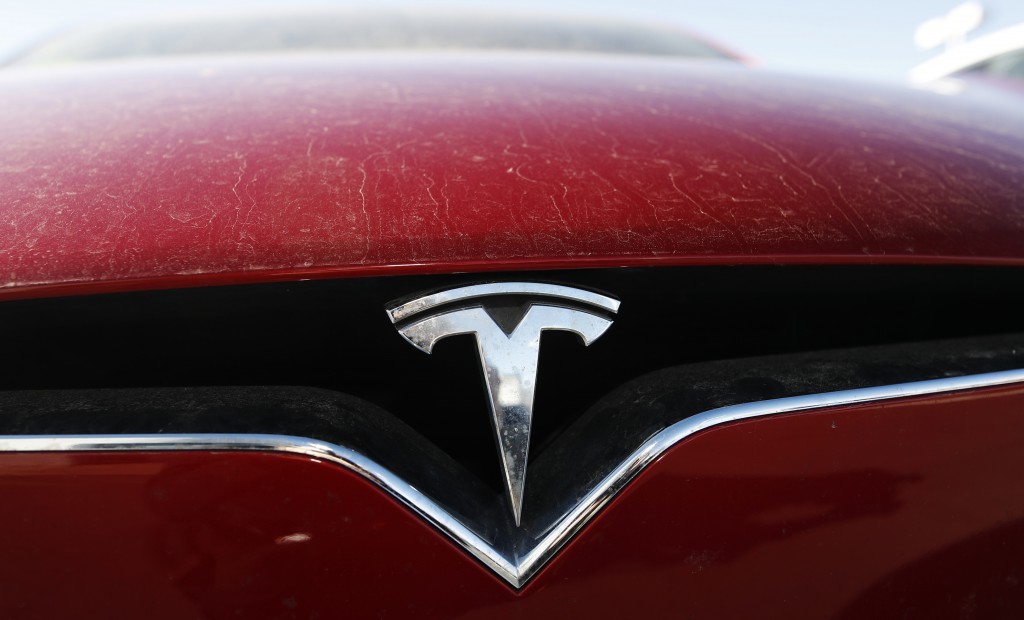 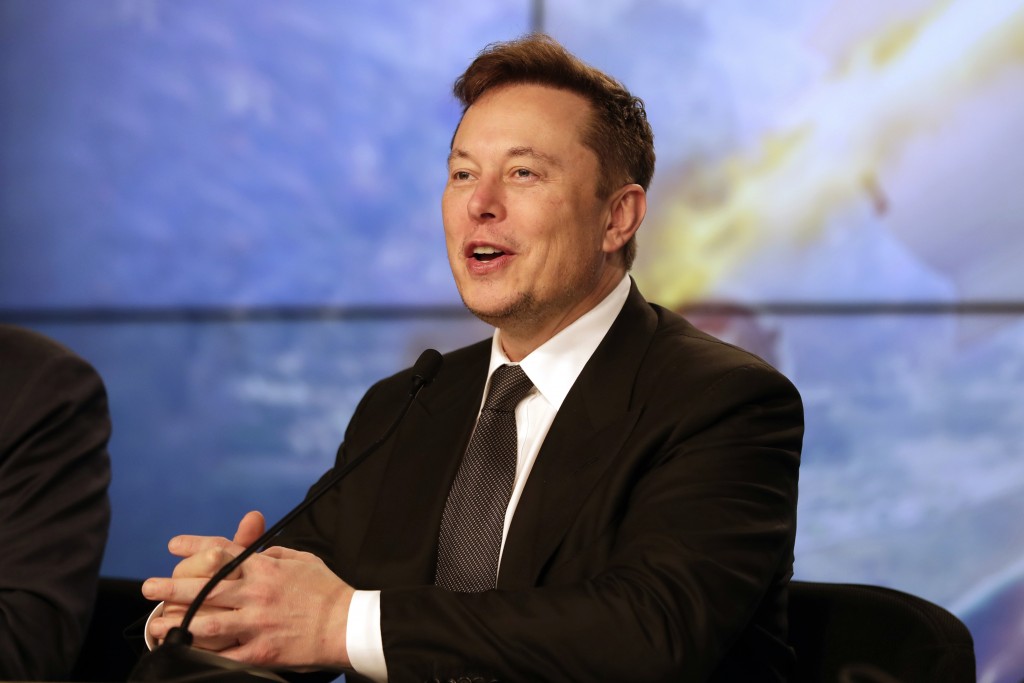 DETROIT (AP) — Eight months after it seemed headed for the corporate junkyard, Tesla is now worth more than General Motors, Ford and Fiat Chrysler combined, even though the Big Three together sell more cars and trucks in two weeks than Tesla does in a whole year.

In a reversal of fortune analysts find amazing if not nutty, the stock of the electric vehicle and solar panel maker has rocketed to nearly $900, up over 30% in just the past two days. It is now worth five times what it was in June, when there were whispers of bankruptcy surrounding the company founded by the erratic visionary Elon Musk.

Among the world's automakers, Tesla, with a market value Tuesday just shy of $160 billion, ranks behind only Toyota, at $232 billion.

Many investors see it as justified for a company that is leading the world in electric vehicle sales amid an expected global transition from the internal combustion engine to batteries.

Others see the meteoric rise as just plain crazy for a company that's never turned a full-year profit.

Just last spring, Tesla seemed to be in trouble. Its stock had fallen 40% largely on concerns that it was running out of buyers for its high-priced vehicles, which start at nearly $40,000 and can run well over $100,000.

Big debt payments were looming, the company was burning cash and losses were growing. Its federal tax credit was being phased out by the end of the year, and competitors were about to launch their own electric vehicles.

But sales emerged stronger than many expected, production problems were vanquished, and while Tesla lost $862 million in 2019, it turned a profit during the last two quarters of the year, including $105 million in quarterly earnings posted last week.

Among the positive signs coming from the automaker: Tesla said it expects to exceed production of 500,000 vehicles this year at its factories in Fremont, California, and Shanghai. It appears to have worked the kinks out of making the Model 3 small car, the company's lowest-priced vehicle. And it announced it will start producing the Model Y, a small SUV with broad global appeal, sooner than expected.

"For Tesla worldwide, this will probably be their most important car,” said Jessica Caldwell, executive director of insights at the Edmunds.com auto pricing site, which provides content for The Associated Press.

Tasha Keeney, an analyst at ARK Invest, one of the firms most bullish on Tesla, said investors have figured out that Tesla is ahead of competitors in such things as battery technology and software. Also, demand for electric vehicles over the next five years is probably underestimated, she said.

“We think an electric vehicle will be cost-competitive on a sticker price basis with a gas-powered car by 2022, and this is what’s going to cause an inflection in demand,” Keeney said.

The run-up in price is, like all stock investments, a bet on the future. Electric vehicles account for just 2% of global vehicle sales, and Tesla is up against well-established competitors such as GM, Ford, Audi and Porsche.

Tesla's stock surge brought major pain to a cadre of investors who had bet the shares would fall. These “short sellers” borrowed stock and sold it in hopes of buying it back later at lower prices and pocketing the difference. Because of persistent doubts about Musk's ability realize his ambitions, Tesla is the most shorted company on the U.S. stock market.

But interest in shorting Tesla has been falling steadily since the summer, when its stock began climbing. When a heavily shorted stock jumps very quickly in price, short sellers often rush to buy it in hopes of limiting their losses. That in turn pushes the stock price even higher.

Still, the stock rise seems irrational to Gartner's Ramsey, who points out that Tesla is an auto company facing perpetually large capital expenditures on factories, vehicle development and raw materials.

“It doesn't make sense in a lot of ways,” he said.