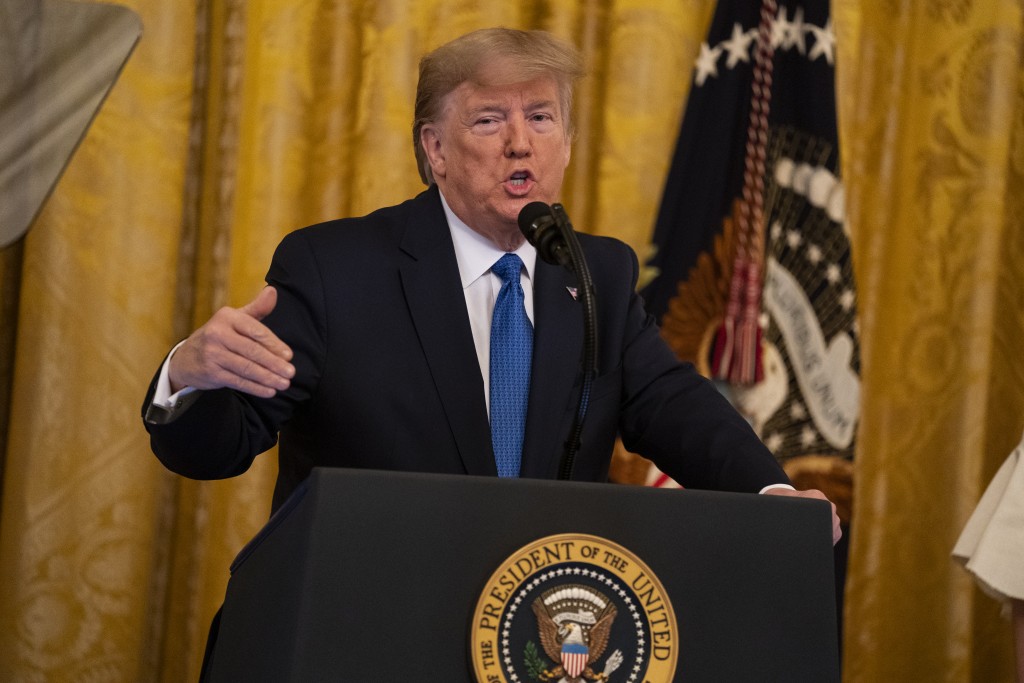 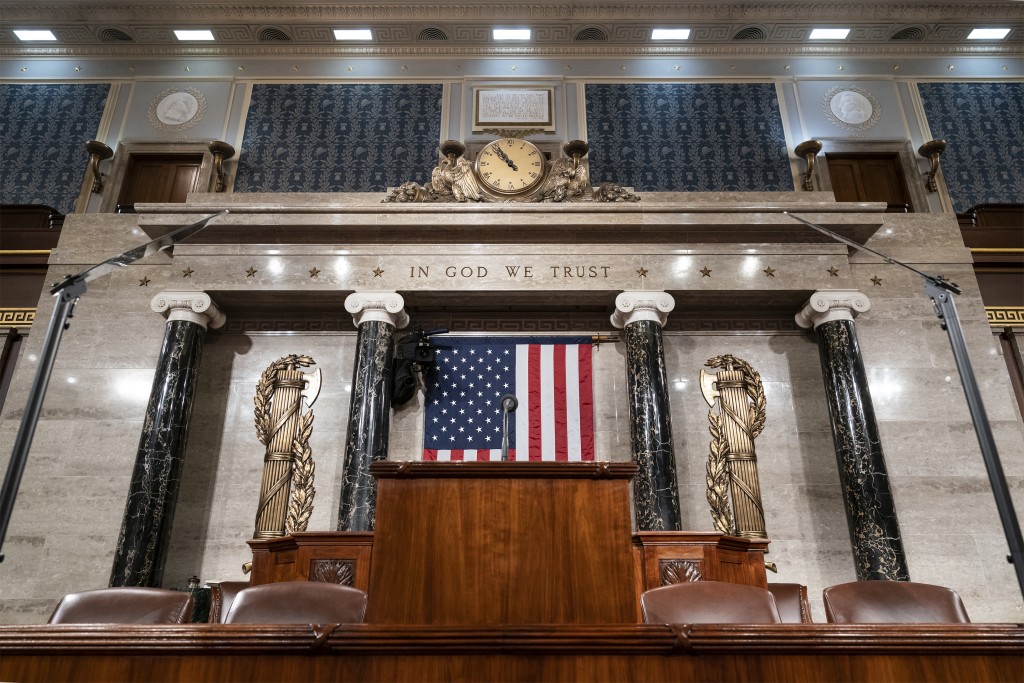 WASHINGTON (AP) — Stepping to the dais in extraordinary times, President Donald Trump on Tuesday will deliver his State of the Union address on the eve of his likely impeachment acquittal and in the aftermath of the chaotic first votes of the race to replace him.

The first president to run for reelection after being impeached, Trump aimed to use his nationally-televised speech to lay out his record as the rationale for a second term amid suspense about whether he would address the charges against him. He will speak from the well of the House of Representatives, on the opposite side of the Capitol from where the Senate one day later is expected to acquit him largely along party lines.

“This is a president with an enormous sense of drama and a background in television who understands that the setting gives him an opportunity," said presidential historian Michael Beschloss. “This is an opportunity to set the course for reelection.”

White House aides have promised an optimistic speech that will look past the impeachment trial that has consumed Washington in favor of a recitation of accomplishments and promises. But Trump often veers from his script and may not be able to resist using the moment to claim exoneration and settle scores.

Even for a Trump-era news cycle that seems permanently set to hyper-speed, the breakneck pace of events dominating the first week of February offered a singular backdrop for the president's address. Yet Trump told TV anchors at a midday meal that his address would be “extraordinarily low key.”

Supreme Court Chief Justice John Roberts, who has presided in the Senate over only the third impeachment trial in the nation’s history, will be on hand Tuesday night — this time in his more customary seat in the audience. Trump will stand before the very lawmakers who have voted to remove him from office — and those who are expected to acquit him when the Senate trial comes to a close.

And perched over his shoulder, visible in nearly every camera shot, will be House Speaker Nancy Pelosi, a frequent thorn in Trump's side who authorized the impeachment proceedings that charged the president with abusing the power of his office to push Ukraine to investigate a political foe.

Trump will also stare out at some of the Democrats who have been vying to take his job, although it was unclear if he would weigh in on the confusion in Iowa, where the results of Monday's leadoff caucuses were delayed. In advance of his address, Trump tweeted that the caucus chaos showed Democrats were incompetent and should not be trusted to run the government.

Trump spent the hours before his speech tucked away at the White House, hosting network anchors for lunch while working on final drafts of the address. He entered the moment on a roll, with his impeachment acquittal imminent, his job approval numbers ticking upward and Wall Street looking strong. Aides played down the possibility that he would use the address to seek vengeance over impeachment.

“I think that this has gone on for too long and I think that, if you look at the ratings, the American people are frankly bored of it,” White House press secretary Stephanie Grisham told Fox News early Tuesday. “They want to hear what the president has done for this country and what he is planning to do for this country, so it will be very forward-facing.”

In the closest historical comparison, Bill Clinton did not mention his recent impeachment when he delivered his State of the Union in 1999. In his address a year ago, Trump did remain on message, making no mention of how Pelosi had originally disinvited him from delivering the speech during the longest government shutdown in the nation’s history.

Trump aimed to spend much of the speech highlighting the economy's strength, according to aides, including low unemployment, stressing how it has helped blue-collar workers and the middle class. He also planned to stress the new trade agreements he has negotiated, including his phase-one deal with China and the United States-Mexico-Canada agreement he signed last month.

While the White House said the president would have a message of unity, he also planned to spend time on issues that have created great division and resonated with his political base. He will attack the Democrats’ health care proposals for being too intrusive and again highlight his signature issue — immigration — trumpeting the miles of border wall that have been constructed.

He will also dedicate a section to “American values,” discussing efforts to protect “religious liberties” and limit access to abortion as he continues to court the evangelical and conservative Christian voters who form a crucial part of his base.

As usual, the presidential guests will reflect issues that Trump wants to highlight. The invited guests include military families, immigration officials and the former sheriff from Venezuela who fled to the United States.

The Democrats were supplying plenty of counter-programming, focusing on health care — the issue key to their takeover of the House last year. Pelosi and Senate Majority Leader Chuck Schumer were set to host guests impacted by the medical system.

Michigan Gov. Gretchen Whitmer was delivering the party's official response. She previewed her address Tuesday by saying she would focus less on what Trump says and more on actions taken by Democrats, both in Democratic-led states and in Congress, particularly on infrastructure, health care and jobs.

“I’ll highlight the stark contrast between Democratic action and Republican inaction,” Whitmer said. “This is really about ensuring that the American people understand what Democrats stand for because I believe that American people deserve better. They deserve action.”

AP writers Darlene Superville in Washington and David Eggert in Lansing, Michigan, contributed to this report.