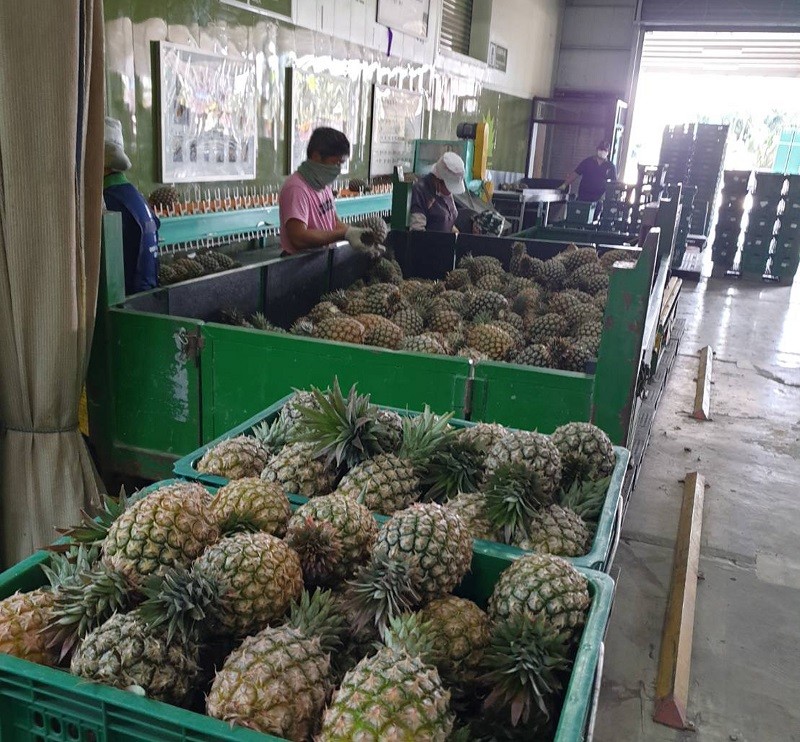 Previous reports indicated that a shipment was stuck at Chinese customs, according to CNA, but a cooperative association in Pingtung County managed to export their six tons of pineapples to Xiamen via the "Mini Three Links" on Monday. "The container holding the pineapples made it through customs with no problems," said Guo Zhi-wei (郭智偉), the person in charge of the association.

The cooperative, which has a pineapple plantation of more than 120 hectares, began exporting the produce to Japan and China at the start of February. Guo said that they still would have to wait and see whether the outbreak of the new coronavirus would affect the flow of pineapples, but conveyed his satisfaction that the first container made it successfully, according to the report.

AFA Southern Region Branch Director Yao Chih-wang (姚志旺) said that with the first container clearing customs and the export routine having been confirmed, stable shipments of pineapples to China were expected to follow.