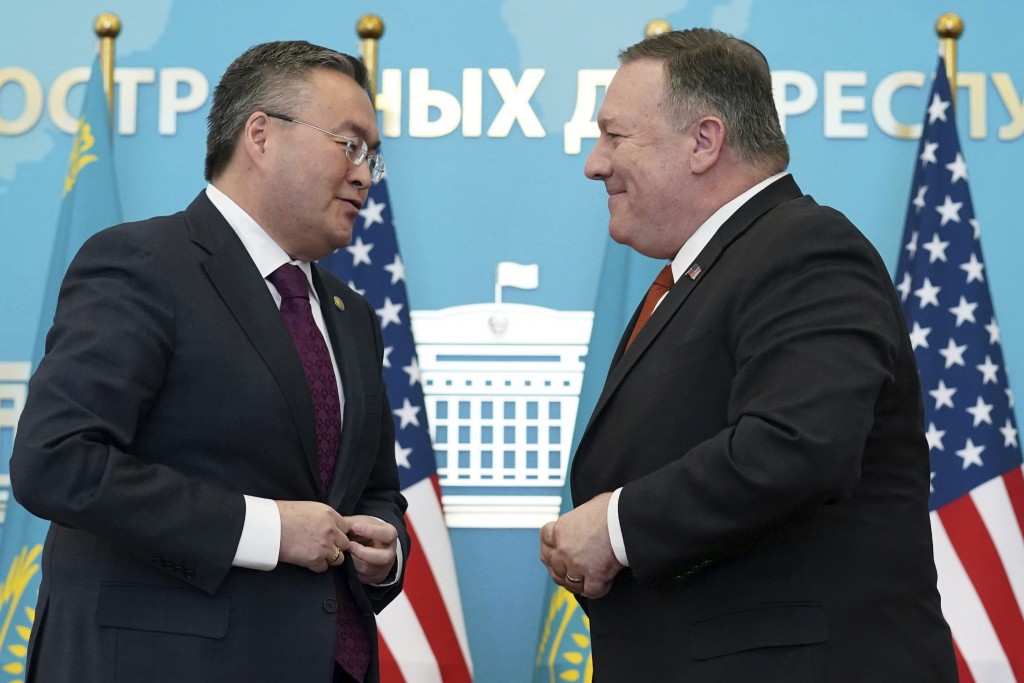 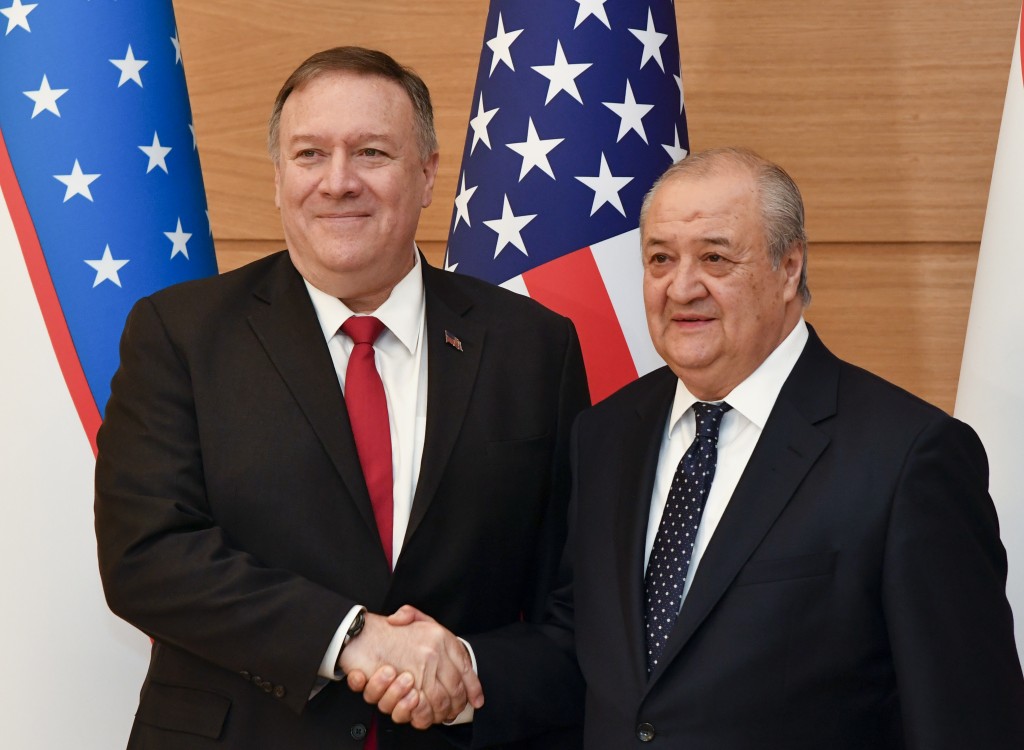 TASHKENT, Uzbekistan (AP) — The countries Secretary of State Mike Pompeo visited on a five nation-tour over the last week varied from longtime ally Britain to ex-Soviet republics in Central Asia. But the message he conveyed to his hosts stayed the same: Beware of China.

In his trip to Europe and Central Asia, Pompeo denounced China’s human rights record, criticized its aggressive trade practices and urged his hosts to be wary of Chinese investment and influence. He warned that China poses a risk as countries develop next-generation, high-speed wireless networks.

His language was blunt. “The Chinese Communist Party presents the central threat of our times," Pompeo said last week in London, just days after the European Union unveiled security guidelines for 5G wireless networks that stop short of a ban on Huawei in the latest setback for the U.S. campaign against the Chinese tech company.

Pompeo’s tough rhetoric, on a trip coinciding with the rapid spread of a new virus that originated in China and threatens global growth, underscores his preoccupation with the country and its recent diplomatic and trade victories.

His comments contrast with President Donald Trump’s more conciliatory language on China. That’s partly because Trump is working to complete a trade deal with President Xi Jinping. When he signed the first phase of the agreement last month, Trump called Xi a "very, very good friend of mine" and said he planned to visit China in the not-too-distant future.

Trump said then that he and Xi have “developed an incredible relationship."

Pompeo's comments in London, however, maintain the tough approach that he and Vice President Mike Pence have espoused about China, driven mainly by the country's repression of Muslims and ethnic minorities in its western Xinjiang Province, but also by what they say are Beijing's predatory trade practices and development projects that they say put small and poor countries at great risk.

Pompeo's visit to Britain came just 48 hours after the country, which is eagerly hoping to secure a massive post-Brexit trade deal with the U.S., ignored American threats and allowed Huawei to have a role in its 5G network.

The decision highlighted the limits of the Trump administration's ability to lobby for its policies as it defied a U.S. threat to sever intelligence sharing if Huawei had any presence. U.S. officials believe that the security of information on a network that uses Huawei technology or equipment could be compromised.

The U.S. has been lobbying European allies to ban Huawei over concerns it could be compelled to help with the Chinese government with electronic eavesdropping. U.S. officials also worry that 5G networks would rely heavily on software, leaving them open to vulnerabilities, and have repeatedly warned they would have to reconsider intelligence sharing with allies that use Huawei. The company has denied the allegations.

Stung by the British move but still hoping to retain and boost the U.S.-Britain “special relationship," Pompeo appeared to step back from the threat on intelligence sharing, saying that he was certain a way could be found to avoid it.

Yet, he made clear that the Trump administration would continue to confront China on multiple fronts, including commerce, infrastructure and technology, militarily and diplomatically, even as the administration pursues a second phase of a massive deal to end a current trade war with Beijing.

“We have to collectively – the West – ensure that the next century is governed by Western democratic principles,” he said. “And that will take a concerted effort not just by the United States but by all of those who love freedom and cherish democracy and the rule of law to ensure that that remains the predominant model for the world for the next century.”

“The United States urges all countries to join us in pressing for an immediate end to this repression,” he said on Sunday in Kazakhstan. “We ask simply for them to provide safe refuge and asylum to those seeking to flee China; protect human dignity; just do what’s right.”

In Uzbekistan on Monday, Pompeo played up the benefits of Central Asia doing business with the U.S. rather than China.

“They have long borders, they sit in a region where both China and Russia are present," he said. “What we want them to do and what America is here to do is to support their capacity to make good decisions, to have transparent rule of law investments be present."

“We remind them constantly” of the benefits of American investment and warn them against “state-sponsored, politically driven transactions” of the kind favored by China, Pompeo said.