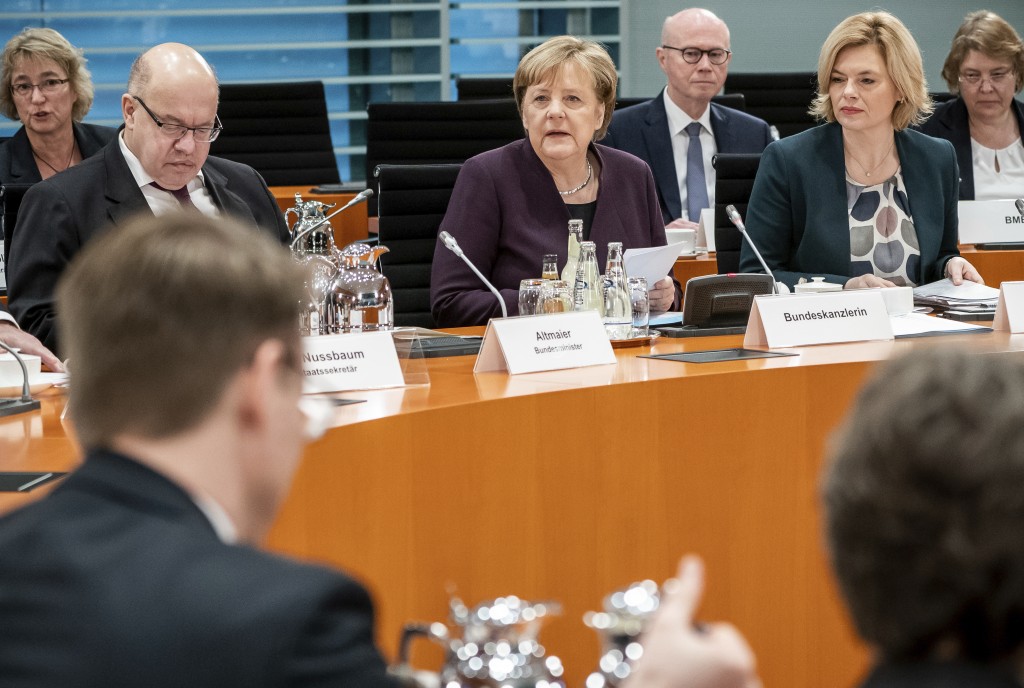 BERLIN (AP) — German Chancellor Angela Merkel met food industry representatives on Monday to address concerns about the effect of rock-bottom supermarket prices on farmers and others.

The meeting at the chancellery follows occasional protests over recent months by farmers who claim that planned new environmental limits are overly restrictive and that the government is making it impossible for domestic agriculture to compete against imports.

Critics say pressure to push down prices weighs on animal protection efforts and environmental standards. The government has said it wants to address how to secure “appropriate” prices for high-quality food.

“Of course you have to earn your money, just like farmers, you have to tend your customer relations, so this is not about imposing some kind of state-ordered minimum prices on you, as I have read sometimes," she told participants. “It is about fair relationships between the different players.”

“The question is, can those who produce food survive with all the regulations, which make sense, which are right, but of course have their price?” Merkel asked, adding that there is also an interest in strengthening a supply of regional products.

“In Germany, about 13 million people live in poverty or on the poverty threshold,” he told news agency dpa. “Affordable food prices allow these people a healthy and safe diet.”