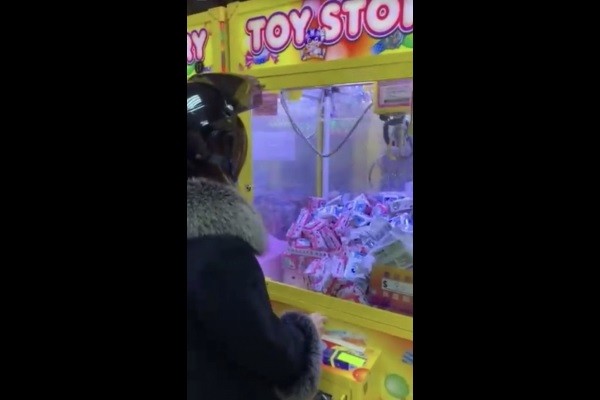 TAIPEI (Taiwan News) — Taipei's leaders have condemned people trying to sell surgical masks and disinfectants in claw machines and are warning of swift punishment for those caught in the act.

As face masks and hand sanitizers remain in short supply amid fears over the spread of the Wuhan coronavirus, Taipei City Councilor Chen I-chun (陳怡君) has spotted crane games hawking the items. She has asked the Taipei City Office of Commerce, Taipei Department of Health, and other relevant units to crack down on vendors.

Chen Yi-ting (陳怡婷), head of the Taipei Department of Health, said that if a hand sanitizer product has a medical equipment license number, it is considered medical equipment. If such an item were placed in a crane game, it would constitute a violation of Article 27 of the Pharmaceutical Affairs Act (藥事法) and would result in a fine ranging between NT$30,000 (US$989) and NT$2 million in accordance with Article 92 of the same law.

Chen said that she had investigated more than 40 claw machine shops in Taipei and found that many of them were selling antibacterial hand wipes, reported Liberty Times. She said that given the insatiable demand for disinfectant products, she suspects that many of these claw machine shops are hoarding the products and selling them at exorbitant prices.

She then called on relevant government city units to strictly control the prices and levy punishments who violate fair trade laws. At the same time, she also asked the public not to panic, as the government has increased the production of masks and made efforts to widen distribution channels.

Chen then emphasized that members of the public should wear face masks in crowded areas and wash their hands as often as possible to prevent the spread of coronavirus. The Taipei City Office of Commerce said that police and the Department of Health will patrol claw machine arcades on a monthly basis, with the locations identified by Chen designated as key areas to inspect in February, reported CTS.

If anyone discovers masks or hand sanitizers being sold as prizes in claw machines, they can call the 1999 hotline (outside of Taipei, dial 02-2720-8889). The Taipei City Office of Commerce will then dispatch personnel to inspect the machines, and offenders will be reported to the Health Bureau.