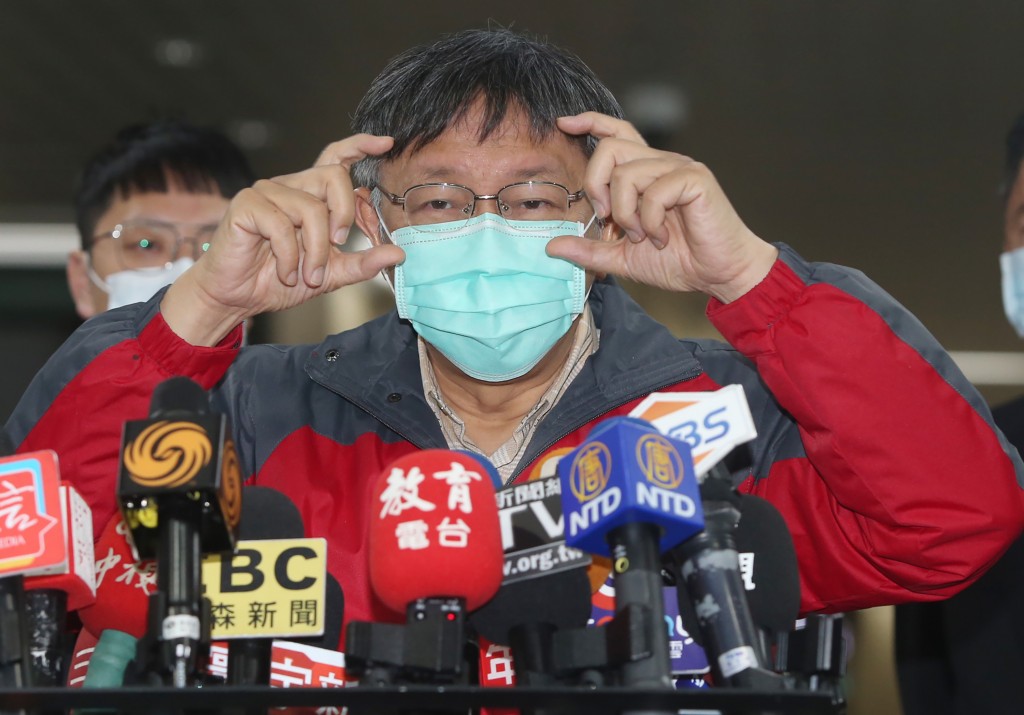 On Sunday morning, the China News Service cited the Taiwan Affairs Office (TAO) in Hubei Province as saying that preparations have been made to evacuate the first batch of more than 200 Taiwanese businessmen from Wuhan via charter jet. Upon their arrival in Taiwan, the passengers will be kept in special housing where they will be held under quarantine to prevent any who may be infected with the novel coronavirus 2019-nCoV from spreading the disease.

Officials had originally planned on keeping the location of the quarantine housing a secret from the public in order to avoid alarm among local residents. However, during a press conference on Sunday afternoon, Ko told reporters that the returning Taiwanese businesspeople will be kept in isolation at the Bank of Taiwan dormitories (台銀宿舍) in Yangmingshan.

When asked by the media to respond to Ko's disclosure of the location, Health and Welfare Minister Chen Shih-chung (陳時中) said, "Anyone who releases information without the permission of the Command Center will be dealt with in accordance with the relevant regulations," reported ETtoday. Later that evening at a cherry festival in Neihu, when asked to respond to Chen's comment, Ko said, "Oh, then don't talk about it."

When asked if his release of information on the quarantine site could lead to fear or panic, Ko sighed but did not respond, according to the report. When confronted again over why he had leaked the location, Ko said, "Well, good question. I'm not willing to respond to this question at this time."

As he left the event, reporters asked him if he would like to apologize for leaking the news, and Ko claimed that he would "review it." He then quipped, "I'm going to be arrested, aren't I?"