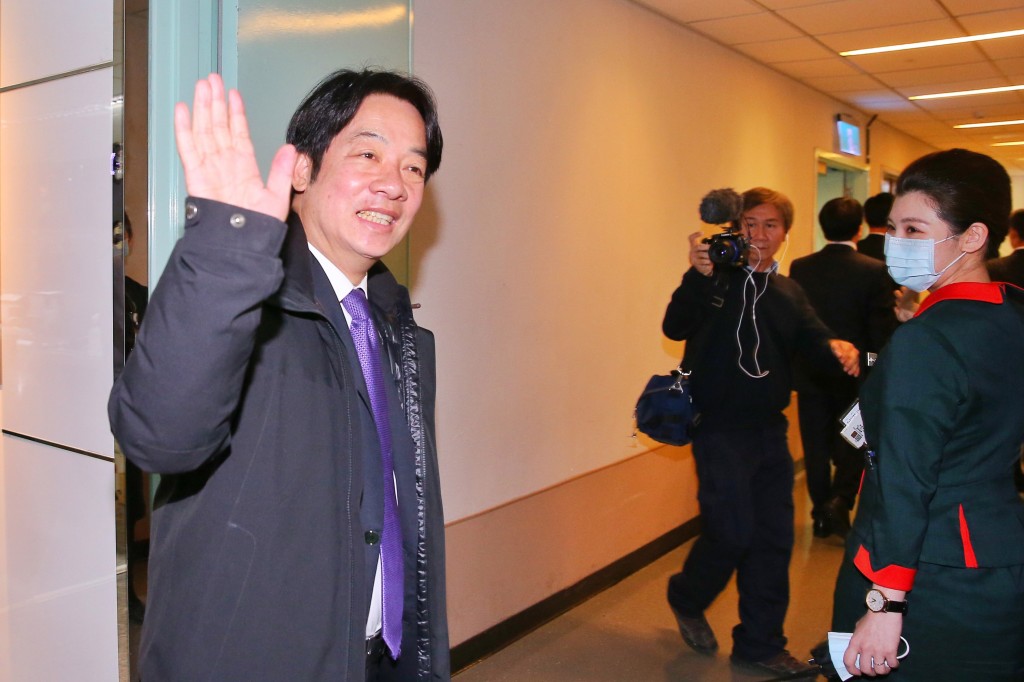 Lai’s office confirmed his U.S. trip on Monday morning (Feb. 3), adding that Lai was “personally invited to the event organized by an American civil group.” The National Prayer Breakfast is hosted by the U.S. Congress and organized by the religious and political group the Fellowship Foundation.

Consisting of a series of meetings and dinners, the event is participated in by foreign envoys, business leaders, and other prominent figures. U.S. presidents usually take part in a breakfast session and deliver an address.

Local reports said Lai could be seen as the highest-level Taiwanese official to have made a visit to the American capital since the two countries severed diplomatic ties in 1979. Over the years, Taiwan’s presidents have usually been allowed to make “stopovers” in the U.S. during their visits to Caribbean and Pacific allied nations, but such visits often come with restrictions, such as avoiding Washington, DC and delaying on-site reports by the press corps.

U.S. administrations have over the past four decades prevented official visits by Taiwanese presidents, vice presidents, Cabinet heads, and ministers handling foreign affairs and defense. It was not until the implementation of the U.S.’s Taiwan Travel Act in 2018 did mutual visits of senior American officials and their Taiwanese counterparts become more frequent.

Accompanied by former Legislator Hsiao Bi-khim (蕭美琴), Lai will also stop by New York briefly. The office said the vice president-elect, who will be sworn into office in May, would meet with think tank representatives and overseas Taiwanese communities during his stay in the U.S.

The office added that Lai had informed President Tsai Ing-wen (蔡英文) of the trip prior to his departure. Before boarding an EVA Air flight, Lai greeted the media at the airport without making any comments.