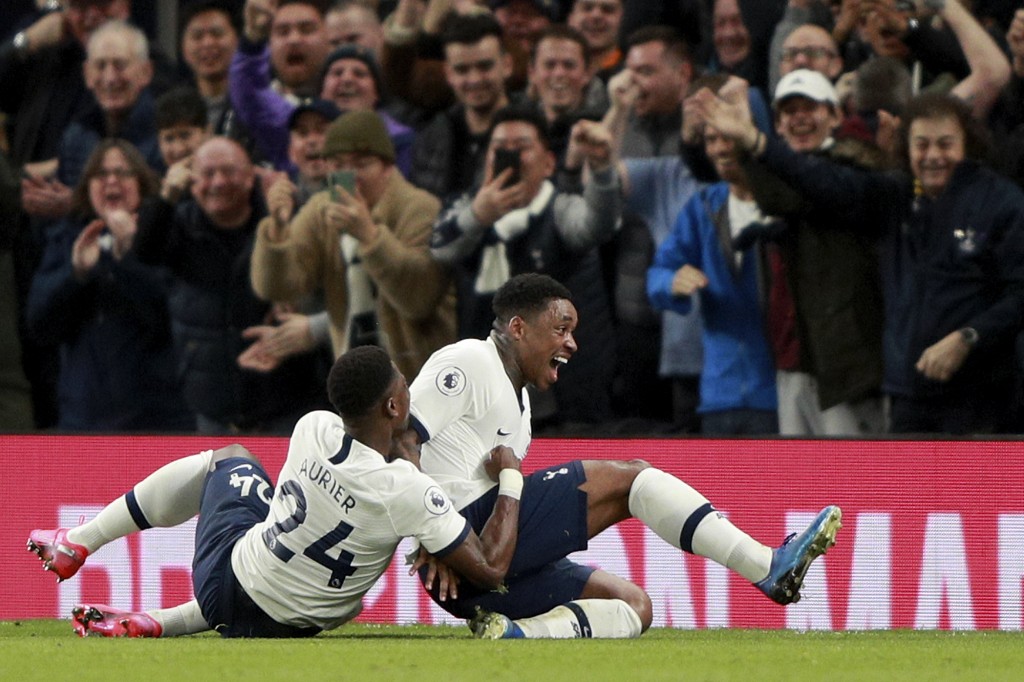 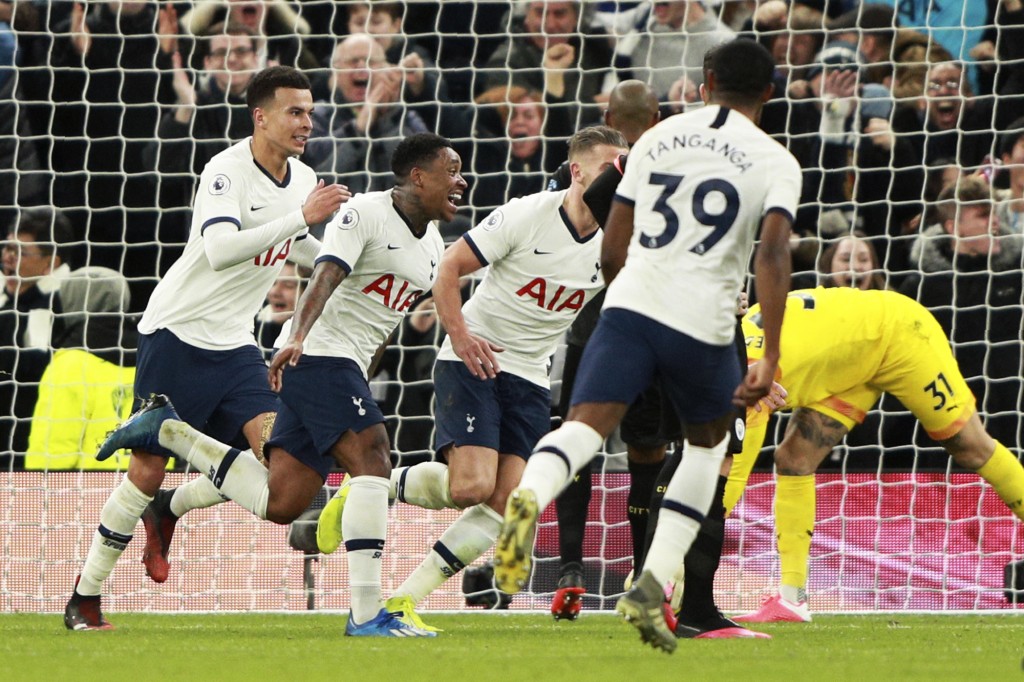 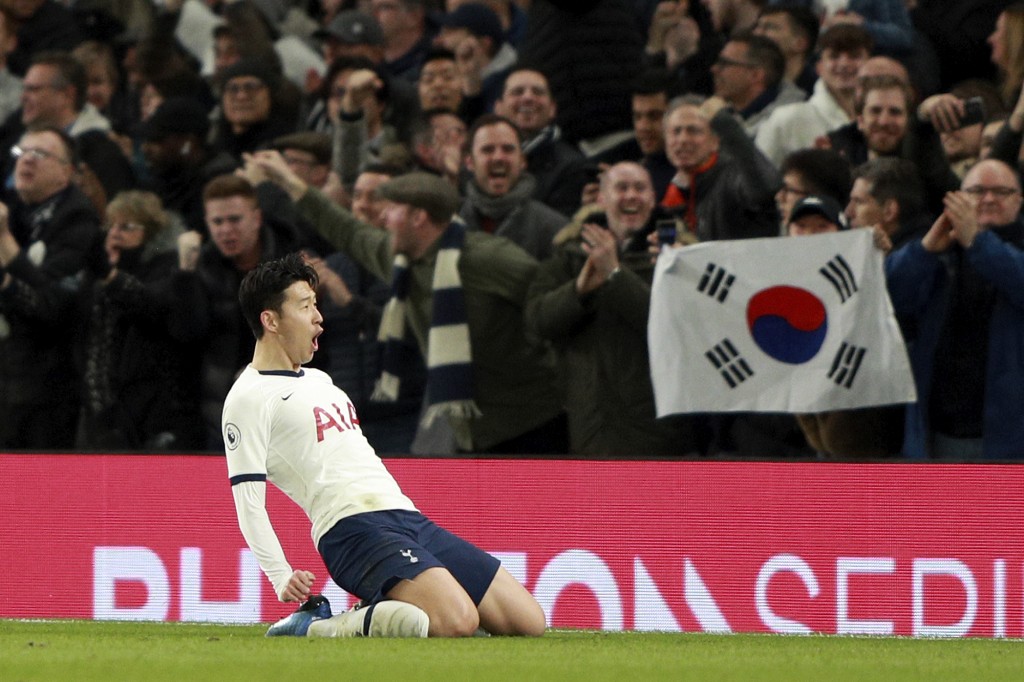 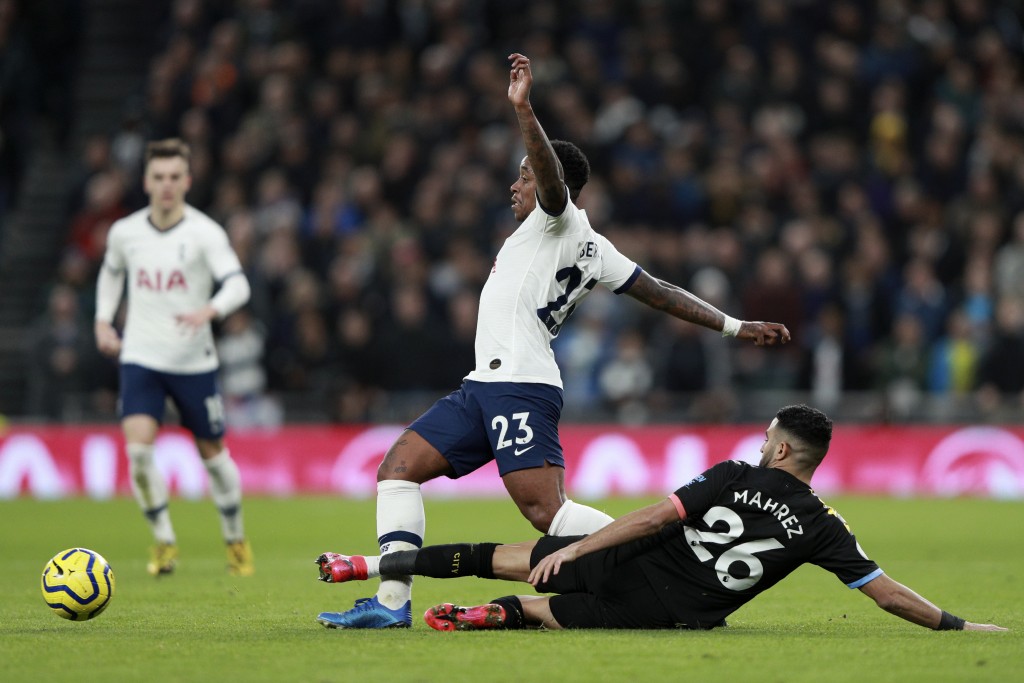 Second-place City's sixth loss of its Premier League title defense left Liverpool 22 points clear with 13 games remaining and in contention to end its 30-year league title drought by winning the Merseyside derby at Everton on March 16.

Tottenham rose to fifth place and moved within four points of fourth-place Chelsea as Jose Mourinho's side got the best of the champions despite having only a third of possession and being outshot 17-3.

Tottenham scored from two of its shots on target after Oleksandr Zinchenko's push on Harry Winks to halt a counterattack on the hour saw the City midfielder shown a second yellow card.

Tottenham was in front in the 63rd minute when Bergwijn brought down a pass from Lucas Moura with his chest, controlled the ball on the turn and volleyed into the bottom corner. The winger only arrived four days ago from PSV Eindhoven.

Shortly after Bergwijn came off with cramp, it was the record-signing from the summer transfer who helped to create the second goal.

Tanguy Ndombele had been on the pitch barely a minute when he sent the ball through to Son, who struck past goalkeeper Ederson in the 71st minute.

Mourinho was ecstatic after being infuriated in the first half and laughing in bemusement as decisions went against Tottenham.

Raheem Sterling avoided being sent off for fouling Dele Alli. In a separate incident play was rolled back several minutes for VAR to award a penalty for a tackle by Serge Aurier on Sergio Aguero.

Tottenham goalkeeper Hugo Lloris did save the spot kick from İlkay Gündoğan. But then VAR assessed whether another penalty should be awarded for Lloris' block as Sterling tried to net from the follow-up. As that VAR review was being conducted, both sets of players clashed and no penalty was awarded.