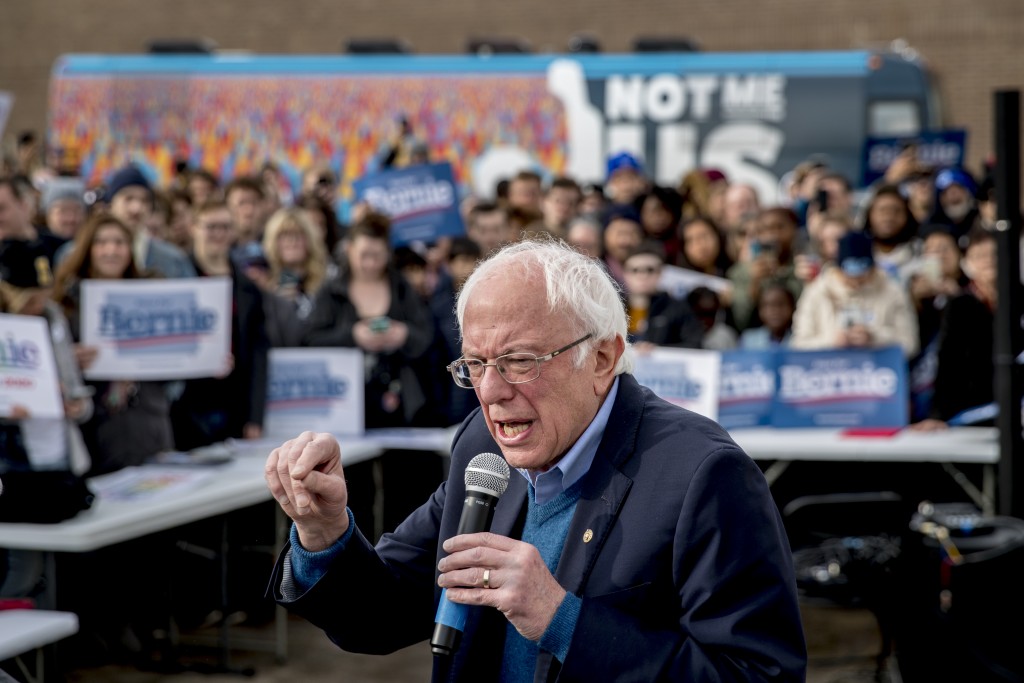 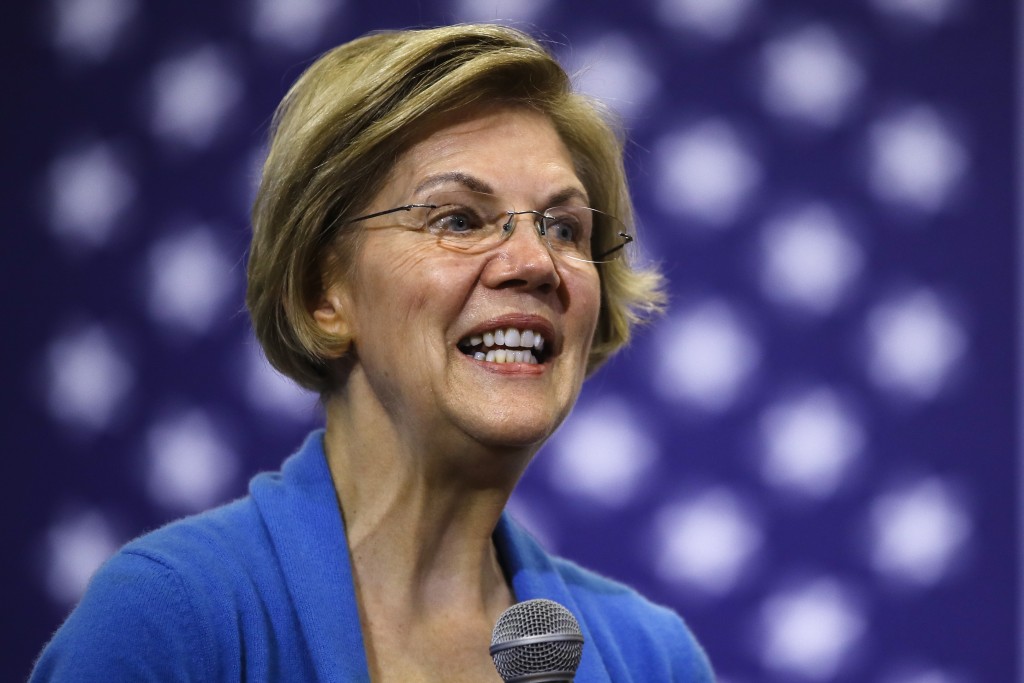 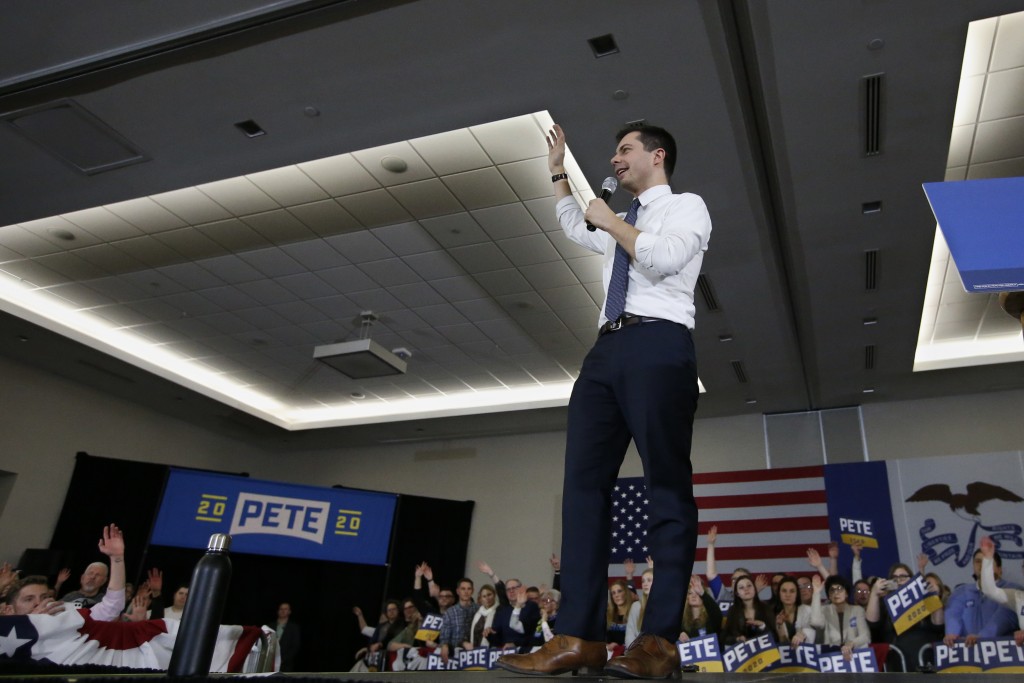 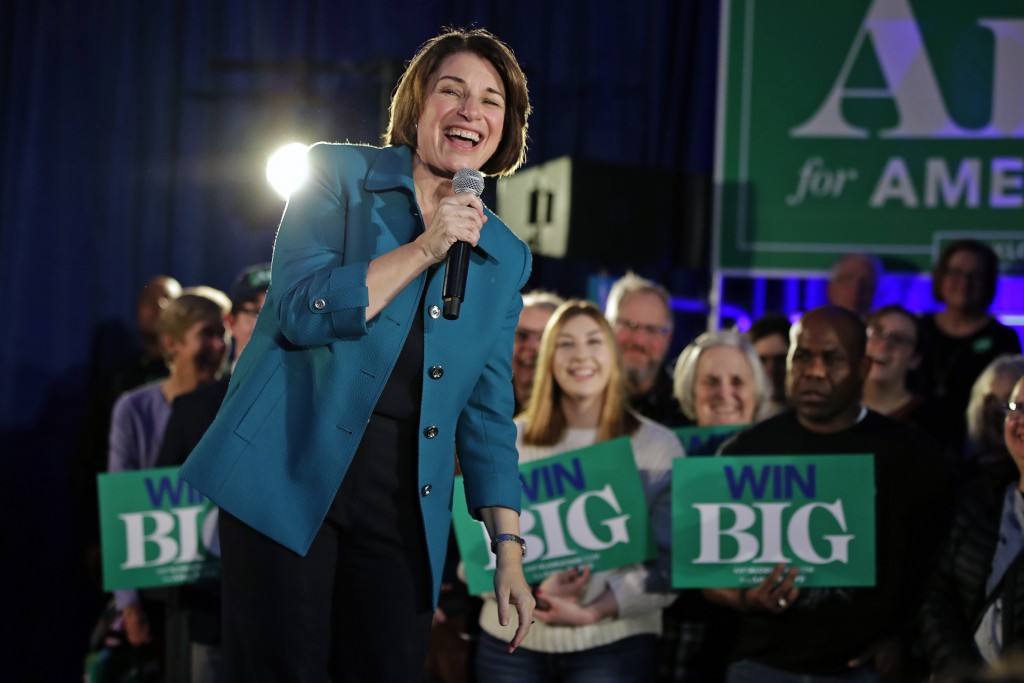 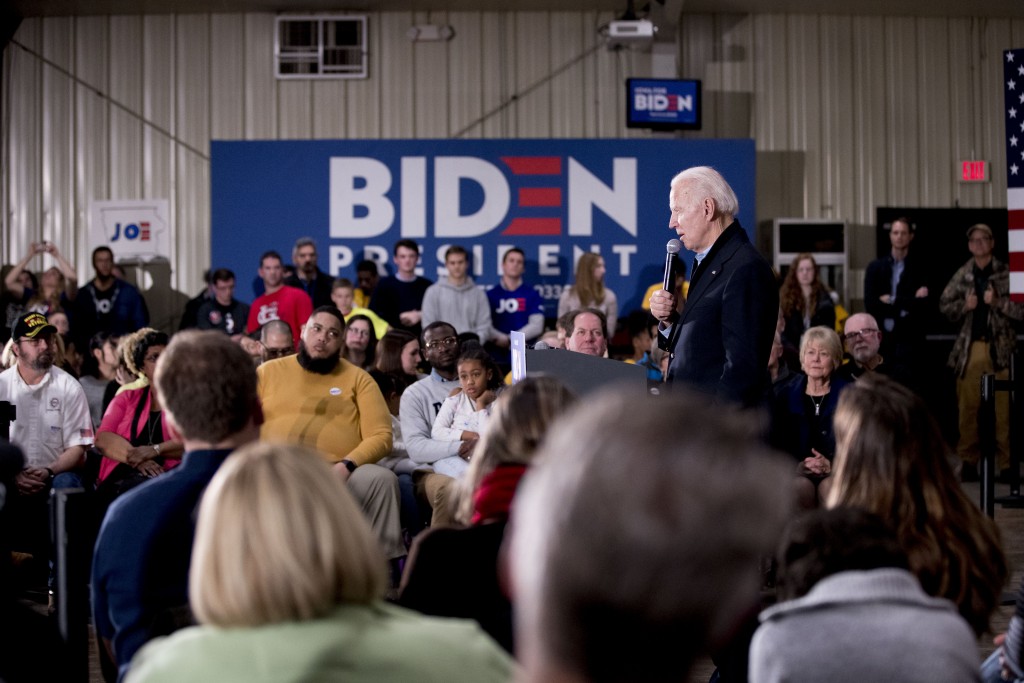 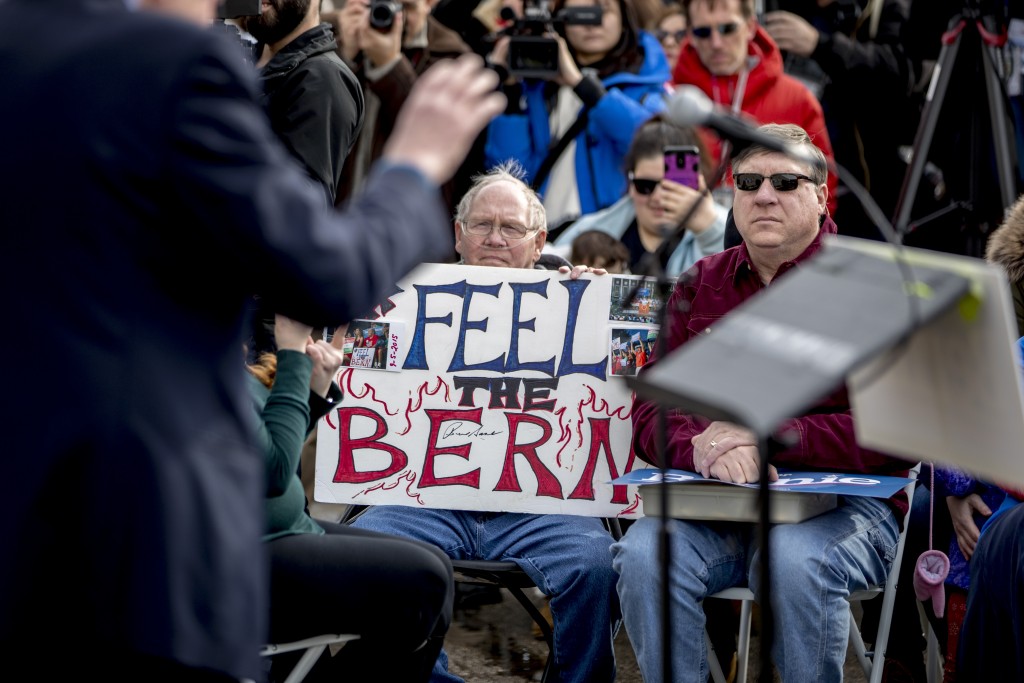 DES MOINES, Iowa (AP) — On the eve of the Iowa caucuses, the Democratic presidential candidates hustled across the state Sunday trying to fire up voters and make one last appeal to those struggling to make a final decision about their choice in the crowded field.

Campaigns and voters acknowledged a palpable sense of unpredictability and anxiety as Democrats begin selecting which candidate to send on to a November face-off with President Donald Trump.

The Democratic race is unusually large and jumbled heading into Monday’s caucus. Four candidates were locked in a fight for victory in Iowa; others were in position to pull off surprisingly strong finishes.

“This is going to go right down to the last second,” said Symone Sanders, a senior adviser to former Vice President Joe Biden's campaign.

Polls show Biden in a close race in Iowa with Sens. Bernie Sanders of Vermont and Elizabeth Warren of Massachusetts, as well as Pete Buttigieg, the former mayor of South Bend, Indiana. Minnesota Sen. Amy Klobuchar and tech entrepreneur Andrew Yang are also competing aggressively in the state.

Democrats’ deep disdain for Trump has put many in the party on edge about the decision before them. A series of external forces has also heightened the sense of unpredictability in Iowa, including Trump’s impeachment trial in the Senate, which marooned Warren, Sanders and Klobuchar in Washington for much of the past week.

Many campaigns were looking to a final weekend poll to provide some measure of clarity. But late Saturday night, CNN and The Des Moines Register opted not to release the survey because of worries the results may have been compromised.

Carol Hunter, the executive editor of the newspaper, said a poll respondent reported earlier in the day that a candidate's name was omitted when the person was asked to name a preferred candidate. Hunter wrote in an article on the newspaper's website that while the problem appeared to be isolated to one surveyor, the news organizations couldn't be certain.

A person at CNN told The Associated Press that name was Buttigieg’s, but it could have been any candidate because the names automatically randomize after every call.

New caucus rules have also left the campaigns working in overdrive to set expectations before the contest. For the first time, the Iowa Democratic Party will release three sets of results: who voters align with at the start of the night; who they pick after voters supporting nonviable candidates get to make a second choice; and the number of state delegate equivalents each candidate gets.

The new rules were mandated by the Democratic National Committee as part of a package of changes sought by Sanders following his loss to Hillary Clinton in the 2016 presidential primaries. The changes were designed to make the caucus system more transparent and to make sure that even the lowest-performing candidates get credit for all the votes they receive.

The AP will declare a winner in Iowa based on the number of state delegates each candidate wins. The AP will also report all three results.

Biden's campaign appeared to be trying to lower Iowa expectations on Sunday, cautioning against reading too much into Monday’s results. Biden is hoping to sustain enough enthusiasm and money coming out of Iowa to make it to more diverse states where he hopes to draw strong support from black voters. His campaign is particularly focused on South Carolina, the fourth state on the primary schedule.

“We view Iowa as the beginning, not the end," Symone Sanders said at a Bloomberg News breakfast. “It would be a gross mistake on the part of reporters, voters or anyone else to view whatever happens on Monday – we think it’s going to be close, but view whatever happens — as the end and not give credence and space for New Hampshire, Nevada, and South Carolina.”

Sanders, Warren and Klobuchar all fanned out across the state Sunday, trying to make up ground after missing most of the last two weeks of campaigning due to the Senate impeachment trial.

Many voters, too, are still making last-minute moves. According to a Monmouth University poll in Iowa in late January, 45% of all likely Democratic caucus-goers named a first choice but said they were open to the possibility of supporting another candidate, and another 5% did not indicate a first choice.

Indeed, talking to Iowa Democrats can be dizzying. Many can quickly run through what they like — and what worries them — about the candidates in rapid fire, talking themselves in and out of their choices in a matter of minutes.

John Kauffman is a 38-year-old who works in marketing in Marion, Iowa. As he waited in line to see Klobuchar speak on Sunday, he described himself as a moderate who is looking closely at caucusing for Buttigieg, Warren or Klobuchar. But, Kauffman notes, “I love Joe Biden,” and that it's Andrew Yang who most closely aligns with his views.

“There are just so many candidates,” he said, adding that he's hoping he can decide before he goes to caucus Monday night.