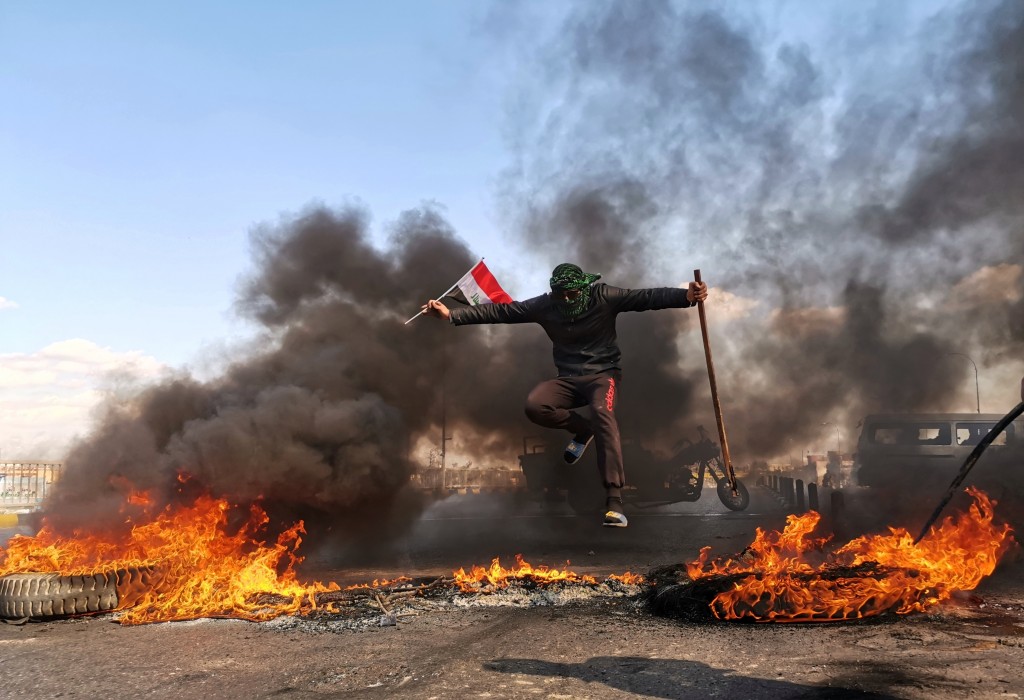 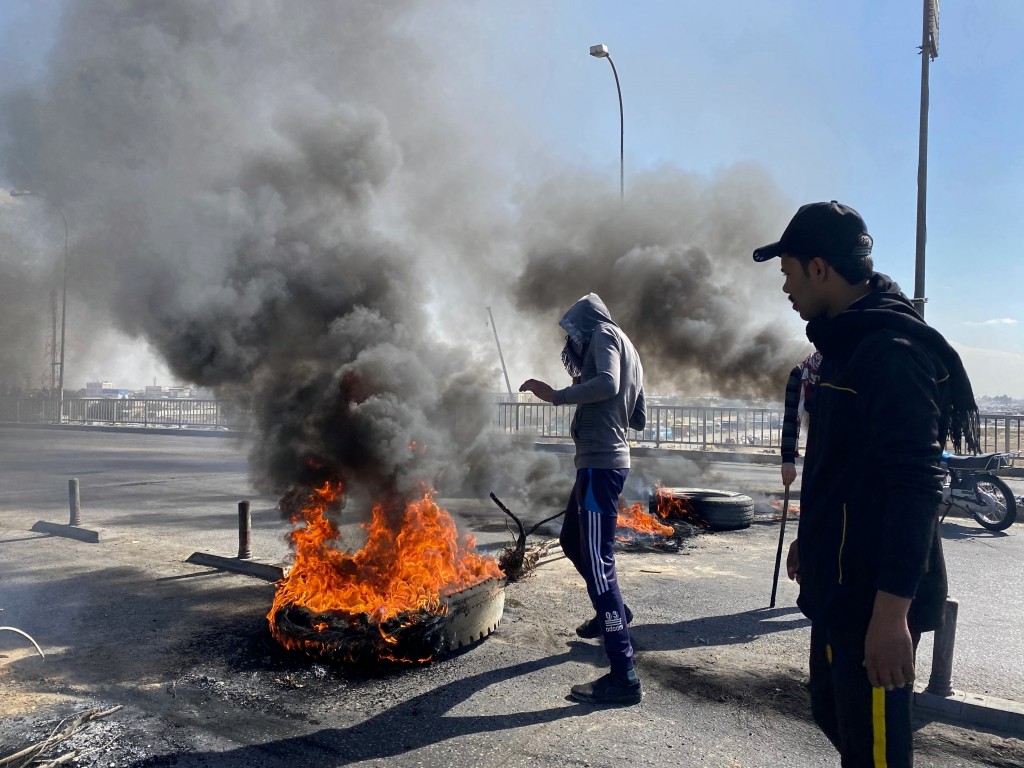 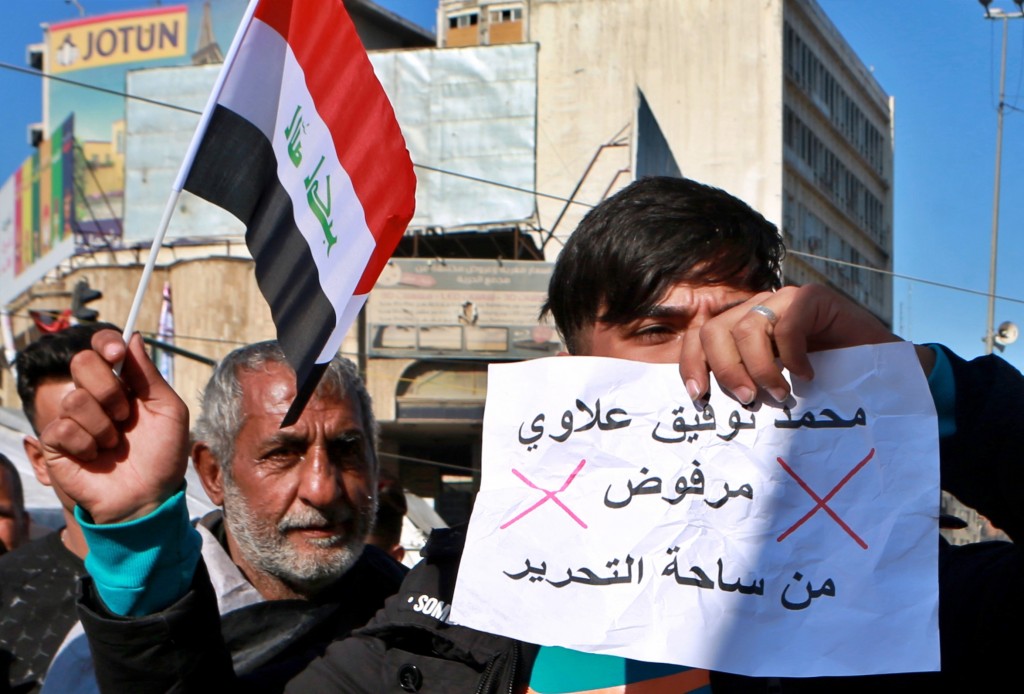 BAGHDAD (AP) — Hundreds of anti-government demonstrators in Iraq rejected Sunday the new prime minister-designate who was recently nominated by rival government factions. Demonstrators have long swore they would not accept a candidate chosen by Iraq's establishment.

Meanwhile, an influential Shiite cleric also told his followers, who are camped out among protesters in the capital and the country's south, to unblock roads and restore normalcy.

Hundreds of students voiced their rejection of Allawi at rallies in Baghdad's central plazas and in southern Iraq. In Tahrir Square, the epicenter of the four-month anti-government protest movement, portraits of Allawi marked with an “X” hung over tunnels and buildings.

“We don't want Allawi because he is a party member chosen by the parties,” said Hadi Safir, a protester in Tahrir. “We want an independent nominee.”

Others were more diplomatic, said they would wait and see how Allawi would deliver on promises to hold early elections.

The influential cleric Muqtada al-Sadr asked his followers camped out in Tahrir and surrounding plazas to resume “day-to-day life" on Sunday by opening cut roads and ensure schools and government offices remained open, in a statement posted online. Al-Sadr, who supports Allawi's nomination, heads one of the political parties that garnered the most seats in parliament in the 2018 federal election.

Al-Sadr's followers returned to the demonstration camps Friday? after the cleric reversed his decision to stop supporting the protest movement.

Upon returning, al-Sadr's followers consolidated control of strategic areas in Tahrir Square, including key bridges leading to the fortified Green Zone, the seat of government. Significantly, they also moved into a skeletal high-rise building nicknamed the “Turkish Restaurant,” which offers a strategic lookout over the protests.

Members of al-Sadr's militia group, known for donning blue caps on the street, were seen manning checkpoints near the high-rise on Sunday. The building had been stripped of portraits paying tribute to those killed under fire from security forces. An image of Grand Ayatollah al-Sistani, Iraq's most revered religious figure, remained, and a lone Iraqi flag fluttered on the rooftop.

Militiamen interviewed said they had come to clear the area of “trouble-makers” and drug-users.

“We came here to clean this place up,” said one militia member, standing guard outside the building.

Iraqi officials and analysts considered the return of al-Sadr's supports as means for the cleric to gain leverage amid the political deadlock prior to Allawi's selection. Their return has exacerbated divisions between them and civil anti-government demonstrators who felt al-Sadr had betrayed them and the reformist aims of the movement for political gain.

Many protesters said al-Sadr's followers had threatened them to toe the cleric's line or leave the square.

“They will never mix with us,” said Mariam Nael, 18, a protester. “We are here for our homeland, they are blindly following the tweet of one cleric.”

Student demonstrations were also held in the southern city of Basra to reject Allawi's candidacy. Other protesters burned tires in the holy city of Najaf.

“We did not choose this person; we demanded certain qualifications," said Ahmed Ali, a protester in Basra. “Mohammed Allawi is rejected by the people, he does not have the qualities we demanded. ”

Mass anti-government protests erupted on Oct. 1, when thousands of Iraqis took to the streets in Baghdad and the predominately Shiite provinces in southern Iraq to decry rampant government corruption, poor services and lack of employment. They came with lofty goals: overthrow the political establishment, pass electoral reforms and hold snap elections.

At least 500 have since died under fire from Iraqi security forces who have used live rounds and tear gas to disperse crowds.