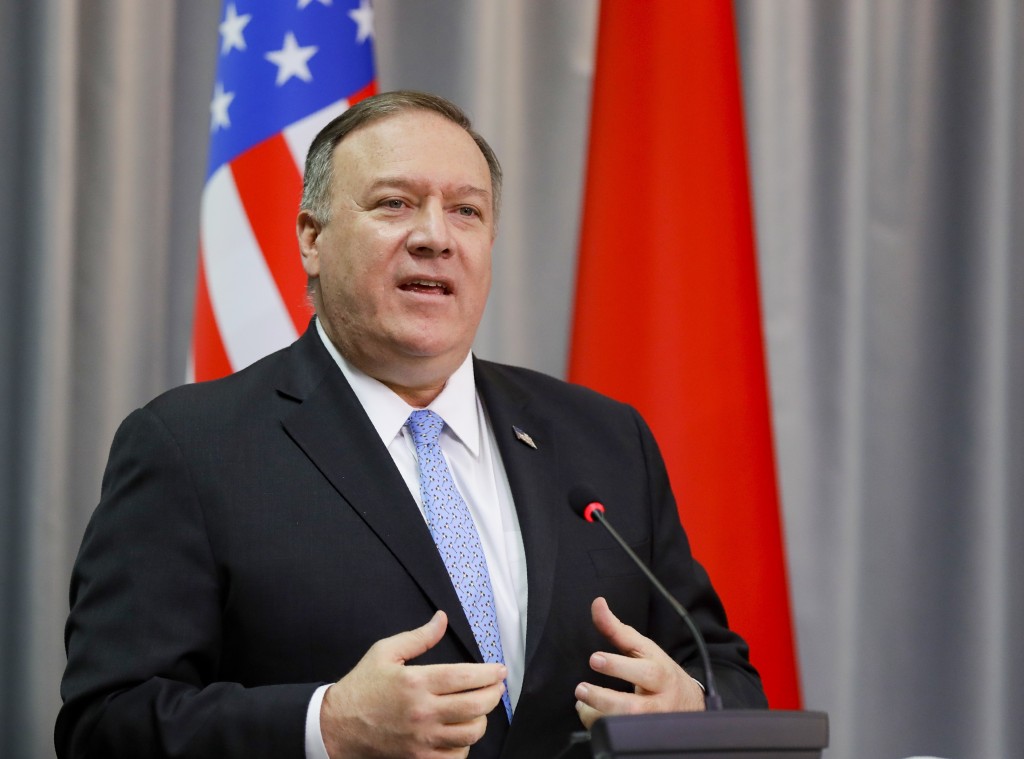 NUR-SULTAN, Kazakhstan (AP) — U.S. Secretary of State Mike Pompeo is in Kazakhstan pressing authorities to be wary of Russian and Chinese investment and influence.

Bringing a message similar to one he has delivered repeatedly to other countries, Pompeo was telling senior Kazakh officials on Sunday that the attractiveness of such investment comes with a cost to sovereignty and may hurt, instead of help, long-term development.

Pompeo began a brief visit to the country by meeting with ethnic Kazakhs whose families have gone missing or been detained in China's crackdown on Muslims and other ethnic and religious minorities in western Xinjiang Province.

Pompeo was also congratulating Kazakhstan on its repatriation of Islamic State fighters from Iraq and Syria. Kazakhstan has taken back nearly 600 fighters and family members detained in areas formerly controlled by the group.

In addition, he was urging senior officials in the Central Asian nation to urge continued reforms that would allow greater U.S. investment in the country.