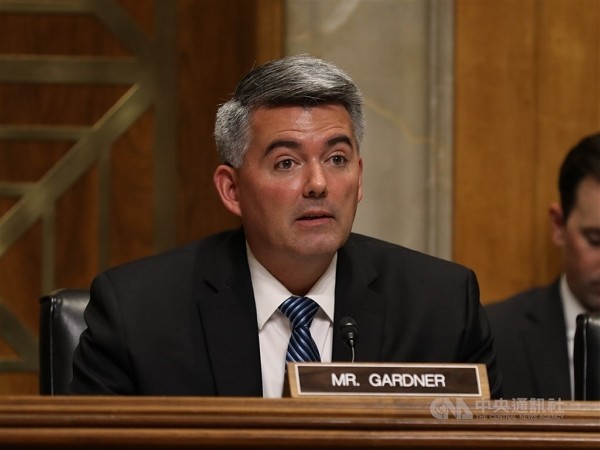 Seven American senators on Friday (Jan. 31) called on the World Health Organization (WHO) to grant observer status to Taiwan, amid mounting concern over the novel coronavirus (2019-nCoV) outbreak that has been designated as a global health emergency.

In a letter to WHO Director-General Tedros Adhanom Ghebreyesus, Colorado Republican Cory Gardner called Taiwan's exclusion from the organization an "act of aggression" which "harms the international public health community's ability to coordinate effectively."

Echoing concerns previously raised by Taiwan's president, Tsai Ing-wen (蔡英文), Gardner said the Chinese government could not be trusted to reliably transmit WHO information to Taiwan, putting the Taiwanese people at risk.

"To better protect international global health and security, we urge you to grant Taiwan observer status at WHO meetings and gatherings," he wrote.

On Saturday, Taiwan's Ministry of Foreign Affairs (MOFA) issued a statement thanking the senators for supporting Taiwan's inclusion in the body, a matter which it characterized as "necessary and urgent."

The question of Taiwan's exclusion from the WHO, due to the agency's affiliation with the United Nations, has come to a head in recent days, as fears have grown over authorities' ability to effectively contain the virus.

Critics have argued that Taiwan's exclusion could make it a "blind spot" in the international response, and governments including the United States, European Union, Japan and Canada this week expressed support for Taiwan's participation in the body.

Despite Taiwan's lack of formal inclusion in the WHO, the health agency's leadership on Wednesday suggested that Taiwanese experts are engaged in the response in an unofficial capacity.