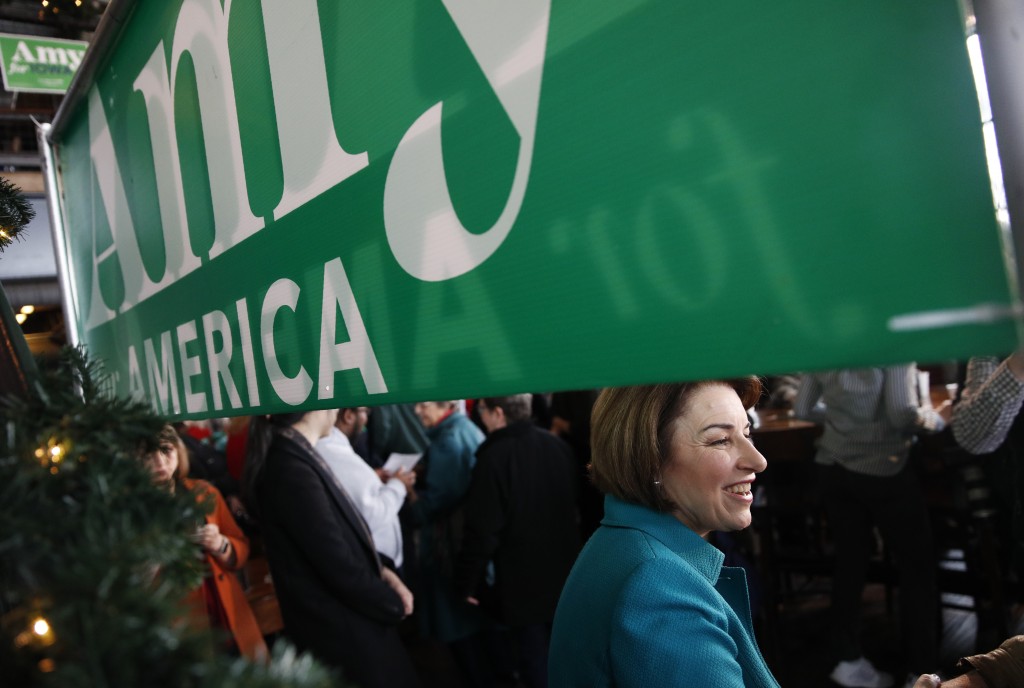 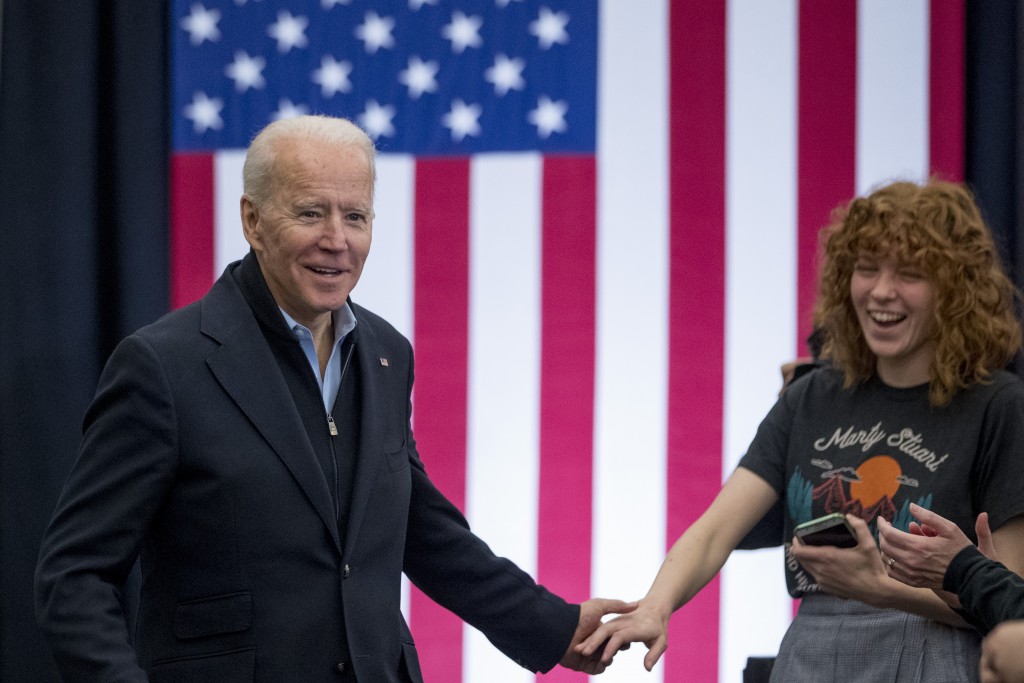 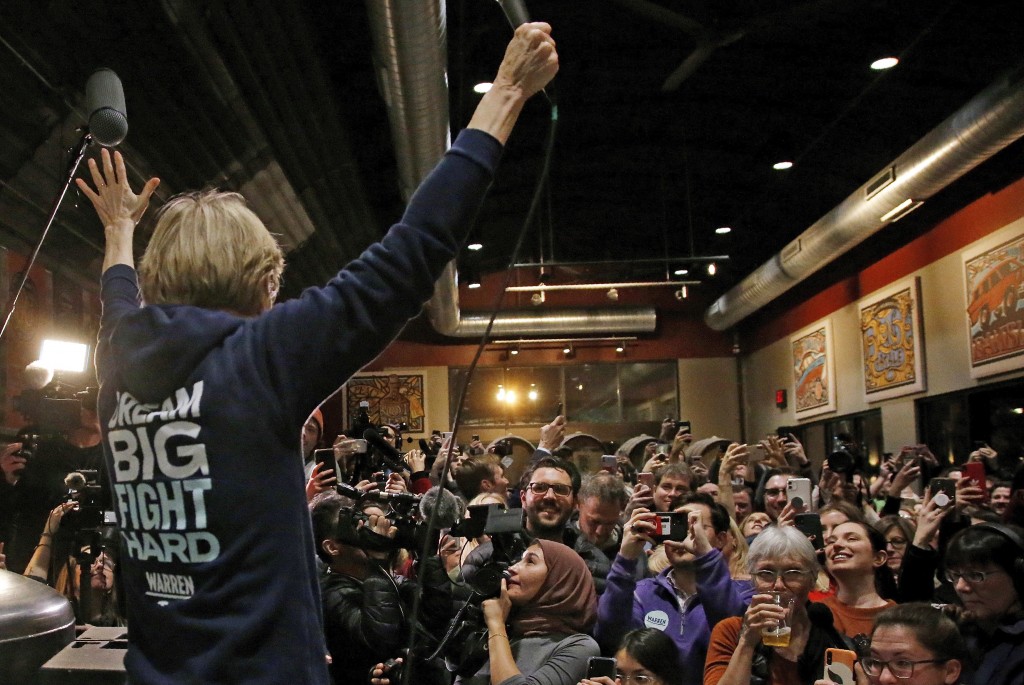 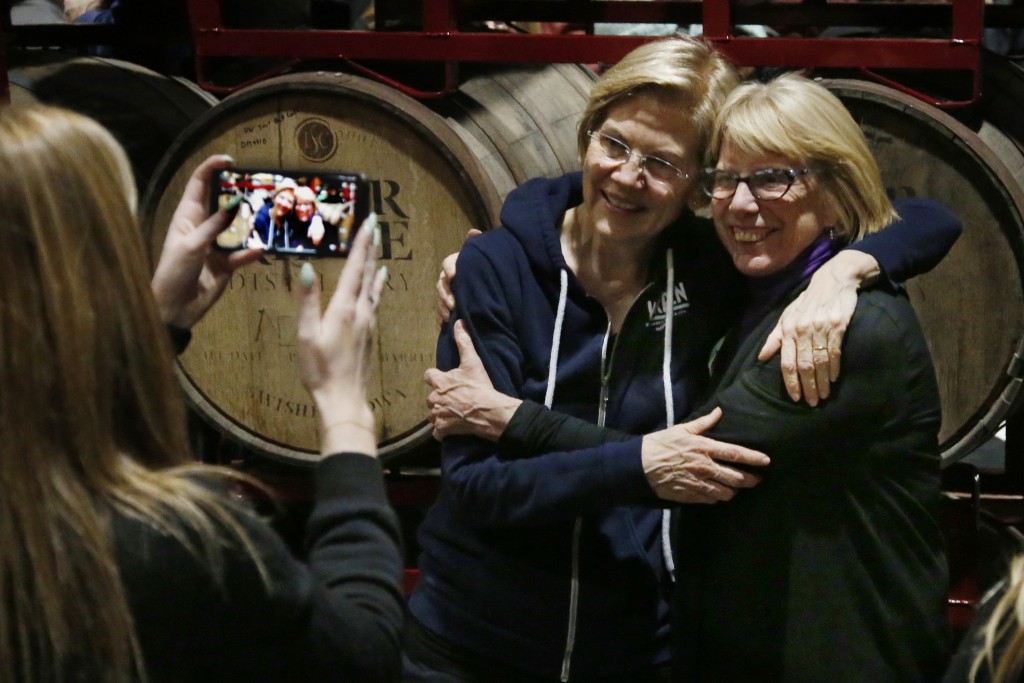 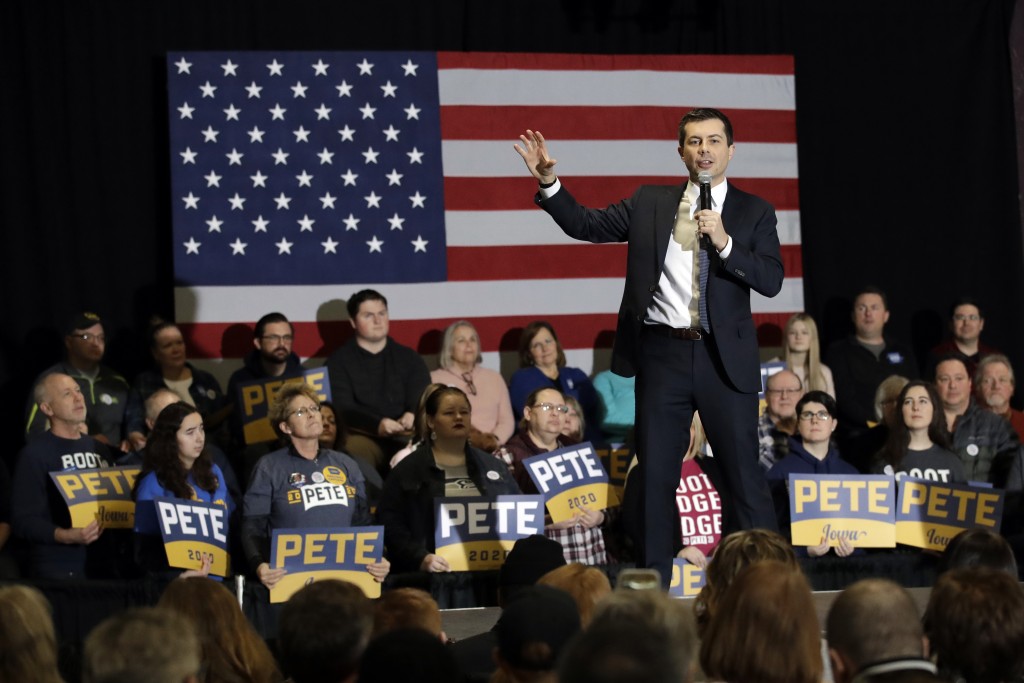 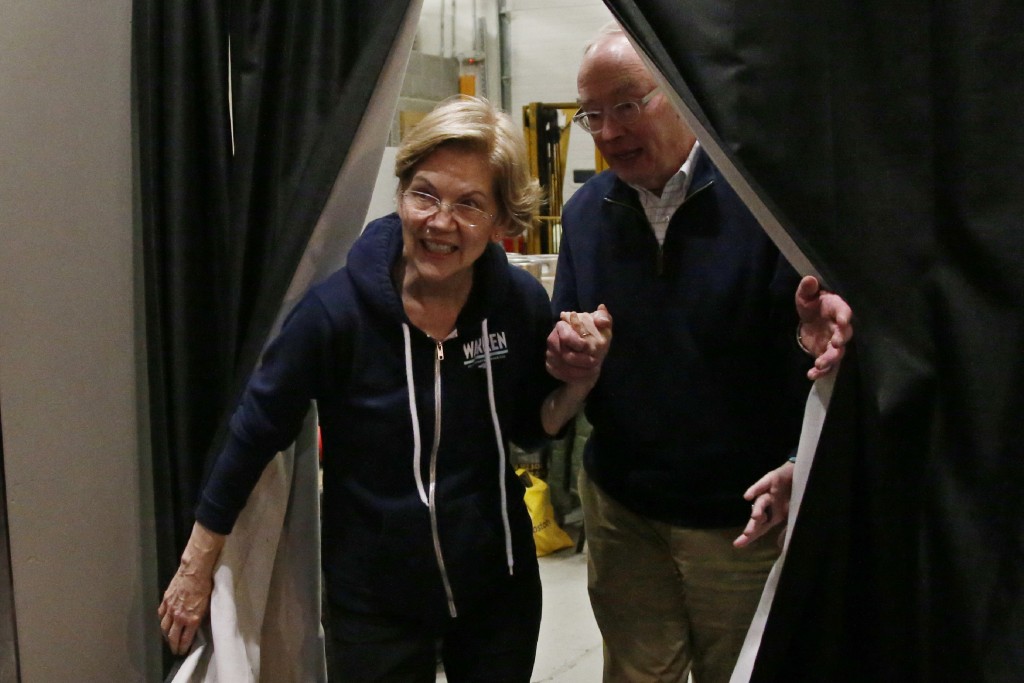 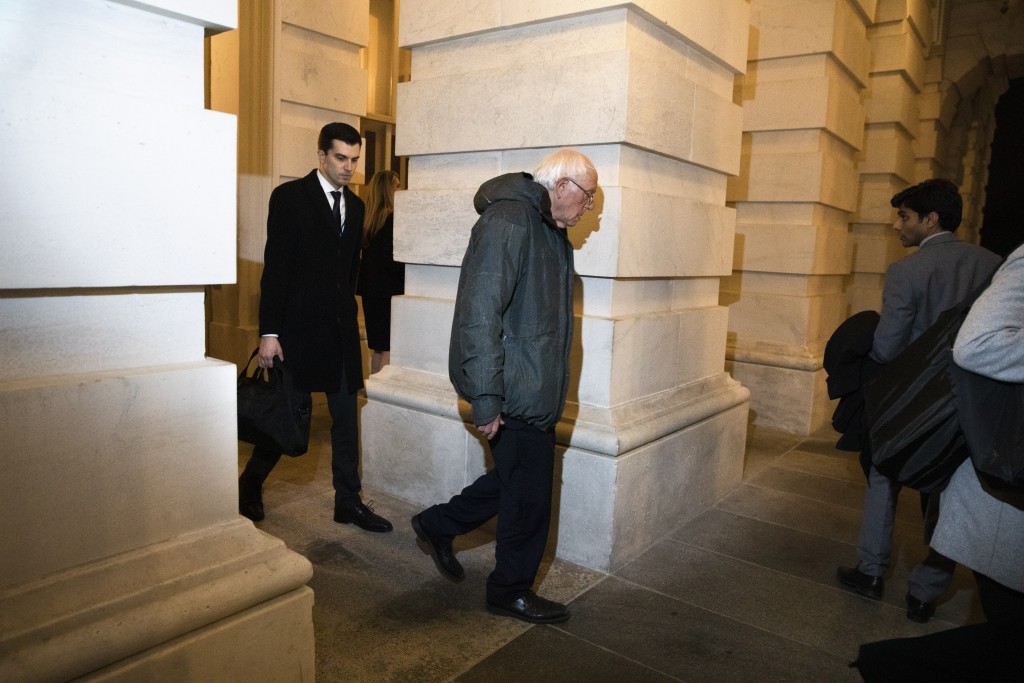 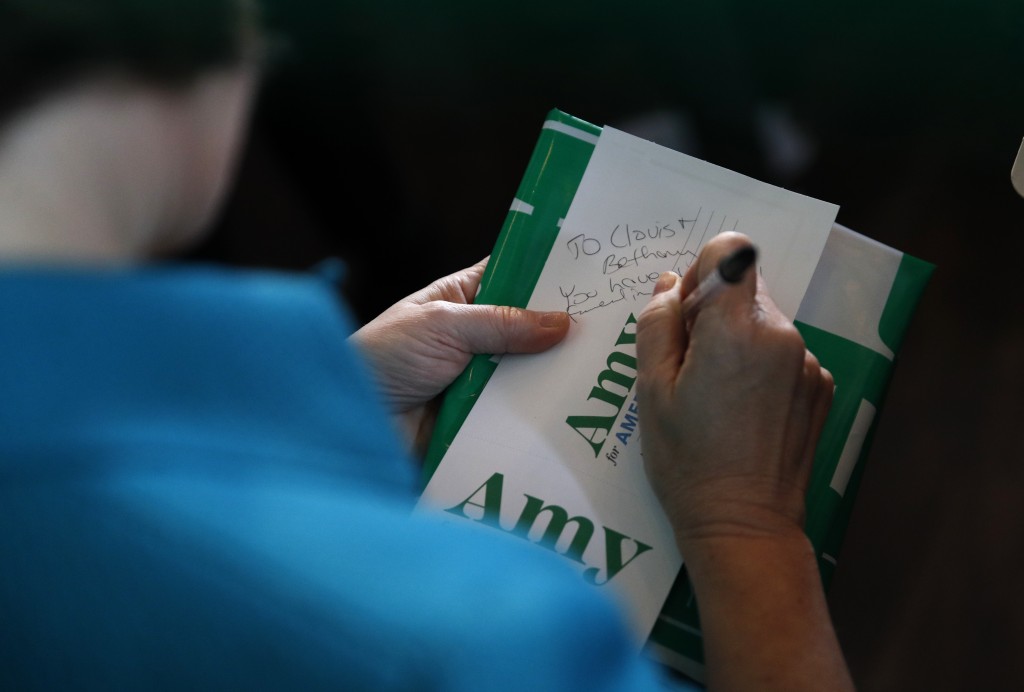 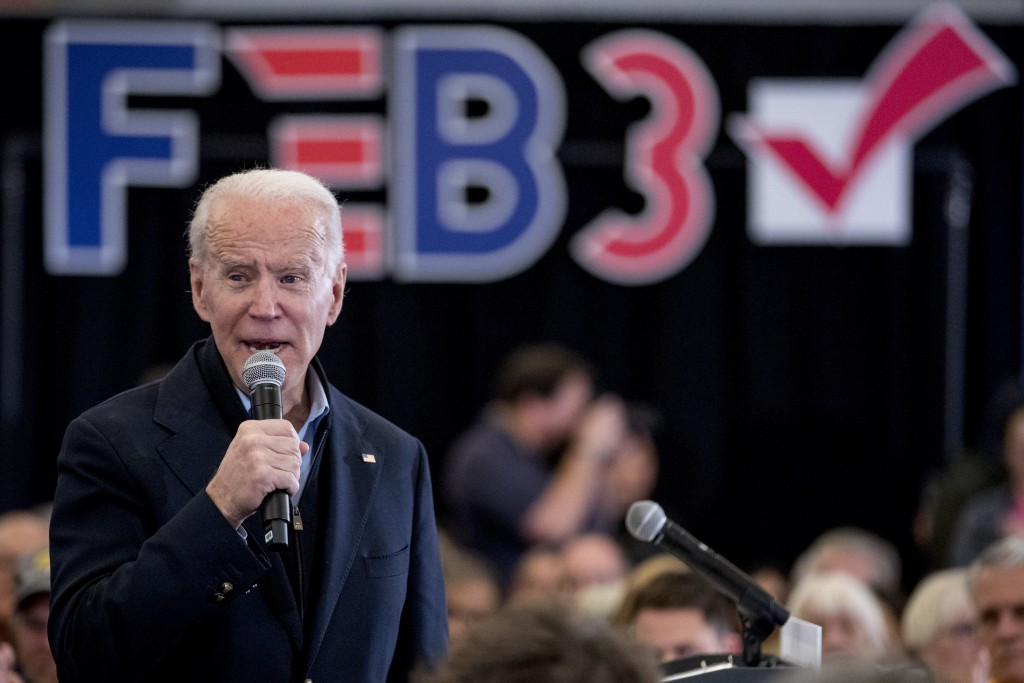 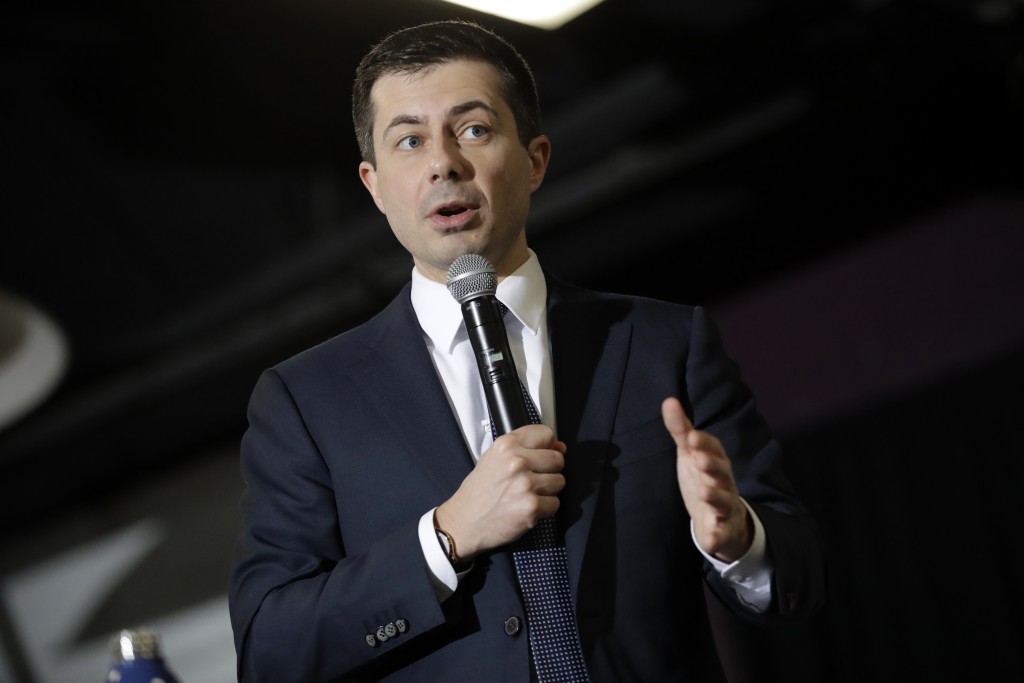 IOWA CITY, Iowa (AP) — After weeks of fits and starts, the battle to win Monday's Iowa caucuses reaches a crescendo this weekend as Democratic presidential candidates crisscross the state eager for a breakout moment that could shake up a race dominated so far by a persistent top tier of four contenders.

For the first time this week, the six candidates making the biggest play for Iowa were all in the state. Freed from President Donald Trump's impeachment trial for the next several days, Sens. Bernie Sanders, Elizabeth Warren and Amy Klobuchar quickly returned to Iowa eager to make up for lost time Saturday. Warren arrived late Friday and went straight to an impromptu event at a Des Moines bar to share a beer with dozens of cheering supporters.

The senators joined Joe Biden, Pete Buttigieg and Andrew Yang, who have had the state to themselves for much of the past month and have used that time to position themselves as above the Washington fray.

This weekend is the culmination of a year of intense campaigning in Iowa, where the leadoff caucuses will formally begin the process of selecting a Democratic nominee to take on Trump in the fall.

Many of the candidates were spending this final stretch working to boost turnout in the state's biggest Democratic counties and population centers. They were trading the intimate town halls that have characterized much of the campaign for big, sometimes star-studded rallies. On Friday night, Sanders campaign held a rally with the indie band Bon Iver, and on Saturday, the band Vampire Weekend was to join the Vermont senator for a concert .

For all of them, their final pitch to caucusgoers comes down to the same argument: I'm the best candidate to take on Trump.

Biden has argued that the barrage of Republican attacks on him, including from Trump, who mocked Biden's small crowd sizes during a presidential visit to the state Thursday, suggest that Trump's team is most concerned about the former vice president winning the primary. Biden has twice unsuccessfully competed in the Iowa caucuses as a White House hopeful.

“They don't want me to be the nominee. I wonder why,” Biden told voters Friday. “Because they know if I am, we are going to beat him."

Buttigieg, the 38-year-old former mayor of South Bend, Indiana, has tried to make a case for generational change. In recent days, he’s gone after both Biden and Sanders by name, arguing both are vestiges of the past.

Warren, meanwhile, released new ads in Iowa that characterize the Massachusetts senator as the best candidate to unite the party and defeat Trump, while confronting head-on concerns that a woman cannot win the presidency. Sanders has continued his longtime campaign pitch for a revolution, arguing that he can galvanize the working class to take on Trump.

The caucuses are the start of what’s sure to be a fierce month of campaigning across the four early primary states of Iowa, New Hampshire, Nevada and South Carolina. but fundraising reports released on Friday underscore how important the results may be for some. Historically, struggling candidates have received a boost in fundraising after a strong showing in the caucuses that have helped them both gain and sustain momentum in the race.

Biden reported Friday he had just $9 million in reserves at the end of 2019, an underwhelming sum that lagged behind Warren, Sanders and Buttigieg. They reported having a minimum of about $5 million more than Biden in disclosures filed with the Federal Election Commission before Friday’s deadline.

The results of the caucuses will also offer Democrats their first sense of how the ideological dividing lines fall within the race. The primary has become a competition among the candidates to consolidate support in two ideological categories — moderate and progressive — with no obvious leader emerging on either side.

Sanders and Warren, who largely agree on key progressive priorities such as “Medicare for All” and eliminating student debt, have long fought for the progressive mantle. Sanders and his team have been predicting victory in the caucuses in recent weeks, but Warren has one of the biggest, most seasoned operations on the ground in Iowa and is hoping that will help her make up lost ground.

Buttigieg and Biden are competing as moderates, with Klobuchar also aiming to make inroads among progressives with a stronger-than-expected finish in Iowa. In a recent memo to reporters, campaign manager Justin Buoen argued that the Minnesota senator was poised for this moment.

“Amy’s campaign has never been about a viral moment or something that just sounds good on a bumper sticker -- it is about a steady approach and a strong organization that will peak at the right time,” he said.

With recent polls, however, showing all four top tier candidates jumbled at the top, Biden has tried to play down expectations in recent days. He told reporters Friday that while “I expect to do well” in Iowa, the state is “not as consequential … as it has been in years past.

“I feel very strongly that we have a great firewall in South Carolina,” he said, pointing to the fourth primary contest, nearly a month away.