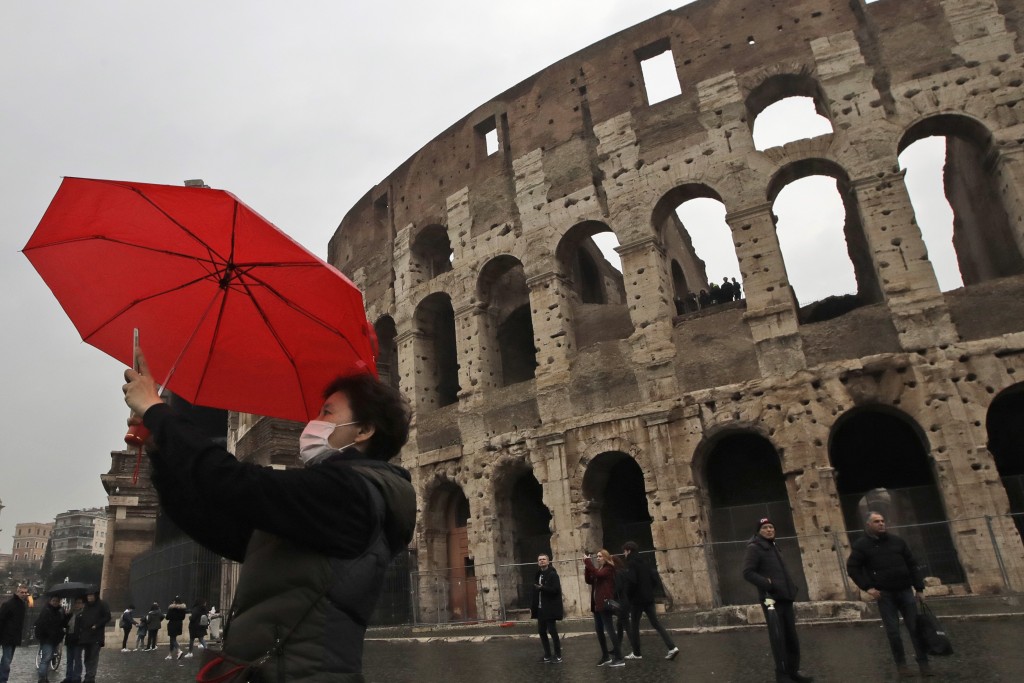 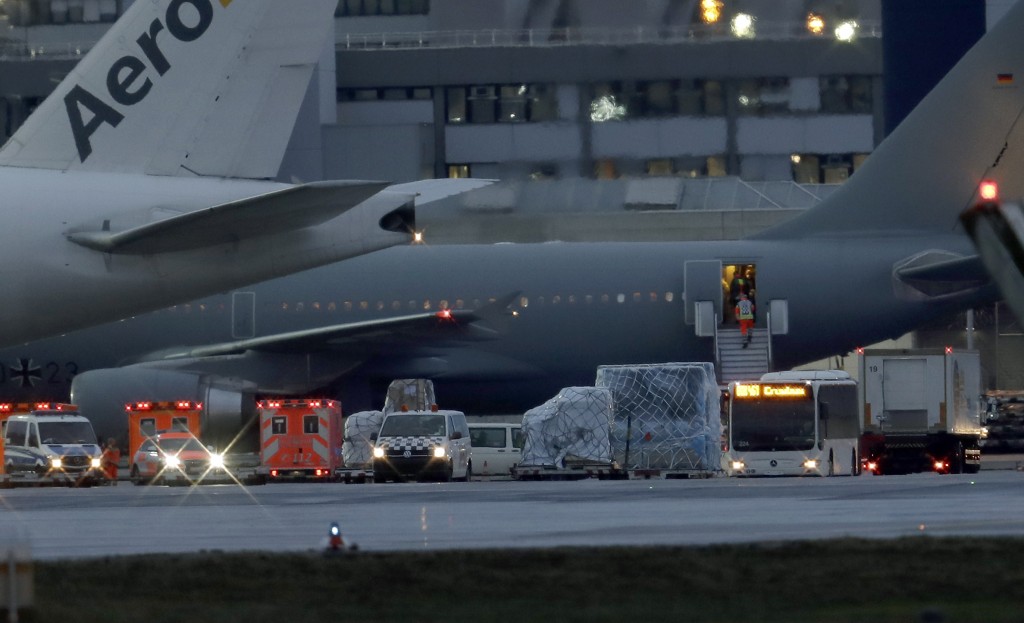 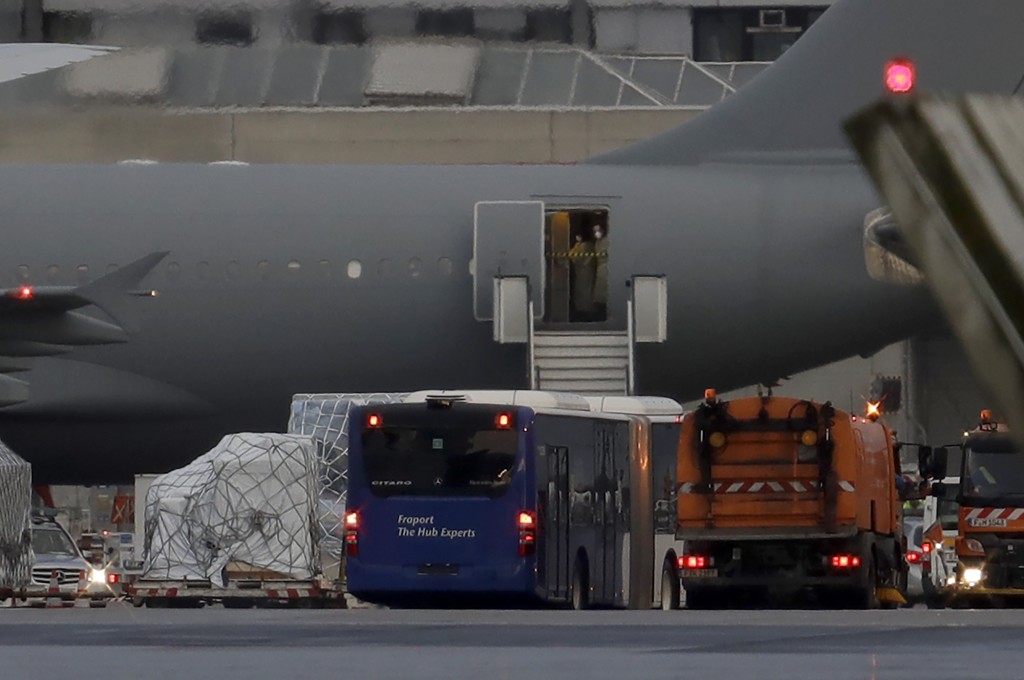 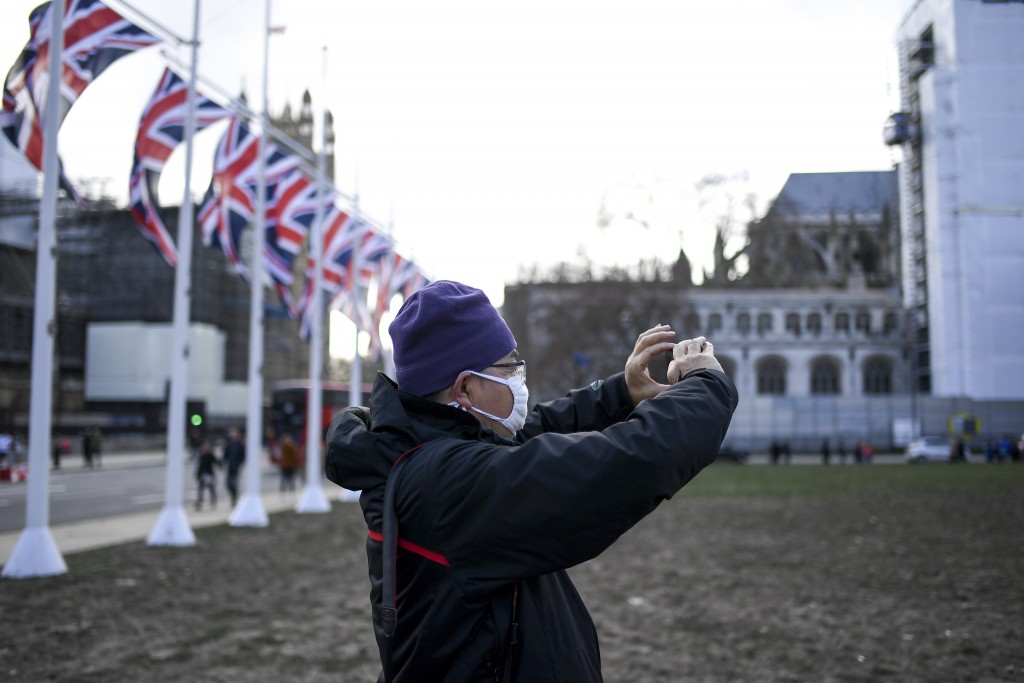 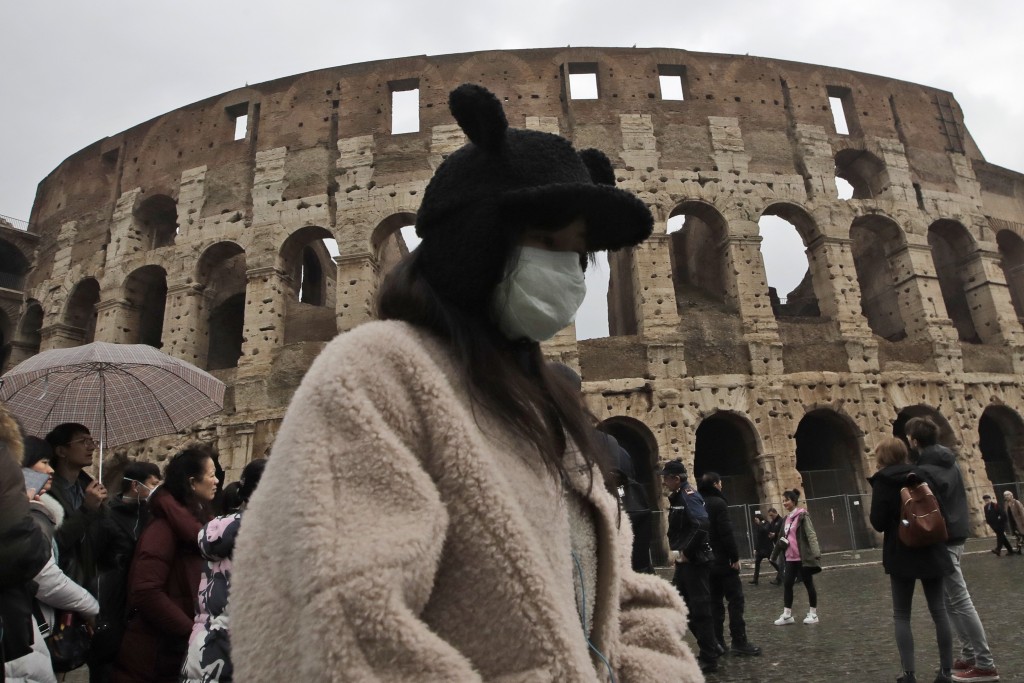 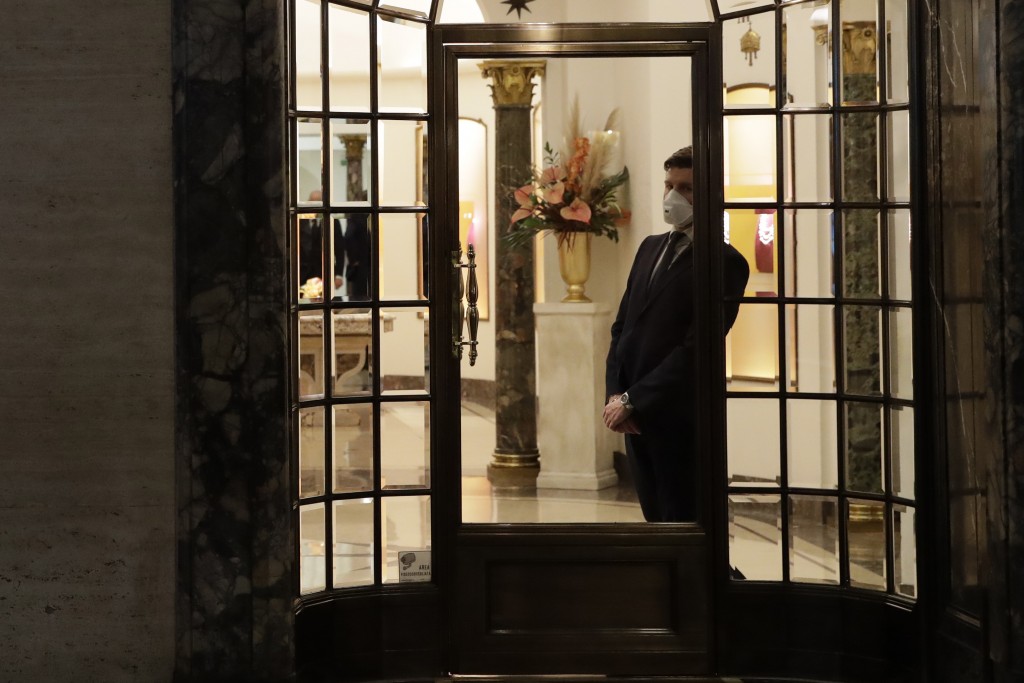 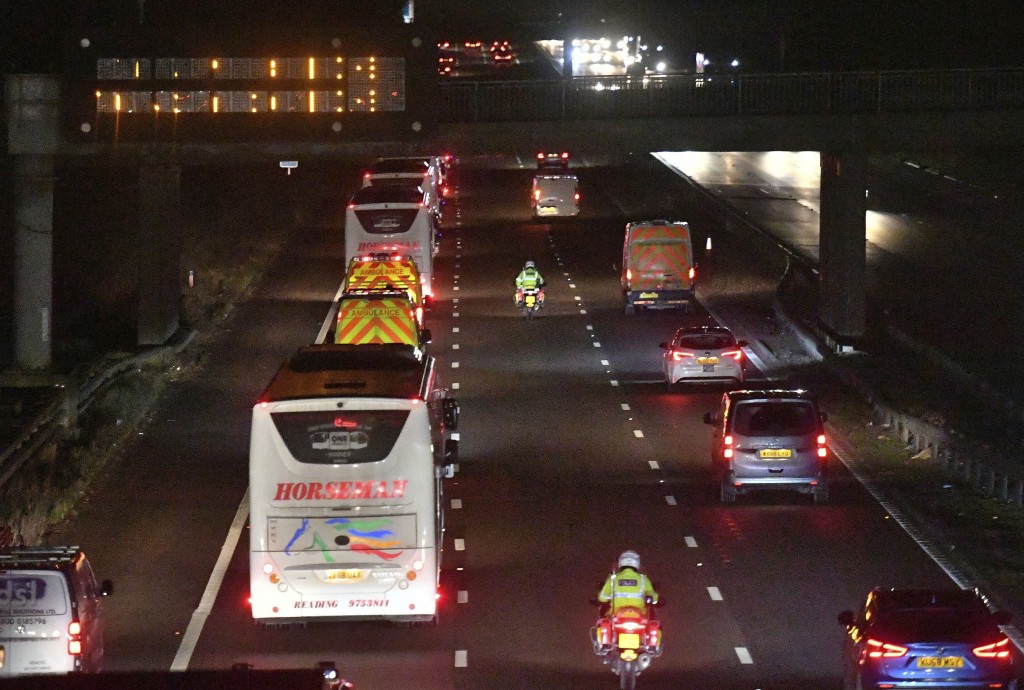 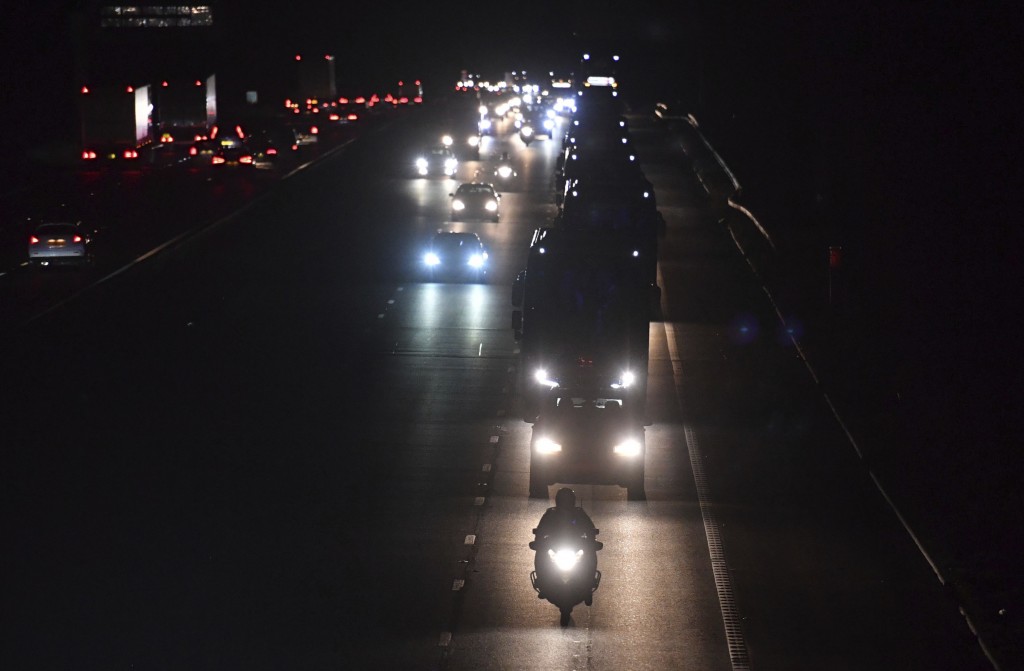 FRANKFURT, Germany (AP) — European governments ramped up military airlifts Saturday to bring their citizens back from China amid the outbreak of a new virus that has sickened thousands of people.

A German air force plane arrived in Frankfurt carrying 128 passengers who were expected to spend two weeks quarantined at a military base. Russia sent military aircraft to evacuate citizens from Wuhan and other areas of China most affected by the virus.

The German plane's arrival was delayed after it was refused permission to stop in Moscow to refuel and change the crew. Defense Minister Annegret Kramp-Karrenbauer said the plane received flyover clearance but not to land due to what the Russian side said was insufficient capacity.

“Together with the Foreign Ministry, we will certainly discuss next week what other reasons there are beyond the official explanation about insufficient capacity at the Moscow airport,” Kramp-Karrenbauer said.

Russia's RIA-Novosti news agency cited an unnamed aviation source as saying Russia was not giving permission to any third-country evacuation flights to make stops. Russia's aviation authority could not be reached for comment.

More repatriation flights are planned for Sunday, including to France. Of the 180 French people flown back from Wuhan on Friday, one showed symptoms of being infected with the virus and was sent to a Marseille hospital for testing, French Health Minister Agnes Buzyn said.

The other passengers are being quarantined for 14 days at a large, isolated Mediterranean resort not far from Marseilles on the edge of Carry-le-Rouet. The plane being dispatched Sunday also is expected to transport seven Austrians.

A flight taking off from Wuhan on Sunday is due to land at a military base in Rome early Monday bearing 70 Italians who will be be quarantined for about 14 days, Italian Foreign Minister Luigi Di Maio said. None of the returning Italians have shown any signs of contagion, Di Maio said.

Italian Foreign Ministry officials also plan to meet with Chinese Embassy representatives in Rome about how to get Chinese tourists, business people and others back to China. They are stranded due to a ban on flights to or from China the Italian government put in place on Thursday.

The Italian consumer advocacy group Codacons has urged Catholic faithful to consider watching Pope Francis’ appearance at a Vatican window on TV instead of flocking Sunday to St. Peter’s Square, where tens of thousands of tourists and Romans gather each week to glimpse the pontiff. The group said the Catholic Church should consider suspending public Masses as well.

Codacons also has called on Italian authorities to ban group tours at popular tourist sites like the Colosseum as well as access to other crowded places like theaters, cinemas and soccer stadiums during matches. There was no immediate reaction to the group's appeal.

Italian Premier Giuseppe Conte has said the situation is under control, after two Chinese tourists were hospitalized in the Italian capital earlier in the week with confirmed cases of the virus.

Italy's center-left Democratic Party in Milan announced it is promoting an evening stroll, the Italian habit known as a “passeggiata,” on Sunday as a way to combat discrimination against people from Asia or of Asian descent.

Organizers said the event in Milan’s Chinatown is aimed at combating “psychosis linked to the fear of frequenting Chinese stores and restaurants, with cases of intolerance and isolation toward people of Asian origin,” Italian news agency LaPresse said. The initiative also is also encouraging participants to dine in Chinatown.