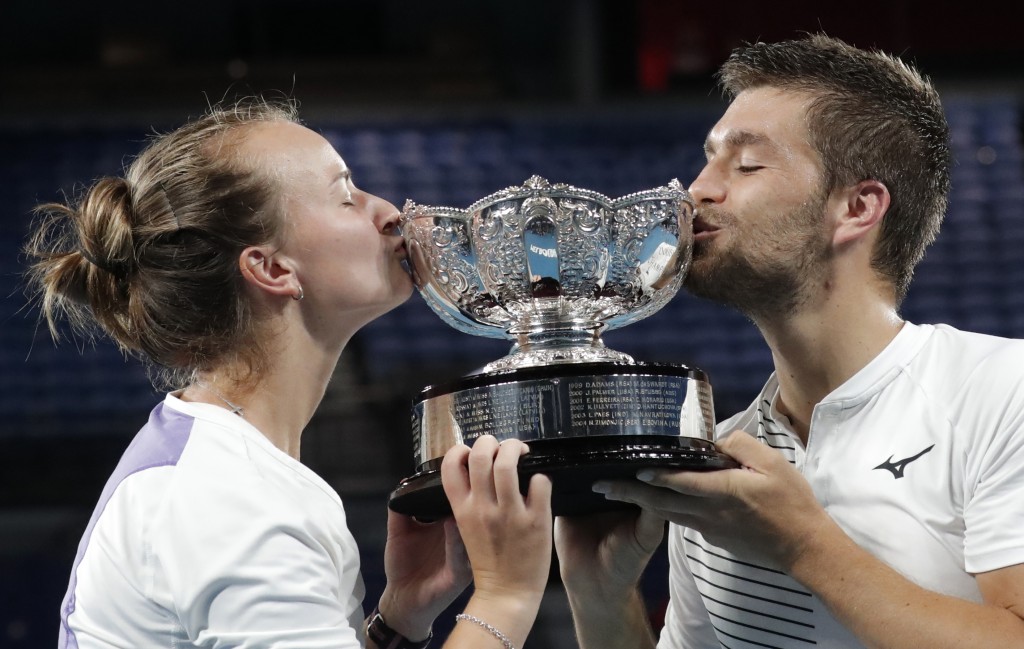 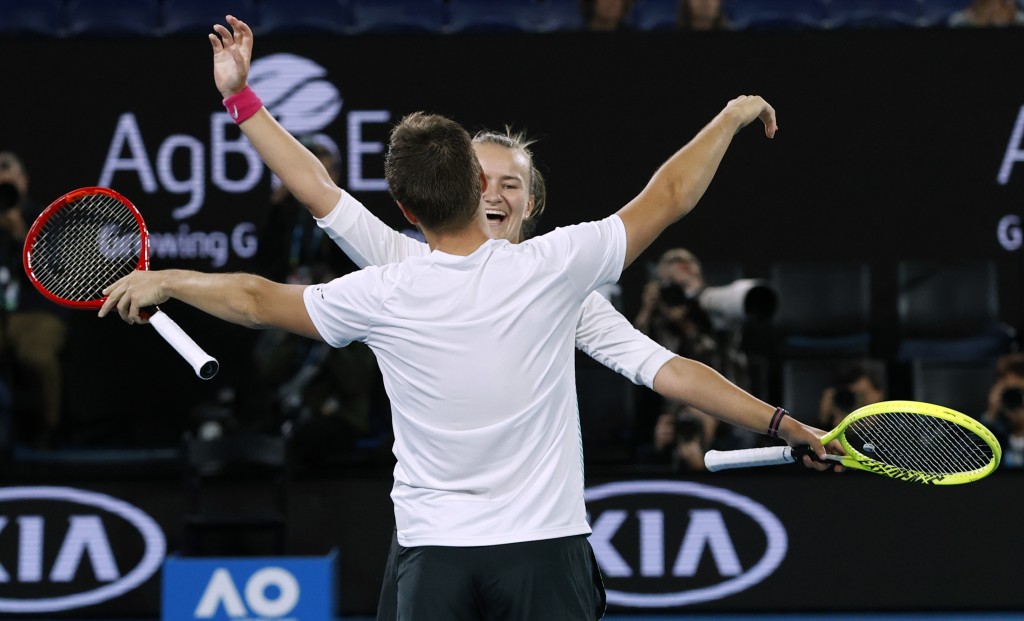 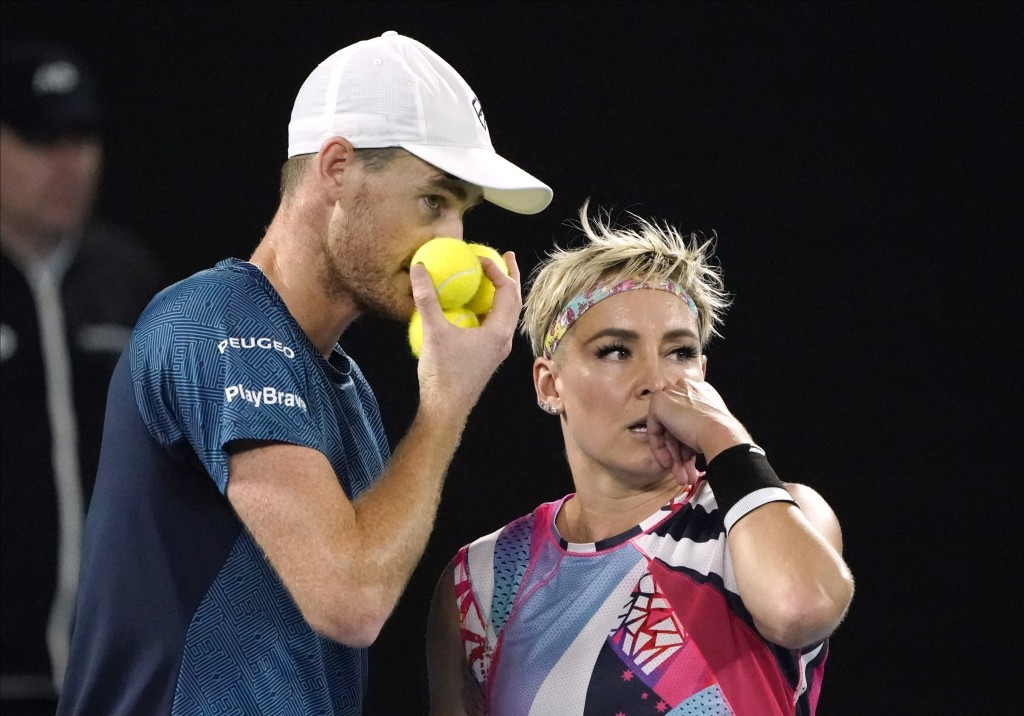 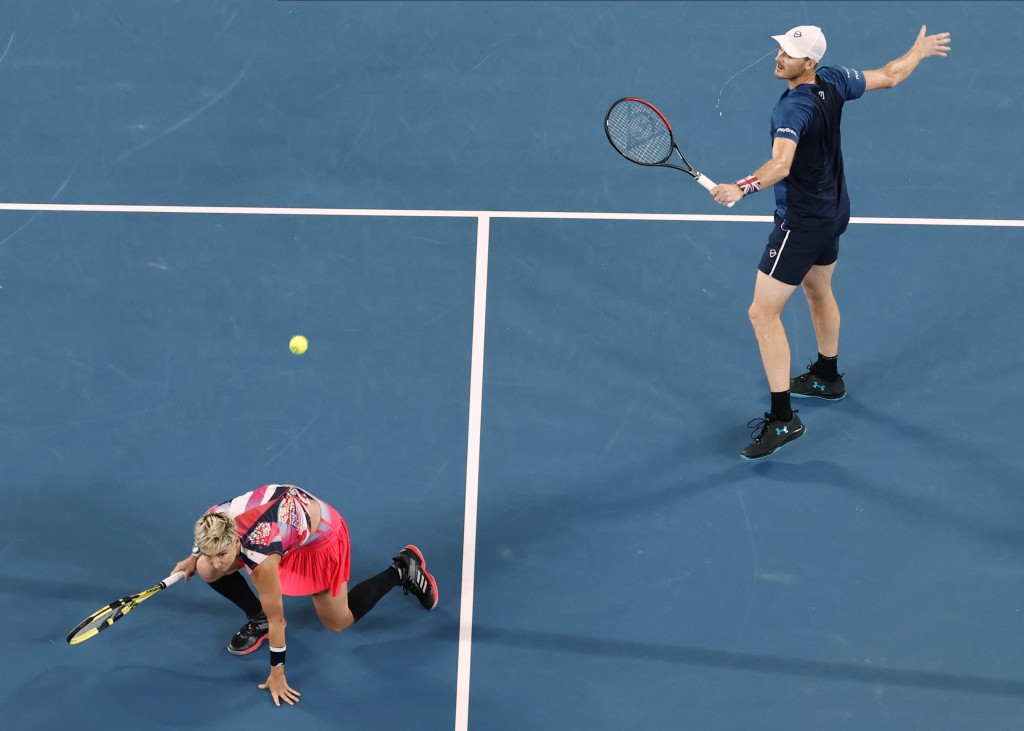 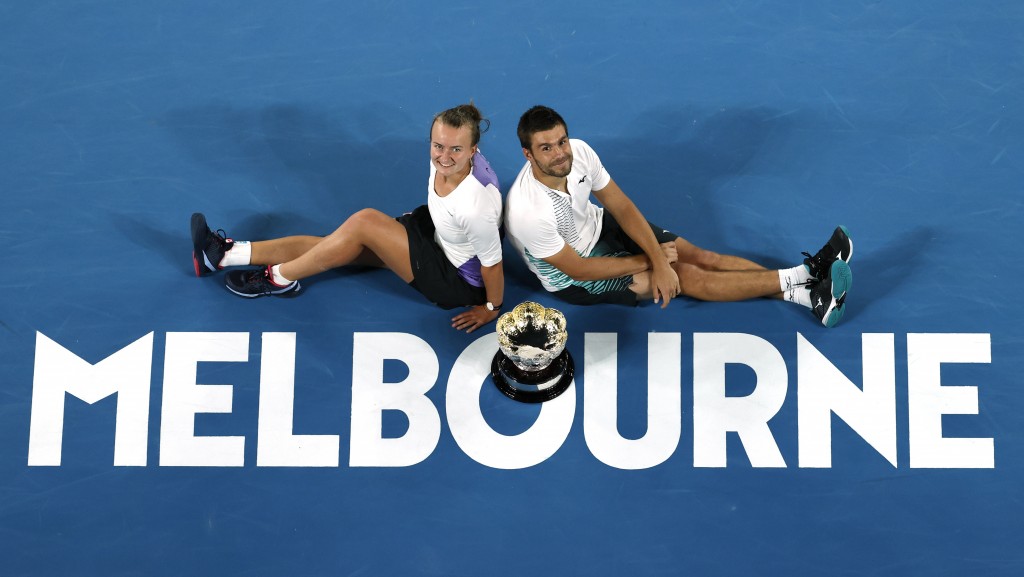 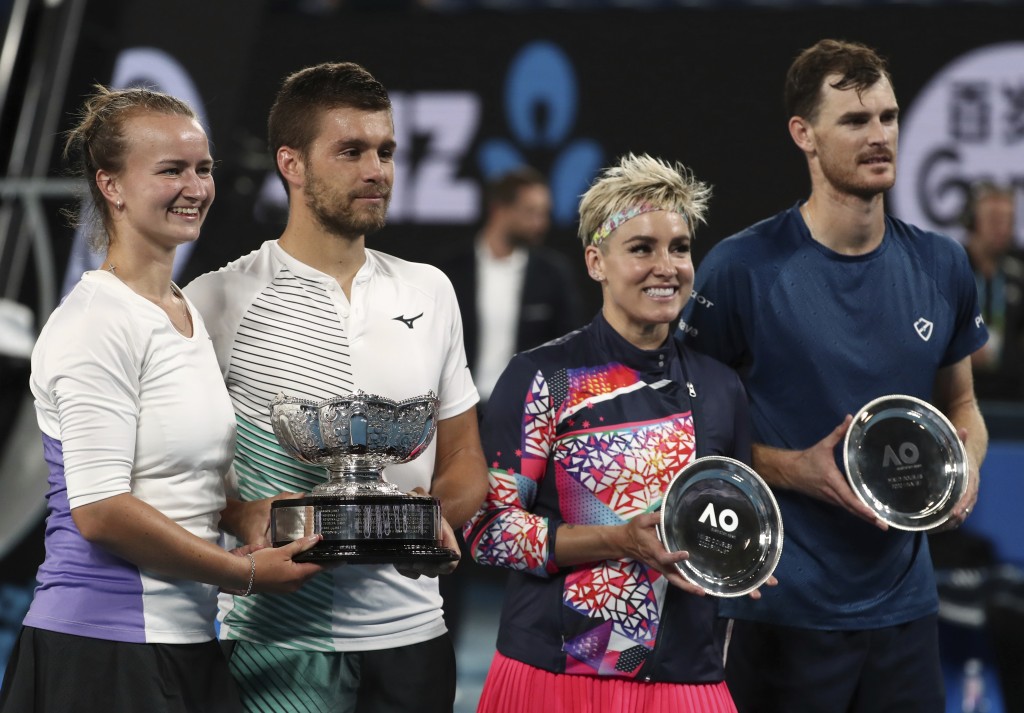 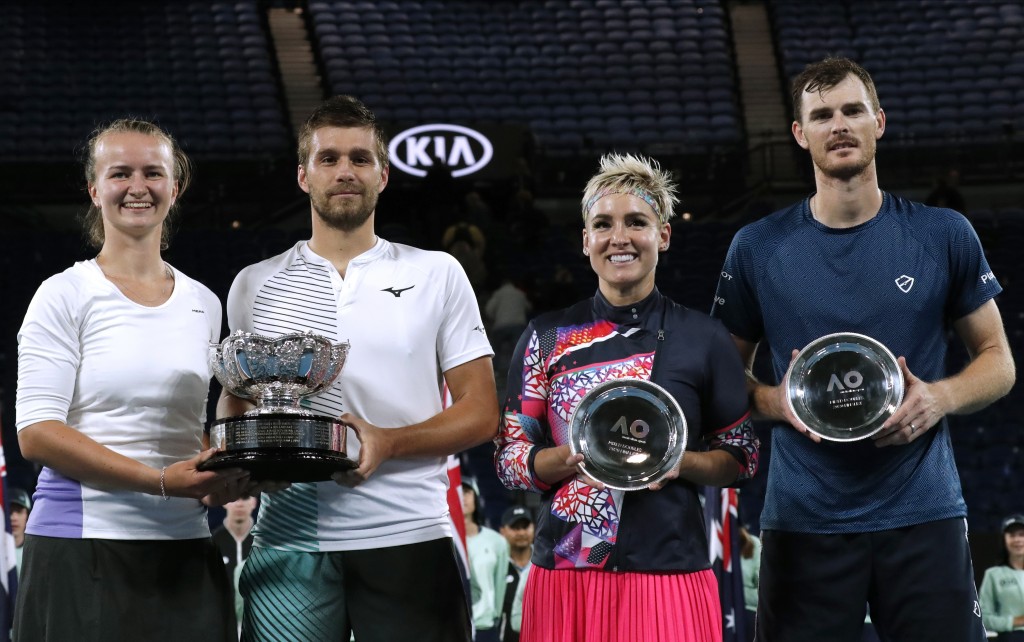 Barbora Krejcikova paid an emotional tribute to a passed compatriot when she successfully defended her Australian Open mixed doubles title.

Krejcikova and Nikola Mektic beat Jamie Murray and Bethanie Mattek-Sands 5-7, 6-4 (10-1) in a fluctuating final under the closed roof at Rod Laver Arena on Saturday night.

"It's still very hard for me to talk about it because she was really close to me," Krajcikova said. “She was living very close to me, like 15 minutes from me. I really spent a lot of time with her. I learned so many things,

“She was kind of like my mentor and my hero. Every time I play, I'm playing singles, doubles, mixed, I always try to think what she would think, like what she would help me or advise me — I just love to think of her any time I can.”

Former Wimbledon champion Novotna was 49 when she died in 2017 after a battle against cancer.

“When we started together, she was doing everything with me. She was even hitting and doing the fitness and stuff. She was really fit," Krejcikova said. “Then when she got sick, she was more about being mentor and stuff. Spent so much time with her even afterwards when she found out that she was sick.

“It was such a deep experience for me to experience what was happening and what happened."

This was the debut tournament for Mektic and Krajcikova, a daunting assignment in the final against an experienced duo with multiple Grand Slam titles.

Mattek-Sands was bidding for her 10th Grand Slam title and Murray, the older brother of Andy Murray, a five-time Australian Open singles runner-up, was chasing his eighth major doubles title.

"I had Nikola's number in my phone. I just wrote him a text message. In five minutes I got the response back. He was just so happy to play. I'm like, Yeah, let's go and try to win the title," she said.

Mektic added: "Yeah, I texted 'yes' before she has time to change her mind."

Mektic, a doubles specialist in Croatia's winning Davis Cup campaign in 2018, was playing only his second Grand Slam final after finishing runner-up in the 2018 U.S. Open mixed doubles with Polish partner Alicja Rosolska — losing that time to Murray and Mattek-Sands.