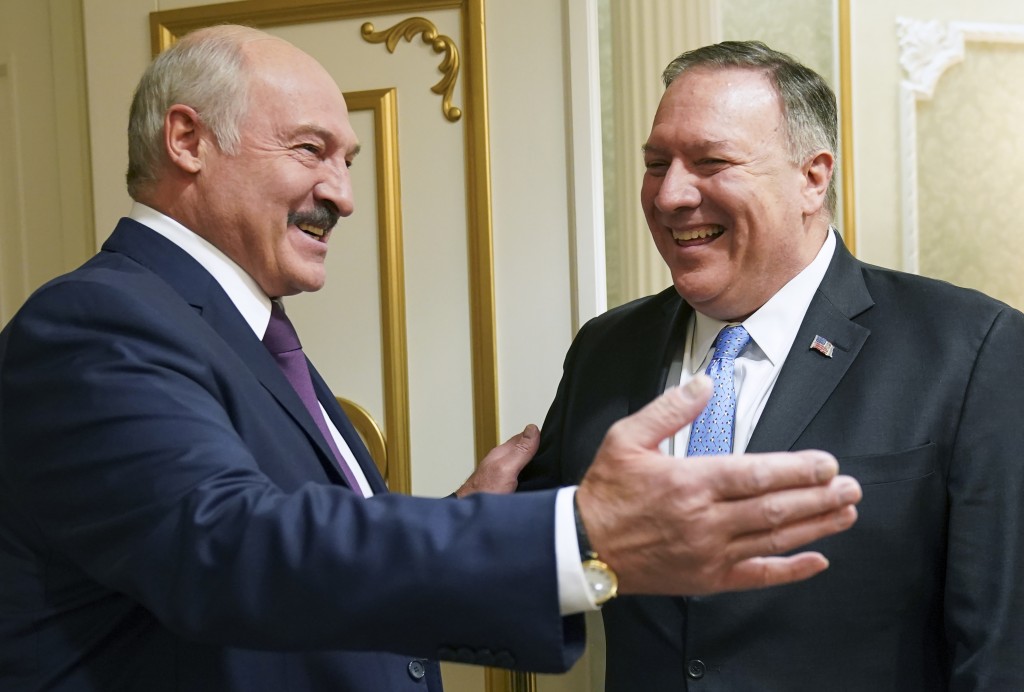 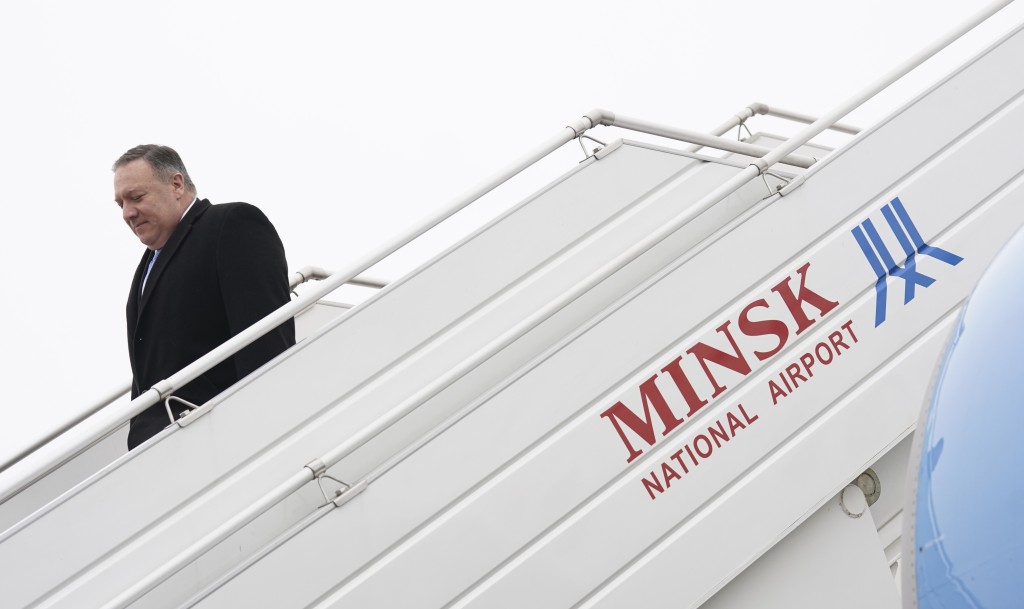 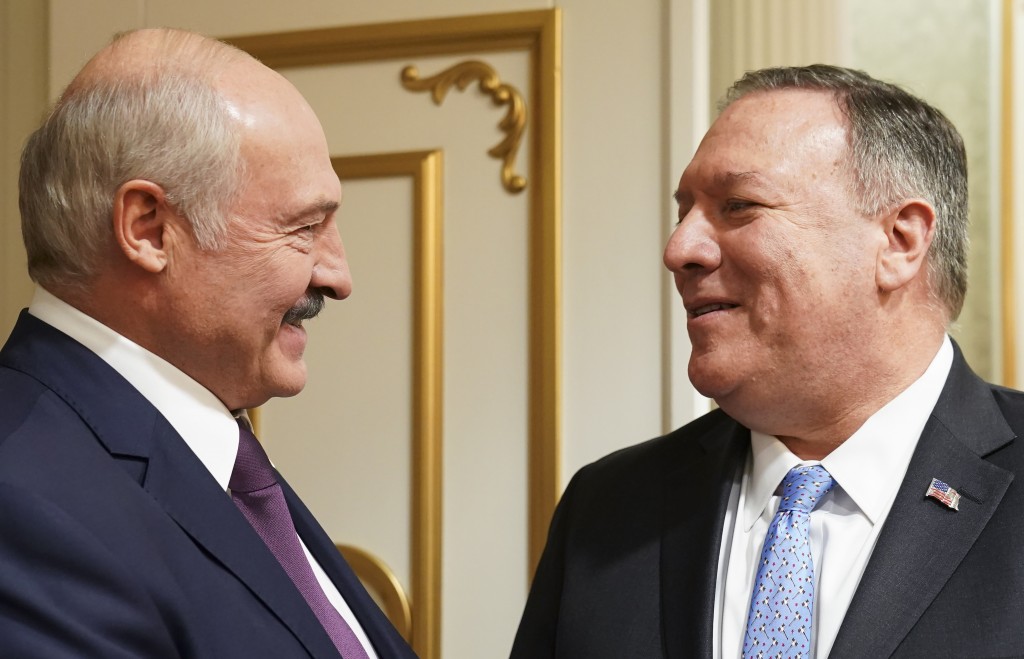 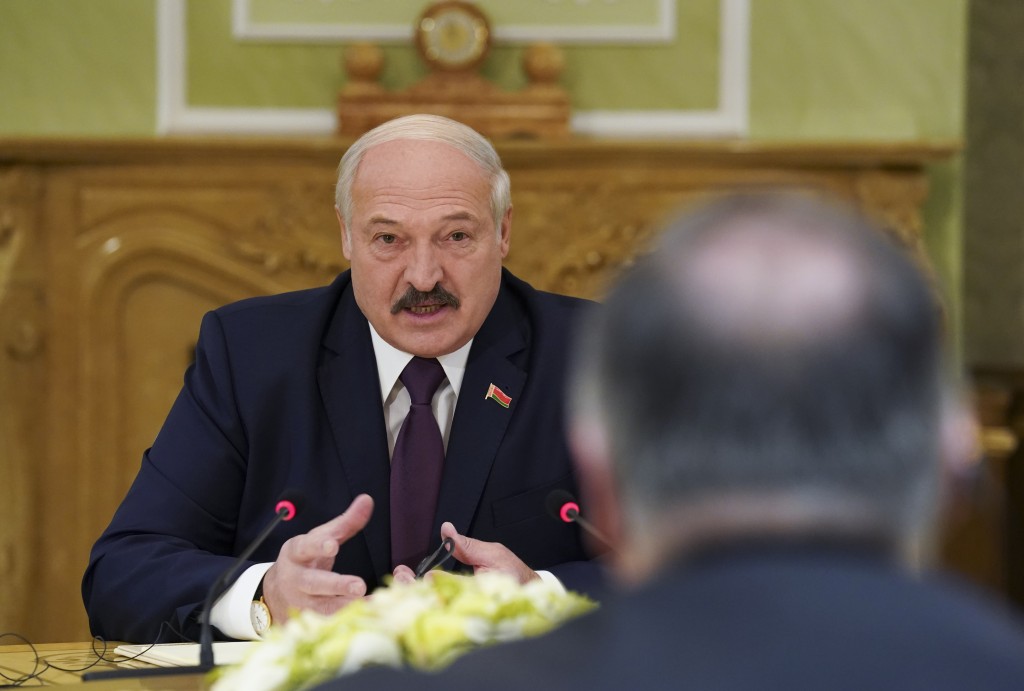 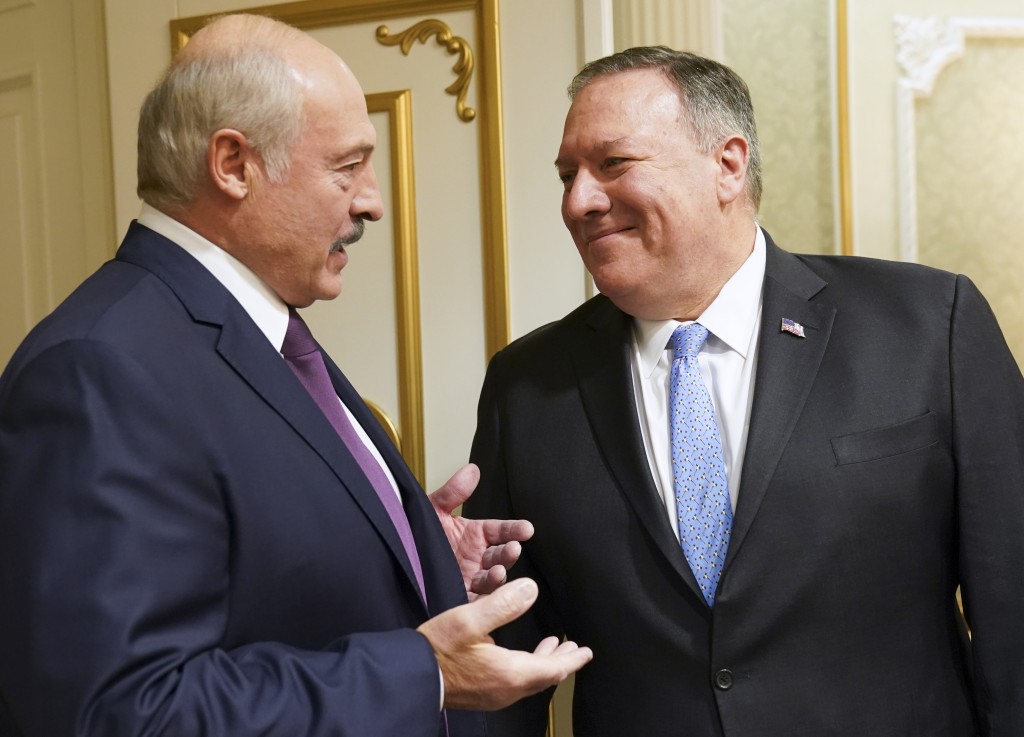 MINSK, Belarus (AP) — U.S. Secretary of State Mike Pompeo is in Belarus seeking to improve ties with the former Soviet republic as its relations with Russia become further strained.

Pompeo is the first secretary of state to visit Belarus in more than two decades and arrived on Saturday amid new tensions between Minsk and Moscow over energy. In a meeting with President Alexander Lukashenko, Pompeo said he hoped to help provide an opportunity for Belarus to achieve the “sovereignty” and “independence” it seeks.

Belarus fears Russia is trying to absorb it and last month began purchasing gas from Norway after Russian supplies were cut off. Last week, Lukashenko accused Russia, the country's main provider of cheap oil and gas, of stopping supplies “to dissolve Belarus.”

Pompeo said the U.S. wants to help fill the vacuum and will continue to boost staffing at its embassy in Minsk, which was severely reduced 12 years ago. The two countries agreed in September to exchange ambassadors for the first time since 2008.

Belarus had been a candidate to be included in the Trump administration's expanded travel ban that was announced on Friday but avoided it by taking measures to improve security cooperation and potential traveler threat information with the United States.

In addition to trying to boost American influence in Belarus, Pompeo will be urging economic and political reforms as well as improved human rights conditions — a message similar to those he will be bringing to Kazakhstan and Uzbekistan later this weekend. At each stop, Pompeo will warn of attempts by Russia and China to aggressively assert themselves in Europe and Central Asia.

Russia stopped supplying oil to Belarus after Dec. 31. The two nations had failed to renegotiate an agreed oil price for this year during drawn-out negotiations on deepening the integration of their economies.

The Russian suspension did not affect oil crossing Belarus to Europe or the supply of natural gas, but had consequences for Belarus, which relies on Russia for more than 80% of its energy needs.

Lukashenko has since vowed to find alternative oil suppliers and said Friday that Belarus is currently negotiating additional supplies with the United States, Saudi Arabia and the United Arab Emirates.

The Kremlin has recently increased pressure on Belarus, raising energy prices and cutting subsidies. It argues that Belarus should accept greater economic integration if it wants to continue receiving energy resources at Russia's domestic prices.

This has prompted fears in Belarus that the Kremlin is plotting to form a single state with Belarus to keep Russian President Vladimir Putin in power well past the end of his term in 2024.

Lukashenko has repeatedly rejected the idea, saying that Belarus would never become part of Russia.