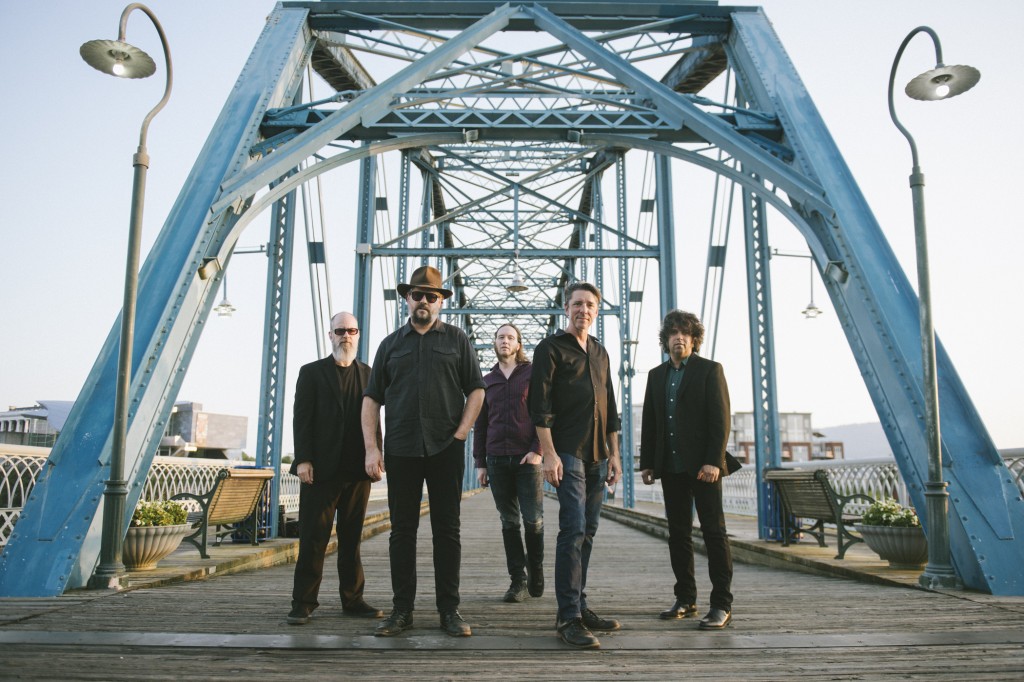 NEW YORK (AP) — For the rock band Drive-By Truckers, it's demoralizing to release angry songs about Donald Trump's America just as the president's impeachment trial is winding down toward an acquittal.

That's no reason to back down, and retreat is the furthest thing from songwriter Patterson Hood's mind as the band unveiled its new disc, “The Unraveling,” on Friday.

With the new music, together with 2016's call to arms “American Band,” an outfit that's been around for more than two decades has come into its own as social commentators. Hood's song from that year, “What it Means,” where he tried to put Trayvon Martin and the events in Ferguson, Missouri, in perspective and came up wanting, was pivotal in that transition.

“The last album was so political, my first instinct was to run in the other direction,” Hood said. "That's just how we do things. But every time I thought of the record not addressing these issues, it felt cowardly.

“Are we backing down?” he said. “All the people that were bad-mouthing us, would it be making them think they did something? They didn't win. I'm still pissed off.”

Still, it was a struggle. The goal isn't to write polemics, but songs that will touch people and not immediately feel dated. Both Hood and Jim Cooley, the band's other songwriter and musical partner for 35 years, had a hard time striking that balance even as they wrote separately.

The heart of the new record begins with “Thoughts and Prayers,” Hood's bitter dismissal of the phrase directed at victims of gun violence. In “21st Century USA,” Hood writes of “men working hard for not enough, at best” and “women working just as hard for less.” “Heroin Again” sadly touches on the drug's reemergence, and “Babies in Cages” is self-explanatory. Cooley's strongest contribution, “Grievance Merchants,” is about white supremacists.

There's no mistaking the reference to “the evil man's tirades” in the album's finale, where Hood sings “in the end we're just standing watching greatness fade into darkness.”

Yet his final two words are “awaiting resurrection,” revealing Hood as, ultimately, an optimist.

Politics is hardly foreign to the Truckers' work — and Hood, 56, recalls writing a song about Watergate when he was 8 years old — but never as overt as now, said Eric Danton, a music critic for Paste magazine.

“They've always been working class champions, a band that roots for the underdog,” Danton said. “Now you see the politics coming to the surface.”

The band's music has also become less raucous as they've gotten older, since the days of a three-guitar attack with Hood, Cooley and Jason Isbell, and more spacious. That lends greater emphasis to what they're saying.

In the days before the 2016 election, when the Truckers began playing “What it Means” at a California gig, more than a third of the audience protested, holding up “blue lives matter” signs and then leaving en masse. Hood and Cooley shot each other a look as if to say, is this how it's going to be?

“They paid money to walk out,” Hood said. “We just keep going. We let it fuel the fire. We're stubborn. We don't like people telling us what to do.”

They're a rock band that sings in deep Alabama accents, on a stage set with a “black lives matter” sign in clubs and theaters across the nation. They're not just preaching to the converted. They've lost some fans in the Trump era, but gained others.

“The majority of our fan base are smart people who love music,” Hood said. “They know who we are and what we're about. We fortified that part of our fan base. I think they were proud of what we were doing. We were proud to have T-shirts that had ‘resist’ on them."

It's notable on “The Unraveling” that Hood's family — he and his wife have a teenage daughter and a son now 10 and live in the Pacific Northwest — is mentioned in three of his songs.

Some of what he wrote was triggered by conversations with his children. Hood was furious when his daughter told him that they had a “lockdown drill” in her school to plan for a potential shooting, with many not aware it was a drill.

His children are aware of what is going on around them, maybe too aware, as Hood learned when his son saw stories of children seeking to come into the United States being detained at the Mexican border.